Before we get to today's story, a quick recap on all the things we covered this week. On Monday we spoke about twin deficit warning, next we saw whether Indian cars were getting a makeover. On Wednesday we talked about the GST council meeting, then we discussed Tata Group's attempt to capture CO2 and finally we reviewed the debate on bank privatization

If there’s one stock that has been plagued by controversy in the recent past, it’s Brightcom Group (BCG). Just type Brightcom on Twitter and you’ll see what I mean. Folks either love it or they love to hate it; there’s no middle ground.

Naturally, the big question is this — What explains this rise and fall of Brightcom?

Well, let’s take it from the top and trace the company’s history. Because that’s a story in itself.

In 1994 two US-based techies Suresh Reddy and Vijay Kancharla teamed up to set up a service that most youngsters would scoff at today — online greeting cards. Yeah, it sounds a bit silly. But remember, this is 1994, the early days of the interweb. At the time, e-cards were quite the rage and our protagonists decided to invest their time and money in setting up USAGreetings.com and made it their full-time calling by 1998.

But as the dot com bubble broke quite catastrophically, they decided their business needed a fresh coat of paint and so they embarked on a total rebrand. They were now called Ybrant Technologies. With the new name, they also switched tracks and ventured into the internet advertising arena. They realised that businesses would increasingly resort to selling their wares on the internet and they wanted to lead the charge.

But soon, growth stagnated and they needed something different. Something big. So they turned to one of the oldest names in the world of search engines — Lycos Internet. And they bought out the company in 2010. Now in case you haven’t heard of Lycos, know that they were one of the early pioneers in the online search domain. But after Google came along, they kind of lost their mojo. In any case, Lycos already had a brand name recognisable in many parts of the world. So in 2014, Ybrant decided to adopt the name and rebranded once again. And with the rebrand came another change of track. This time they went after bigger things — Wearables. They introduced Lycos Life branded smart wristbands and rings to track fitness and sleep.

But analysts tracking the company weren’t exactly impressed. Especially with some of the claims, Lycos was making at the time. They were talking about the Internet of Things and tech capabilities that were seemingly too far-fetched. Deepak Tewary, a research analyst with SPA Securities Ltd said this back in 2015: “There is no link. This shows the company is not really focused on what exactly they want to do… Suddenly why do they want to jump into Internet of Things [IOT]? Internet of Things is totally different and a lot of investments are needed in this.”

Needless to say, the stock plummeted by 90% over the next 5 years!!!

Oh, and I almost forgot. In 2018, the company decided to rebrand itself again to Brightcom Group because of alleged disputes with Lycos! The only constant through these many years seem to be the founders — Suresh Reddy and Vijay Kancharla.

So, what is the company up to these days?

Well, its focus is on digital advertising — a segment that currently forms 65% of total global ad revenue and is expected to rise to nearly 75% in the next five years. And with the clientele that Brightcom claims to service — Airtel, Qatar Airways, Vodafone, Samsung, Unilever — you can see why it could actually be in a bright spot!

And of course, investors got excited. Popular figures like Shankar Sharma of First Global had also jumped into the fray and called it a “4AM stock” in November 2021. A reference to how “the world is sleeping on it but a faint bit of light is creeping up at the edges.”

Retail investors who read media reports of the new multi-bagger in town poured into the stock to ride the wave — From owning 12% of the company in July 2021 to owning 18.50% in March 2022, they wanted more.

But there were some big problems. For starters, the company primarily grew through acquisitions — by buying other companies outside India. And as such, the company is recognising most of the big money outside India. This in itself isn’t a cause for concern. But on February 28, Brightcom announced that it had received a notice from the market regulator SEBI. They commissioned a forensic audit for the period between FY15 and FY20. They wanted to investigate a few discrepancies in their financial statements and they said they had “reasonable grounds” to do so.

Brightcom assuaged fears by saying that this was simply a confusion precipitated by a rule change in Europe, but there was another issue with the whole episode. SEBI has actually sent the notice nearly 6 months prior! In September 2021! And the company didn’t reveal it to the public. Obviously, since investors were in the dark, the stock price kept rising.

So, the question is — did the company intentionally try to hide news about the audit?

We don’t really know. You see, Brightcom says that it had written to SEBI trying to explain why an audit was not necessary. And since there was a possibility that the audit could be called off, they decided against immediate disclosure. But as soon as the regulator responded in February saying that the audit would in fact go on, Brightcom disclosed it.

Another allegation against Brightcom Group is that promoters have been dabbling in some very interesting transactions. The Morning Context reported that Brightcom’s promoter Suresh Reddy and others sold almost 90% of their shares and “the stake dropped from 19.74% on 25 January to a mere 2.16% on 30 March”. But then, Suresh Reddy became a partner in 4 separate entities — Aradhana Commosales, Kalpana Commosales, Sarita Commosales, and Shalini Sales who in turn held significant ownership in Brightcom.

In fact, if you look at the exchange filings on March 30, it shows that the promoters still held 18.47% of the shares, which is technically true.

Now the question is — Why would anybody do such a thing?

Why would the promoters sell their stake and then become a partner in another entity which still held significant ownership in Brightcom?

Well, we don’t know. But hypothetically, if you were a savvy promoter, you could make a windfall selling the shares if the stock kept soaring to new highs every day. You could become very rich, very quickly. The only problem? Doing so would spook retail investors. They'd worry if the owner was bailing. But if you sold at one end and then made a purchase elsewhere (at a much lower price), keeping your total shareholding level intact, it wouldn’t exactly trigger alarm bells, no?

However, the promoters were still obligated to disclose the fact that they sold shares by the truckload, which they never did. So that’s definitely a bummer.

Finally, people have also raised questions regarding the company’s auditors, the colossal trade receivables (money owed from clients for services), bonus shares, and constant flip-flops in strategy and branding.

But despite all this, there’s a steady group of people who still believe in the gospel of Brightcom — some 7860 members of the “Brightcom Group Investors Group.” They continue to hold great conviction in the company’s prospects and we hope that their conviction pays off. 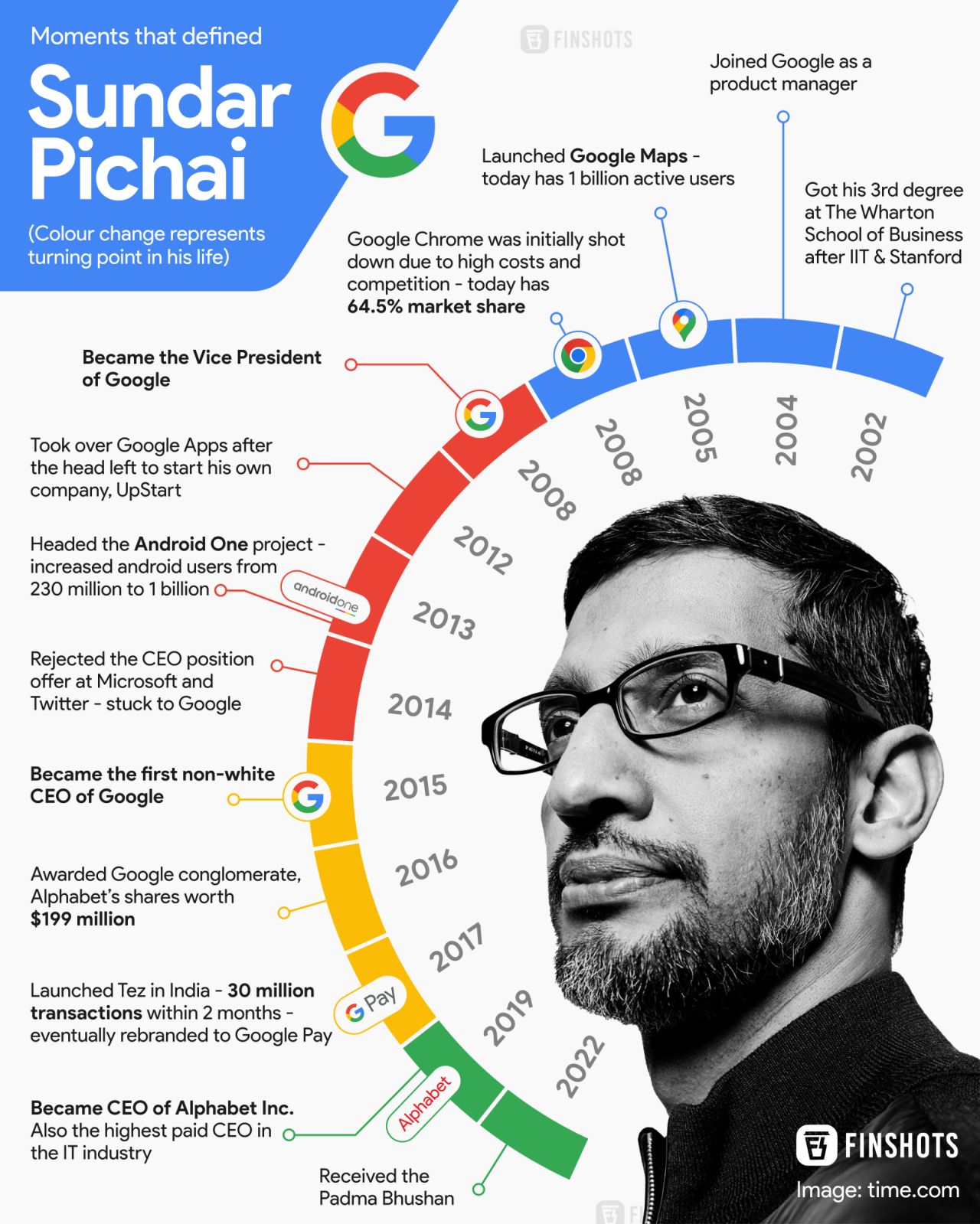 A timeline of all the events that led to Pichai's roaring success. 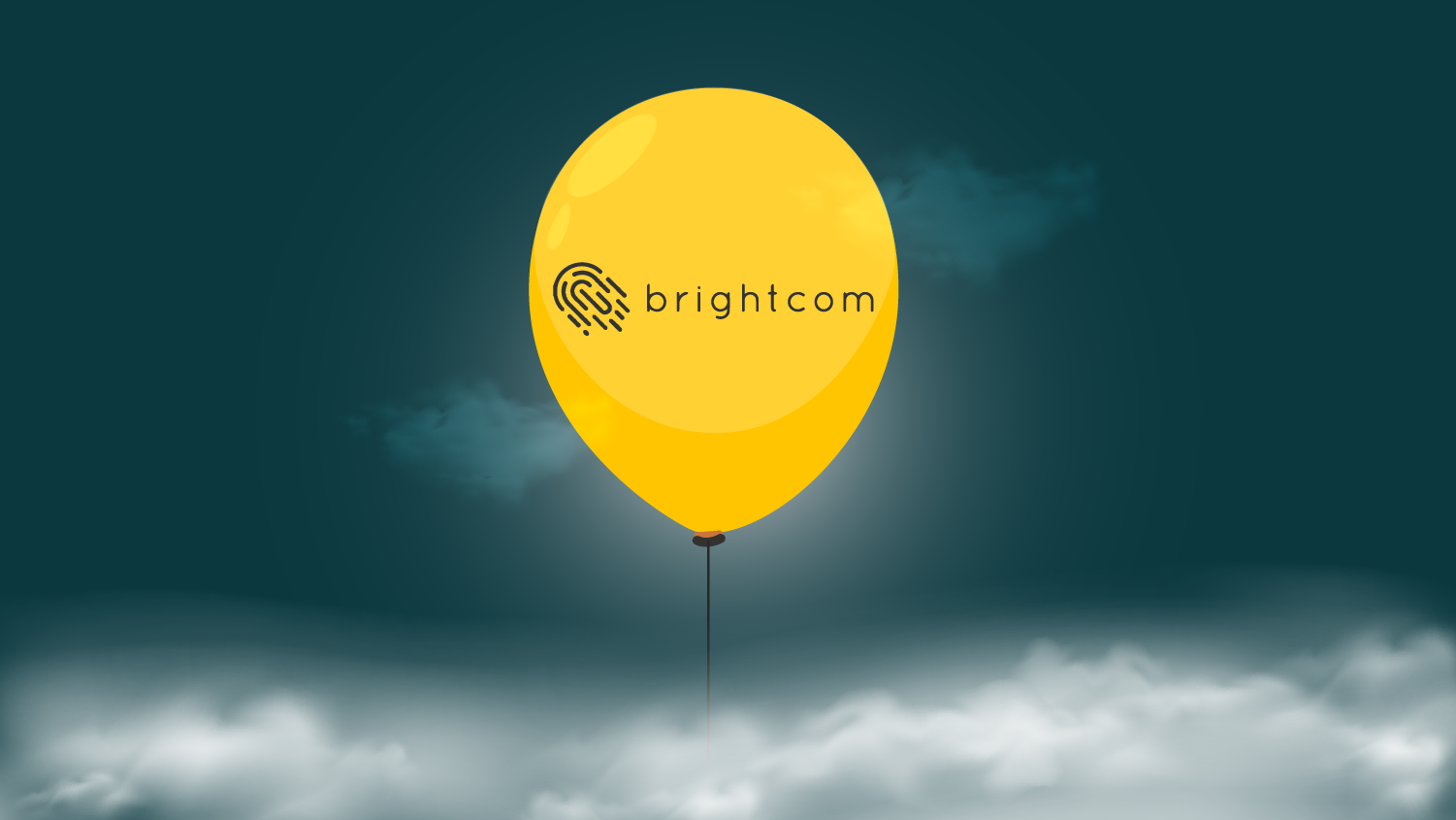 An explainer on all the controversies plaguing Brightcom Group