Before we get to today's story, a quick recap on all the things we covered this week. On Monday we did an explainer on SWIFT, next we discussed a potential market rally. On Wednesday we talked about the popular game Free Fire, then we discussed the extraordinary IPCC report and finally we saw how Ukraine is using war bonds to fund its defence.

And with that out of the way, let's get to today's story shall we? It's about Future Retail

For 18 months, Amazon and Reliance have been locked in a battle for Future Retail Ltd (FRL) — the entity that owns and runs Big Bazaar, Nilgiris, fbb, Easyday, Central, and Brand Factory. And while they’ve been tussling over the retail giant for a good 2 years now, the drama may finally be coming to a close as Amazon and Reliance finally agree to sit down and sort their differences.

Even Future Retail’s share price has rallied close to 15% in 10 days.

So what do we make of this?

Well, let’s get to the backstory first. In 2020, Future Retail was running out of money. It had copious amounts of debt. Its stores weren’t doing all that well. Its employees were worried they’d lose their jobs and lenders were convinced they weren't getting their money back.

Then, all of a sudden, Reliance came through like a knight in shining armour. They were willing to take over the company and pay nearly ₹25,000 crores for retail assets belonging to the Future Group. They even promised to keep the 30,000 employees on their payroll. Everybody was happy.

But just when you thought the deal was about to be consummated, Amazon intervened. They were livid that Future Group was selling a sizeable part of its retail business to Reliance without their explicit consent.

And they had a point. A year earlier, Amazon had invested close to ₹1400 crores in Future Coupons. This company in turn held a small stake (~10%) in Future Retail. And while that may not have been problematic in itself, Amazon only made the deal because it gave them special rights to assets held by Future Retail Limited. For instance, based on the shareholder agreement, Future Group could not sell the likes of Big Bazaar and Nilgiris to some “restricted persons” including Reliance.

So immediately, Amazon decided to approach the Emergency Arbitrator at Singapore International Arbitration Centre (SIAC). And the Emergency Arbitrator ruled in favour of Amazon. They offered the Internet giant interim relief and explicitly forbade Future Group from completing the transaction. But despite the ruling, Future Group simply chose to push through nonetheless.

Well, they’ve been duking it out in courts trying to complete the sale anyway. But more recently, Reliance began taking over Future Retail’s stores by doing something very interesting.

Future Retail has already been bleeding money and they haven’t been able to come good on the lease payments. So Reliance transferred the lease on some of these stores in its name and sublet them to Future so that they could continue operating the stores.

From Reliance’s point of view, this is a no-brainer. If Future stores continue to shut shop, they will have nothing to acquire. So they had to throw a lifeline. However, since Future is now subletting these properties, they’re obligated to pay Reliance. And since they couldn't do it on time, Reliance began taking over the stores.

In fact last week, Reliance started removing the ubiquitous blue and orange Big Bazaar signage and started rebranding it. And voila, everyone woke up to this news. Amazon was annoyed to no end. They believed Future Retail was transferring assets to Reliance despite the arbitration order. There were rumours that they were going to file a criminal case against Future Retail.

It would have made matters so much worse.

But now it seems, everybody’s tired of this whole charade. Reports suggest that both Amazon and Reliance are finally willing to sit together and hash out their differences. In fact, the Supreme Court has extended a deadline. By March 15th, they expect everyone to find a solution. Because if they don’t, everybody loses — the employers, the shareholders and some 27 banks that have already made provisions worth ₹9,000 crores due to non-payment of dues.

So what happens now? Well, if there is no consensus, Future Retail will continue to bleed money and they will likely be dragged to bankruptcy court. And that would leave shareholders in a lurch.

However, if the deal does go through, then shareholders will be left with non-retail assets belonging to Future Enterprise limited as shown below.

Sure, it won’t exactly blow your mind. But it’s still something.

Either way, let’s hope the matter reaches a close by the 15th of March. 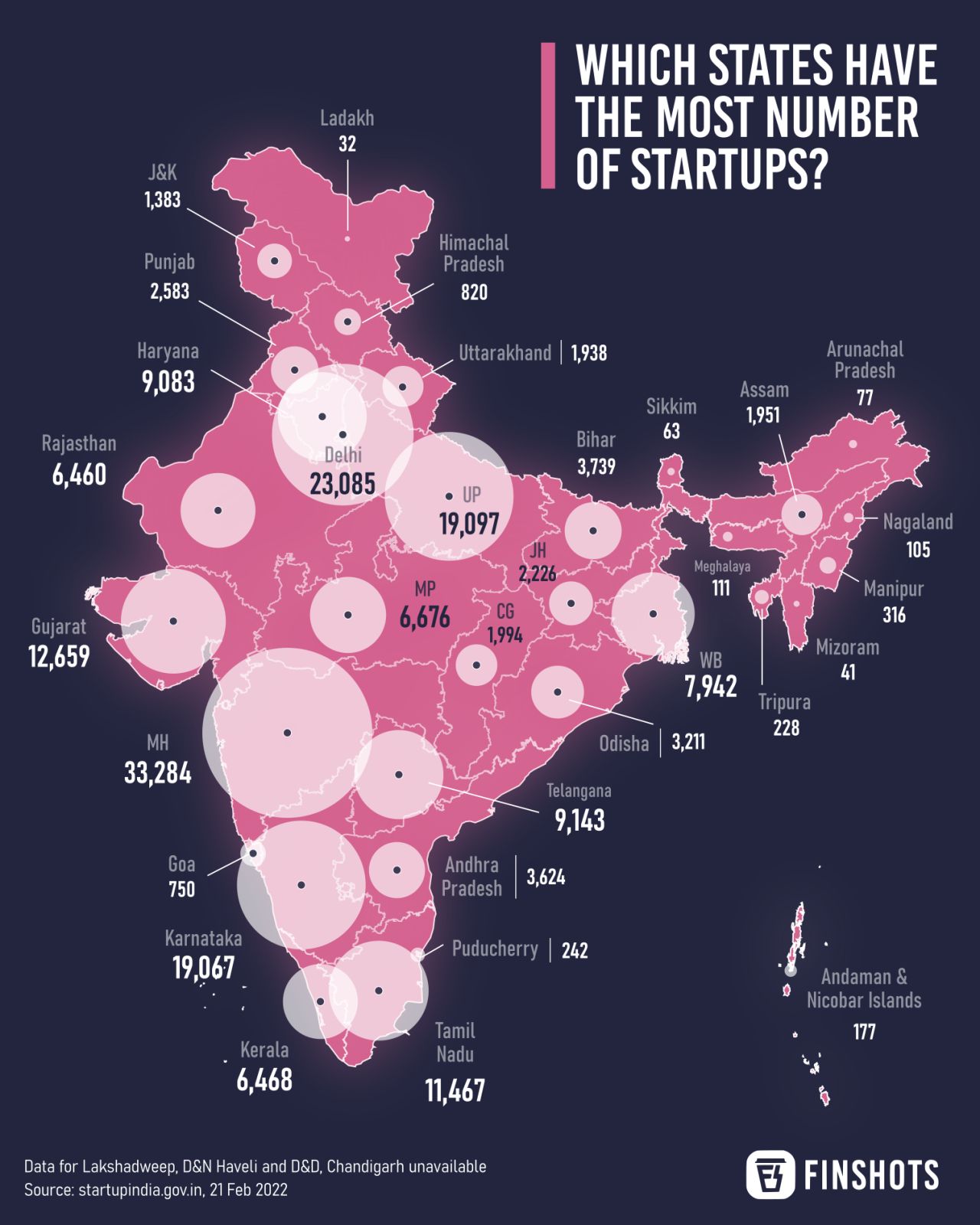 Here's an infographic depicting where most of India's startups reside. 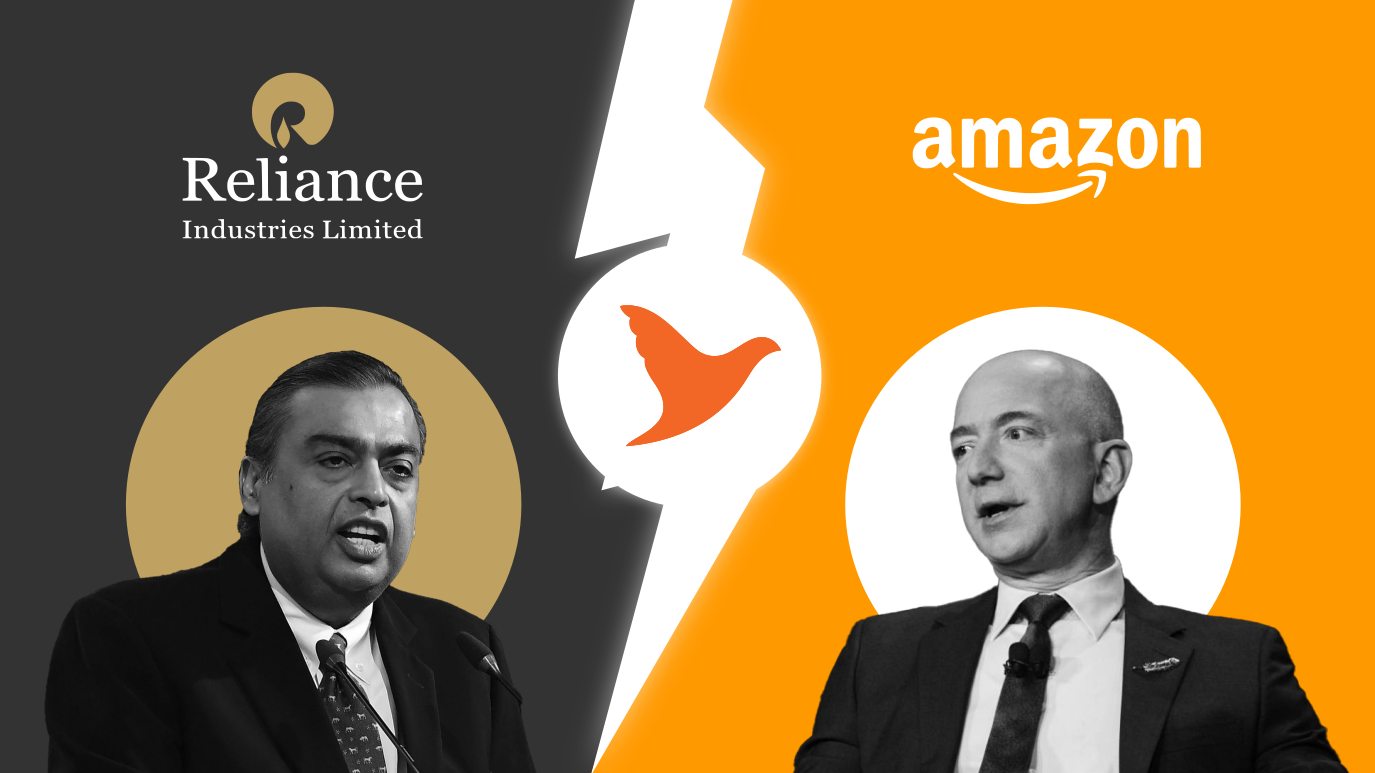 Finshots
—
Is the fight for Future Retail finally coming to an end?
Share this