What can a company do when it has excess cash in its coffers?

Well, for starters it could reinvest this money. Pick up a new project or an idea and work on it. Or snatch up a smaller company in a different domain and improve its growth prospects. But if these options are limited, it could choose to reward its shareholders by sharing the proceeds with them.

They could do this by paying out dividends i.e. dividing a chunk of these proceeds among shareholders based on the quantum of their holdings. Or they could do a share buyback — wherein investors are afforded the opportunity to sell their shares back to the company at a premium.

And while both avenues try to achieve the same objectives, there are subtle differences. With dividends, the company is forcing money down your throat whether you want it or not. But that’s not the case during a buyback. The shareholder can choose whether they want to ‘sell’ their shares back to the company or keep them.

Also, there are two ways in which companies can execute buybacks.

The tender offer — In this case, the company makes an offer to buy back its shares at a particular price. It says, “I will buy back a total of 10,000 shares at ₹100. This is 20% higher than what the stock is currently trading. You can part with your shares by filling out a form/online application over the next 2 weeks.”

The open-market offer — Everything happens on the stock exchange in this kind of buyback. The company says, “Listen, I want to buy back the shares from you. But the maximum amount I’ll pay is ₹100. You can sell the shares on the stock exchange and I’ll buy them from there. We won’t get into a direct transactional relationship. And this offer will be open for the next 6 months”

Now there’s a big difference between the two methods.

See, in the tender offer, when the company said it will pay ₹100, that’s exactly what it will pay. The price is fixed. If you’re a shareholder who’s selling the shares, you know that’s the price you get.

However, in the open-market offer, everything is routed through the stock exchange, and the price can vary. The ₹100 figure indicates the maximum sum the company is willing to pay. It could end up buying 5 shares at ₹85. It might buy another 5 shares at ₹90. And the final 10 at ₹97.

So unlike the ‘tender route’ where the price is predetermined, the open-market offer introduces several possibilities. They could end up shelling less money than they originally envisioned and shareholders could walk away a bit disappointed with all this.

Which begs the question — “How is Infosys doing its open offer?”

Well, it’s going down  the ‘open-market’ route. The offer opened on 7th December 2022 and it was planning to buy back shares at a maximum price of ₹1,850 per share. But the original announcement came way earlier. They announced the buyback on 13th October when the company shares were trading at just ₹1,414. That meant Infosys was ready to shell out a premium of nearly 30%. This is gain that shareholders were expected to pocket. But because of the ‘open-market’ offer, shareholders may not make as much money as they originally intended.

Okay, that explains the intervention. But why even conduct a buyback in the first place?

See, back in 2019, Infosys promised to conduct an annual exercise — return 85% of its free cash flow to investors. It has excess cash and it’s returning it. And this is the fourth buyback since 2017. So it was kind of expected.

But of course, there are other factors.

You see, dividends don’t really push the stock price upwards. In fact, after a dividend is paid out, the share price usually tanks by a similar amount. But buybacks help prop up the share price. When a company is willing to pay 30% ‘extra’ or a premium on the price at which the stock trades, then it’s telling investors that the stock is undervalued. They are putting money where their mouth is and it can fill investors with some degree of confidence. Needless to say they may want to lap up the shares at this point.

But there’s another thing that buyback does to companies — it pads up the EPS. Or the earnings per share.

Let us explain. When a company initiates a buyback, it reduces the number of shares in the market. For instance, let’s say that a company had 100 shares and makes profits of ₹500. Its EPS is ₹5. Now, if it decides to buy back 20 shares from its shareholders, it’s basically retiring these shares from the market. The company now only have 80 shares available. Suddenly, the EPS changes. It’s now ₹6.25. It looks stunning. Basically, shareholders now get apportioned more ‘earnings’ for every share they hold.

It’s not just that. The company looks cheaper from a valuation perspective. If the company’s share price was ₹200, the price to earning multiple which was earlier 40 times (200/5) also drops to 32. It looks like a bargain and could convince more investors to back the company.

So yeah, it helps with optics also. But Infosys may have to rethink this strategy in the next few years.

Because it seems as though market regulator SEBI isn’t particularly happy with the open-market kind of buyback. They think that giving a company six months to buy back the shares is too much time. They want to cut it down to 66 working days by April 2023. And then slash it to 22 working days from April 2024.

Their rationale is simple. They said, “This may result in artificial demand being created for the relevant company’s shares during such an extended period of time and trading of shares occurring at an exaggerated price. Allowing for an extended buyback period thus prevents efficient price discovery.”

Take Infosys for instance. There’s no denying that IT stocks, including Infosys, have been in a bit of a rut in the past year. While the benchmark Nifty 50 index has delivered a 6.5% return, the Nifty IT index, made up of only software companies, has fallen by 16%.

When Infosys announced the buyback, its share price rallied. Shareholders know that over the next 6 months, Infosys will buy shares at a price of ₹1,850. And this creates artificial support for the stock price.

But there’s one more thing. SEBI actually wants to put a full stop to this open market buyback route by April 2025. They want all companies to go through the tender route. At least that’s the proposal for now.

Why? We can’t say for sure. But it might put a spanner in the works for Infosys’ favourite buyback strategy.

Anyway, the next time a company announces a buyback, you know what to keep in mind!

Ditto Insights: Do this to boost your salary for the next few months

If you’re a working professional, right around this time of the year, your HR will ask you to submit investment documents to assess tax on your income — a.k.a “Investment Proof Declarations”.

Here are a few key things to keep in mind to ensure you don’t shell out excessively on income taxes:

1) First things first, at the beginning of each financial year, your HR will ask you to fill out a tax declaration form. This is done in order to ascertain the TDS (Tax Deducted at Source) And if you’ve meticulously planned your investments — with this form you could reduce your taxable income & claim deductions under multiple sections.

- Investments under Section 80C: You can claim up to ₹1.5L in deductions against investments like Equity-linked saving schemes (ELSS), life insurance premiums, employee’s provident fund, and more.

- Investments under Section 80D: Here, you can save up to ₹75,000 on you and your family’s health insurance premiums based on the individuals covered under the policy.

- Investments under Section 80CCD: If you choose to invest in the National Pension Scheme, you could claim an additional deduction of up to ₹50,000.

And of course, there are several other options — which one you choose purely depends on your risk profile, goals & objectives. Mind you, if you forget to declare some investments, you’re going to end up with a higher TDS.

3) Now the final step is accurately presenting proof of all the investments you’ve declared previously. Here’s where most people make major blunders.

See, if you fail to submit proof, your employer would be forced to recover the shortfall by deducting excess TDS in the remaining months. This would lead to a significant drop in cash in hand.

So make sure you plan your investments carefully to optimally save on taxes. And by the way, you still have time to purchase health & life insurance to cut down on TDS.

A sunny side up edition where we talk about AI chatbots, carry bags and gold 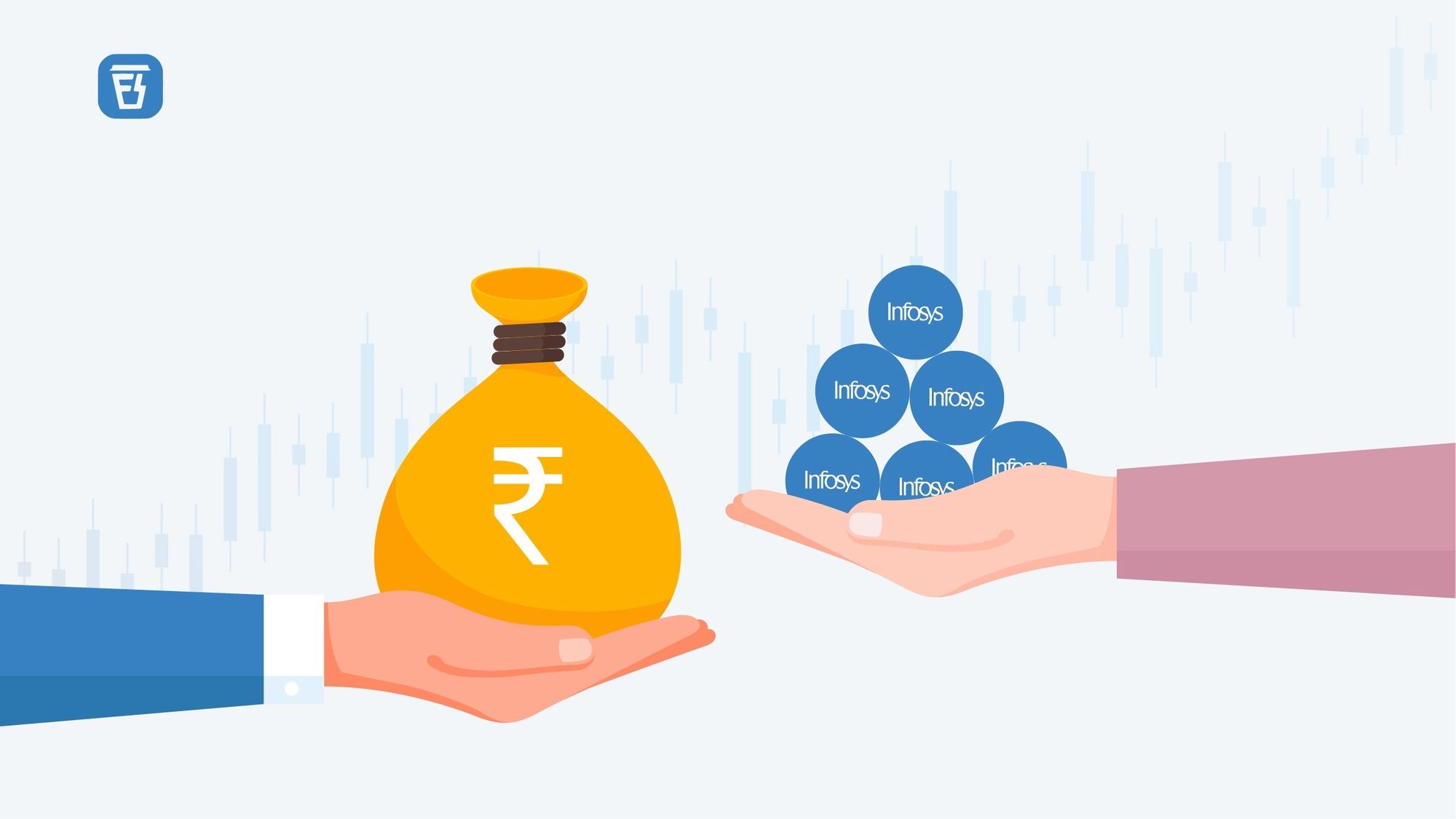