Before we get to today's story, a quick recap on all the things we covered this week. On Monday we spoke about the great monsoon debate, next we discussed the problem with Indian tea. On Wednesday we talked about Indian Fishermen, then we discussed how to cool earth without reducing emissions and finally we saw private 5G networks work

Up until last week, betting on the growth of the Indian Premier League (IPL), was an arduous affair. Why’s that, you ask?

Well, because there wasn’t an obvious way to do it. Yes, you could try to participate in the growth story by owning a part of the parent entity— the Board of Control for Cricket in India (BCCI). But you couldn’t just walk up to them and demand some shares because they aren’t even a private limited company. They’re just a private “organization”. So that door was shut.

You could have tried buying shares of the actual teams themselves. But that was also equally challenging. For instance, you could technically buy the shares of Chennai Super Kings (CSK) in the grey market right now (an underground but “not illegal” market where shares do change hands). But you can’t do it by simply logging on to your favourite stock market app and tapping on “Buy.”

And finally? There was the option to buy shares in the US-based Walt Disney — the company that brought the IPL to your TV and digital screens for the past 5 years. But again, who wants to go through the hassle of opening an investment account in the US, right?

Well, all that has changed now. For the next 5 years, you can bet on the IPL or the growth story of IPL, by owning Viacom18, a homegrown media company (the parent company is listed as TV18 Broadcast). That’s right! Just in case you’ve been keeping up with news of late, Viacom18 bagged the digital rights to stream the glitzy IPL from 2023 to 2028. So if you’ve been tuning in on Hotstar, you better switch over to Voot. The media house splashed nearly ₹24,000 crores just to bring these 4-hour games to your screens for 2 months every year. And mind you, that’s just streaming. If you’re still a TV subscriber, then, you have to tune in to Star. Because that honour was snagged by Disney (Star) and they paid slightly over ₹23,500 crores for the rights.

And the sheer amount of money here is obscene.

For context, when the rights came up for auction last time around in 2017, Star bought the media rights for ₹16,300 crores for five years — both digital and TV. It was a massive sum at the time. This time, the combined fee is almost 3 times higher — ₹48,400 crores. It’s insane how the value has exploded.

And with that, the IPL has just entered the mega-leagues of sports championships. The broadcast rights make it the second most valuable in the world. At the top of the charts is the National Football League (NFL) in the US at ₹136 crores per game. Then comes the IPL at ₹108 crores per game. And in third place, we have the English Premier League (EPL) at ₹82 crores per game. The IPL is hot property and it’s quite an incredible achievement for a league that’s only 15 years old.

But is Viacom18 (Voot) really that big of a deal to spend such a colossal sum of money to bag an IPL contract?

Well, in case you weren’t aware, the company is backed by some biggies. Oh yeah, I’m talking about Reliance Industries! This oil-to-retail-to-telecom conglomerate indirectly owns 51% of Viacom18. And it doesn’t stop there. Viacom18 also received backing from Bodhi Tree Systems in April this year. They made a commitment of ₹13,500 crores. And if you’re unfamiliar with Bodhi Tree Systems, let’s just say that it involves ex-Star and Disney executive Uday Shankar — the man who led the winning bid for the Disney group 5 years ago.

With Reliance and Uday Shankar at the helm, it was quite obvious that Viacom18 would go all out for the IPL.

Although, “all-out” might be an overstatement. Some reports indicate that Viacom18 didn’t aggressively go after the TV rights. And that’s surprising since it had just launched a dedicated sports channel — Sports18 — in April. The stage was set but it chose to pass. Maybe it’s sending a message that digital is the future? After all, research by EY shows that while television subscription revenue fell by 6% in 2021, the digital space grew by 29%.

Now, the big question is, will Viacom18 and Reliance be able to recoup all this money and turn this deal into a money-spinner?

Well, let’s break it down a bit, shall we? Get ready for some numbers.

If we look at media reports, we’ll see that advertisers spend as much as ₹18 lakhs for just a 10-second ad spot during the IPL. Now, that’s typically for the big games such as the final. So, let’s take a conservative estimate of ₹14 lakhs per ad spot. Now in a match, there is a total ad inventory of around 2,300 seconds. So, that means, a broadcaster stands to make around ₹32 crores from these advertisements per game. And spread across 84 games, the broadcaster is probably netting close to ₹2,700 crores for one year or around ₹13,500 crores for the 5-year period. But this is assuming that the ad rates don’t go up.

Then there’s also the fact that people will subscribe to Voot to watch the games (I know I will) and that’ll pad their coffers quite a bit more as well.

But, making money is still going to be a tough proposition. You see, according to a report by Kotak Institutional Equities, Hotstar’s (the digital arm) advertising revenues for IPL 2022 were only around ₹15 crores per game. And the subscription revenue stood at ₹16 crores per game. And that’s not a great figure for someone who shelled out around ₹58 crores per game just to broadcast it. Because the costs don’t just stop piling up once you snag the rights. Viacom 18 still has to put up a mighty fine show and attract viewers. They even might need to improve their tech to ensure that the viewing experience doesn’t fall flat. So, in effect, the cost per match could rise to ₹63 crores if you include the production that goes behind it too.

There’s also some extra risk. Earlier Disney-Star had the rights to both TV and digital. So it could pretty much command what it wanted for ad spots. But now, since TV and digital rights are split, there could be competition between Disney and Viacom18 for ad money and that could actually bring down the value further.

And not to forget, there is the big question of whether viewer interest in the IPL has saturated. You see, during the IPL 2019 final match, Hotstar saw a peak simultaneous viewership of 18.6 million. However that fell to 8.7 million for the final of IPL 2020 and fell even further to 7.6 million when the finals of 2021 rolled around. So it’s quite debatable as to whether the IPL is really getting more popular.

Even Amazon with its cash-laden pockets decided to back out. “The final call was based on cost numbers,” said Manish Tiwary, head of Amazon India. And Sony India’s CEO had even said that the BCCI needs a reality check on its auction prices.

The thing is Viacom18, and by extension, cash-rich Reliance may not care about the numbers. After all, the conglomerate is on a quest to build a veritable empire in the sports market.

It owns the most successful IPL team, Mumbai Indians, and it is also backing India’s premier football league, the ISL. And now it wants the sports broadcast empire too. Viacom18 now has a content library that includes the National Basketball Association (NBA) and soccer leagues like La Liga and Serie A — all snapped up in the last year. And it even bagged the 2022 FIFA World Cup! So you can see how serious it is.

And for all we know, Viacom18 may not be done yet. Because there’s another auction on the horizon. The International Cricket Council (ICC) will soon invite bids for its media rights. And this is a big one because the winner will get to broadcast the big cricketing games — the 2024 T20 World Cup scheduled to be held in West Indies/USA, the 2025 Champions trophy in Pakistan, 2026 T20 WC in India/Sri Lanka and the 2027 ODI WC in Africa.

If Reliance/Viacom18 is building out a sports broadcasting empire, it’ll be keeping some cash to splash on this big event and that might explain its reluctance to go after the IPL’s TV rights.

For now, we’ll have to sit on the bench and watch how this all plays out. 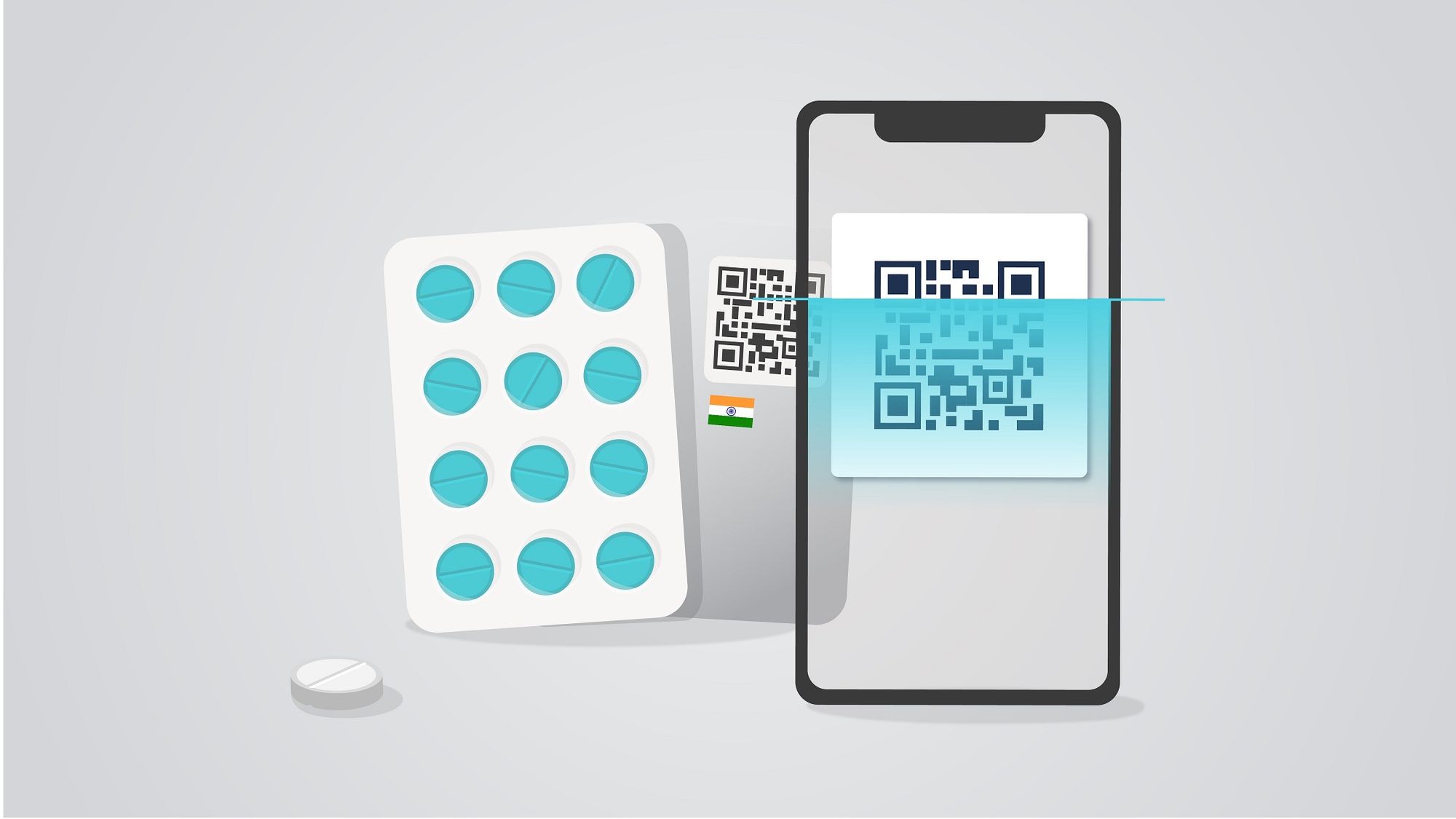 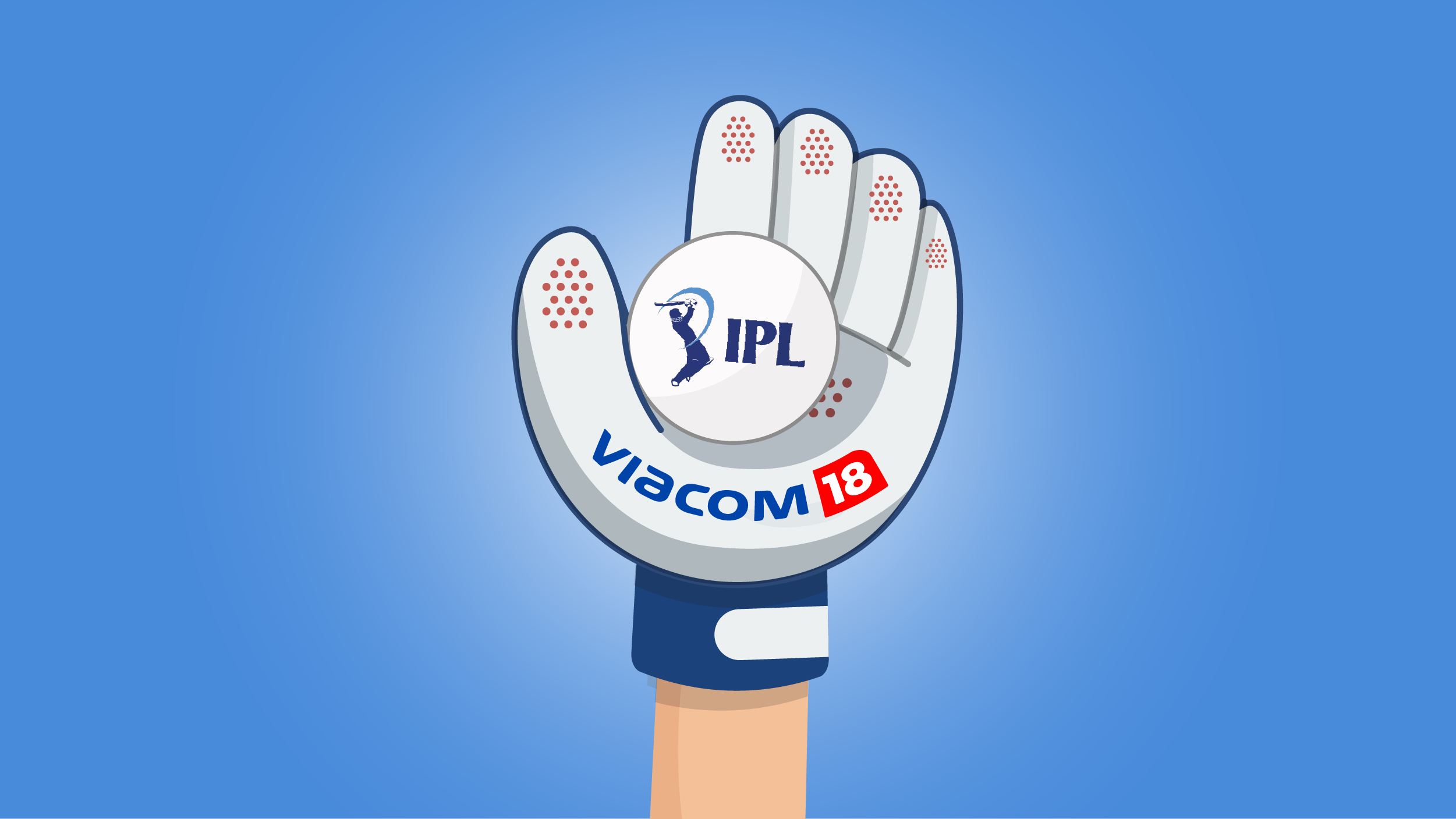