In this week’s Finshots Market we talk about why Tata Steel has been on a dream run these past few months.

Before we discuss the turning fortunes of steelmakers, perhaps it makes sense to revisit the predicament they’ve been dealing with the past couple of years.

2019 wasn’t a great year for steel companies. There was a general slowdown pervading all walks of life. Real estate wasn’t exactly booming. The auto sector was barely limping along and global factors weren’t kind to the likes of Tata Steel. In fact, demand for steel collapsed rather precipitously and prices reached a four-year low — the effects of which were readily apparent in the financial statements of steelmakers across the board. Tata steel posted losses in the last two quarters of FY2020 and JSW Steel saw its profits decline by a massive 90%.

And then, just when you thought things possibly couldn't get any worse, the pandemic made landfall. Domestic demand took a nosedive and they had to tap the export market to stay afloat. Luckily for them, an unlikely destination opened up — China.

China became the biggest buyer of Indian steel between April and September as they began opening up their borders after having dealt with Covid a few months prior. All in all, China alone accounted for 30% of the total exports during this period, and India for the first time turned into a net exporter of steel to China. Now bear in mind, this wasn’t exactly enough to turn the tide for Tata Steel. In fact, if anything revenues were still down 30–40% in the first quarter of FY2021 and the company continued to post losses.

But it was a sign of things to come. And in the second quarter, their fortunes turned completely. Demand from domestic industries returned in a big way as people began splurging on automobiles, homes, and other steel products. Realisations jumped even higher as it became apparent that this was a global trend. Add to it the fact that raw material prices (iron ore prices) weren’t rising in tandem, steelmakers found themselves in an enviable position, They were roping in record margins and they were swimming in cash.

Then there was the China factor too. Most people know that China is notorious for producing cheap steel and dumping it on other countries. However this time around, they’ve been rather conservative. Why? you ask.

Well, China’s appetite for steel has been growing rapidly after the government introduced a stimulus package to kickstart the economy. They’re spending big on infrastructure projects and they’ve come to realize the need for inexpensive domestic steel. In fact, if anything they want to divert most of their products back home and as such, they’ve withdrawn export incentives on 146 steel products. Which if you haven’t already guessed, disincentivizes producers from shipping steel elsewhere.

Also, the Chinese government has continued to crack down on a number of polluting steelmakers in a bid to go green. As one report in Reuter’s notes —

And since this region alone contributes 10% to China’s steel output, the added pressure is also affecting industry dynamics. Bottom line — Without Chinese steel distorting prices, steelmakers elsewhere have been able to extract a much higher sum for their products. For instance, Tata Steel and JSW Steel are selling their products at Rs. 70,000/ton — a 100% hike compared to a year ago.

So why is Tata steel’s stock rallying you ask?

Well, because they’ve been posting exceptional numbers for a while now. Last December, the company earned its highest-ever operating profit. In the March quarter of FY21, they posted record net profits too. In the June quarter (Q1FY22), Tata Steel’s revenue jumped 109% and they earned a profit of 8,900 crores compared to a loss of 4,400 crores in the same period last year.

If this isn’t evidence of a purple patch, then we don’t know what is. Having said that, however, do remember that steelmaking is a highly volatile enterprise. The cycle peaks on some occasions and then bottoms out during others. And while prospects may look extremely pretty today, that can change pretty quickly if you’re not careful.

On Monday, Finance minister Nirmala Sitharaman unveiled the government’s four-year infrastructure asset monetization plan with the explicit aim of raising ₹6 lakh crore by 2025. And in this week’s Finshots Daily we explain how this may pan out. 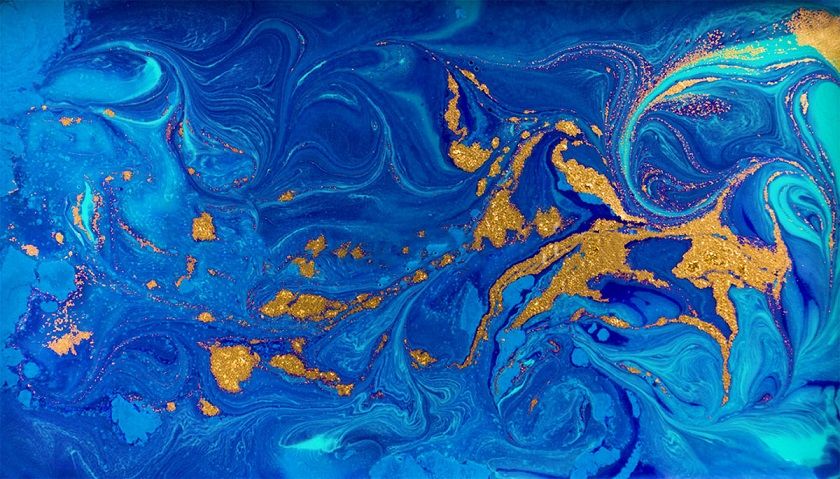 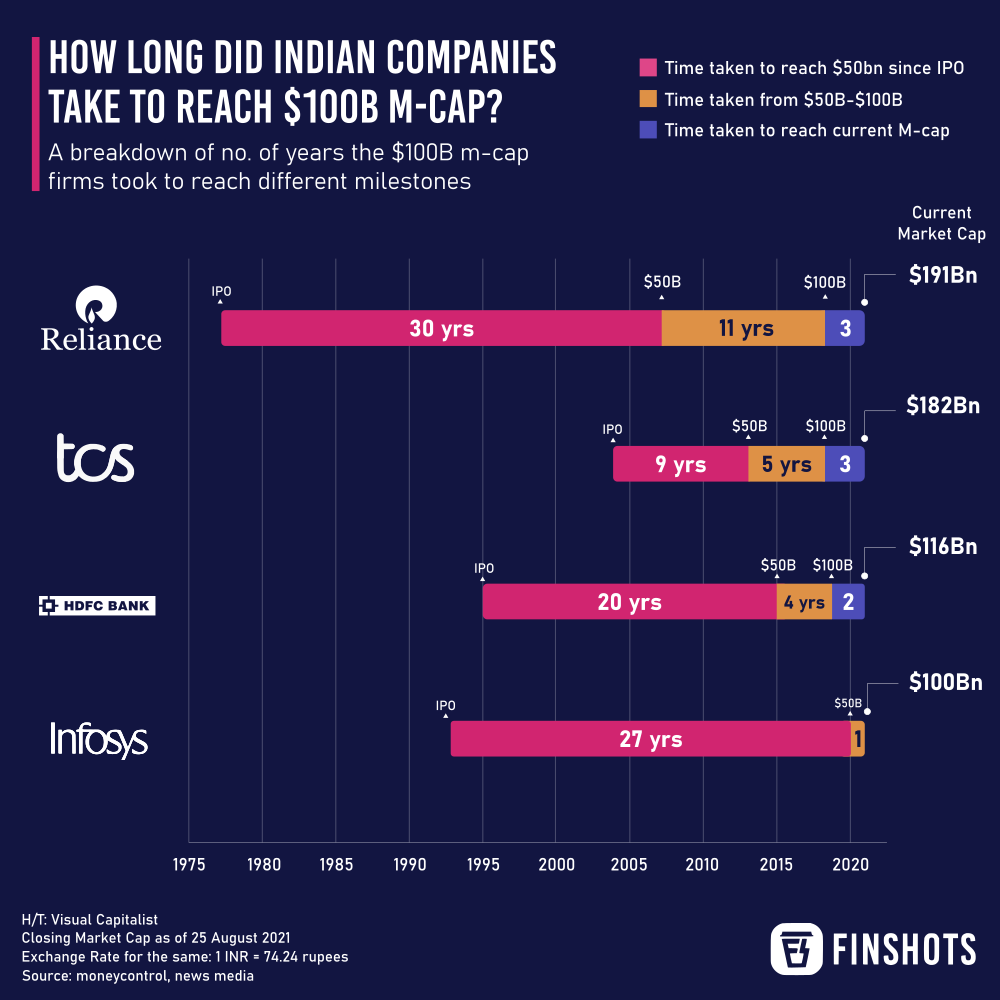 A few days back, Infosys became the 4th Indian company to hit a $100B M-cap. Here's a graphic on how long it took these 4 companies to reach various M-cap milestones.