“Finshots, when are you going to write about the HDFC merger?”

“Finshots, we’re waiting for your newsletter on the HDFC merger”

“Are you going to write about HDFC?”

Yes, we are. We were just waiting for the right moment. So in today’s Finshots, we see why HDFC Bank is merging with HDFC.

“As the son grows older, he acquires the father’s business.”

That’s how Deepak Parekh, the chairman of HDFC Ltd explained the merger between the 45-year old HDFC Ltd and its 28-year old banking offspring HDFC Bank. And you know what? It’s a nice way of summarizing this merger (apart from the gender reference of course).

The point is — You can’t just look at this merger in the here and now. You have to rewind a bit and look at the historical relationship between these two iconic institutions.

So let’s go back to 1977. HDFC Ltd had just set up shop and it had one simple goal — to change people’s behaviour.

Well, 1977 isn’t 2022. If people wanted to build their own homes, they waited until retirement. They saved every penny. They were prudent with their spending. And they broke their provident fund. That’s how they built homes back in the day. Borrowing to build homes — That was a foreign concept. And HDFC wanted to change that.

So they convinced a certain D. B. Remedios to take out a loan of ₹35,000 to build a ₹70,000 home in Mumbai and thus began HDFC’s journey. This was their first customer and within a few years, the lender’s annual loan approvals had already breached the ₹100 crore mark. There was no looking back and HDFC became synonymous with home loans.

But then we had the liberalization reforms in the 1990s. And this paved the way for something even greater.

At the time, public sector banks weren’t exactly the epitome of efficiency. They were weighed down by their legacy and people wanted a fresh banking experience — something more nimble. So HDFC made a pitch for a full-fledged banking license and HDFC Bank emerged as a result. As an added bonus, its chairman Deepak Parekh managed to convince Aditya Puri, who was heading Citibank Malaysia at the time, to jump ship and head the new banking upstart. The stage was set. This was HDFC Bank’s moment to shine.

But they didn’t exactly set the stage on fire the first year. In fact, the performance was quite disappointing. However, in its first annual report, the bank decided to stick to its guns and talk about the company’s four values — operational excellence, customer focus, product leadership, and professional people. It wanted to gain people’s trust.

And the rest, as they say, is history. HDFC bank quickly became India’s second-largest bank and people would automatically assume that the bank would grow 20% every year. It even found a place in the 100 most valuable brands in the world.

The “child” had outdone the “parent”

And finally, after years of speculation, it seems to be happening. The two entities will merge into one and the $60 billion deal is going to create a financial behemoth of epic proportions. With HDFC Ltd’s assets thrown into the mix, HDFC Bank’s market share will jump from 11% to 15%. For context, India’s largest bank SBI has a market share of nearly 26%. This will also mean HDFC Bank will now be 2x the size of its nearest competitor — ICICI Bank.

So, how did it come to this? And why did HDFC Bank finally make an offer that its parent couldn’t refuse?

Frankly, the writing was on the wall.

You see, back in November 2020, an internal group set up by the banking regulator RBI had published a recommendation. It said that large non-banking financial companies (NBFCs) should consider turning into banks.

Why did they make that recommendation? It was pretty simple really. Over the years, the distinction between NBFCs and banks had narrowed. In most cases, both these entities could accept deposits. And both of them could dole out loans.

But regulations favoured NBFCs. They didn’t have to deal with as many restrictions and red tape. They had more leeway and time when it came to classifying bad loans. And this gave NBFCs an undue advantage over banks. Most of them grew at breakneck speeds and prioritized growth above all else. But this also came at a cost. Remember the IL&FS crisis from 2018? The company lent out a lot of money and couldn’t pay its creditors when push came to shove.

And  when IL&FS blew up, everyone feared that the fallout would destroy the NBFC landscape. So the RBI decided to act. They tightened restrictions and put a new regulatory framework. Big NBFCs were now bound by similar regulations — the kind banks had always been dealing with.

So maybe HDFC feels there’s no point running a bank and another almost bank-like institution in parallel.

But there’s also another reason — a hiccup in the “home loans” business.

In a recent press conference Sashidhar Jagdishan, the CEO of HDFC Bank said, and we quote: “The biggest motivation for the deal is creating demand in the housing market as our penetration in this segment is very low. We are losing our customers to other banks.”

See, banks love home loans. It’s the kind of loan that’s safe and sticky. After all, you always have the collateral — an actual home. And more importantly, demand for home loans was on the up. Unfortunately for HDFC Bank, they simply couldn’t participate in this line of business. HDFC was already doing it and so, all they could do was promptly assign (sell) these loans to HDFC and earn a small fee while at it. On the flipside, they could have earned so much more if they did everything themselves.

On the side, HDFC too had its own set of problems. For instance, banks can dole out cheap home loans because they can mobilize funds through deposits. They pay very little interest on your savings account and they can use these funds to then create home loans at a higher interest rate. Now even though HDFC wasn’t a bank, they could still access deposits. However, they couldn’t do it at the scale HDFC Bank was operating. So in effect, while HDFC Bank could mobilize funds at an average interest rate of say 4%, HDFC Ltd was doing it at 6%. That was their cost of borrowing. And naturally, it meant they had to charge prospective customers a higher rate of interest. And with this extra charge, their home loans simply weren’t going to be competitive as other banks — like Kotak Mahindra for instance.

A merger meanwhile solves this problem easy. The combined entity can now access deposits at a significantly lower rate of interest and they could be a real force of nature now.

But wait…we have to talk about the potential problems too, right?

Yes, we must. So let’s start with infrastructure lending then. Remember when we wrote about HDFC and the uncanny way in which they sidestepped the implosion of debt-ridden infrastructure companies in the 2000s?

When HDFC Bank’s Executive Director Paresh Sukhthanka was asked about the company’s relative absence in the Infra space, he said and we quote — “It’s not that we haven’t participated in infrastructure. We have probably had a lower concentration of our loans in infrastructure. I’d say that risk management is also about deciding what you want to do and don’t want to do; be it with infrastructure or others segments and then doing it better… So I don’t think our strategy has been to avoid taking risks. I think we have been taking risks, when we have understood those risks and wanted to take those risks” — Forbes Interview, 2013

However, it seems they’ll probably change this strategy a bit. In fact, the press release says so explicitly: “It will also enable underwriting of larger ticket loans, including infrastructure loans — an urgent need of the country.”

So should investors worry about some of the risks involved? Maybe.

But there’s another problem.

So yeah, things could always take a turn for the worse, even when two stellar institutions come to join forces.

But will it actually happen? We will let you decide. What do you think? Will the merger bode well for HDFC Bank or do you think this will just slow them down? 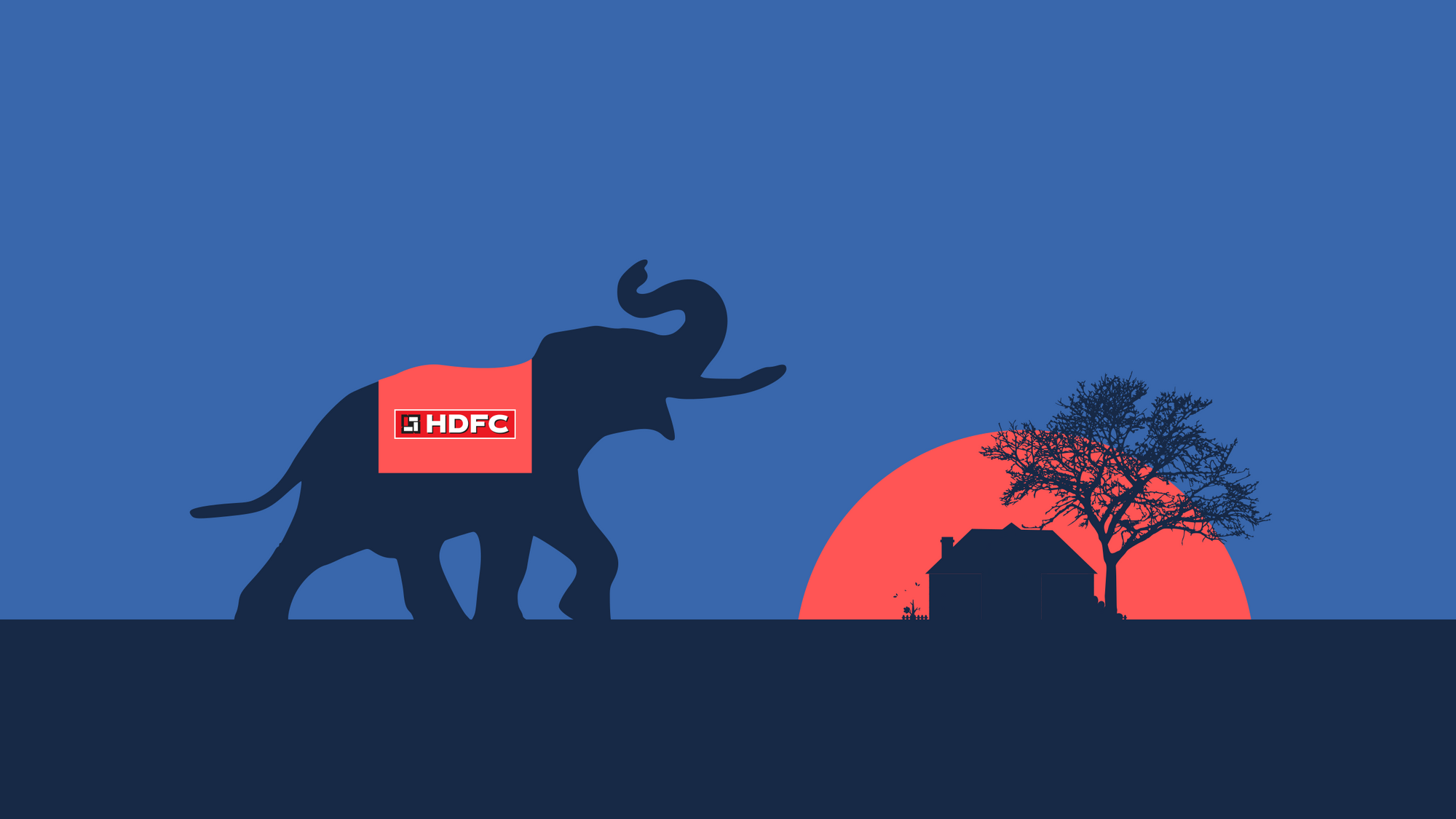 An explainer on how HDFC and HDFC Bank merged 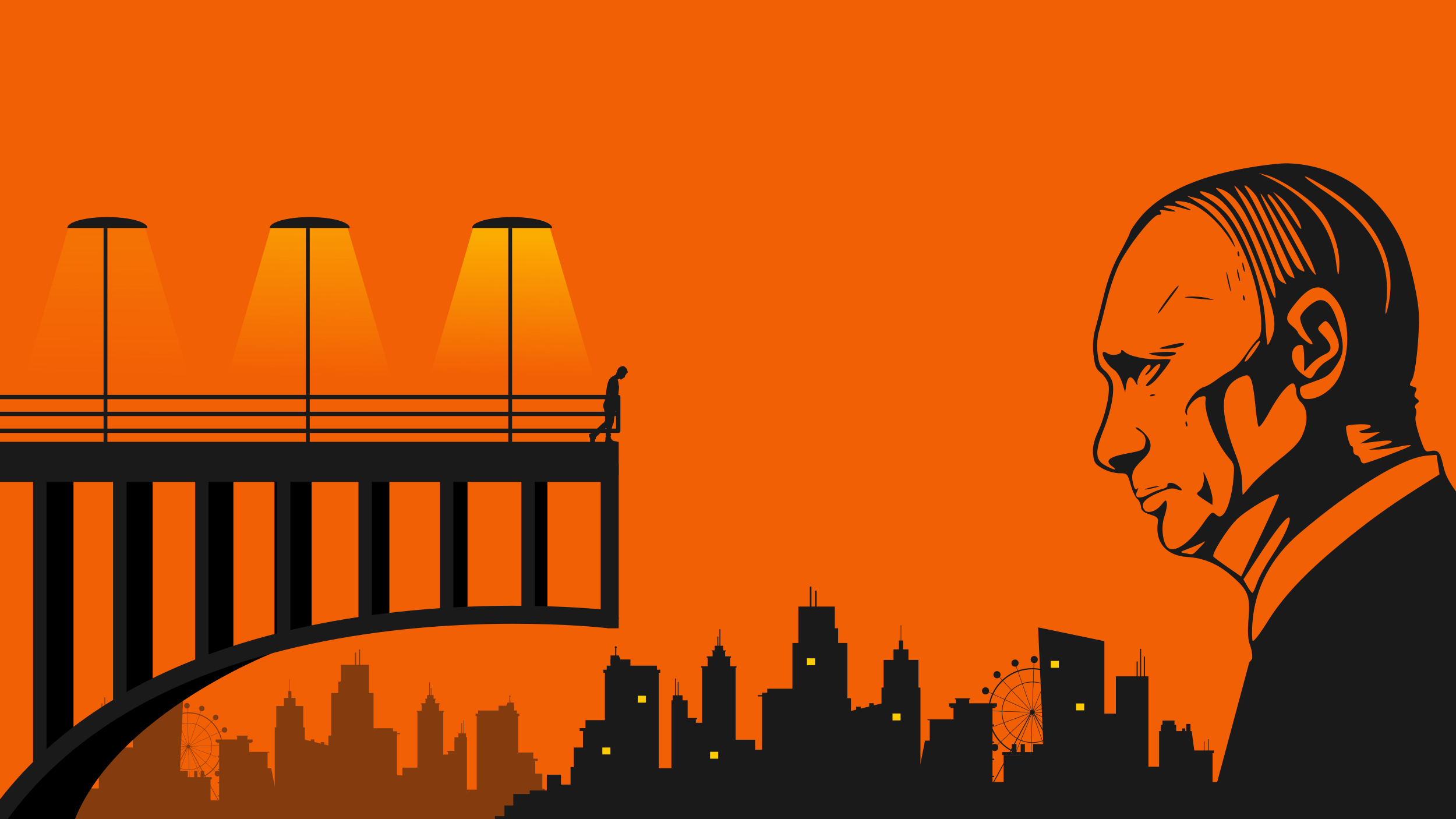 Finshots
—
The HDFC merger - Can the $60 billion elephant dance?
Share this