In today's newsletter, we talk about the biggest stock market scandal of 2020.

On June 18th Wirecard’s auditors made a bizarre announcement. They said they couldn’t locate close to €2 Bn worth of cash purportedly reported in the company’s balance sheet. The money had seemingly vanished into thin air. This was mind-boggling because Wirecard isn’t some micro-enterprise. Established in 1999, it’s a pioneer in the payment processing industry. It’s one of the biggest companies in Germany. It was valued at close to €17 Bn last year. And yet, it seemed like the company was now in the midst of an accounting scandal that belied expectations. Journalists started calling it the black hole in the company’s balance sheet.

But accounting scandals aren’t executed overnight and black holes don’t emerge from the void. There had to be a more elaborate explanation. This couldn’t possibly be a one-off.

On January 28, 1986, six astronauts and one schoolteacher boarded the Challenger space shuttle as millions of Americans watched the events unfold on live television. 72 seconds later, the spacecraft exploded midair leaving an entire nation stunned in its aftermath. The Challenger disaster as it was soon dubbed by the press, garnered widespread attention almost immediately prompting a national level enquiry that featured the likes of the famed physicist Richard Feynman. The blame was finally attributed to O-Rings used to seal joints in the solid rocket booster. But it was procedural lapses within NASA that ultimately took the spotlight.

Diane Vaughan, an American sociologist had a very interesting prognosis. She believed that the disaster could primarily be attributed to NASA’s decision to fly the space shuttle despite a dangerous design flaw with the O-rings. Vaughan describes this phenomenon as occurring when people within an organization become so insensitive to deviant practice that it no longer feels wrong. As she puts it — “It’s the gradual process through which unacceptable practise or standards become acceptable. As deviant behaviour is repeated without catastrophic results, it becomes the social norm for the organisation”

It's called "The Normalization of Deviance"

And when you dig deeper into the Wirecard scandal you’ll start seeing the same patterns emerge. It’s this unchecked deviant behaviour that ultimately culminated in the spectacular scandal. And it’s the company’s refusal to admit wrongdoing that metamorphasized into a catastrophe.

On February 8th 2019, police raided Wirecard’s Singapore office. The raid came against the backdrop of an investigative report from the Financial Times (FT).

The accusations were straightforward—Fraud, Forgery, and Money-Laundering.

The backstory — Not so straightforward.

Wirecard's Asia-Pacific team was tasked with a seemingly impossible task. They had to convince regulators at the Hong Kong Monetary Authority to issue a license that would enable them to dish out prepaid bank cards in the region. Unfortunately, regulatory approvals don’t come easy. Wirecard had to show significant business revenue that would compel authorities to consider their application. So the team began cooking the books. They devised a neat little strategy to inflate sales — round-tripping. The idea is simple. You move funds from the parent company in Germany through a series of opaque transactions and make it seem as if these funds are being paid by an external customer. It’ll look like Wirecard’s Asian subsidiaries are generating legitimate business revenue when in fact money is just moving from Germany to Asia and then back to Germany. A round trip! Get it?

However, a whistleblower complaint soon blew the lid on this scheme. As FT writes

Compliance staff [at Wirecard], who evidently found the accounts of the whistleblowers credible, soon found enough in the documents to warrant a snap investigation, codenamed Project Tiger. They called in Singapore-based Rajah & Tann (R&T), which sent in a team of former prosecutors. On May 4 R&T submitted a preliminary report, running to 30 pages of bombshell allegations: evidence in the documents of “forgery and/or of falsification of accounts”, as well as reasons to suspect “cheating, criminal breach of trust, corruption and/or money laundering” in multiple jurisdictions (where Wirecard’s Asian subsidiaries operate).

However, despite the investigation and the damning report, the German team was defiant. First, they rebuked the investigative stories from FT. Then, they sued them. Finally, the billionaire CEO Markus Braun said this — “There were personal animosities between employees involved. We think the whole issue is not so much an accounting, compliance or whatever issue, but an issue between people. Such things happen, where there are human beings, there are sometimes emotions.”

Accounting deviance had been normalized. Rogue actors were blamed. There wasn’t an upheaval. There weren’t even any resignations and within a few weeks, it was business as usual at Wirecard. This was back in February 2019.

But unbeknownst to the top executives at Wirecard, the reporters at FT were working on another bombshell report. They weren’t going to take this indignity lying down. They wanted to cripple the CEO’s narrative altogether. They were out for blood.

Wirecard started out in 1999 by processing payments for gambling and adult websites. However, as the company continued to grow in size and stature, they increasingly tried to disassociate the brand from its inglorious past. It wasn’t a good look for the company’s corporate identity. But they couldn’t ween off completely since these websites were cash cows. And prioritizing principle over monetary gains isn’t something large multinational corporations are used to. So to get around these pesky little problems, these “special clients” were mostly referred to other payment processing partners called third-party acquirers (TPAs). The TPAs share a part of their processing fees as commission and Wirecard gets a piece of the action. And by some accounts, these commissions alone were expected to contribute to half the company’s sales back in 2018.

Except there was one tiny problem.

Some of these partners were… well…. non-existent!!!

Consider ConePay International, a Third-party acquirer incorporated in the capital city of Manila. This company had generated millions in revenues for Wirecard's Singapore business and was one of the few payment processors working closely with Wirecard. Yet when FT reporters visited the company address they found a retired seaman living with his extended family of 12. He had little knowledge about Wirecard or why Conepay had used his address. All he knew was that he had been living in his mother’s home for the past 50 years. He wasn’t running an international payment processing company.

And this isn’t a one-off. Here’s another excerpt from the subsequent FT article

A predecessor of ConePay, Maxcone, gave as its address in 2015 what is currently an empty warehouse and office on a scruffy street in the southern Metro Manila city of Las Piñas, formerly occupied by a garage called Sam’s Autoworx and a bar called Hrai. When visited by FT reporters earlier this year, the local government office responsible for business permits knew of no payment company ever operating in its district.

This is material deviance. It’s not normal for a multinational corporation to engage with business partners that work out of dingy offices. This report should have triggered an investigation into the accounting practices at Wirecard. The German financial regulator BaFin should have intervened. Instead, a few days after the FT report went live Bafin sued several people including the FT’s lead investigative journalist McCrum for suspicion of market manipulation. This was after the regulator had already banned people from betting against the company’s stock. These were unprecedented restrictions imposed on people of a relatively free society.

But BaFin had its own agenda.

Wirecard was Germany’s pride. It was one of the few tech companies that had vaulted into DAX 30 — The top 30 companies that are supposed to be representative of the German stock market. It was an investors' darling. Reputed analysts were still backing Wirecard. In fact, even after the reports were made public, Softbank invested close to €1 Bn in the company.

Unfortunately, as FT kept probing, the erstwhile “problem partners” started showing up more frequently — Dubai, Ireland, India. They started popping up everywhere. Wirecard was now being accused of inflating sales and profits. The auditor’s role was under scrutiny. Voices grew loud. Shareholders were angsty. The company was finally forced to hire KPMG for an independent audit/investigation of its accounting statements. They needed a clean chit.

The final nail in the coffin

The widely anticipated audit report was made available on April 28th, 2020. But the findings were inconclusive. KPMG contested that it did not have access to multiple documents. It said it could not reach multiple TPAs and corroborate suspect transactions. But it didn’t matter because, on June 18, 2020, Wirecard’s auditor made their bombshell announcement. €2 Bn worth of cash was now missing. 3 days later, Wirecard confirmed that the cash probably never existed. After fudging numbers, cooking books, and putting up with procedural lapses for multiple years, the chickens had finally come home to roost. The catastrophe had unfolded. Felix Hufeld, the president of BaFin, said the scandal was “a complete disaster” and “a shame” for Germany. The CEO Markus Braun was arrested.

Meanwhile, FT was vindicated. They wrote 40+ articles covering the issue, detailing every suspect transactions, travelling to remote locations and fighting multiple lawsuits. They went above and beyond the call of duty to get to the bottom of this story.

And I am going to sound cheesy saying this but I’ll say it nonetheless.

No matter what you do and what you think…Truth alone Triumphs!!!

This is one of the biggest stories of 2020 and that's saying something. So before you leave us, remember to share this story (WhatsApp, Twitter, or LinkedIn) with your friends, family, loved ones, acquantainces and that neighbourhood uncle. 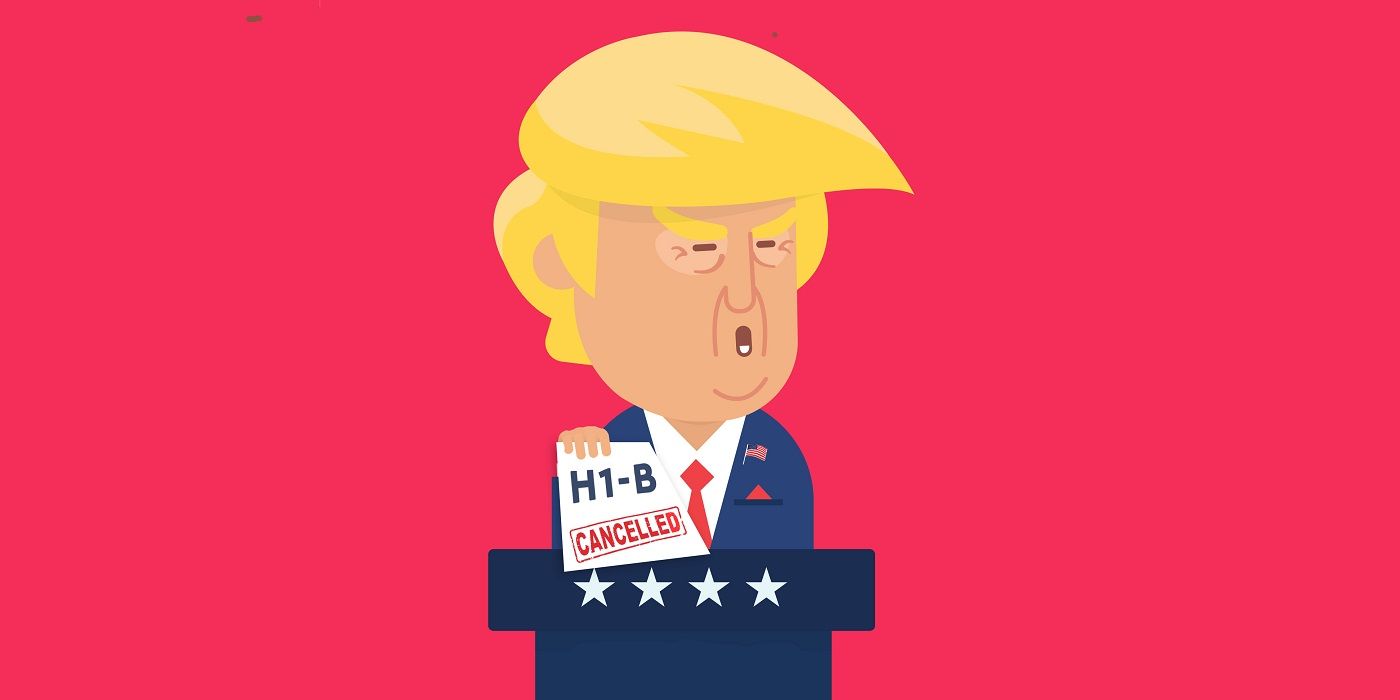 An explainer on the implications of the temporary suspension of the H-1B visa program. 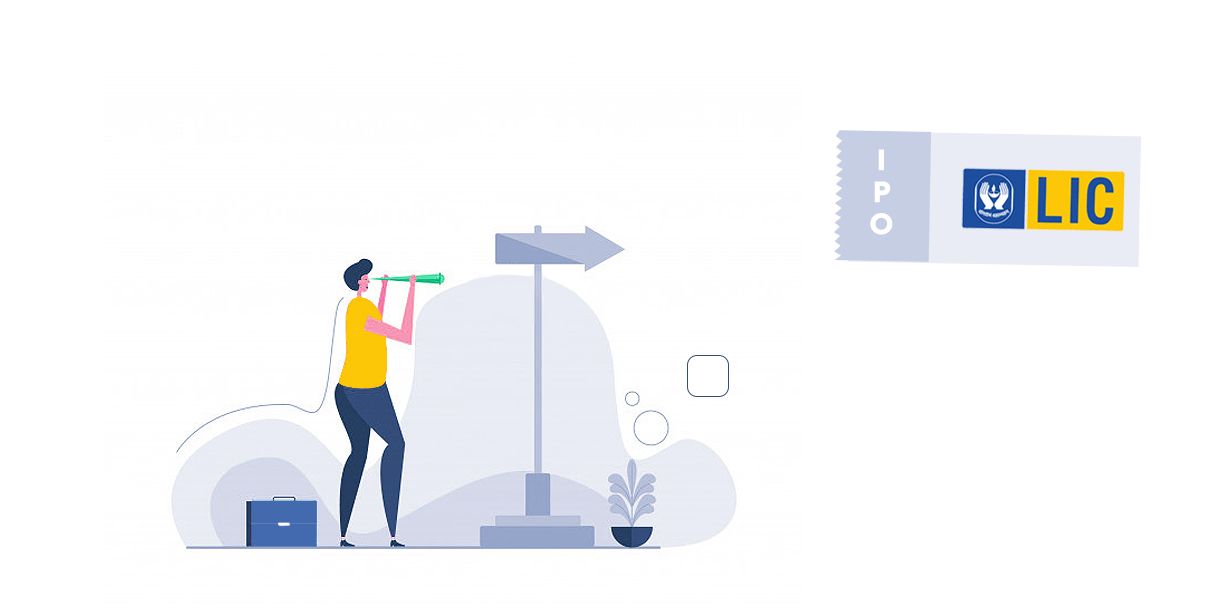 Finshots
—
When €2 Billion went missing at Wirecard
Share this