Last Friday, Reliance Retail announced that it was acquiring a controlling stake in Just Dial for about 5700 crores. And while that may not be a gargantuan sum by any account (considering the kind of money we’ve seen being thrown around for internet startups), you still have to ask here — “Why is Reliance interested in Just Dial?”

For the uninitiated, Just Dial makes money by selling listings to SME businesses across the country. What does that mean?

Well, you could list your business on Just Dial and pay for a premium offering in exchange for more leads. As the company puts it — “Just Dial Limited provides local search-related services to users in India through multiple platforms such as desktop, mobile site, mobile apps, over the telephone and text.” And if you’re a business that wants to be seen here, then you can pay the company some money and achieve the intended objective.

That’s it. That’s the arrangement. And considering Just Dial happens to be one of the few listed internet businesses that’s still profitable, you might be inclined to think that the company has a lot going for it.

Unfortunately, Just Dial’s story hasn’t been all that enticing for a while now.

Well, they may have been posting respectable numbers for a while now, but they’ve been doing so in part due to a burgeoning sales force that kept prodding its customers to upgrade to paid services. The problem you see is that businesses didn’t stick with the paid program for long. They either found little value or they saw leads saturate. Inevitably, they would move on and the company had to find new customers elsewhere.

How do you do that? Well, you hire more salespeople and the flywheel keeps chugging along.

However, this equation presents a unique challenge. What happens when deploying an additional sales resource no longer yields the required growth? In such situations, the only alternative is to add more value to its existing customers, or risk being obsolete. To its credit, Just Dial tried to do just that i.e. add more value to its customers through extensions including Search Plus and JD Omni.

Search Plus was supposed to be a proper foray into e-commerce i.e. you could not only find local businesses on Just Dial but people could also transact directly. JD Omni meanwhile was meant to help businesses with inventory management, billing, and other similar stuff. Unfortunately, both programs didn’t take off as well as they expected and soon enough, the company had to rationalize its cost structure and return to its core focus — SME listings. Only this time they were targeting Tier II, Tier III SMEs.

However, people still weren’t fully buying into this idea.

After all, a small city isn’t exactly fertile ground for the likes of Just Dial. Think about it — SMEs don’t need to advertise as much here because it’s not really that hard for people to find a local tailor/carpenter. They are already well aware of most local businesses and they don’t need JD’s help on this front. So why then would an SME promoter pay 20,000 for a premium listing?

Well, they won’t and if you are asking why the company didn’t just stick to large cities — know that they come with their own set of challenges. Search is now highly specialized along specific verticals. If you need a doctor, you don’t go to Just Dial anymore. Instead, you visit Practo, a service specializing in connecting you to your next-door physician. If you need a taxi you go to Uber. If you need to find a restaurant, you go to Zomato. It’s a very competitive market now.

But despite all this, Just Dial continued to make money — A truly admirable feat indeed.

Until that is, the pandemic came along.

See, small companies will spend on listings when they have money. But when a lockdown forces them to shut down, they aren’t exactly looking to spend big on advertising. In fact, Just Dial had to adopt an entirely new strategy to hold on to existing customers. Here’s what they had to say right after —

“In order to assist SMEs in these unprecedented times of COVID-19, the company launched various offers on its paid campaigns during the period, including better discounts, flexibility in activation of their campaign (post lockdown), better payment terms, etc.”

That’s them saying — We’ve had to offer better terms to customers in a bid to keep them on board.

And it wasn’t just them offering better terms, they also began pruning advertising-related expenses. Less advertising meant fewer customers. Fewer customers meant lower revenues and the company saw a substantial dip in top line during the June quarter last year. And despite positive commentary from the company, the top line hasn’t recovered yet.

Bottom line — If you were to tie in all these elements and create a larger narrative right now, that narrative is likely to center on how Just Dial is running out of options. So if you’re wondering why Reliance is buying a controlling stake in the company right now, there’s your first answer — It’s probably really difficult for Just Dial to keep finding new avenues for growth and an acquisition might just ease the burden a whole lot.

The second reason? Well, they only recently ventured into the B2B e-commerce space with JD Mart. That’s them facilitating the sale of goods and services between businesses. And while the initial reception has been pretty decent, a partnership with Reliance can expedite this whole initiative. And it’s not like Reliance is doing Just Dial a favour here. They’re getting their hands on a solid internet startup for a reasonable price. Also, they’ve been trying to foray into the B2B commerce space themselves for a while now and Just Dial might just be the right fit.

So yeah, that should probably give you more context about the whole deal and if you liked the story don’t forget to share it on WhatsApp, Twitter, and LinkedIn. 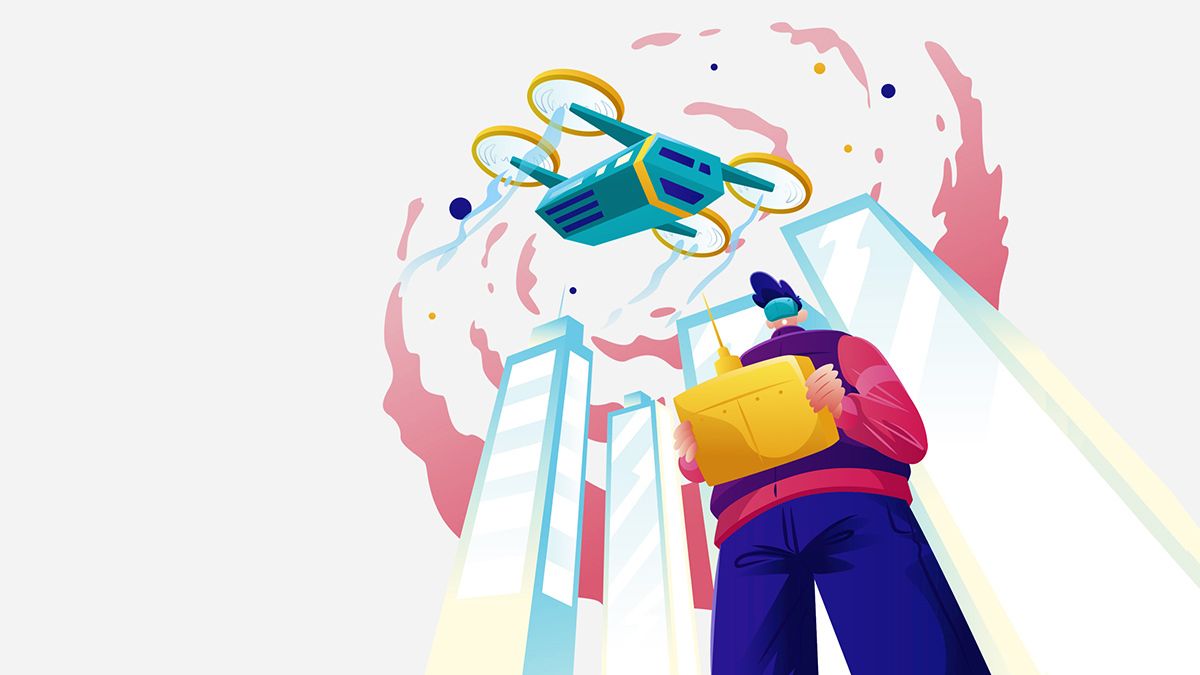 An explainer on the new drone rules 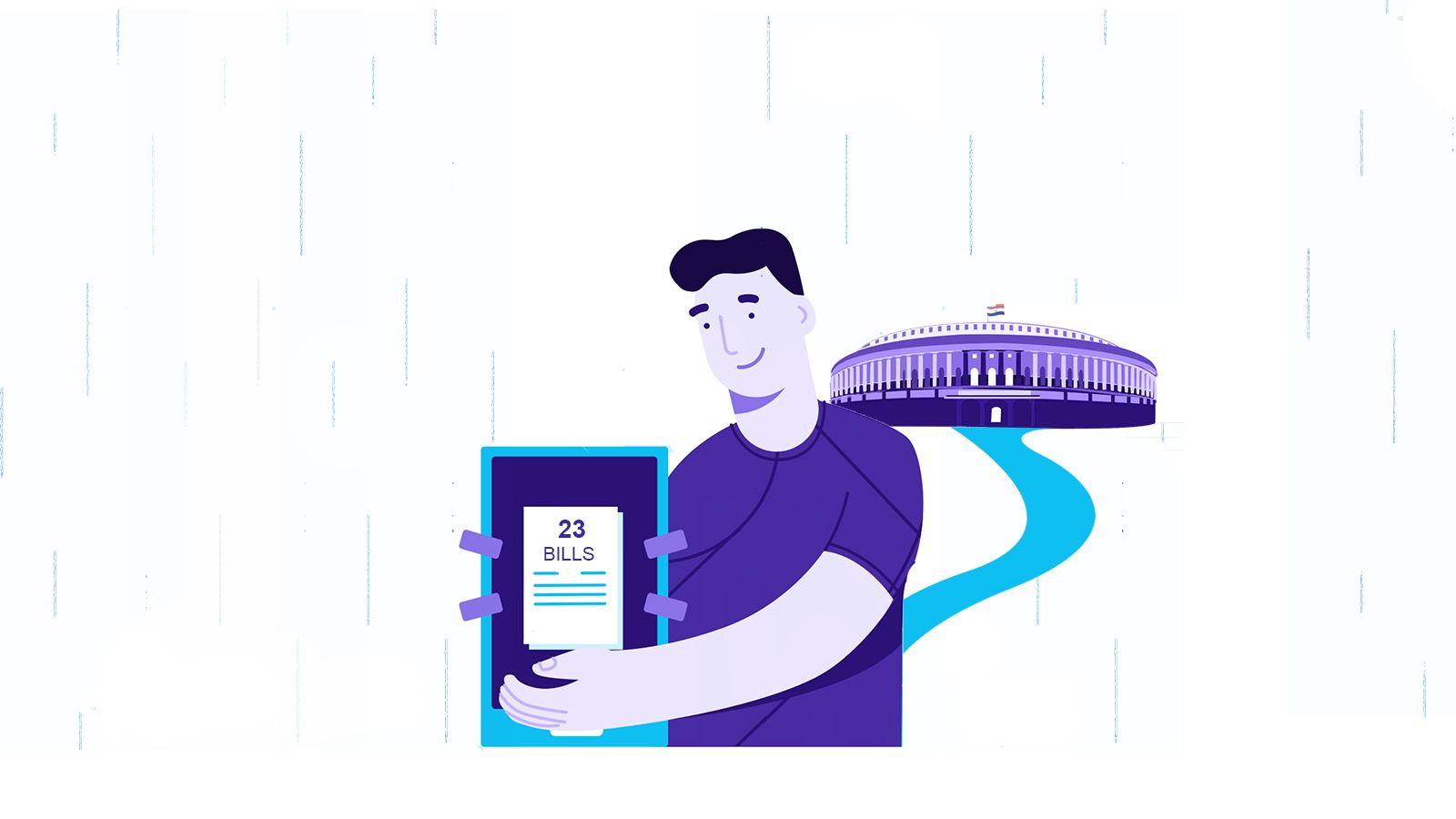