The beginning of a price war

On Saturday, news channels started reporting how talks between OPEC and Russia had finally collapsed, possibly precipitating a price war that could push oil (Brent Crude) down to as much as $20 a barrel. For context, last month oil was trading as high as $60 dollars a barrel. So this is big news.

But before we get to the story, a brief on today’s star cast.

OPEC is a cartel that includes 14 nations, predominantly from the middle east whose sole responsibility is to control prices and moderate supply. They can do this because these countries control most of the global oil supply.

Russia is Russia. It also happens to be the 3rd largest supplier of Oil in the world (12% of all oil produced). This means they too have considerable influence in controlling the global oil supply.

And back in 2017, OPEC and Russia started colluding informally to cut production and prop up prices. This came against the backdrop of oil having made some terrible lows. So two big parties coming to keep prices stable obviously helped. And after about two and a half years of prancing around doing the whole informal thing, they decided to get serious.

Here is a snippet from Bloomberg covering the formal alliance

Complete with a poem and celebratory badges, Moscow and Riyadh ( Saudi Arabia, the leader of OPEC) led two dozen countries in signing a charter to formalize the OPEC+ group…

For Saudi Arabia, turning what had been an ad hoc coalition into a formal group provides a hedge (protection) against future oil-market turbulence. The kingdom can now lean on a group representing almost half of global oil output for support. For Russia, the formalization of the group helps expand Putin’s influence in the Middle East

OPEC Secretary-General Mohammad Barkindo compared the pact to a “Catholic marriage,” saying it would last for “eternity.”

Clearly, an eternity in this instance translates to roughly about 3 years. Because with Coronavirus having taken centre stage, things have changed. Air travel has taken a beating. Industries are shutting down. All trading activities are on edge. And the global economic outlook has soured rather considerably. So OPEC has been insisting on deep production cuts to keep prices stable. Russia, however, has been tentative. And last Friday they decided to pull out of talks completely.

Now nobody knows for sure why Russia doesn’t want to follow through. Maybe, it’s because Putin doesn’t take orders from a 34-year-old Saudi prince. After all, browbeating the Russian president into accepting your terms, no questions asked isn’t exactly an easy task. Even others contend that this is Russia testing the boundaries of this alliance. I mean, considering the simple fact that Saudi and other OPEC members are negotiating so hard tells us the kind of influence Russia holds in the market. So maybe Russians are playing hardball here?

It doesn’t matter. Because the Saudis have taken their cue and they are acting now. OPEC is on the offensive and they’ve already started selling oil at deep discounts. They’ve also threatened to flood the markets with oil in the coming days.

Will this convince Russia to get back on the negotiating table? We don’t know, What we do know is that this puts the alliance in deep jeopardy and we might be looking at a sharp slide in oil prices from here on in. In fact, it’s already begun. Oil prices plunged 10% on Friday alone.

However, there is an upside here. India’s dependence on oil is well documented. We import 84% of all our crude oil. And if a fortuitous event were to push oil prices down, we’ll get it cheaper. This also gives us an opportunity to get our house in order. Perhaps we could use the savings to invest in avenues that could help us boost growth. Maybe the government will finally be convinced to pass on the benefits of low oil prices to customers like us. Either way, oil prices tanking does not necessarily mean doom and gloom for all of us. 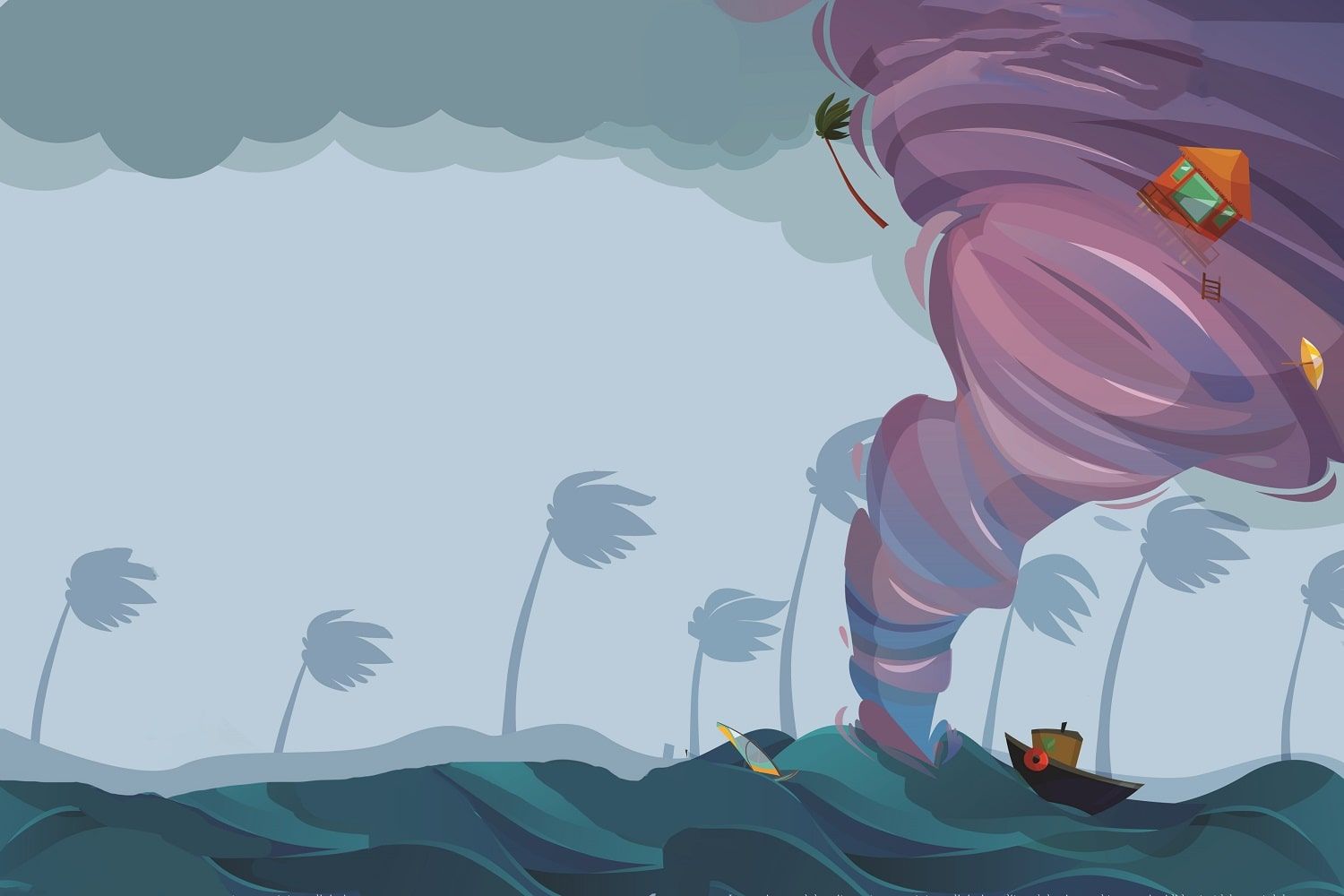 What's the reason behind the markets crashing? 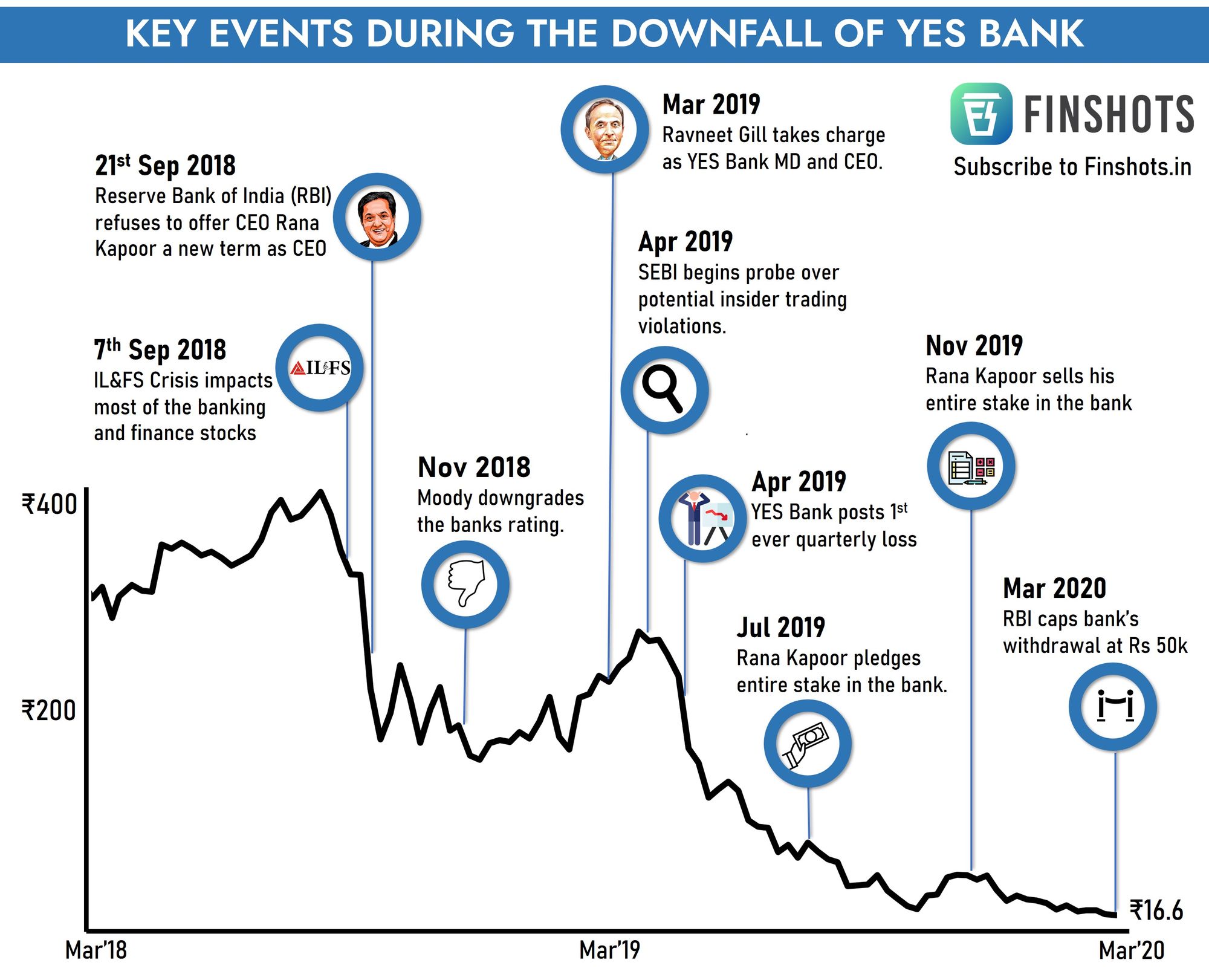 A timeline of all the key events during the downfall of Yes Bank.

Finshots
—
Why oil prices have been tanking?
Share this