Before we get to today's story, a quick recap on all the things we covered this week. On Monday we spoke about the ascent of the nuclear economy, next we discussed the Standing Deposit Facility. On Wednesday we talked about why Amazon hates unions, and finally we saw how data localisation rules work.

India has a water problem — we’re running out of it. And we’re extracting groundwater like there is no tomorrow. Niti Ayog estimates that by 2030, our demand for clean water will outstrip supply by a factor of 2. And while you could make a case that we aren’t focusing enough on recharging the water table, there is a more pressing problem at hand — the way we handle wastewater that comes out of industrial facilities. We dump them into rivers without treating them adequately and as a consequence, 30% of all river water is deemed unfit for human consumption.

That’s right. We’re even messing with the limited resources that we do have.

So what do you do about it? Well, most people expect the government to tackle the problem headfirst. They’ll have to enact policies to penalize serial offenders and  deal with wastewater right at the point of origin. Or force companies to do so.

Only problem — This is a very niche domain. You need specific expertise to deal with wastewater and not everybody can do it willy-nilly. That’s where today’s protagonist comes in — VA Tech Wabag.

For starters, they are experts at treating wastewater before it leaves the factory. But they can also treat water in a bid to use it in the production process. Think of a textile manufacturer that only runs on treated water. VA Tech Wabag could help them. Outside of this, they also specialize in setting up desalination plants — plants that could turn seawater into potable stuff — water you can drink.

In short, this company could be the answer to some of our water problems. And no, it’s not a Bengaluru-based startup. Rather, it’s a Chennai headquartered multinational company with a track record of 90 years (25 years in India).

And back in 2014, the company’s stock was a darling of the investor community. Everybody loved it. Mutual funds and institutions held 50% of the stock. Fund managers couldn’t stop talking about it. And if you dived into a mutual fund website and picked up a factsheet from that time, you’d have found a mention of VA Tech Wabag. The stock rose nearly 200% that year.

To top it all off, the government even announced that they were going to spend Rs 8 lakh crores over the next 15 or so years to fix India’s water infrastructure. VA Tech Wabag was going to be an obvious beneficiary.

Well, one theory is that investors began valuing it like a tech company. For instance back in 2014 — It was trading at nearly 50x its earnings. That’s to say that investors were paying nearly Rs 50 for Rs. 1 in profits just to own the stock. And it was also an asset-light model. It outsourced the building of treatment plants to other companies and focused on R&D, engineering and design work instead. Obviously, investors loved the fact that they could get a company in the infrastructure space that wasn’t going to binge on debt.

But when you overpay for a company and value it so highly, even small hiccups can have major repercussions. And for VA Tech Wabag, the problem was its dependence on government projects. You see, sometime in 2015, the company decided to work on a few projects in Andhra Pradesh and Telangana. And despite coming good on their commitment, they apparently didn’t get paid on time. Why? Well, blame a change of government in Andhra Pradesh. The new government wanted to review all old deals and hit a pause on payments.

And that created a few cash flow issues. In a bid to keep the company running, they had to borrow money. As a result, debt shot up. Short-term borrowings soared from ₹104.8 crores in FY15 to ₹ 514 crores in FY19. And with the added interest cost, they had a hard time keeping the ship afloat.

Now at this point, you’re probably asking — Why bring this up again? Why talk about a company whose fortunes turned a long time ago.

Well, because they’re in the news once again. After all these years, analysts and investors are paying attention to the company and some are expecting a 50% rise in stock price.

Well, two reasons. It seems the wife of the famed investor Rakesh Jhunjhunwala has  recently picked up an 8% stake in the company. And it now boasts the largest order book in the company’s history — over ₹10,000 crores. There’s also the fact that the Ministry of Jal Shakti aims to provide piped water to all Indian households, and the government intends to spend more money on water-based infra projects than ever before.

It’s happening all at once.

So yeah, VA Tech Wabag is in the limelight once again. However, as prudent investors, you must ask — “Has their dependence on government projects actually reduced and will a small hiccup derail the story once again?” 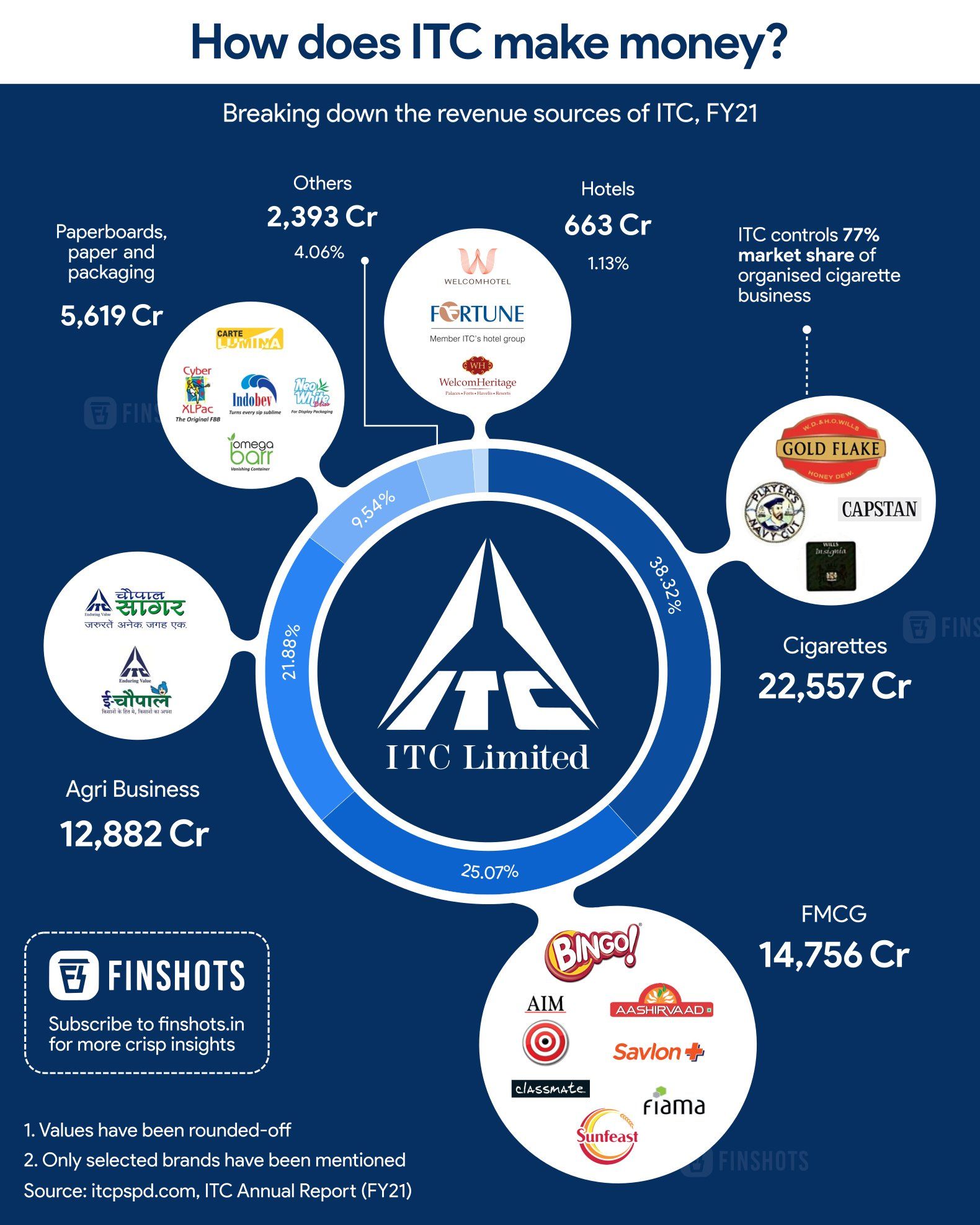 Breaking down the revenue streams of ITC for FY21. 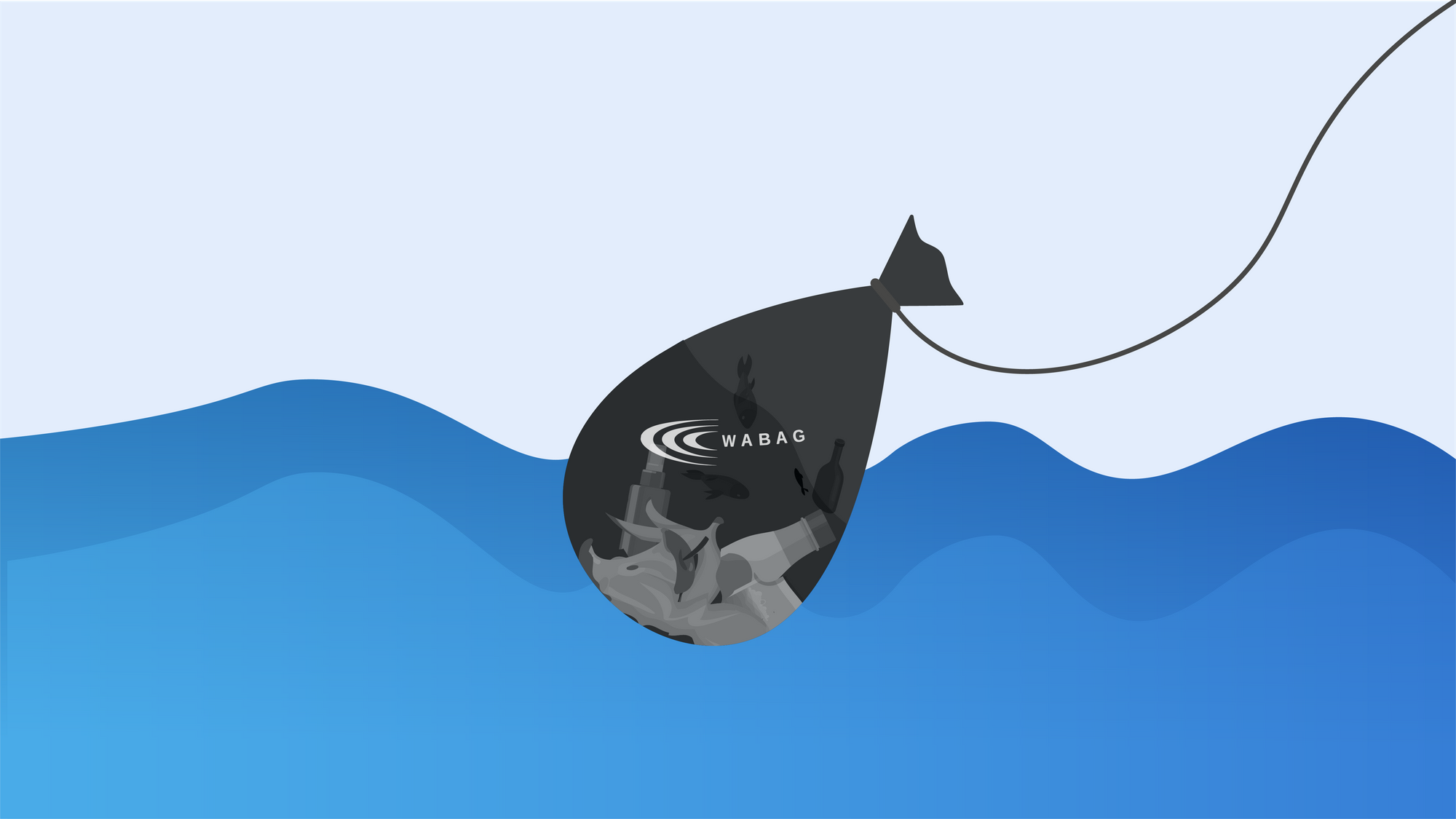