What was once its most promising market, has now become a nightmare. But how did things ever get so bad? Where did Vodafone stumble? This and more in today's newsletter.

A couple of days back, Vodafone CEO, Nick Read, admitted that India has been a tough market of late. He declared that the Company’s book value in India was probably going to zero and pointed fingers at India’s unsupportive regulations, crippling taxes and a supreme court decision that left the carrier $4 billion in debt. In essence this was perhaps an honest admission that they might have to shut shop and leave India if there isn't some sort of a government bailout.

Now it's no secret that Vodafone is saddled with boatloads of debt. Its borrowed too much money and is now at the risk of collapse. It's a story that’s been repeated time and time again and every bit of it is true.

But what they don’t tell you is how it got to this point.

Back in the day most telecom companies operated under the presumption that data was going to remain an expensive commodity. In other words, telecom companies were convinced that they could charge customers exorbitant rates to provide calling and internet services and that this would continue to be the status quo for the foreseeable future.

So they sold expensive plans, offered bare minimum services and were happy to bide their time. On the side, they were also overpaying for almost everything.

I mean, you could take one look at spectrum allocation and you’ll know what I am talking about. Spectrum allocation is the government’s way of auctioning radio frequencies (5G airwaves for example). Who gets to use how much is incumbent on who’s willing to pay the most. More frequencies, more business potential. You get the idea. Anyway, most Telcos were making their bids for these airwaves based off of future cash flow projections that excluded Jio. Meaning everybody thought they could continue to fleece customers. And Mukesh Ambani was simply an afterthought.

Get this. Airtel, for instance, was borrowing 1.5 Rs for every rupee their owners put up. This was in 2016. We don’t know what Vodafone was doing back then. But you could bet it was something very similar. Even more, if I were to hazard a guess. And yes, they could have done all of this and still thrived if it weren’t for Jio.

But in late 2016, Jio finally entered the market with its low-cost plans and those future projections they made earlier went for a toss. Jio disrupted the market in a big way and in response they tried to rejig their operations. But paying off debt isn’t easy. Not when you were losing customers en masse. So here we have a company that isn't making money, it’s piling on more debt to keep things going and is staring at a pretty bleak future. Can’t get any worse than this. Can it?

A couple weeks back, 15 Telecom companies were asked to pay close to 92,000 crores to the government. Vodafone, in particular, was asked to pay close to 20,000 crores. The issue harks back to a contentious topic regarding what part of their revenues telcos were legally obliged to pay as government fee. Long story short, the Supreme Court sided with the government and said that that the telecom companies had to pay a whole lot more than what was already paid.

Which brings us to today.

Vodafone is desperately seeking a bailout from the government - Maybe forego the 20,000 crores fine? Maybe the penalties? Maybe a little extra time? Please?

The government for its part has made it very clear. No. Nothing doing. Pay up or shut shop. It’s all on you.

And with that, Vodafone now stands at the brink of disaster. So here’s some food for thought before we wrap up here.

Status quos can often take you down a perilous path. Do not succumb to the temptation. Do not rest on your laurels. Challenge it with all your might. Because you never know if a Jio is lurking just round the corner.

Also, If you’ve found Finshots useful, please do consider telling your friends about it. All you have to do is send this story on Whatsapp and ask them to subscribe. :) 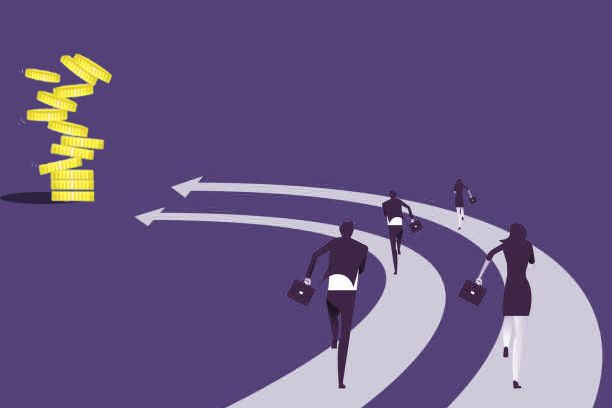 In this week’s wrapup, we talk about Moody’s downgrade of India, streaming platforms, how private schools in India make money, and Vodafone's sorry state of affairs.

Why we need a revival of the private school system?