In today's newsletter, we talk about the unsung heroes and the government's plan to rescue them.

His contention was simple. Around 51 lakh people migrated to agriculture last year and this should be seen positively. In fact, we should actively pursue this endeavour and focus on making farming economically viable.

After all, if there’s no potential in agriculture, why would people be moving back? Maybe we have finally turned a corner. Maybe the agrarian economy is healing itself. Maybe the rural problem isn’t as bad as originally conceived.

Unfortunately, it wasn’t meant to be.

Because, although people were migrating back to agriculture, they weren’t doing it because it was a prosperous enterprise. Instead, they were doing it for a very different reason. But before we get to that bit, a short note on farming.

Indian Agriculture (on an aggregate level) has been unprofitable for a good while now. Monsoons are erratic. Irrigation infrastructure still needs work. Warehousing and storage problems still persist. The middlemen skim most of the profit and many farmers work with land parcels so tiny that they can almost never leverage benefits of scale. Meaning we have a small proportion of landowners who run an extremely profitable enterprise while a good chunk of the agrarian population (20%) still live below the poverty line.

The point is — there’s been very little incentive for people to continue and work the farmland. And as a consequence, many people migrated from (rural) hinterlands to urban centres en masse.

So it was a surprise when the author suggested there was a rather substantial increase in agriculture employment (by about 51 lakhs) between the rabi months of 2018 and 2019. Mind you, this was at a time when general employment levels dipped across the board.

Unfortunately, the CMIE report that was being quoted here had a very different take.

Here are excerpts from the report explaining the migration.

The real estate and construction sector, which is usually a provider of employment to low-skilled farm labourers who try to move out of the labour surplus farmlands, shed 4.6 million jobs between January-April 2018 and January-April 2019. This failure of the construction industry to absorb farm surplus labour is, possibly, the biggest reason why there is an increase in employment under agriculture.

A family farm always has scope to absorb some unpaid labour although such additions may not increase any production or profit. There is always an extra patch of the farms to tend to or the need to take the cattle to graze a little farther. Farm work can be spread thinly over available labour and keep everyone “employed” when there is no alternate work available to them.

And right now, with the lockdown in place, we are seeing it happen again. People are moving back to agriculture en masse because they have nowhere else to go. The only difference—it’s happening at a scale that almost seems unreal.

This migration also has some very real policy implications.

For starters, there will now to be more mouths to feed in parts of India that were already reeling from an existential crisis. This problem is exacerbated by the fact that farmers inhabiting the hinterlands have few resources to support the influx.

So the finance minister announced that the government will now offer 30,000 crores worth of working capital loans to help farmers kickstart preparatory work for kharif and post-harvest rabi season. Farmers will also be able to borrow up to 2 lakh crores from banks at concessional rates in the near future.

And yes, I know, it’s not free money. But it’s still something.

You see, the Real Estate (RE)/construction industry in India is heavily dependant on the migrant workforce. But in the event they all pack up and leave, RE developers will have a problem. A deficit in labour will push costs higher. And since most people don’t expect migrant labourers to return anytime soon, costs will stay elevated for a long time. Perhaps even perpetuating another crisis in the industry. So, there was a concerted effort from some corners to prevent the migration altogether.

But truth be told, this is a terrible idea. Its bereft of all humanitarian considerations and it doesn't even make economic sense. In fact, I’d actually stick my neck out and say it’s an exercise in futility. Because there is no way you can force or nudge people to stay back when they absolutely do not want to stay back. If you suspend travel arrangements, they will walk. If you stop that too, they’ll go to the press. You can’t break the human spirit.

What you can do however is offer incentives.

People want to go back because there is a paucity of food and shelter. If you can satisfy these basic needs, maybe some of them will stay back. So the government has finally decided to go down this route. They have now promised to create affordable rental arrangements and supply food grains unconditionally to migrant workers for the next 2 months.

Meanwhile they are also offering some support to the real estate industry by extending the PMAY CLSS Scheme. Translation—if you are a middle-income individual looking to buy a new home with borrowed money, you’ll have a chance to claim subsidies on interest payments until Mach 2021. Ideally, this should incentivise more people to buy new homes and therefore create a bit of demand in the RE space.

Will it be enough though? We don’t know. But it’s the best hope we have.

Finally, the government turned its focus to the last group of unsung heroes.

The Guardians of the Supply Chain

When supermarkets and grocery stores started running short of supplies, the hawkers and the street vendors took up the mantle. In fact, the urban affairs ministry even advised state governments to allow identified street vendors to sell essential items during the lockdown.

Unfortunately, the crisis has taken a massive toll on these people. They are running out of money fast and they have no means to restart operation once they emerge out of the lockdown. So yesterday, the finance minister promised to extend working capital loans of about Rs. 10,000 to street vendors in a bid to help them get going.

The ministry also said the government was looking to support 50 lakh vendors in total by setting aside 5,000 crores (10 thousand*50 lakhs).

But there’s a problem.

How will you identify hawkers and street vendors? Sure, you could use identity cards (vending certificates issued to street hawkers) as a proxy. But then, only 13 lakh vendors seem to have valid identity cards. And this doesn’t take into account that we have millions of undocumented vendors scattered across the country who probably haven’t even heard about vending certificates. In fact, back in 2004, the government estimated the country had close to 1 Cr. hawkers. And I am assuming we have a whole lot more now.

So if realistically we can only serve 13 lakh people, what’s the point of setting aside 5,000 crores?

Hopefully, the government can figure out a way to be more inclusive and work around these implementation challenges.

While most news channels are out there explaining what happened at the press conference yesterday, we want to tell you why it happened the way it did. So if you feel a friend or a family member needs to know this stuff, share this story on WhatsApp and Twitter right now. 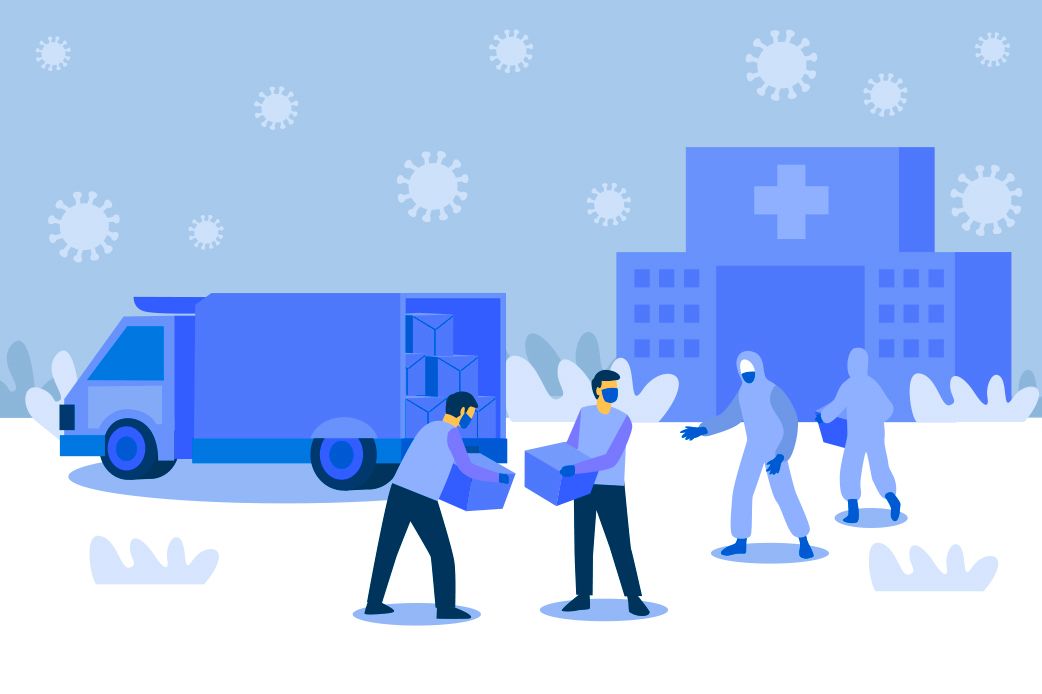 In this wrapup we tie some loose ends on the “Atmanirbhar” presentation and give you additional context. This is a collation of articles we wrote previously 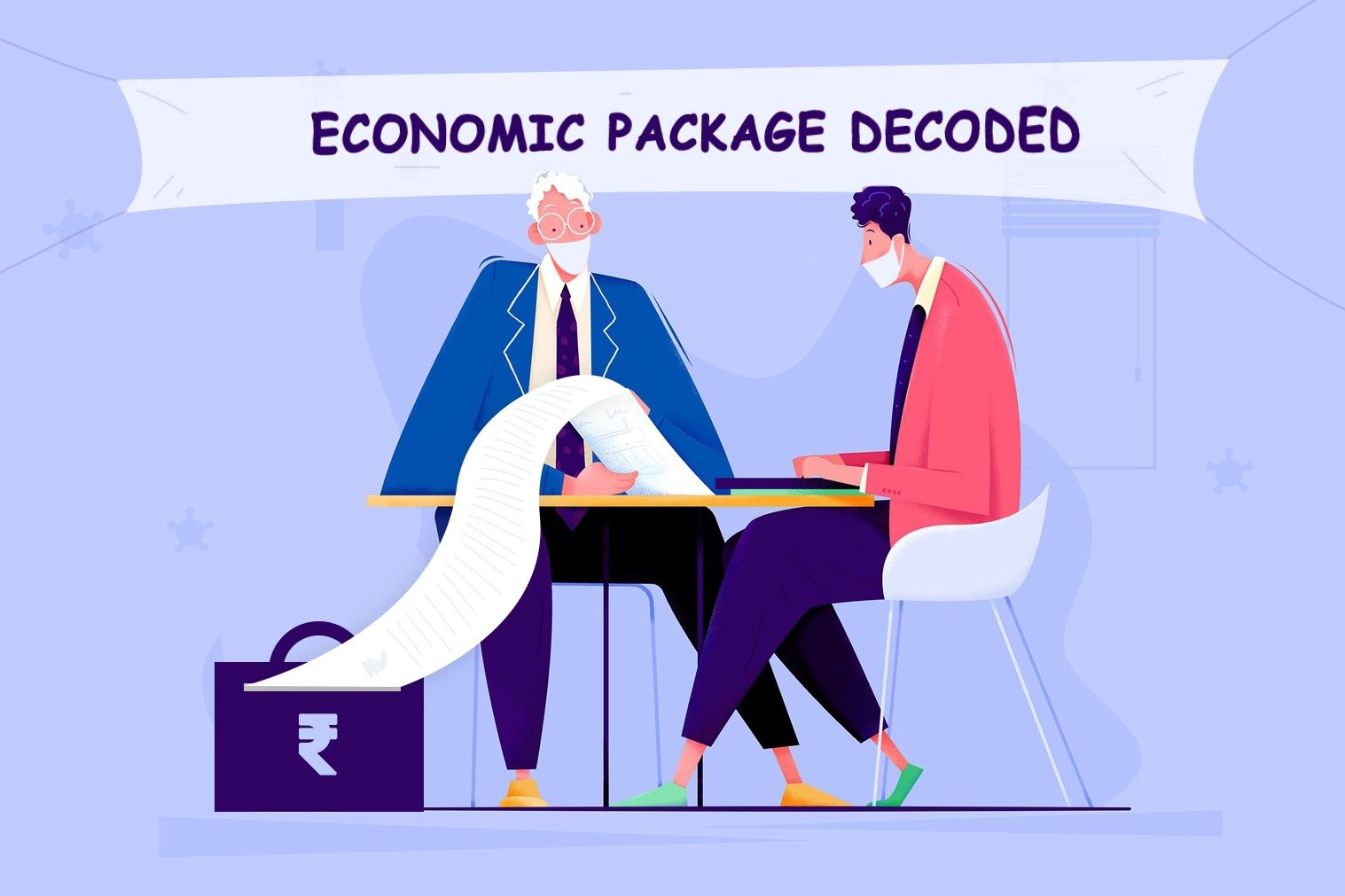 A Finshots explainer on the 20 lac crore economic package.