In today's newsletter we decode parts of the "20 lakh crore" Economic Package.

Fair warning though. It's longer than our usual 3 minute read.

But if you are looking to make sense of what happened yesterday, we can assure you that you won't find a more accessible story than this one.

The world of economics is built on a simple premise. Offer people the right incentives and you can get them to do almost anything.

So when the Government of India decided to classify institutions as Micro, Small, and Medium Enterprises (MSMEs) they were trying to set up an incentive structure to usher a new era of growth.

And the incentives are damn attractive. Cheap loans, fewer compliance standards, tax benefits, and host of other freebies.

But as you keep growing — from Micro to Small and Small to Medium, the government will ween you off the support system and put you on a path of self-sufficiency — Atmanirbhar type stuff.

However, the original classification metric had a problem.

But what happens when business is booming and there’s an incentive for you to invest and expand. Well, without government intervention, you’d have lapped up this opportunity no questions asked. But now, you have to consider the downside. Because, as you transition from being Small to Medium, you’ll forego a few benefits. Benefits that you might not want to cede.

So there’s obviously a dilemma here.

A more pernicious outcome is when you try and deceive the government into thinking you are a Small enterprise when in fact you are not. All you have to do is keep making the investments you need, but figure out ways to hide the investments on your accounting books.

That means the government will now have to spend additional resources in physically verifying your claims.

In effect, the incentives that were designed to help MSMEs grow and become self-sufficient have now turned “perverse”. A move that was meant to promote investment and foster growth is now yielding terrible unintended consequences stifling all progress.

The government had to intervene.

So they began working on a proposal to change the classification criteria. They figured that total revenues would be a good metric since claims regarding revenue can easily be verified with the GST Sales data filed at the Goods and Service Tax portal. More importantly, entrepreneurs won’t have to worry about making new investments since the benefits are no longer tied to this metric.

But the industry body representing MSMEs wasn’t exactly pleased with this development. They lobbied and urged the government to keep the classification criteria intact. And for a while, it seemed like the proposal was going to be shelved. Until yesterday, when the government finally charged ahead and introduced turnover as an additional criterion. They even expanded the investment limit to ensure MSMEs don’t graduate out of benefits too soon.

Here’s a nifty table from the government to help you get a sense of what’s happening here.

Point of Interest: MSMEs in the service sector (IT and stuff) will also be classified along the same lines as their manufacturing counterparts. So no step-motherly treatment for the people in the service industry either.

Besides the classification, the government also wants to get the big guns interested in the space. They want Venture Capitalists to walk in and buy ownership in promising upstarts.

It’s a recommendation that was made in the U.K. Sinha Committee report.

Now although the members in the committee made no qualms about the terrible state of MSMEs in this country, they did believe that with adequate government support, VCs could be enticed to pour some money here.

The plan is simple. Put together a mother fund with 10,000 crores from the government. You then disburse the funds from the mother entity to smaller daughter funds in a piecemeal fashion and try and get other investors on-board these smaller funds.

If all goes well, the 10,000 crores from the government should attract an additional 40,000 crores from outside investors (PE/VCs) and this should give MSMEs some much-needed funding support. They are calling it the Fund of Funds.

But then, there is a good reason why VCs don’t invest in traditional MSMEs anymore.

Instead, they almost always baulk at the investing opportunity because there’s no scope for exponential growth here. A problem that seems to stem from the fact that most MSMEs are debt-laden to the hilt. A problem that we like to call…

You see, MSMEs have been struggling for well over a decade now. Demonetization, GST, red tape, and a whole host of other issues have crippled them. In fact, they’ve largely been reliant on banks and new loans to tide over this unending crisis.

Unfortunately, despite the borrowing spree, they haven’t been seeing a lot of improvement. In fact, by 2018, thousands of MSMEs were on the verge of default with close to 80,000 crores worth of problem-loans i.e. loans that were unlikely to be paid back.

Back in the day, the former Chief Economic Advisor, Arvind Subramanian had theorised a couple of scenarios of how this could all play out.

The first one he called — The Phoenix scenario. Like the bird that rises from the ashes.

The idea here is rather simple. You offer a lifeline and extend new loans to companies in the hope that the economic scenario improves. And in the event that businesses do perform a miraculous turnaround, the loan gets paid in full, the MSME sector thrives and banks can pat themselves on the back for scripting a masterclass.

The second option —The Containment scenario.

Here, the premise is slightly complicated. The problem never actually goes away. However, if India manages to grow at a blistering pace (like in the old days), banks will have many thriving businesses to lend to. This will hopefully allow them to grow a healthy loan book and the pesky ‘problem loans’ from the MSME sector might become too inconsequential in nature. Hence the problem is “contained” so to speak.

But with a pandemic at large, both scenarios look unlikely.

Banks don’t want to offer another lifeline by extending new loans considering their own precarious situation. And they most certainly cannot contain the problem; since we are likely to see a spike in defaults owing to the fact that most MSMEs have shut shop completely since the lockdown.

And if MSMEs can’t restart operations and fail en masse, we will have a systemic problem on our hands. Here’s a tweet from Flipkart’s co-founder Sachin Bansal to drive home this point.

So a government intervention was inevitable. And the finance minister finally announced 3 lakh crore worth of collateral—free loans for businesses, including MSMEs in a bid to plug the funding gap. However, there is a bit of confusion regarding the exact semantics of the deal and we will most certainly update this story as we receive additional clarification. But here’s what’s likely going to happen.

If you are a business with a loan burden on your hands, banks will now extend new loans (of up to 20% of the total loan outstanding)* so that you can restart operations. You’ll have 4 years to repay this loan. Repayment obligations won’t kick in until the end of the first year. The government will stand as your guarantor in case you default and they will compensate the banks in full (interest and principal). So technically, banks should be more willing to lend to these institutions now.

And while this isn’t a panacea for all our MSME problems, it will help keep businesses afloat for now.

The key word being — “For Now”

To Protect or Not to Protect

The final big proposal surrounding the MSME bailout had to do with protectionism (read as protecting the country’s manufacturers from foreign competition at all costs).

Now, there’s been a raging debate about whether foreign firms should be allowed to bid for government projects.

One group says — yes, get them in. Because foreign manufacturers can sometimes get the job done at much cheaper rates compared to their Indian counterparts. Ergo, it's less taxing on the government’s finances.

But the other side immediately cries foul. After all, the only reason why these foreign firms can offer these rates is due to the scale at which they operate. And if you keep letting them in without protecting local manufacturers how could you ever expect our MSMEs to grow in size and stature and hopefully one-day match foreign products (in price)?

Well, it’s food for thought. But the government has thought enough it seems. Because they are now disallowing all global tenders of up to 200 Cr. effectively handing over the entire revenue pie to MSMEs in India.

But wait, we still haven’t figured out one important bit.

Where is the government spending here exactly?

I mean, sure, they will have to pay banks good money in case MSMEs start defaulting in the future. And they are more certainly pushing money into the Fund of Funds thing. More importantly, we have only covered a small bit of the presentation, leaving out all the other stuff the government has promised to do. But it’s still easy to see how they are only really spending a fraction of the amount being touted in most circles.

So if you believed the government’s economic package actually meant government spending to the tune of 20 lakh crores, you are mistaken.

That is simply not the case. In fact, a bulk of this package could actually be attributed to intervention from the RBI (aka the lender of last resort aka The Dark Knight).

But that doesn’t mean the government should actually go out and spend 20 lakh crores either. Because spending has consequences. There is no free lunch in this damned world. However, it would have been awfully nice if the government offered an accurate assessment of the total expected cash outgo — especially since there’s so much speculation surrounding the matter.

Hopefully, the finance minister will offer a clarification on this matter soon enough,

Anyway, this brings us to the final bit of the story.

Where do we go from here?

On any other occasion, we would have actually offered a thorough assessment of how we see things panning out in the future. But here’s the thing. Half the people don’t even know what’s happening here. Hell, a cousin even asked me if Modi announced another session of Thali Banging.

How on earth are we expected to measure future outcomes when people don’t understand the action plan?

Now granted, a good number of people simply don’t care about this stuff. I have made peace with that. But a good chunk of people ARE interested in the finance minister’s presentation. Unfortunately, the institutions reporting on the matter, are packing it with such dense words and offering it with such little context that reading this stuff almost feels like eating dry rubber.

Have you ever tried eating dry rubber?

So if you know somebody who’s desperately looking to decipher this economic package and trying to make sense of what’s happening with the economy, make sure they don't end up eating dead rubber. Share this story on WhatsApp and Twitter right now so that they can be a part of this conversation as well.

*Borrowers with up to Rs. 25 crore outstanding and Rs. 100 Crore turnover eligible.

Point of Interest: Now we couldn’t cover all the reforms related to MSMEs. So if you are looking for in-depth coverage, read the full draft from the government here. 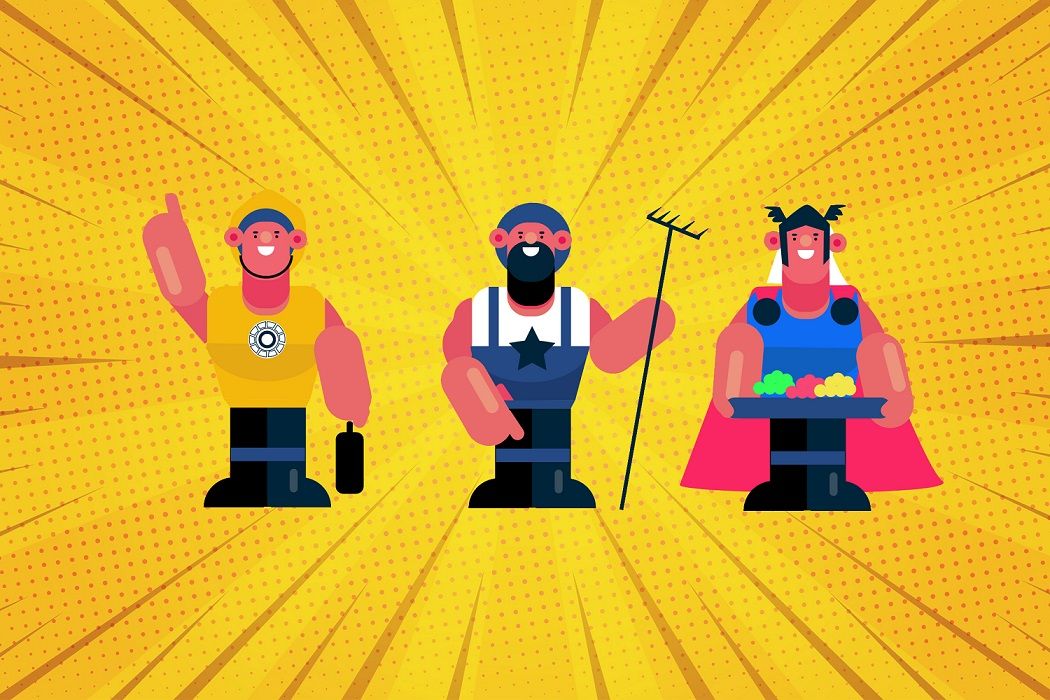 An explainer on the Govt's package for farmers, migrant workers, urban poor, and middle income consumers. 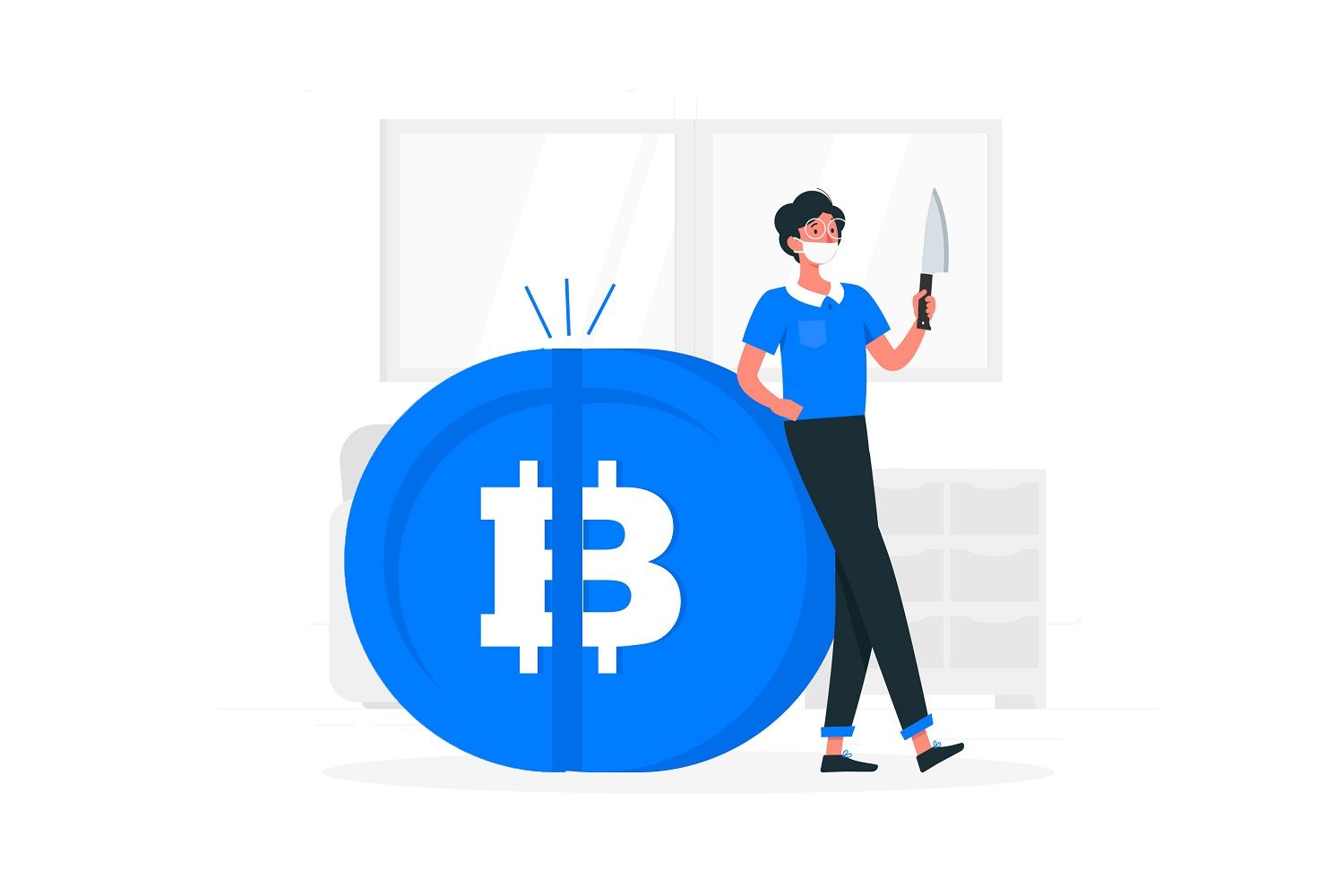 A Finshots explainer on the Great Bitcoin Halving event.