In today's Finshots we discuss the Union Budget in 5 minutes.

Cryptos! That’s what dominated the discussion yesterday. You’ve probably seen it already. News media is talking about it. Twitter is going bonkers over this story. Even international media houses are reporting on the matter with one tweet reading — “Crypto just became legal in India with a 30% tax on income from the sale of digital assets.”

Yes, it’s big news — Knowing that gains from cryptos and other digital assets (of its kind) will be taxed at 30%. But the tweet is a bit dubious because there’s always been a tacit assumption that gains from crypto-assets are subject to taxation. Government officials have also indicated in the past that they expect people to report all income generated from the sale or transfer of cryptos. It’s just that they never codified it. We didn’t have specific guidelines or provisions in the Income Tax Act on taxing digital assets. So to assume that cryptos are suddenly legal by virtue of taxation — It’s an iffy interpretation.

However, that doesn’t mean they are illegal, either. If anything this is a watershed moment. The government has finally recognized virtual assets as a thing. And unless something drastic happens, they will likely go on to draft laws in a bid to formally recognize this bit, legalizing cryptos in the strictest terms.

Will they recognize it as a currency? (Very unlikely)

Will it be a new asset class? (Maybe)

Or will it be something else entirely? (It’s possible)

Anything is possible in fact. We will just have to wait and watch. But in the meantime, your crypto transactions will be taxed.

30% on the gains made while transferring or selling such assets. And someone will also deduct tax at source (TDS), every time you commit a transaction. This will amount to 1% of the total sale value and it’ll help the government capture every transaction.

Now more often than not, the government will let you offset losses against gains made elsewhere. So if you’ve made two transactions during a year, one where you turn a profit of ₹100 and one where you lose ₹50. Then the government will only tax the net again. In this case, ₹50 i.e. ₹100 - ₹50. However, with cryptos, you may not be able to offset such losses against gains made on other assets.

Now, there’s still a lot of debate on whether you can do this within the crypto universe i.e. Can you offset gains against losses you incur while dabbling with other crypto assets? But what we do know for certain is that you won’t be able to offset losses on crypto transactions using gains made via sale of other assets — stocks for instance.

In any case, we need a lot more clarity on the taxation bit. And we’ll probably do another more comprehensive story when we have more details. There were also discussions about launching a Digital Rupee next year. But since we already covered that story here, we will move on to the next topic.

Discussing the health of the economy and Fiscal Deficit

The government is still spending a lot of money. In fact, they are spending substantially more than what they are earning — as is the case with most economies. But having said that, India’s fiscal deficit (read as total money spent by the government in excess of the total income earned) is expected to improve next year — from 6.9% of the GDP this year to 6.4% of the GDP next year. It’s not a massive improvement and it most certainly doesn’t put us in the safe zone just yet. But any progress on this front is meaningful considering the extraordinary impact Covid has had on all of us so far.

That’s not to say that the government is taking its foot off the gas pedal either. They’re still spending a lot of money. And are committed to borrowing more than they did this year. But since the deficit is measured as a percentage of GDP, it can correct itself when the economy expands quite a bit. Which is the implicit expectation here.

Also, the government has promised to spend big on capital assets next year (35% increase). These are assets that can yield recurring income —  roads, bridges that kind of stuff. And if everything goes according to plan, maybe these investments could also help spur the economy.

The government is going green

On the subject of borrowing, the government also plans to borrow money using green bonds.

It’s like borrowing money — but doing so for very specific reasons. In this case, clean energy initiatives. And this development while seemingly benign is important for two reasons.

One, the budget had an explicit focus on what the finance minister called “Amrut Kaal.” In 25 years we’ll be celebrating 100 years of Indian Independence. And the government believes that this budget should lay the groundwork to propel India on to a path of sustained prosperity. This prosperity however will only beckon when we are future-ready. And if we don’t go green now, how will we prosper, right?

Second, there’s also the fact that green bonds and clean energy initiatives are gaining traction all over the world. So there is an added incentive for us to join the bandwagon sooner than later. And since we are still on the subject of green energy, there was also one interesting development that caught our eye.

There weren’t a lot of exciting new announcements for the automotive sector. But the government did promise something for EV manufacturers.

The biggest problem plaguing the electric vehicle ecosystem right now is range anxiety. People don’t want to find themselves stranded in the middle of nowhere because their battery gave out. We need quick-fix solutions here — Instant recharge for instance. And battery swapping promises just that. You could drop into an EV station, whip out your old battery and replace it with a fully charged one.

It’s a great idea on paper, but if we don’t have an overarching policy guiding progress, different manufacturers will tread different paths. They’ll do things that they believe is in their best interest. So a central policy on this front could expedite research and development for everyone.

This is an absolute bummer. We expected some tax relief. But yeah, there isn’t any.

Only last week, we said how there’s a consensus that the government may look at Section 80C once again. We were expecting the government to let taxpayers deduct a higher portion of their income. The 1.5 Lakh limit was set way back in 2015. And if the government had revised the limit upwards, we could have deducted a higher sum from the total taxable income.

We could have saved on taxes.

But alas, it isn't to be. And so we wait for the next year. With bated breath. Like always.

What the stock markets think

Yeah, that’s about it. Nothing extraordinary here.

The pandemic has had a damaging impact on many sectors, but none more so than education. School closures have affected marginalized kids from the poorest communities in India. It has had a crippling impact on an entire generation. And the government has finally recognized this bit.

So to alleviate some of the concerns, they want to invest more resources in imparting supplementary education in regional languages. They want to set up 750 new virtual labs in science and mathematics departments to foster creativity. And they want to create high-quality e-content for digital teachers.

Now the problem is initiatives like these almost never have the desired impact on-ground. However, we truly hope that this time it’s different. Hopefully, there will be better outcomes on this occasion.

Unlike last year, healthcare found little mention in this year’s budget. The focus however was squarely on strengthening administrative aspects. For instance, the government intends to set up an open platform called the ‘National Digital Health Ecosystem.’ Once this platform is up and running, the expectation is that you’ll be able to access all sorts of information about healthcare providers, facilities, treatments, under one roof.

There was also the National Tele Mental Health program. According to a 2017 study, roughly one in seven Indians suffer from mental health issues. And you can bet the pandemic only made it worse. So the government wants to set up some 23 tele-mental health centres to help address some of the concerns brewing here.

The biggest disappointments? Well, people are naturally upset that the government has allocated less money for food, fertilizer and petroleum subsidies next year. Also agriculture and allied activities didn't quite receive the boost some folks expected. So yeah, not everyone has kind things to say about the budget.

But that's it from us. We've already pushed our luck too far. And we will wrap-up this coverage here. But if you know of anyone constrained for time. Or if there’s someone you know who loves the budget, look no further. Share this article now on WhatsApp, LinkedIn and Twitter 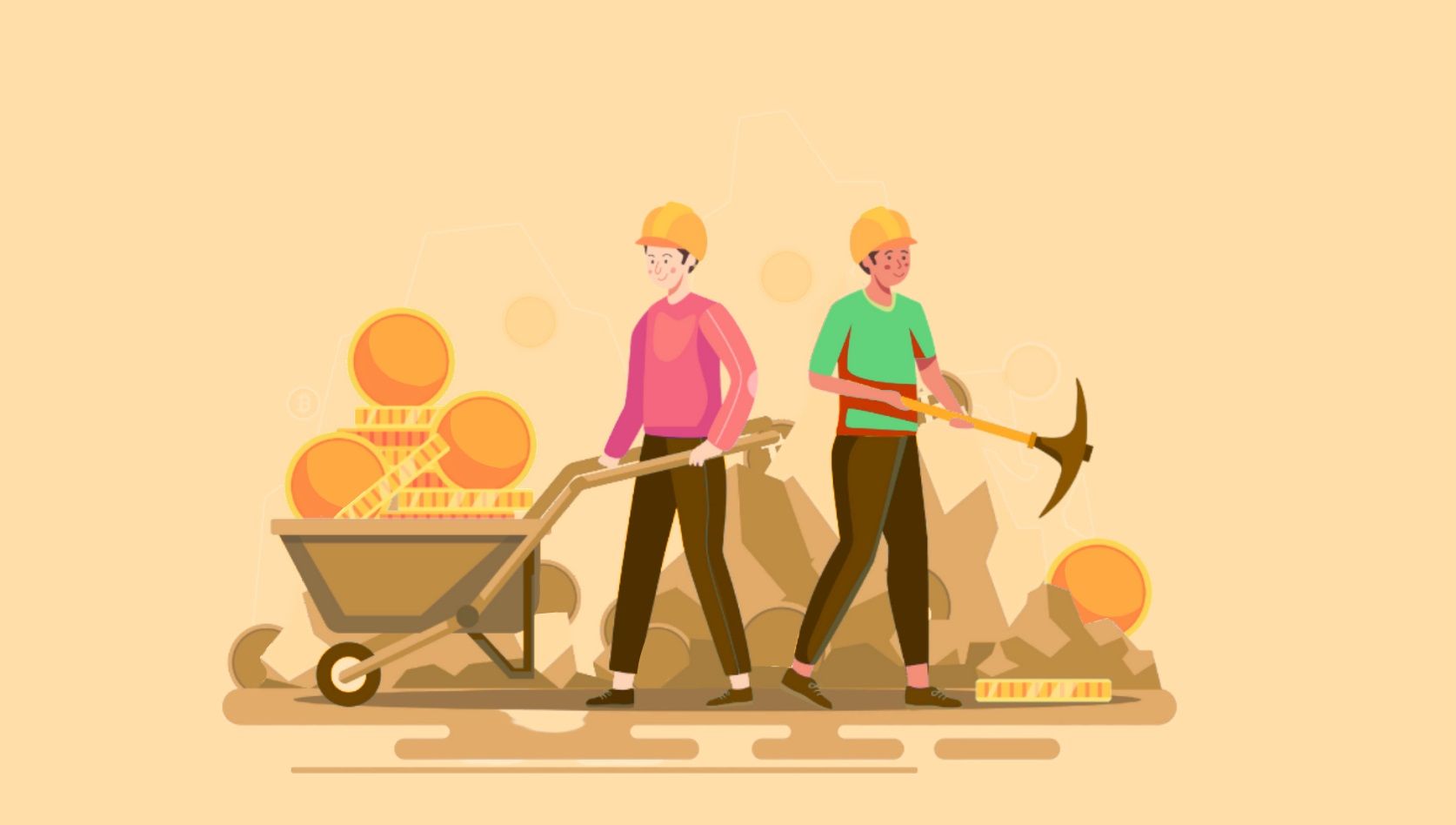 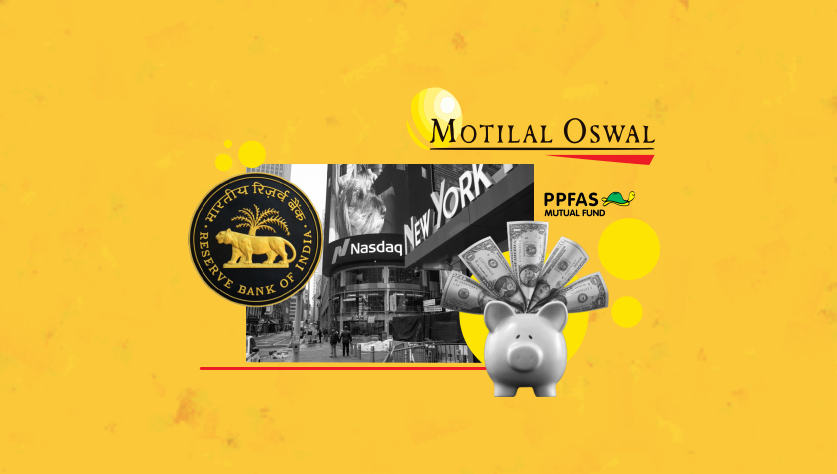