By now, you’d have finished swiping through your Spotify and Swiggy wrap-ups. But did you know that dictionaries also pick a Word of the Year (WOTY)?

Like Dictionary.com’s WOTY is woman. People looked it up 1,400% more than last year it seems. Searches spiked mid-year, mainly during the US Supreme Court’s overturning of its decision in the Roe vs. Wade case which took away the constitutional right to abortion.

Cambridge’s homer which is an American English word for a home run in baseball was looked up nearly 65,000 times in a single day. What led to that crazy spike? Well, remember the viral word puzzle Wordle? Homer was one of the words that people had to guess one day and obviously, it left a lot of non-Americans confused.

Then we had Collin’s permacrisis. It’s a noun meaning an extended period of instability and insecurity. Quite fitting in a world filled with uncertainty, no?

Merriam-Webster picked a term you might be familiar with — gaslighting. It means manipulating someone over time, making them question the validity of their own thoughts. It’s quite popular among millennials and Gen-Z.

But wait…we’ve left the strangest WOTY for the end. Oxford picked…drum roll 🥁

Yes, Oxford Dictionary picked up a slang word! But it wasn’t their editors who chose. It was put to vote and it was the people’s choice. It won the race against the word metaverse by over 318,000 votes.

Anyway, get ready to switch yourself into goblin mode with 2022’s last edition of Sunny Side Up.

A few days ago, the Taj Mahal, one of the new Seven Wonders of the World, got a not-so-wonderful surprise.

And guess what? If the Archaeological Survey of India (ASI, the agency responsible for archaeological research, conservation and preservation of monuments in the country) doesn’t pay up in 15 days, the Taj could be ‘attached’. Meaning, the authorities could seize it.

Weird. We know. But have you wondered how protected monuments like the Taj are taxed? Or who even pays their bills?

Well, if you thought that the government takes care of it all, you’re only partially right.

Sure, municipal corporations or other government departments sponsor the monument’s light bills sometimes. But mostly, it’s the ASI that pays. The ASI is a government agency that has a distinct identity from the ministry itself.

As for water bills, the ASI doesn’t really have to pay them unless they’re using it for commercial purposes like supply to offices or shops that aren’t a part of the monument itself. Any ASI properties within the monument’s premises are considered part of it. And as long as they’re using water to maintain the Taj, like watering its lawns for example, it won’t attract a tax.

Monuments are exempted from property taxes as well unless states change their mind on this. But the Uttar Pradesh government (through the UP Municipal Corporation Act, 1959) has exempted monuments from tax. So, there’s no question of the ASI having to pay it up.

Then what seems to have triggered these demands?

You see, municipal corporations of late have been using Google satellite images to identify the structures they manage so that they can shore up revenues by slapping property taxes on structures that aren’t part of heritage sites.

Ticket collection counters managed by the ASI may have been mistakenly considered structures independent of the Taj owing to this. The result?

A confusion worth crores!

And now, it has to respond to the notice to clear out a mess that hasn’t happened in 102 years since the Taj was declared a protected monument. What do you think of it?

Did you read our story on why “Economists hate Secret Santa”?

We highlighted how some economists believe that gifting actually destroys value. Because there’s a gap between how much the gift giver spent and how much the receiver values the gift. And it’s called “the deadweight loss of gift-giving”. For instance, you might spend ₹2,000 to buy a gift. But if you ask the person who receives that gift, they might say that the most they’d have paid out of their pocket for the gift is only ₹1,700. That difference is the deadweight loss.

Anyway, from an economist’s viewpoint, the most rational gift is — cash in an envelope! It’s fungible and can be used for whatever catches that person’s eye. But cash isn’t socially permissible (unless it’s for a wedding!). People think it’s rude.

So maybe you opt for cash’s cousin. — the plastic gift cards. And believe it or not, these things are getting quite popular globally. In America, it was the #1 item on a wishlist for 13 years. In 2019, Americans purchased an estimated $171 billion worth of these cards.

Now some folks argue that gift cards also lead to economic waste. How, you ask?

See, people might only use a part of the gift card or it lays in the wallet forgotten. And each year, $3 billion worth of gift card money is not redeemed.

But if you ask an economist, that’s not wasted money.

For instance, you might have bought a gift card for ₹5,000. You gift it to your friend who swipes it for ₹4,000 and then forgets it. The balance ₹1,000 is basically free money for the retailer. The extra revenue looks nice to the shareholders. And some of it could even end up as a dividend in their pockets.

So yeah, maybe gift cards really are the perfect gifts.

But as we wrote that day, “while giving gifts might be economically stupid, sentimentally, it may be the best thing in the world!”

In the past 3 weeks of this Budgeting series, we’ve focused on the quantifiable bits of budgeting — using a spreadsheet, divvying up the expenses using the percentage method, or just taking the helicopter view and tracking the net-worth.

But for the final bit of the Budgeting series, we want to tell you about some qualitative hacks to

budgeting. Something that’s not just about numbers.

If you’re one of those people who has always included “going to the gym” as a New Years resolution but never got around to it, chances are that you’re probably doing the same with your budgeting exercise. The reason? Because it’s boring to do it alone. You need a partner-in-crime. Someone to motivate you. Someone who’ll kick down your door if you hit the snooze button on your alarm.

But if you pick a friend who’s a “splurger” as an accountability partner, be prepared to end up crying on the toilet seat when they nudge you to break your money rules. Instead, you need someone who shares a similar money mindset. They’ll be like your personal trainer in the gym constantly motivating you to do better. And it works because you don’t want to let the other person down! And that’s a powerful motivation.

You could even make this whole exercise fun and set goals together. Like saving for that holiday to Goa that has been on both of your minds.

Be mindful about your spending

Hold on, don’t scoff at this technique just yet. Mindful spending means spending with purpose. Every time you take out your wallet or add a thing to your shopping cart, ask yourself if it aligns with your long-term goals. If you need it ASAP, sure, go ahead and make that purchase. But if it’s not something that you need right now, just take a moment and ask this simple question — Is this something that you can do without?

Alternatively, you could also take some time out this weekend to match how your spending aligns with your values and goals. What do you want to spend money on? And why do you want to do it? Once you get to this bit, you create a positive feedback loop every time you spend on something that aligns with your values, instead of a negative emotion associated with a restrictive budget.

And all of a sudden, you’ll start seeing savings accrue in your bank account. In any case, all these three techniques don’t require excel sheets and excessive notetaking. So you can start with this if budgeting is too hard for you.

This book recommendation comes from our reader Arabinda Behera. And it’s about our natural ability to turn our emotional pain or confusion into insightful clarity. It explains how we can use mindfulness to beat our self-defeating habits and approach our relationships, work, and internal lives with a fresh perspective.

Sounds like a perfect way to end the year, no?

We hope this Christmas will be full of light and laughter for you and your family.

And this holiday season, we want to do something very special for you.

Welcome to Day 5 and the final day of our special giveaway — today, you could win a brand new pair of 2nd Gen Apple Airpods!

P.S Don’t forget to check out Day 1, Day 2, Day 3 and Day 4 of our Christmas giveaway  — where we are giving away super exciting gift hampers just like this one!

Anyway, that’s all from Sunny Side Up in 2022, folks. We hope you enjoy the holiday season. Eat a lot of cake. 🍰 We’ll see you in 2023, with our same old Sunday newsletter. Just with some fresh new year vigour!

In the meanwhile, we’d love to hear from you. So do send us your book, music, business movies, documentaries or podcast recommendations and we’ll feature them in Sunny Side Up! Just hit reply to this email (or if you’re reading this on the web, drop us a message: morning@finshots.in).

See you next year! 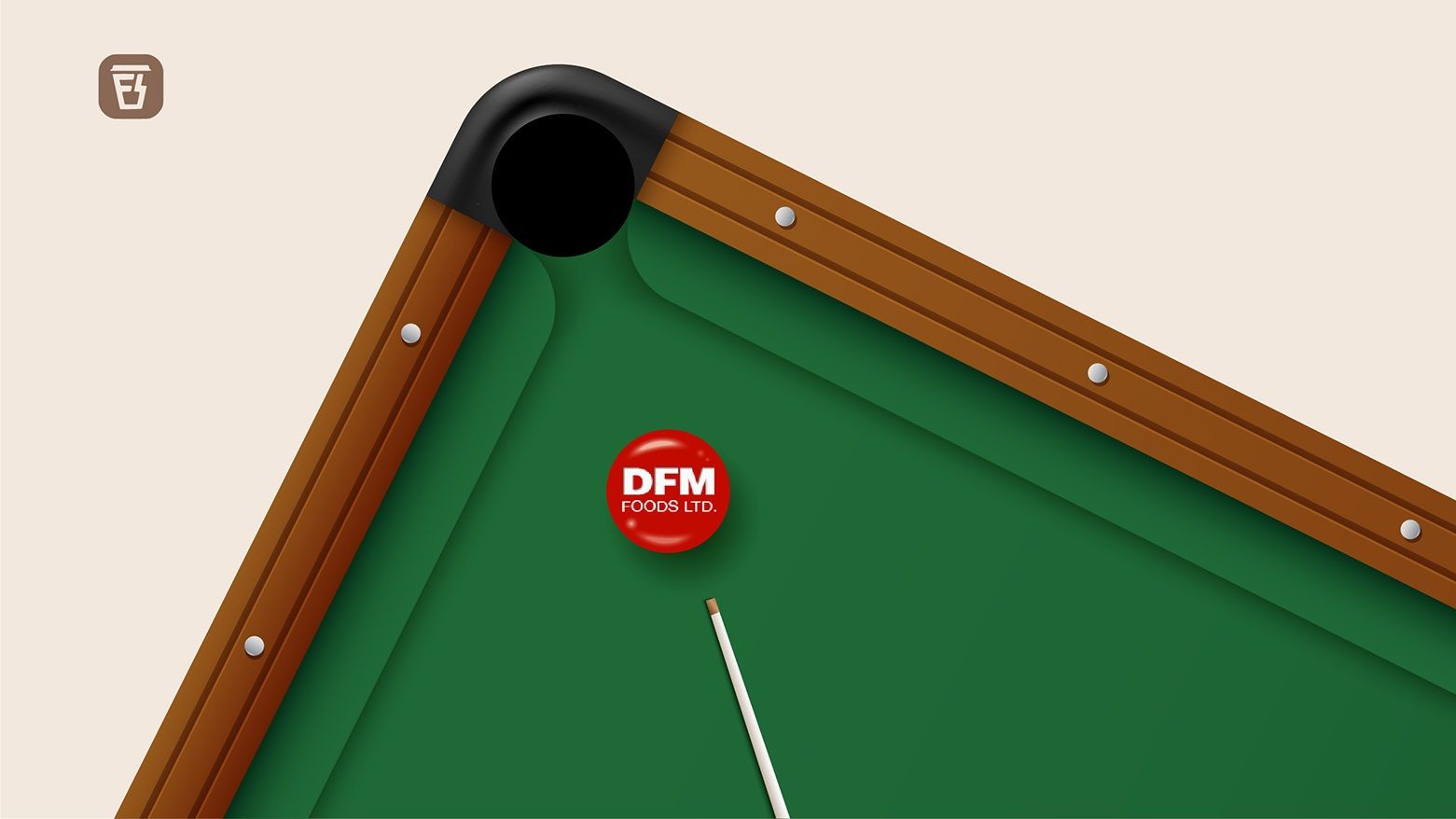 An explainer on the issue with DFM foods