On September 10th, a forensic financial research company in the US — Hindenburg Research released a report calling into question some of the lofty claims made by the billion-dollar EV upstart — Nikola.

So in today’s special edition, we simplify the 15,000-word report and present a cogent narrative on how Nikola became a multi-billion dollar auto company without ever putting a single truck on the road.

Nikola’s promise was simple — To build a fully functional truck that could run on hydrogen-powered fuel cells and compete with industry-standard diesel-powered alternatives on all fronts — price, tech, design, you name it. And in 2016, the company claimed to have met this promise by engineering the “Holy Grail” of Hydrogen tech for trucking. They said they had a “fully-functional working prototype” and the company unveiled its state of the art truck — "Nikola One" soon after.

Immediately, outside observers began heaping praise on the company. The press went gaga over the lofty claims made during the presentation. And on the back of this event, Nikola managed to raise considerable sums of money and ink partnerships with major automotive suppliers including Bosch — A spectacular feat for such a young company.

Except there was one problem. The truck in the showcase event was a haphazard concoction of auto parts assembled in a few weeks and the key technology powering these trucks — the hydrogen fuel cells were never integrated into these “fully functional” trucks, according to Hindenburg. In fact, the truck could not even power itself, let alone drive. They had to snake up an electric cable through the stage to power the infotainment system inside the cabin.

But the showcase had the desired impact and it’s safe to say Nikola had finally arrived on the scene.

According to sources within the company, development work on Nikola One ceased after the event. They went radio silent for a few months. They released very few updates. Until in October 2017, when the company reemerged from the void once again promising to showcase the Nikola One in action.

Although the video came much later, it did create a lot of buzz in the industry as observers finally had a chance to see an actual Nikola Truck “driving on a level road at a high rate of speed.” Except there was a tiny problem this time around as well. As Hindenburg states in its report —

According to a former employee who spoke with Nikola Chief Engineer Kevin Lynk, the video was simply the result of Nikola towing the truck to the top of a hill and rolling it down.

Yeah. That’s right. The company found a long empty stretch of road and shot the entire video in a way that would make the road appear fairly level — deceiving viewers into thinking the truck was running on its own when in fact it was simply rolling down the hill. Hindenburg recreated this experiment with a vehicle of their own and managed to reach a top speed of 56 mph.

Bottom line — The video was a classic case of deception.

Combining hydrogen with oxygen to generate electricity for propulsion is the holy grail of energy production. After all, hydrogen is the most abundant element in the universe. And the reaction with oxygen yields water as a byproduct i.e. no emissions either. If you could build vehicles that could run (mostly) on hydrogen alone, that would truly revolutionize the auto industry.

However, adopting H2 as fuel is easier said than done. The cost of producing hydrogen from known techniques is still prohibitive. And to put long haul trucks on state and national highways, Nikola needed a working network of hydrogen stations that could help drivers refuel on demand. So naturally, progress was going to be slow.

In the meantime, Nikola whipped up something else to get investors excited. On 18th November 2019, the company claimed it had finally struck gold with a game-changing battery technology that would make most diesel vehicles obsolete. This was a visible departure from the narrative Nikola had peddled for the past two years. It was a formal admission that the company was now dabbling with other kinds of batteries outside of Hydrogen fuel cells. But alas…

There was a problem once again.

According to Hindenburg, Nikola’s new game-changing battery tech hinged on the acquisition of another battery maker — ZapGo Ltd.

But soon after signing the letter of intent, Nikola found out that ZapGo had no working battery to speak of. It was all Vaporware — a concept design at best. They were also intimated that the president of the battery company had been indicted a few months earlier for using his NASA expense account to hire prostitutes. In the end, Nikola had no choice but to sue the company and terminate the agreement.

Nonetheless, Trevor Milton, the CEO, kept discussing the game-changing tech even after the deal fell through — presumably in a bid to keep the intrigue alive. As Hindenburg writes —  “Investors likely believe the ‘game-changing’ battery technology still exists. It never did.”

But the company was quick to adapt and the narrative shifted to hydrogen cells once again. In Trevor Milton’s own words —

"In America, we’ve already got the largest hydrogen station in the western hemisphere at our headquarters.[We] Can produce over 1,000 kilograms a day on site. We saw an opportunity to bring the cost of hydrogen down going zero-emission and putting it on parity with diesel, and it’s the first time in history that’s been able to be done, so it went from about $16/kg and we are down now below $4/kg."

These were obviously some big claims. However, when pressed about the subject once again in July 2020, he backtracked and conceded that they hadn’t produced a single ounce of hydrogen.

And at this point, you’re probably asking yourself — What does Nikola actually do? They don’t have manufacturing facilities. They don’t have the batteries. They don’t have the trucks. What on earth do they bring to the table? If you asked the CEO he would tell you this — “We do all the e-axle design in house. All the gears, the gear reductions. The thermal the cooling. Even the controls that go with it. And, also, the inverters as well. All inverters on the Nikola truck are probably some of the most advanced software systems that I know of anywhere in the automotive world.”

Yet if you were to probe some of these claims, you’d see that not all of them stack up. For instance, Nikola’s YouTube channel has a video showing off one of these proprietary inverters running in full steam. At first sight, the whole thing does seem legit. However, according to Hindenburg, this inverter doesn’t belong to Nikola. Instead, they claim that the company simply bought this inverter from a third party supplier and put masking tape on the front to hide the name of the manufacturer.

But we are not done yet. There is one last thing.

People often rely on their subjective feelings to determine the underlying potential of a stock. However, if you took some time to snoop around, you are likely to stumble upon solid leading indicators of future revenue potential. One metric that captures this idea succinctly is the order book.

Consider pre-orders for a concept-truck like Nikola One. It represents customer orders that will be filled in the future. And if you’re an investor, the order book will give you a reasonable idea of the company’s business potential.

Nikola for its part has often boasted about its huge order book spanning billions of dollars in preorder sales. The only problem, however, according to Hindenburg, is that almost a third of its order book totalling $2.3 Billion could be attributed to U.S. Xpress— a logistics company that only has about $1.3 Million in cash. Not exactly the kind of company you can count on to honour a multi-billion dollar obligation.

But that’s not it. The research company also claims that most buyers seemed to have signed agreements that offer them multiple exit options. For instance, the agreement with Budweiser (Anheuser Busch) allows the beer manufacturer to cancel (i) anytime with 1-year notice (ii) if a 90-day road test doesn’t perform up to expectations; or (iii) if the products aren’t delivered at all. Meaning, nobody can know for sure if the order book will materialize into actual revenue.

However, despite all this, the company IPO’d this year to much fanfare and the stock price has rallied quite a bit since then. The only caveat — big investors (including manufacturing giants like Bosch and Worthington) have dumped a lot of their holding on unsuspecting retail investors. So does this mark the end of the road for the revolutionary Nikola?

The remarkable thing about Nikola’s story is not that someone like Trevor Milton exists, but that he has managed to parlay his stories and lies into deals with some of the best manufacturers and partners in the world by claiming to own vast proprietary technology and having successfully built revolutionary products that simply didn’t exist.

He transformed these deceptions and false promises into an empire that at one point was valued at $34 billion, larger than Ford and Fiat Chrysler. He’s signed deals with GM, Anheuser Busch, Bosch, Worthington, and a slew of significant automotive players. He received investment from Fidelity and ValueAct, among other name-brand institutions.

And even though the US justice department is looking into allegations of fraud as we speak, I can’t help but think — Is it possible that Nikola has raised enough money to actually become the company they claim to be?

Could they actually fake it till they make it?

What do you think? Let us know your thoughts on Twitter.

Note: In simplifying Hindenburg’s research report, we’ve had to leave a lot of key details about the company, its suppliers, the founder and other key personnel. So if you want to read the full draft, you can check out the original report right here

Correction: In yesterday's Finshots titled- The $40 Billion Semi-Conductor Deal, We used the word 'Upstream' erroneously while describing Arm's foray into manufacturing. We regret the error. 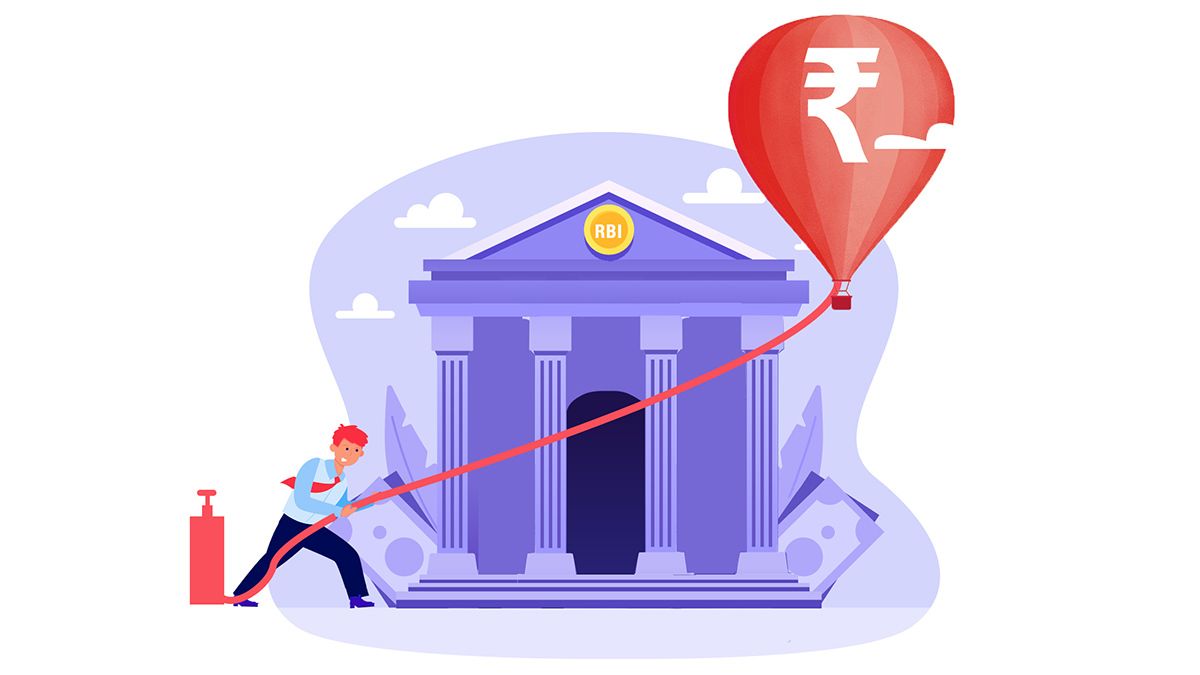 An explainer on why RBI's inflation targeting might not be working. 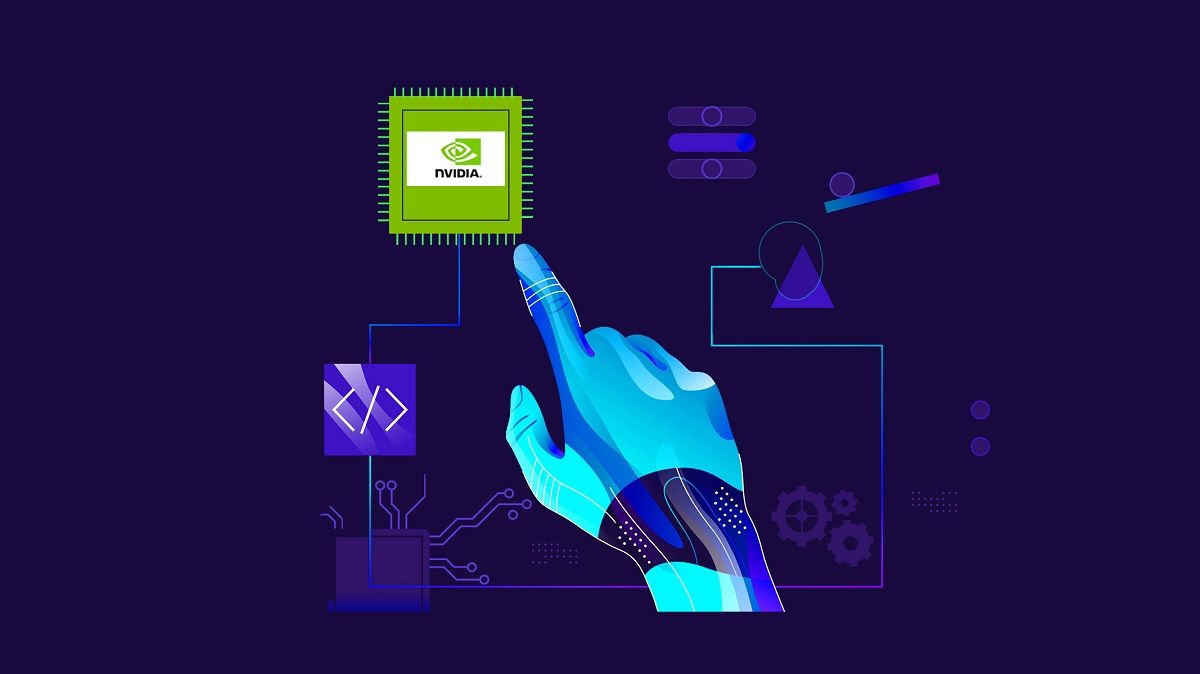 An explainer on why Nvidia bought Arm holdings.

Finshots
—
Finshots Special — Fake it till you Make it
Share this