In today's newsletter, we talk about everything that you've ever wanted to know about a mutual fund and why Franklin Templeton had to wind down 6 different debt schemes.

The Mutual Fund industry operates on a simple premise.

They will tell you regular investors have little know-how about the complexities inherent in stock markets. They’ll convince you that you’ll always be at a disadvantage since you don’t have access to information that could help you optimise your choices. They’ll even contest that you cannot interpret this information even if you somehow managed to get your hands on it. Instead, a better approach is to simply let them manage it for you.

They’ll take your money, divert it to a common pool — with funds mobilized from other investors like you and they’ll invest this corpus in handpicked stocks to offer you outsized returns.

All this for a small fee. It’s a win-win for everyone, they claim.

And truth be told, they do have a point. Investing in stocks is a ridiculously tedious affair and a mutual fund is a pretty decent alternative.

But not everybody wants a piece of the Indian stock market.

The ups and downs can be too much. It’s never a good feeling to hear that your fund is down 10% because the stock markets continue to tumble. So for the faint-hearted, they offer another alternative — a debt mutual fund.

This time they’ll use your money to lend to corporates and governments, instead of buying stocks from select companies. In return, the corporate will promise to pay the fund house the entire principal (within a specified time frame) and a fixed sum on top. The contract agreement is called a bond. The time frame — Maturity Period. And the fixed return on top is called the yield.

You just finished a mini-course on the Mutual Fund Industry and you can probably give yourself a pat on the back right now.

However, there is a problem. What happens if you ask the fund house to pay you back right now, and they've already invested the entire common pool (of funds) in corporate and government bonds? I mean, the fund-house can’t go to  one of these corporates and ask them to pay back the debt. At least, not until the debt is due (maturity date). And if they still tried to push, they’d be in violation of the contract.

So how does a fund house honour your redemption request whilst also staying true to the corporates?

You have to remember that while there may be people who will want to redeem their funds, there’s also a bunch of new investors looking to park their money here. So the fund house will always have some spare cash to pay out existing investors, no matter what.

And besides, each time you invest in a mutual fund, they also set aside a small portion of your investment in cash, just in case.

Now obviously this won’t be much. But when they start doing it with thousands of investors in tandem, the small contributions add up and they’ll have a sizeable cash reserve to meet individual redemption requests.

But deciding on the exact sum is much like walking the tightrope. If the fund house sets aside too little, there's a very real risk of failing to meet a redemption request. They set aside too much and they’ll have a lot of idle cash sitting around offering them very little in return.

When push comes to shove, get a ladder

But, ladders are only good so long as the ground beneath stays solid.

Unfortunately, during times of crisis, that’s not always the case. When redemption requests start flooding in from all corners the fund house will have to resort to drastic measures.

They'll have to start selling the one thing they own — the bonds.

The hope here is to sell the bonds and muster some much-needed cash. When it doesn’t sell quick, they’ll offer a discount. Obviously, this means taking a hit on the performance. While once the fund house could offer investors a consistent compounded return of 8%, they can only offer a measly 5% now.

But suppose that doesn’t cut it either, the fund house will finally start borrowing money in a desperate bid to keep honouring the redemptions.

And all of this played out in rather spectacular fashion as the Franklin Debt Saga began to unravel. So hold on to your papers, because things are going to get rough.

Franklin Templeton has always had a reputation for being one of the best in the business — especially with Debt Mutual Funds. And they’ve managed to beat their peers largely by resorting to a risky approach that has paid off in spades. Whilst other debt funds chose to lend to corporates and governments who are guaranteed to pay back in full, Franklin has often chosen to lend a bulk of its monies to institutions that are a tad bit risky.

And to compensate for the risk associated with lending to a financially vulnerable institution, Franklin often demands a higher yield (return).

But here’s the thing. Despite the approach, the fund managers at Franklin have done such a stellar job of managing risk all these years, that most investors were convinced there’s almost no problem here at all. This specter of safety had truly taken over all mind and matter and it's also why so many people (and businesses) chose to invest their hard-earned money with Franklin.

But this time it’s different. Risks are magnified. And even great fund managers can’t keep eluding fate. The pandemic is upon us and it's about to make landfall.

First, it hits the investors —institutions that chose to park their idle cash with Franklin hoping to earn some extra return on top. With the lockdown in place, businesses have no avenue to keep making money. And as cashflows start running out, they have no choice but to redeem their funds. Soon enough, mom and pop investors (like you and I) join the bandwagon too.

And Franklin immediately starts seeing a surge in redemption requests. On any other day, this wouldn't be a problem. But right now, there aren’t a lot of people looking to invest in mutual funds. Meaning there’s a ton of money going out and not a lot coming in.

Franklin, however, has to honour its commitment. The promise must be kept. So, it starts dipping into the cash reserves, and soon, even the cash buffers start running thin.

Fortunately, the ladder offers some respite. Bonds that were due to mature in March and April 2020 start paying out. And Franklin somehow keeps honouring the redemption requests.

Then, another wave of withdrawals. And this time, Franklin has no choice but to sell the bonds in the open market.

But everybody’s holding on to their purse strings. Cash is precious. Nobody wants the bonds. At least, not the risky ones (where you’re talking about corporates who might not be able pay back considering the extraordinary circumstances).

What does Franklin do now?

Well, they start selling anything they can, anything that will sell. But the only thing that'll sell now are bonds that will almost inevitably pay out —the AAA-rated gold standard stuff.

And this is deeply problematic. Because if they keep with this little program and sell all the good bonds they hold, they will soon be left with a bunch of junk bonds that might never yield anything, not even the principal. The whole fund might be worthless.

What happens to the remaining investors then? Do they get nothing? Not a single penny?

That can't happen. So Franklin stops the selling and starts borrowing money to keep honouring redemptions, in a last ditch effort to save the funds. All the while hoping that the tide will turn. But the tide won’t turn. There’s no turning back now.

FRANKLIN HAS TO  WIND DOWN THE FUNDS NOW.

Stop all inflows. Stop all outflows. Save the good bonds you own. Hope the risky bonds payout. And maybe, when maturity is due, they can start paying investors what’s left, if and when the corporates pay back.

Note: At the time of winding down the funds, Franklin was managing ~28,000 crores spread across 6 different debt schemes.

If you happen to be an investor, here’s a useful guide on when you can expect to start seeing some of your money

Also, it’s quite possible that the fund might be able to sell some of its bonds (before maturity) once the crisis resolves. But until then, I suppose, investors will just have to keep hoping. 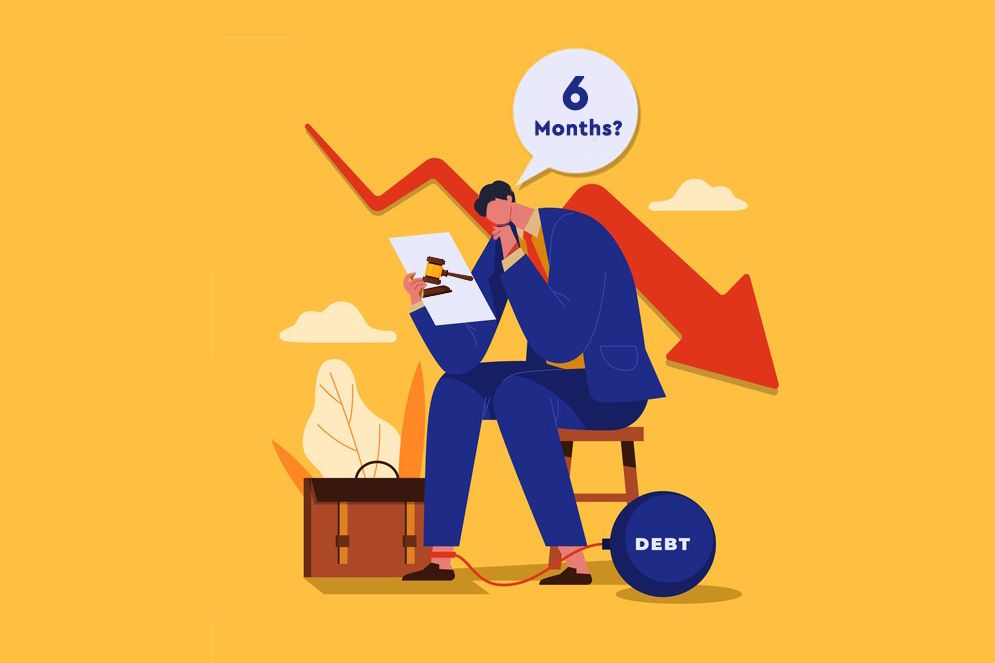 Why is the government (reportedly) scrapping the IBC for 6 months? 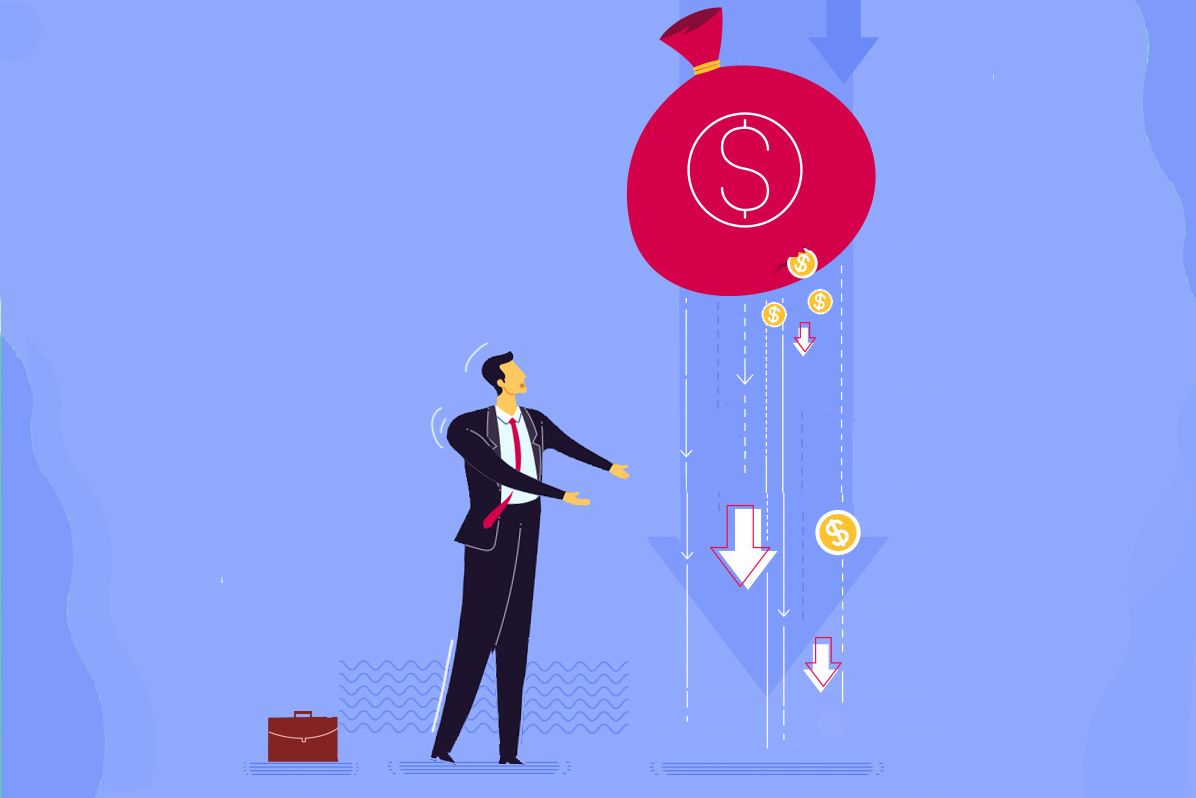 We discuss why India changed the FDI policy, why oil prices dropped below $0, how the RBI is trying to rescue NBFCs, Facebook's investment in Jio.

Finshots
—
Finshots Special: The Fault in our Funds
Share this