US payments giant Square recently agreed to pay an eye-popping $29 billion to acquire an Australian “Buy now pay later” fintech called Afterpay. Well, technically they aren’t actually paying $29 billion out of their pockets. It's an all-stock deal. Meaning Square will be paying off Afterpay shareholders with its own stock and there won’t be any cash involved.

But that doesn’t take away anything from the magnitude of this deal. In fact, it underscores how big Afterpay’s business model — ‘Buy now pay later (BNPL)’ has become. And so, in today's Finshots we talk about this and more.

BNPL is red-hot right now. Not just in the US, but also in India. And if you are not familiar with this term, here’s a brief explainer.

Picture this — you are on a lookout for shoes and you spot a nice pair worth ₹2000 on an e-Commerce app. But it’s a bit out of your budget. For a moment, you throw all caution to the wind and add the shoes to your shopping cart. However, reality kicks in soon enough and you are now contemplating ditching the purchase altogether.

And then suddenly, out of the blue, the app suggests a BNPL alternative. You don’t have to pay the ₹2000 right now. Instead, you can pay it next month. without interest, as the terms and conditions state — “Buy now, pay later.”

It feels too good to be true. But you make the purchase nonetheless and you are left wondering — “Why on earth are they letting you buy a product right now without even getting you to pay for it?”

BNPL is designed in a way to make a large purchase look more palatable. Imagine if somebody wasn’t offering you this alternative. You’d have ditched the purchase altogether and the e-commerce retailer would have lost out on a potential sale. This is bad. So when companies like Afterpay or Lazypay (in India) offer a BNPL solution, it’s too hard to pass up.

In this case, Lazypay will pay the e-commerce retailer ₹2000 after deducting a small fee. Then they’ll collect it from you next month. If you don’t pay up, they may charge a late fee. But that’s about it. This is how they make a bulk of their revenues. And while there is a real possibility that some of these people may not pay up, it’s something BNPL companies have to take on the chin. They’ll take a hit on their bottom line and move on.

Now for e-commerce companies, food delivery apps, and other such entities, this is a very nice opportunity to drive up transactions. They can get you to commit to “repeat purchases” and larger order values. There’s less friction while transacting. And for BNPL companies, it’s a decent opportunity to make some money. In fact, if they see you’re the kind of customer that keeps paying promptly, then they may even let you upgrade to higher ticket loans with EMIs and stuff. So yeah, the potential is there.

Having said that, however, there are also some risks involved.

For one, most BNPL companies still facilitate small transactions. And truth be told, margins are terrible here. And then there’s the fact that they accept users even without a credit score. So it could get a bit ugly if they can’t judge risks properly.

More importantly, big retailers are now building their own in-house BNPL solution. So standalone companies might see some tough competition soon enough. But what is undeniable is the impact BNPL has had on consumer behavior, especially in India.

Not a lot of people have a credit card in this country. However they do have massive aspirations to live their life as they deem fit. And BNPL companies are helping them realize this dream. In fact, while at it, they’re also driving business away from traditional banks. As one report in McKinsey notes —

"Thus far, fintechs have taken the lead, to the point of diverting $8 billion to $10 billion in annual revenues away from banks, according to McKinsey’s Consumer Lending Pools data. In our view, only a few banks are responding fast enough and boldly enough to compete. Banks that underestimate the threat may see continued loss in share and could lose out on participating in a growing value pool and gaining share among younger and new-to-credit customers.”

So if you’re wondering why a US company paid $29 Billion to acquire a BNPL company, then here’s your answer. 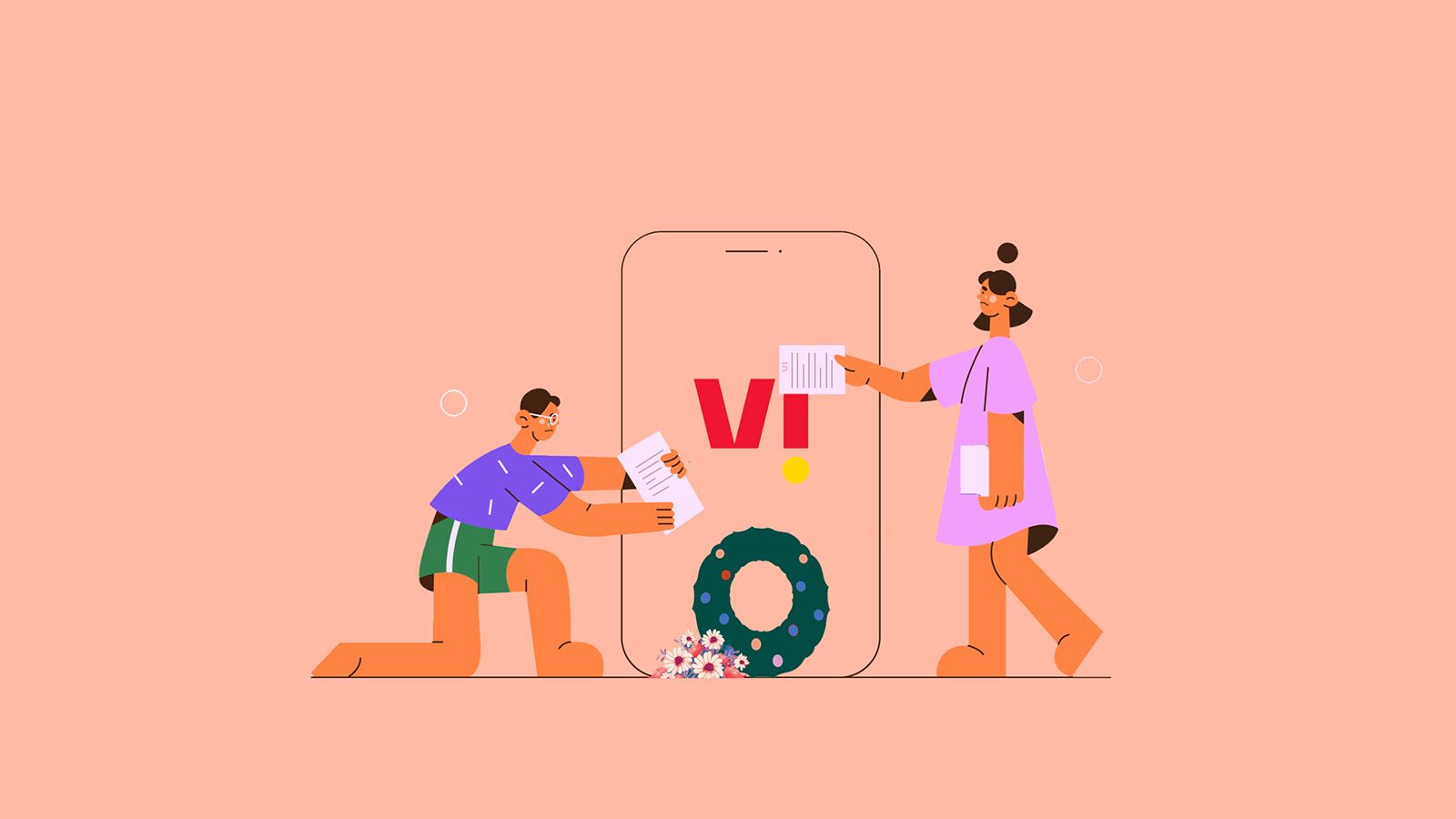 An explainer on why everybody thinks Vodafone Idea is going under 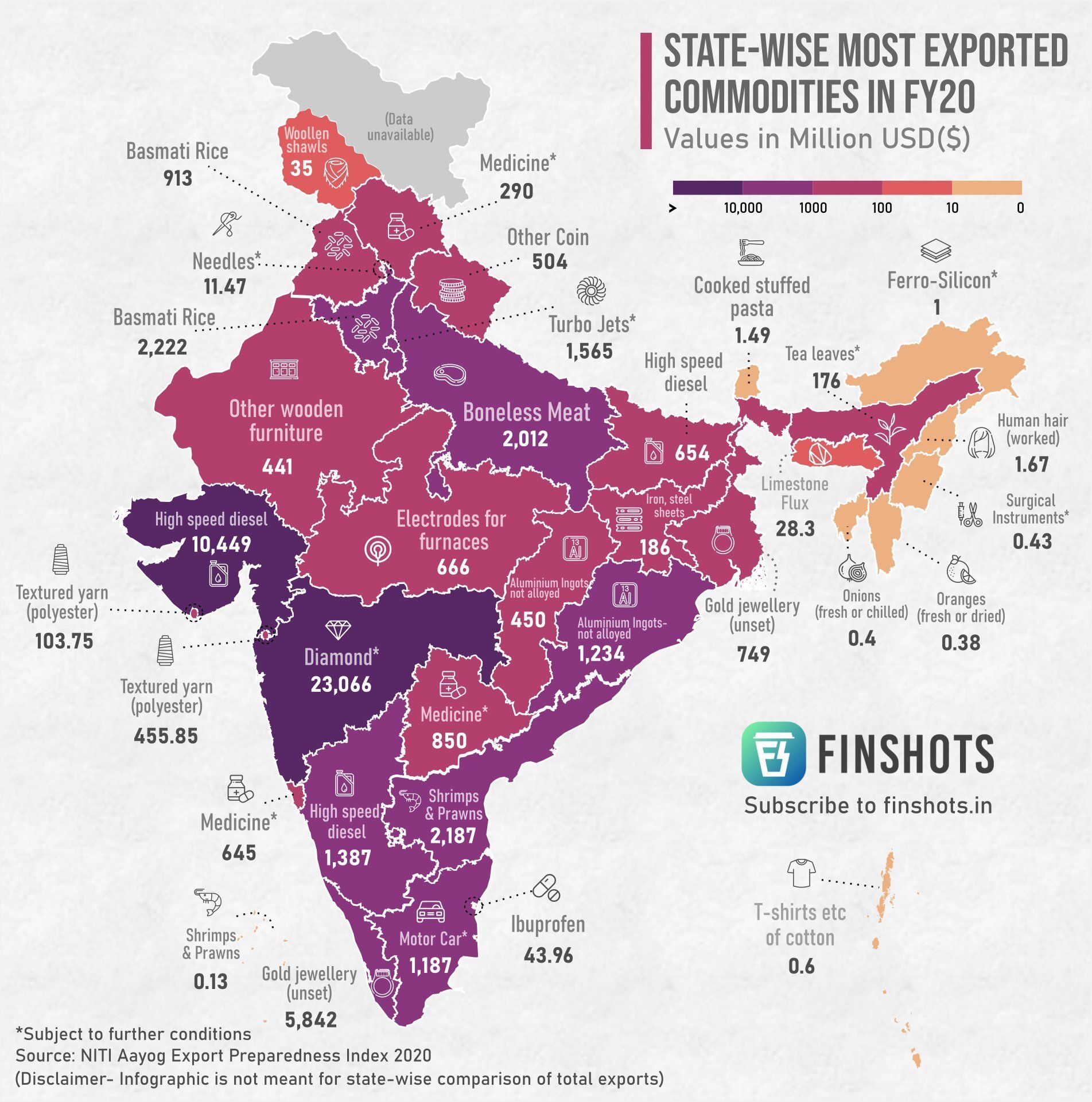 Top commodities exported from each state.