In this week’s Finshots Markets we talk about IRCTC and see why the company’s stock has been rallying in the recent past.

For the uninitiated, IRCTC or the Indian Railway Catering and Tourism Corporation is the only entity authorized by the Indian Railways to provide catering services, railway tickets online, and packaged drinking water at railway stations and trains in India. This makes the company a monopoly — an entity that controls the entire market.

They get pricing power by virtue of being the only player in the market and they can make as much money as they please. Unfortunately, IRCTC doesn’t exactly work this way. Sure, they are a monopoly, but they are also controlled by the government. And the government often champions the cause of the people.

Take for instance this classic example from 2017.

Back in the day, IRCTC made about 30% of its revenues from the online ticketing department. They charged a convenience fee when you made a ticket purchase online (Rs. 40 if you were travelling in an AC Cabin and Rs. 20 if you were travelling sleeper class). However, during demonetization, the Ministry of Railways came up with a radical proposal to boost online sales. They decided to waive this fee off completely and bam, almost overnight you had a major policy change that wiped out a good part of the company’s revenues. The government eventually decided to reimburse about 160 Crores to offset the losses, but the damage was done. For almost two years, they made very little money from the ticketing segment and it felt like this status quo was unlikely to change. But then, the government decided to restore the fee in September 2019 and all was well once again.

In fact, these kinds of decisions cut both ways. IRCTC might be a ticketing company, but they make most of their revenues from the catering segment. And back in 2017, the government introduced a policy change that put IRCTC in the driving seat once again. They let the company expand beyond railway catering and take control of food plazas, food courts, and other fast food units operated by other departments of the Indian Railways. Suddenly IRCTC had cash coming in from all sides. Revenue from catering services doubled in just 2 years — from ~400 Crores to over 1000 crores, a rather spectacular turnaround.

In fact, a completely new line of business can open up seemingly overnight sometimes. Consider for instance the introduction of the Tejas Express — what is now being dubbed as India’s first private train. Technically, Tejas isn’t exactly privately run. In fact, the Indian Railways, does all the heavy lifting — extending the physical infrastructure to operate the train. But all of the services — including ticketing facilities, parcels, catering, housekeeping is contracted to private players through IRCTC and as these initiatives have now gained momentum, IRCTC is in pole position to reap the benefits.

And by now, you should probably see where we are going with this. Policy changes can adversely impact IRCTC’s prospects and while on some occasions that may well benefit the interest of other shareholders, there’s no saying what will happen next.

So if the monopoly status doesn’t explain the inexplicable rise of IRCTC, what does?

Well, truth be told, IRCTC didn’t have a lot going for it these past couple of years. In fact, the pandemic completely crippled business prospects. When trains don’t run, you can’t make money via ticketing services. When people don’t travel, you can’t make money via catering services. And when the government imposes a lockdown, you can’t sell tourism packages either. Three main business lines for IRCTC — all broken because a virus was wreaking havoc outside. Between April and September 2020, revenues fell 77% compared to the same period a year ago and profit tumbled by a whopping 95%. And while things have improved a bit since then, the second wave will not be kind to IRCTC by any stretch of the imagination.

However, despite all this, the company did have some things going for it.

For starters, the government reimposed the convenience fee back in 2019. That definitely helped margins even as revenues tumbled in the recent past. Also, the pandemic forced people to buy tickets online and analysts now believe that this trend may hold even as the pandemic subsides.

Then there is the expectation that the catering segment will grow in a big way with a revision in the pricing structure. If food becomes more expensive, IRCTC stands to make more money. Also, as the company expands its footprint by adopting more food plazas, its prospects will improve alongside this expansion. Finally, you have to acknowledge the fact that the government has committed more money to the railway sector than ever before i.e. More people are likely to travel by railways as the infrastructure improves and this should ideally serve well for IRCTC in the long run.

So yeah, as India begins to open up, you could make a case that IRCTC will grow and outperform. But remember one thing always — IRCTC is a government-controlled monopoly, and if you’re always expecting them to prioritize the interest of the shareholders above the interest of the general population, then you could perhaps be mistaken. 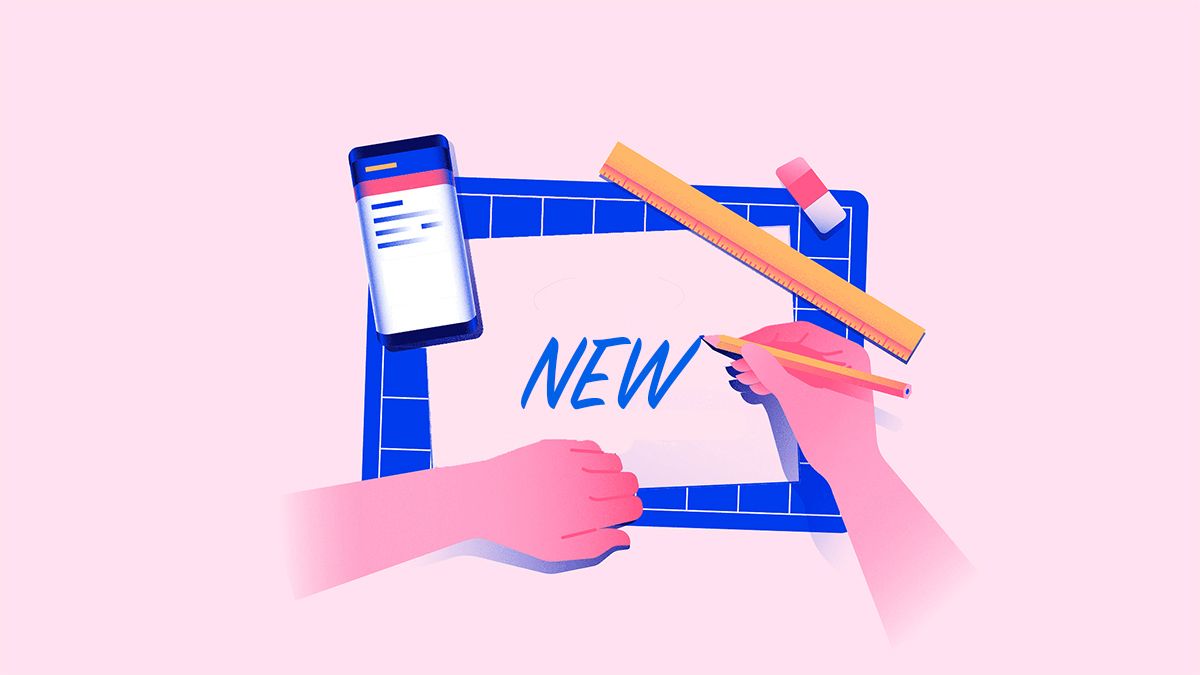 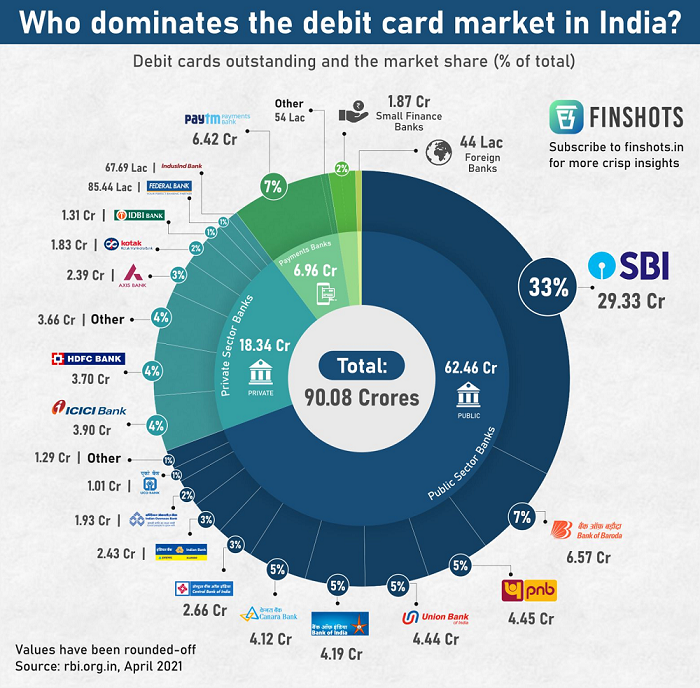 Who dominates the debit cards market in India by the number of outstanding cards?