In today’s Finshots, we see how the US Federal Reserve can come to affect market participants across the world

“Everything is now expensive,” mutters an old lady shopping for groceries in her neighbourhood supermarket.

“Not in the world where I come from” — replies the trader working on Wall Street.

They’re both right. Prices of cereals, soaps, toilet papers and food —They’re all going through the roof. Elsewhere on the trading terminal, stock prices are tumbling.

In fact, some believe that they may all be related. Positing that inflation in the real world is upsetting the natural order of things in the stock market — affecting the rally that’s created gargantuan sums of wealth for a small subset of people.

Their contention is simple. Money supply accounts for everything. And central banks — being the primary authority on the matter are now taking drastic action. Central banks have many roles and responsibilities. But their most important job is to induce price stability. If prices go out of whack, people riot. And when people riot, the ensuing damage can be devastating. When the oldest central bank in the world — the Sveriges Riksbank in Sweden began operations way back in 1668, it included a clause on price stability. It’s been a staple of the central bank constitution since.

And the central bank authorities use a host of tools to achieve this objective.

But central banks have to worry about long term growth prospects too. When Covid was wreaking havoc they had to support the economic recovery. And supporting an economic recovery often means supporting demand — making funds accessible to people and institutions so that they can invest or spend. Over the past couple of years, the US Central Bank (Federal Reserve) has lowered interest rates and pumped trillions of dollars into the economy— over $4.5 trillion in fact. It was all hands on deck — a massive coordinated effort to turn the tide.

And it worked. Growth rates moderated of course, but it wasn’t as bad as people expected. Meanwhile, the money went places where it did have a sizeable impact. Some of it went to people struggling to stay afloat. Some went to small businesses desperately trying to pay their employees. Some of this money went to the government since the government consistently borrows large sums of money to fund its extravagant spending programs. But a sizeable chunk made its way into the stock market. Mostly US stocks — stocks that were expected to do well in a post-pandemic world. Netflix, gaming companies, TV manufacturers — you get the gist. These were  new age entities powering the digital revolution. It made sense.

By some measures, US stocks were almost as expensive as they were during the dot-com bubble. Quite crazy, right?

But there was still money left on the table. And some of it, believe it or not, made its way into the Indian markets. Foreign investors who were flush with cash saw the immense growth opportunity in a developing country like India. And some argue that this may have helped Indian stocks alongside their US counterparts.

There’s also the fact that some of this money made its way into the real economy. For instance, inflation in the US began to climb. It hit 7% last month. No one has seen these kinds of figures since 1982! At first, the central bank was convinced that this was transitory. A brief aberration triggered by supply constraints — logistic costs, oil prices, and lockdowns. But now it doesn’t seem as if the central bank is quite certain about that assessment. There seems to be a rethink and this rethink was made evident when the US Federal Reserve stated that they may start increasing interest rates in March and mopping up money supply in a bid to tame inflation.

And this was reason enough for market participants to panic. Because in the absence of free-flowing money, they may have to reassess their investments. They’ll probably find more safety and stable returns elsewhere — say lending to the US government. They may consider pulling money out of the stock markets. And that means pulling money out of markets like India too.

This expectation is so deeply ingrained that even in the absence of an extreme reaction, you would see people panic and run for the woods. But the thing is — The markets haven’t fared too badly — at least not yet. Since the start of the year, the US S&P 500 (a proxy representation of the US stock market) is down only 10%. And India’s Sensex 30 is down only about 2%. This isn’t really a market crash. But there are fault lines opening up — especially in new-age stocks. Tech companies that were primed for hypergrowth status have taken a tumble for the worse. Compare for instance the high-growth tech fund run by Cathie Wood against the old-school conglomerate run by Warren Buffet. The chart tells you the entire story.

In India meanwhile, Nykaa is down 30%. Zomato has fallen 27%. Policybazaar and Paytm have crashed over 40%. And well, CarTrade has sunk by over 55%.

It’s not looking pretty. But then again, you never know if things are going to improve from here on in. Some people expect a sudden recovery, the kind of recovery we saw at the beginning of the pandemic. Even others believe that this is just the beginning of a long drawn correction.

The truth however is that nobody knows for certain. We are all guessing in this market and the clairvoyants have as much idea as the neighbour who just took a punt yesterday betting on his favourite startup. 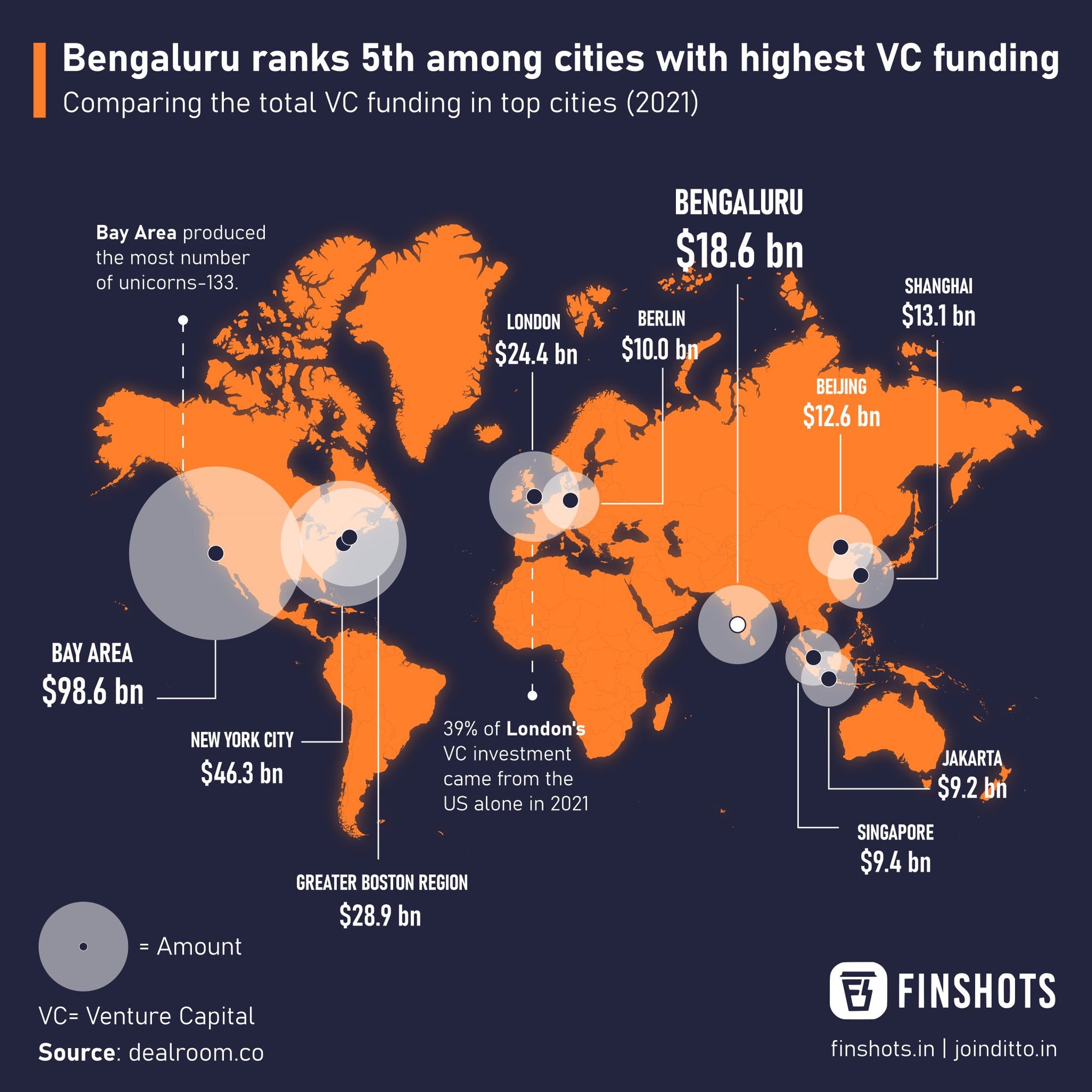 Here's a look at the cities with the highest VC funding around the world. 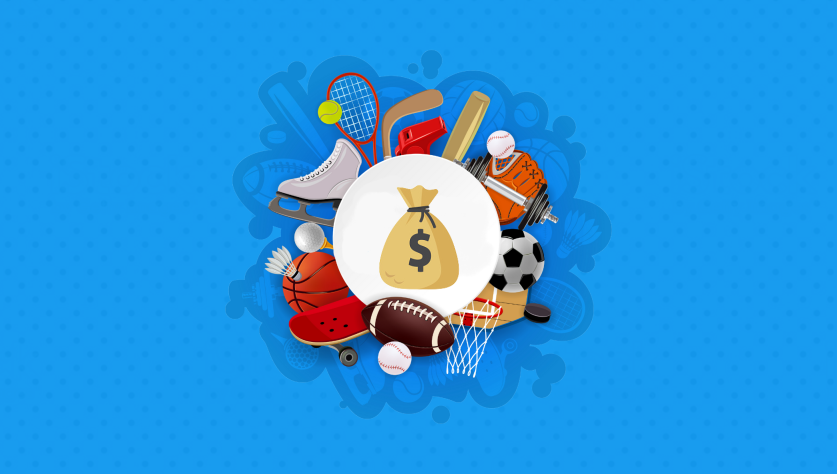 An explainer on why startups are increasingly sponsoring sports teams

Finshots
—
The US Fed is spooking the stock markets. Again!
Share this