Steelmakers have been making an impressive comeback of late. A meteoric rise in production, robust recovery in demand and record high selling prices have all pushed the incumbents in the industry on a profitable path. And through it all, the stock price of major steel producers have been on a rally like no other. So we thought we could look at the industry, understand the dynamics propelling it and see how this recovery is currently manifesting in an ever-changing world.

Steelmakers live in a cyclical industry with clear highs and lows and the axioms of demand and supply fully dictate the price of this vital commodity. When demand is robust, steelmakers expand capacity and overstretch themselves. And when demand plummets, most of them incur significant losses on the back of large investments. It’s a story as old as time itself.

Consider, for instance, Tata Steel’s acquisition of London based Corus group back in 2007. The deal was closed at a mind-boggling $12 billion. At the time, it was the biggest acquisition in the industry and while Tata Steel definitely had the skills and the know-how to turn around the struggling company, they could never have predicted what was about to come.

In 2008, the Global Financial Crisis precipitated the worst economic recession the world had witnessed in decades. And the steel industry capitulated. Prices crashed as real estate and infrastructure projects took a beating, and excess supply exacerbated the problem. Meanwhile, Corus group became unmanageable only a few years after the acquisition. Till date, they’ve only managed to be profitable three years and their losses have accumulated, now standing at a staggering $6 billion. And while Tata Steel has tried to get rid of the company in bits and pieces, it still remains an overhang on the company.

Bottom line — The steel industry is always at the mercy of a booming economy and so any dip in demand can have catastrophic consequences for all the incumbents.

But that’s not all. Aside from the demand problems, production dynamics can be extremely tumultuous too. For instance, consider the two key raw materials that go into producing steel — coking coal and iron ore. On the coking coal front, India is almost entirely dependent on imports. We ship most of this stuff from Australia and we’ve been doing this for many years now. However, that also means we are largely at the mercy of Australian coal miners to satisfy our demand. So any time we see a disruption in coking coal production, our costs shoot up and our margins evaporate almost instantaneously. And although steelmakers try to pass on the cost increase to their customers, it doesn’t always work out considering this is a cut-throat industry where there is very little separating my steel from yours.

On the flip side, the country is self-sufficient when it comes to iron ore. In fact, we even export this stuff to other countries. But just because we can source this stuff locally doesn’t mean disruptions aren’t commonplace. Iron ore prices can be extremely volatile too and they can eat into your profit margins just as easily. The only consolation — Steelmakers have a workaround. The likes of Tata Steel and SAIL have integrated steel plants where they mine their own iron ore. This way they can exercise a fair degree of control on their input costs and claim a small advantage over other fringe players.

Finally, outside of raw material, there is the China factor. China is the largest manufacturer of steel. They produce over 1 billion tonnes of steel, accounting for over 50% of the world’s supply. To put that into perspective, India is the second-largest producer and yet we only muster about 111 million tonnes — a fraction of China’s output. And truth be told, this status quo has persisted for quite some time now. China has been at the forefront of steel production and since most of their factories are directly owned by the Chinese state, they almost always have access to cheap credit (debt). This helped China boost its export count at the expense of regional steel manufacturers elsewhere. And when the world was being overrun with cheap steel from China, there was precious little other steelmakers could do except urge lawmakers to hike import duty. And when that didn’t happen, steelmakers were forced to sell their steel at dirt cheap prices, sometimes even below cost.

Now obviously India has tried to protect its domestic steel industry by imposing duties. However, that being said, the Chinese juggernaut has still managed to push prices down globally on many occasions and it’s always a looming threat.

Alright, so now that we have the industry dynamics out of the way, let’s look at how steelmakers have been coping since the pandemic. Now I am sure you remember, India was struggling with a crippling economic slowdown even before the pandemic made landfall. There was a slowdown in the automobile sector. There was a lull in the real estate industry. Infrastructure projects weren’t booming either. And you could see the effects play out in the income statements of top steelmakers. Tata Steel incurred a loss in the two quarters preceding the pandemic. And JSW Steel’s profits dipped by a whopping 90%.

But then in the initial months of the lockdown, something strange happened. While demand was collapsing back home, China emerged as the unlikely savior as the country began opening up and significantly ramping up investments in infrastructure. So, Indian steelmakers started exporting steel to the Red Dragon. In fact between April and September 2020, China alone accounted for 30% of India’s steel exports. And while revenues were still down 30–40%, it wasn’t as bad as most people expected.

Then, as the lockdown eased back home, Indian steelmakers got another booster shot as the recovery in demand started gaining momentum. While steel consumption had tanked 50% in May compared to the same month last year, in October it was only down 2% when compared to the same period last year. So clearly things are looking up.

Also, steel prices are currently on a rally like no other. As one article in the Hindu Business line noted on December 2nd 2020 — “With the recent hike, the hot-rolled coil prices ex-Mumbai have hit a record high of ₹47,000 a tonne.”

And while some of this could be attributed to an increase in the cost of raw materials, a part of the price rise has been attributed to an almost unbelievable recovery in demand. Add this to the fact the investors are currently pushing steel stocks to record levels, who knows? Maybe steelmakers are finally about to turn the tide.

Anyway, what do you think about the steel rally?

Will it sustain? Or is this simply a fad?

A few days back, some media outlets started reporting that major honey producers had failed purity tests after an independent investigation from the Centre for Science and Environment revealed that some samples had sugary syrups in them. So this week, we thought we could look at this story more closely and figure out if your honey is adulterated.

Is your honey adulterated? 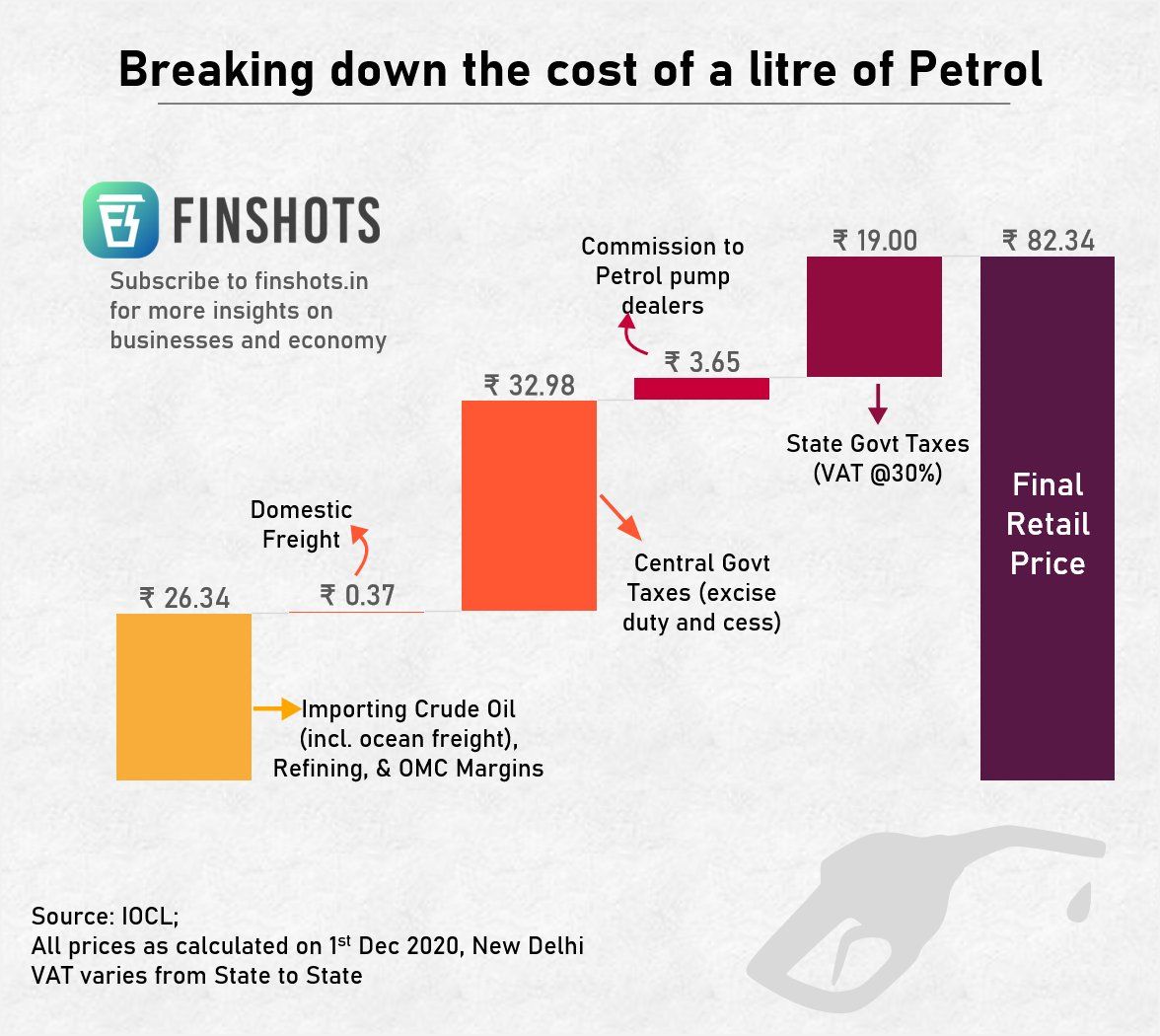 Breaking down the cost of a litre of Petrol. 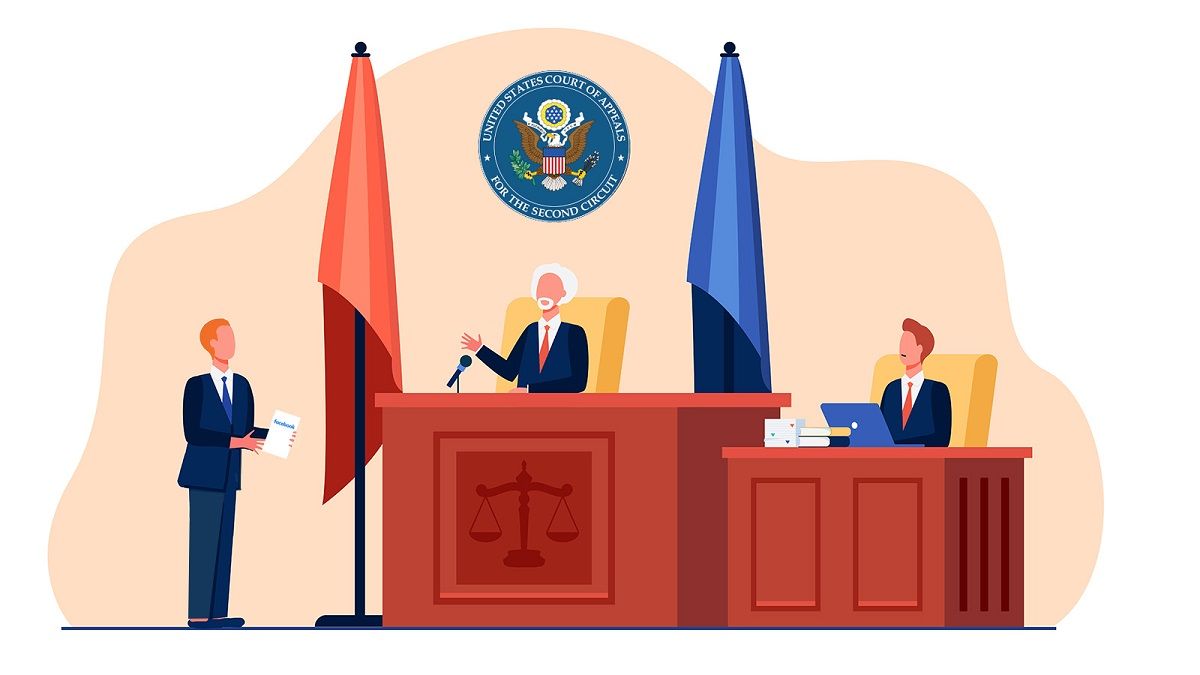