Is there anyone who hasn’t written about the ongoing clash between the Adani Group and NDTV?

Why, yes! Finshots hasn’t. We were biding our time. Waiting for the pieces to fall in place so that we can offer you a comprehensive picture of what’s happening.

Also, did someone forward this story to you? Well, if you’d like to receive the Finshots Daily newsletter in your inbox too — click here!

In 2007, the promoters of New Delhi Television (NDTV), Prannoy Roy and Radhika Roy made an offer to buy back shares from their existing investors. At first, the plan was to buy a 7.73% stake from another entity GA Global Investments. But this immediately triggered something called an open offer.

What is an open offer?

Well, according to capital market regulations, promoters (or any investor in general) have to abide by a few rules when they’re buying large chunks of a publicly listed company. One rule relates to minority shareholders.

If you’re a minority shareholder in a company holding a few hundred stocks, then you have every right to exit an investment if you believe a massive change in ownership structure could have an impact on the company’s future. This is why the regulator asks promoters (or investors) to make an additional open offer to minority shareholders when  they buy a sizeable part of the company from select investors. The open offer will then allow you to sell your shares at a certain price and walk away from the investment if you so desire.

So when the Roy's bought back 7.73% of the company, they had to make an open offer to consummate this transaction. Unfortunately, they didn’t have the money. So to come good on the cash, they borrowed around ₹540 crores from Indiabulls Financial Services Limited by pledging NDTV shares as collateral.

But then, the global financial crisis changed the whole landscape. The value of NDTV shares collapsed and the collateral backing the loan lost most of its value. It’s likely that Indiabulls demanded to be repaid in full. So in October 2008, the promoters took another loan of ₹375 crores from ICICI Bank Limited, in order to repay Indiabulls Financial Services.

But the ICICI loan carried an interest rate of about 19%. And NDTV was getting desperate. This is when an unusual hero appears in the background— A lender by the name of Vishwapradhan Commercial Pvt. Ltd. (VCPL). This company made out a loan to NDTV worth ₹350 crores on an interest-free basis, for the duration of 10 years. In return, NDTV had to offer VCPL something called a convertible warrant.

A convertible warrant is a financial instrument that will allow you to buy shares at a fixed price if certain clauses are met. So by owning the warrants, VCPL had an avenue to own a sizeable chunk of NDTV.

With us so far?

As we noted, these were desperate times and the promoters of NDTV didn’t have much of a choice. So they obliged. They held a ~29% stake in NDTV through a firm called RRPR (Radhika Roy Prannoy Roy). And they told VCPL that they would hand over the entire stake of RRPR in the form of warrants.

So in summary, the mystery entity VCPL came to own warrants in RRPR — and through it an avenue to own a 29% stake in NDTV.

But wait, who is VCPL — this mystery lender?

Okay, this is where things get interesting. See, VCPL was only set up in 2008. They don’t have a track record and it doesn’t seem as if they were dabbling with much else, except this one transaction — the loan made out to NDTV promoters.

But to get here, VCPL had to first borrow money from another entity —  Shinano Retail. And guess who owned Shinano?

So it meant that one of India’s largest conglomerates had a hand in NDTV (indirectly) all these years. But outside of that, not much has changed this past decade. Granted, Reliance washed its hands off VCPL and two other entities — Eminent Networks and Nextwave Televentures came to own the company. But the rumour is that the new owners still had some indirect ties to Reliance.

Until this week, when Adani went ahead and bought VCPL for ₹113 crores. And within minutes of announcing the deal, it dropped another bombshell. It noted that VCPL was exercising the warrants, which translated to a full ownership of RRPR. And a 29% stake in NDTV as a consequence.

Now if you are wondering why the people that once owned VCPL decided to sell to Adani, that's anybody’s guess. But what we do know is that this one transaction will now induce a chain reaction.

Remember how we said — “When somebody comes to own a massive chunk in a publicly listed company, that triggers an open offer?”

Well, Adani has to make an open offer of their own. Since they’re acquiring more than 29% of NDTV, they are mandated to make an offer to buy additional stake in the company from the other shareholders. This could give them a controlling stake of at least 51%.

So far Adani has stuck to the script. They made an open offer for ₹294 per share.

But NDTV isn’t taking this indignity lying down. The company is fighting back.

On Thursday it filed a letter with the stock exchange detailing two very important points.

First, the company said that VCPL could only exercise the warrant after obtaining explicit consent from the promoters (which in this case never happened, according to the promoters).

Second, there’s a ban in place preventing NDTV’s founders from dealing in financial securities. A ban imposed by SEBI in November 2020 because the promoters were found guilty of insider trading (buying or selling shares on the basis of privileged information that the general public didn’t have access to). But the ban will only be lifted by 26 November 2022. So NDTV believes that VCPL can only acquire the shares by overriding the ban. Which would require the regulator's approval.

But lawyers contend that it’s just a delaying tactic.

And on Friday, Adani filed a counter suggesting that they acquired shares of NDTV by dealing with RRPR and not the promoters. They’re basically saying — “RRPR isn’t the entity being barred from dealing in securities. It’s Prannoy Roy and Radhika Roy."

So it doesn’t see any reason why the deal shouldn’t be executed.

So what’s the option for NDTV?

According to Shriram Subramanian, founder of proxy advisory firm InGovern, the founders can still come to control NDTV if they made an open offer of their own. But to do this, they’d have to stump up several hundred crores and it’s unlikely Roys have this kind of money — unless another “Mystery lender” appears from out of nowhere.

Now bear in mind, Adani still hasn’t come to own a controlling stake in NDTV. The open offer is still open. And considering they made an offer at a discount, to the current market price, shareholders may not be tempted to sell their holding  to Adani. However, Adani may have a trump card.

According to Newslaundry, there’s a foreign shareholder in NDTV — an entity that goes by the name LTS Investment Fund Ltd. They hold nearly 10% of the company.

But this fund has an unusual relationship with Adani. It seems almost 98% of the fund’s monies are invested in only 4 Adani stocks. So some reports argue that Adani could still come to own a sizeable stake by buying out these large institutional holders at a bargain price.

So yeah, the Adani-NDTV saga isn’t over by any stretch of the imagination. But hopefully, now you have a better idea of what’s happening around you.

Also, one small announcement. If you’ve been following us for a while, you’ve probably come across a couple of our viral infographics. Truth be told, our marketing team often spends hours (even days sometimes) coming up with new & creative means of presenting insights.

And currently, we’re in search of graphic designers who are adept at marrying content with beautiful graphics. So if you think you fit the bill or know someone else who does, you can apply here. 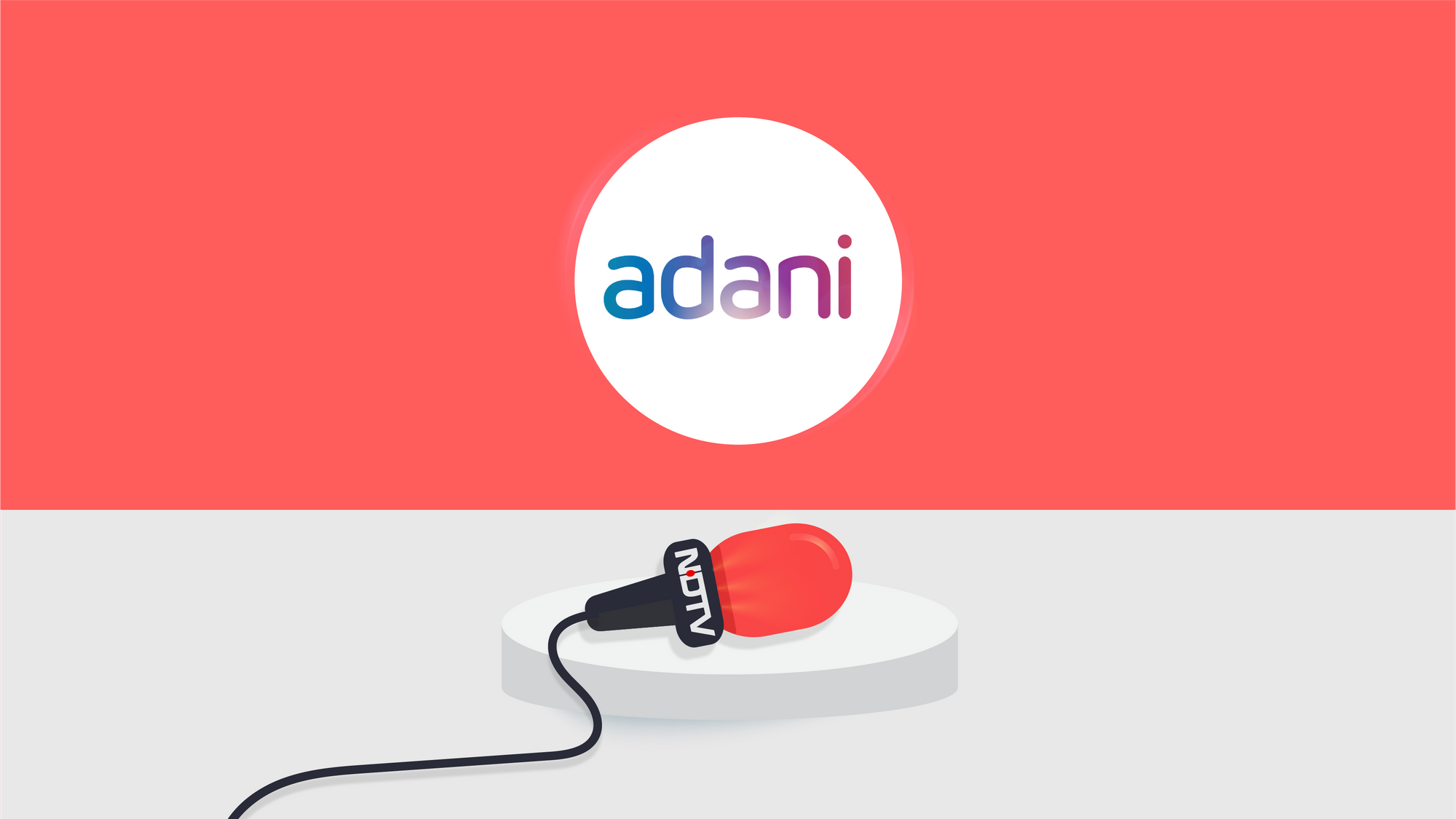 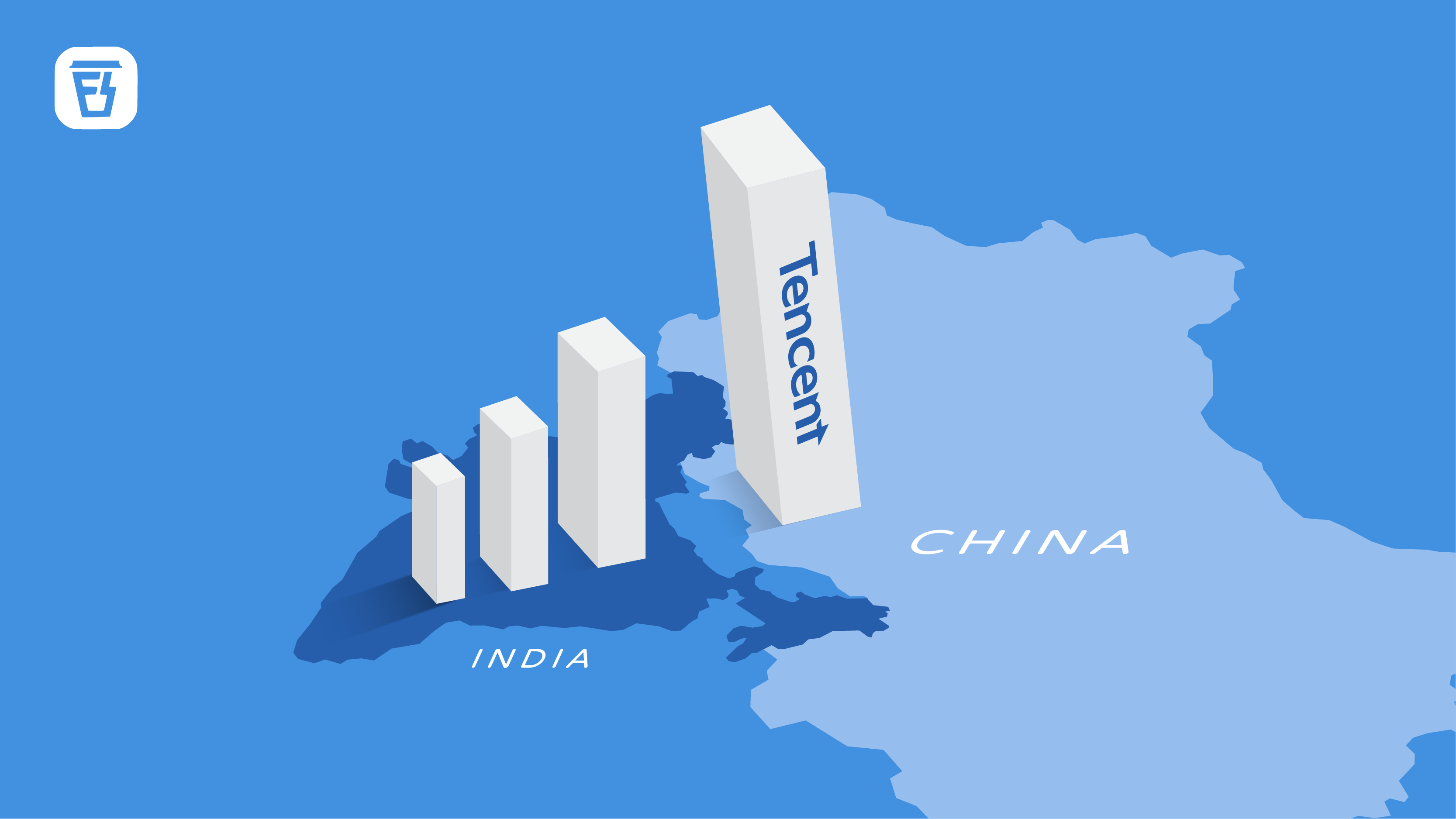 Finshots
—
The Adani-NDTV saga: Everything you need to know
Share this