On August 29th, Reliance Industries announced that it had acquired Future Group’s retail business across the apparel, lifestyle and grocery segment by paying up close to ₹25,000 crores. Which means all the retail brands you know and love — Big Bazaar, Nilgiris, fbb, Easyday, Central, and Brand Factory, now enter the Reliance stable. With the sale being finalized, Kishore Biyani (the modern king of retail) will also have to walk away from the empire he painstakingly built all these years and this begs the question — How on earth did we get here?

The short answer is simple. With the success of Big Bazaar and the offline retail business, Biyani diversified into multiple verticals too quickly by taking on insurmountable amounts of debt. He dabbled in financial services, insurance business, online retail and a whole host of other things, while still struggling to steer the offline retail business. And with competition from the likes of Flipkart, Amazon and D-Mart increasing, Kishore Biyani had no choice but to sell the business.

But like I said, that’s the short answer. The long answer is slightly complicated.

Most people think Kishore Biyani was myopic — That he did not see the online revolution unfolding right before his eyes. But that simply isn’t true. Biyani was at the thick of things when the e-commerce industry was beginning to take shape. Unfortunately, the company’s foray into online commerce was marred by execution problems and intense competition.

Biyani launched futurebazaar.com in 2007. The online storefront offered a wide variety of products and facilitated home delivery leveraging its offline storefronts. In fact, Kishore Biyani was convinced the company was primed for success. When asked about the potential advantages of buying from an online portal (like Future Bazaar) he had this to say —

“Retailers work on very low operating margins in any case, so there is not much scope for cost reduction. Price is a function, finally, of buying power. The bigger the quantities bought, the better the price. Large retailers will always enjoy a price advantage on the average. If a large retailer goes online, his buying power ensures that he has a sustainable cost advantage over other smaller online or offline businesses. We will typically sell at prices that are the same as, or similar to, the best prices in the real world.”

And for the most part, this assessment was entirely accurate. Large retailers enjoy economies of scale. They can buy in bulk and offer the best price to prospective customers so long as you are competing with other retailers. But what happens when you are not competing with a retailer?

In 2007, the year this interview was recorded, Sachin Bansal and Binny Bansal began operations at Flipkart. And although at the time they were only selling books, they were already offering customers a better experience and deep discounts. Also, with a slew of venture capital firms backing the company, Flipkart had the wherewithal to play the long game even in the face of mounting losses. Futurebazaar, on the other hand, did not have that kind of leeway. Biyani would go on to confess that he lost 300–350 Crores trying to turnaround the online enterprise.

In 2013, he tried his luck once again with Big Bazaar Direct. This time the approach was slightly different. He planned to use a franchisee-based model where prospective vendors (including kirana shops, medical stores, and insurance agents) personally visited customers and collected their orders using an electronic device. Big Bazaar was responsible for stocking inventory and fulfilling the delivery. And the franchisees were expected to do much of the selling. Unfortunately, the model never took off and Biyani had to shutter operation in 2016 after losing more money.

Then there was the ill-fated acquisition of FabFurnish —an online home store that sold furniture.

As an article in the Ken notes —

“Biyani admitted in a Business Standard interview that FabFurnish was teaching him how to not run an e-commerce business. He bought the company for about ₹20 crores from Germany-based Rocket Internet in April 2016. He tried to merge with the furniture retailer arm of Future Group, it didn’t help. He put it on the block hoping someone would take it off his hands and now he plans to shut it down. It was an asset-light model that failed.”

On the offline front, things weren’t rosy either.

Back in 2017, Kishore Biyani promised to spend ₹100 crores in a bid to roll out a new ambitious retail strategy. The plan was to offer a 10% discount on all orders made in its small-format stores Easyday, Nilgiris and Heritage fresh. And prospective customers could avail this benefit if they subscribed to a special membership by paying a yearly fee of ₹999. The hope was to eventually augment the buying journey with tech.

The only problem, however, was that the company had to focus on new store expansion to make the offering more attractive. After all, if you’re going to be a subscriber, you’d want easy access to the store. So if Future Group had 30 Easyday stores spread across each city, maybe it would be an attractive proposition. But they never got to that number. And when the company fell short, they realised they had spent a lot of money they could no longer recover. In fact, the Easyday store chain never broke even. It’s still a loss-making enterprise.

And through it all, the company and its promoters amassed massive amounts of debt — a loan burden totalling ₹30,000 crores. Meanwhile, Kishore Biyani had pledged most of his shares as collateral to facilitate this borrowing program. When the shares lost value, he was expected to top up the collateral with more funds. Funds he did not have access to. And with COVID wreaking havoc, there was very little he could do except selling most of the business to Reliance.

And sure, looking back you could fault Kishore Biyani for being reckless in his pursuit. But entrepreneurs don’t chart their course with the benefit of hindsight. They do it by falling back on brute force and constant experimentation.

As Kishore Biyani once said in an interview —

“Most people are trained to be preservers. It is great to be a preserver. But for us, whoever has to create has to destroy. Without destroying, you cannot create anything new. That is also the law of nature. Look at the seasons. Everything gets destroyed to create something new. But unfortunately, business does not take any cues from nature. None of the business schools takes anything from nature. One cannot go against the flow of nature. In our group, we don’t follow business principles. We follow the principles of nature. We never do anything against the flow of nature. And when you follow the principles of nature, ideas will get destroyed and recreated.”

So to claim Kishore Biyani failed as an entrepreneur is an affront to the very notion of entrepreneurship. If there were no entrepreneurs and risk-takers, this world would be a pitiful existence rife with banality. It would be a sorry place to live. As the German Philosopher, Nietzche professed — “The secret for harvesting from existence the greatest fruitfulness and the greatest enjoyment is: to live dangerously!”

And Kishore Biyani did just that. He was a risk-taker. A man who changed the face of modern retail and there is absolutely no shame in bowing out with grace.

Anyway, what do you think about this whole deal? Did Kishore Biyani do the right thing? And do you think this crisis could have been averted? Let us know on Twitter. Meanwhile, if you want to share this article with you friends, family or co-workers here's all the links you'll need -  WhatsApp, Twitter.

When co-operatives work together

In other news, we discussed how milk co-operative societies averted a crisis once again (in our daily Finshots)  and if you are looking for a feel-good story this weekend, look no further

Thou shalt not dump the milk 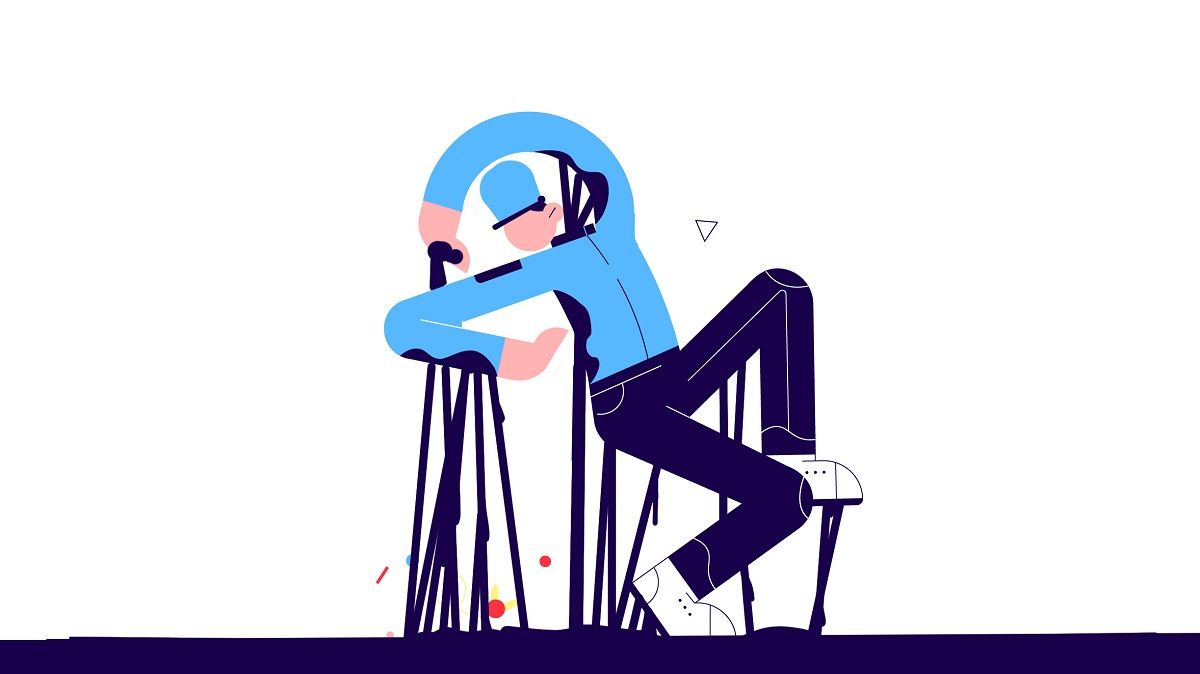 The NASDAQ Whale, how India dealt with excess milk during the lockdown, Deepak Kochhar's arrest, the Anuragh stock broking scam, and Abenomics. 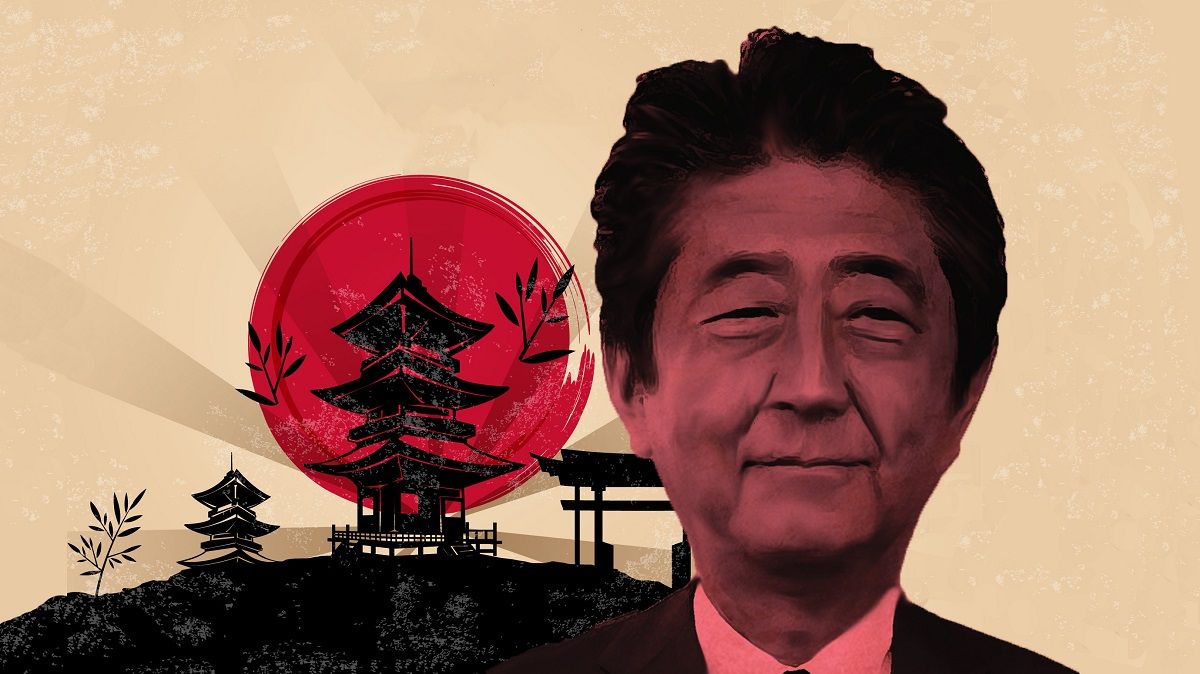 Finshots
—
Future group sale - The end of an era
Share this