Last week, DMart posted its results for the March quarter and while profits jumped 55% compared to the same period last year, the stock price didn’t reflect these changing dynamics. So what’s happening here? Why aren’t investors upbeat about the company’s prospects despite these changing fortunes?

Well, in this week’s Finshots Markets we discuss this and more.

If you’re new to DMart as a company, here’s a brief introduction. DMart is an Indian hypermarket chain. But unlike most other hypermarkets like a Big Bazaar or a Reliance Retail, they follow a very different approach. Instead of diversifying into high-value products like electronics, jewellery, etc., DMart mostly sticks to essentials like groceries.

The idea here is simple.

High-value items offer you higher margins but they also take time to sell. However, if you sacrifice margins for volumes you could get products moving out of your storefront like hot potatoes. Anything that doesn’t sell quickly is replaced with something that does. And while these stores might not exactly offer you a lot of variety or rich customer experience, it does offer you bargain deals.

In effect, DMart sells daily use items to consumers at a price often below MRP in a bid to keep turning over inventory. And this strategy allows them to negotiate with their suppliers and seek a better price. The better price translates to more discounts. And more discounts translate to higher sales volume.

The flywheel keeps chugging along.

This simple strategy catapulted DMart into the stratosphere. The company has consistently boasted superior financials and the stock is an investor’s darling. However, during the first wave of Covid-19, things began changing a bit. For starters, the company had to halt selling apparel and other merchandise. Sure, they mostly rely on groceries and other essentials to aid their top line, but they had also carved a niche selling these relatively high-margin items. In fact, at one point about 30% of the company’s revenue was being driven by the high-value stuff. But as lockdowns and harsh restrictions became commonplace, DMart had to go back to the basics — Selling daily use items. And while there was some skepticism surrounding the company’s prospects, everybody knew deep down that DMart would scrape through.

And scrape through they did. While the first six months after the pandemic were a bit dull, DMart did pretty well in the subsequent months. Their revenues improved. Margins started normalizing and the company even forayed into e-commerce during this time. DMart Ready — the online storefront saw slow but steady growth. Put together, the year-end results were pretty decent for the most part. Revenues declined about 3% compared to last year and profits fell about 14%, but they were reasonable numbers considering the impact Covid had on many other businesses. In fact, it’s really hard for the likes of DMart to keep growing at a frantic pace when they can’t build new stores. Construction activities were put to a near halt and DMart had to squeeze extra from the stores they owned.

So all things considered, the company’s performance over the last financial year has been pretty resilient. However this next year, things may be a bit more challenging.

In all likelihood, the second wave is probably going to hit differently. We are already hearing that a bulk of the stores are now operating for less than four hours. And people expect the lockdowns to persist as we ramp up our vaccination program. So the pain will continue. More importantly, there’s also the bit about inventories. When the first wave made landfall, we saw excessive hoarding and bouts of supply chain disruptions. Essential items trickled into DMart stores in bits and pieces while demand remained robust. And despite several lockdowns, demand and supply remained in balance. Excess inventories weren’t a problem. However, this time around the status quo is a bit different.

The company did admit that they were a bit optimistic about demand prospects this year. As the CEO put it — “The receding threat of the pandemic and consequent sales surge in the third quarter and most of the fourth quarter, followed by the oncoming summer and back-to-school season, made us plan more optimistically.”

So if they can’t operate their stores at peak capacity and people are generally skeptical of stepping out, the excess inventories won’t sell quickly. This might affect their financials, including their margins. Which probably explains why the company’s stock price saw a decline despite stellar results for the period between January and March 2021. In fact, many people now believe that DMart has to do something extraordinary to justify its lofty valuations. And while there are a few folks that are betting on the e-commerce initiative to take off in a big way, it’s unlikely it will have a credible impact on the company’s top line. It’s still a fledgling initiative and there’s absolutely no way DMart will try and expand recklessly on this front.

So yeah, despite changing fortunes, DMart once again finds itself facing its biggest challenge yet. The only question then— Will the company be victorious in its pursuit or will the second wave finally halt the marauding run of the company’s stock price.

Does your fund manager have skin in the game?

On April 28, 2021, SEBI introduced a new rule. They mandated key employees of asset management companies i.e. mutual fund companies to invest about 20% of their salary in the schemes they run or oversee. They’ll have to tie it up for 3 years or for the duration of the scheme, whichever is shorter.

Basically, a diktat forcing fund managers and other key personnel to have their skin in the game. But what is skin in the game? That’s what we wanted to find out and if you’re interested to know more, don’t forget to read this article from Finshots Daily

Does your fund manager have skin in the game? 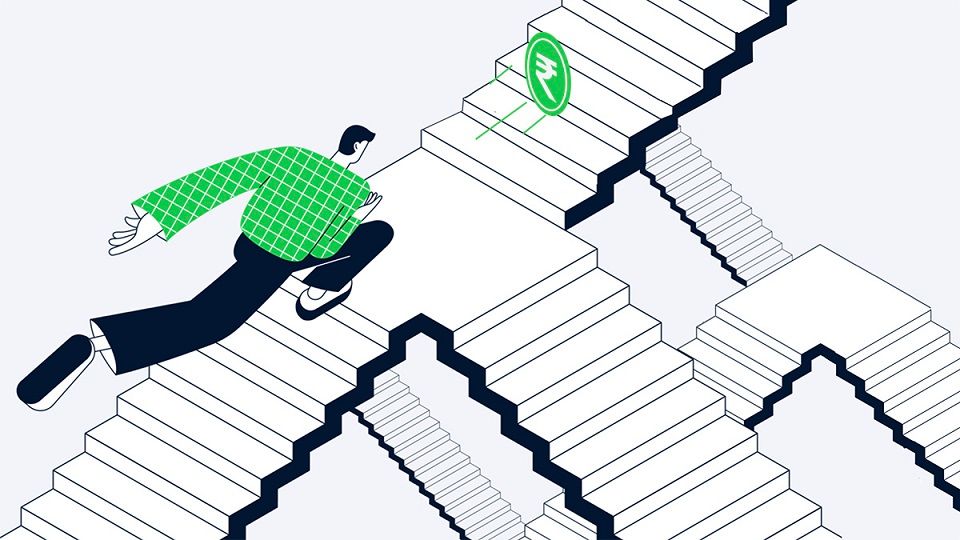 Finshots
—
A rebound on the cards for DMart?
Share this