In today’s Finshots Brief, we will talk about

-What some Indian temples are doing with their gold donations

Indian Temples put their gold to use

Ever since the coronavirus reared its ugly head, temples across India have seen a rapid decline in visits from religious devotees and tourists alike. And this is a big problem.

You see, temples have huge running expenses. For instance, the Travancore Devaswom Board (TDB), which manages 1,248 Hindu temples including the Sabarimala Shrine, revealed that they spend around ₹50 crore per month on salaries, maintenance, and other expenses. In normal times, daily cash donations from worshippers were enough to cover this. But now that these funds have dried up, temples are forced to look at other avenues.

In May, the TDB sold its unused lamps and traditional brass utensils to make some extra money. Obviously, that wasn’t enough. But now, the trust has had a brighter idea- gold monetization.

It’s a well known fact that Indians are the biggest hoarders of gold in the world. It is also common knowledge that we are a religious bunch, who consider it an honor to donate a lot of this gold to the deities we worship. As a result, over the years, our country’s religious institutions have come up as the largest holders of the shiny yellow metal- temples hold around  4,000 tons, according to the World Gold Council.

Usually, all of this precious metal sits idle within the hallowed halls of the institution. But now, TDB has almost made the monumental decision of putting a bunch of gold in the Indian Government’s Gold Monetization Scheme. Through this, they expect to earn an interest of  about 100 million rupees.

Now, the Gold Monetization Scheme was launched in 2015 as a way for India to curb it’s foreign gold imports. It is fairly straightforward- you go to a bank, deposit your gold, agree on a time period and start receiving an annual interest of 2.5% on the holdings. It’s like a fixed deposit. The only difference here is that you receive gold on the day of maturity.

But here’s the thing. Banks can’t keep sitting on your gold and pay you interest- they have to make money off it, too. So, once they’ve valued it, they will ship the metal off to a refiner who will- get this- melt the whole thing down and convert it into standardized gold coins.

Banks will then lend these gold coins to jewellers, who usually pay interest rates of ~6.0–6.5%. Since banks pay depositors only 2.5% under the scheme, they’re making a nifty sum here.

However, India has been able to monetise just 20 tonnes of gold since the scheme launched back in 2015. That’s roughly 3% of India’s annual demand for gold- a pretty dismal figure.

The reason? You guessed it - it’s the melting gambit. Whenever someone deposits jewellery, they will not get it back in the same form. This isn’t a very appetizing proposition for most Indians, since we have deep emotional ties to our jewellery- and it’s especially true for devotees who donate it to temples. That’s why the TDB’s decision was especially surprising. As N. Vasu, president of the trust, says,  “There is some opposition against using God’s gold to pay wages, but we took this tough decision because this is one of the toughest periods we have ever faced.”

According to the All India Gem and Jewellery Domestic Council, this move may lend some much needed legitimacy to the scheme and get more ordinary citizens to monetize their gold holdings as well. Wouldn’t that be something?

On Friday, the US government announced that they would be banning the use of Chinese super-app WeChat in the country over national security and privacy concerns. Post midnight on Sunday, people in the US will not be able to download or update the app.

And this has left a lot of Chinese based residents disoriented. WeChat, sometimes called the Swiss army knife of apps, combines offerings similar to that of Facebook, Whatsapp, Instagram and Paytm. 1.2 billion Chinese users use it for everything from chatting with friends, booking flights, paying bills and sharing photos.

In the US, WeChat has been downloaded nearly 22 million times from the Google Play and Apple App store since January 2014. And the ban is especially problematic for anyone who uses the app to maintain contact with family and friends in China. Because of Chinese firewalls and censorship of foreign Tech, WeChat is one of the few digital communication mediums left between the countries. As such, burning the bridge will be painful, especially at a time when people can’t travel. As Willy Shih, a professor at Harvard Business School puts it, "Everybody in China uses WeChat. It's hard to appreciate how important it is for reaching people in China. It appears like [the US] is trying to drop an Iron Curtain between the countries so that people can't communicate with each other."

Private railways to decide their own fares

Indian Railways has a dream. They want to upgrade their trains and stations. They want to expand their coverage. They want travellers' experiences to be at par with international standards. But these ambitions require investments worth lakhs of crores- and considering that India’s financial position has been steadily deteriorating, this task seemed almost impossible. But recently, the government made the monumental decision to open this gigantic monopoly up by inviting private players to operate in the sector.

According to the Chairman of the Railways’ Board, we can expect to see a Rs 56,000 crore investment by private entities in the next five years. In fact, giant companies like Alstom, Bombardier and Adani are already showing great interest in projects which might involve over 150 private trains running on some of the busiest routes.

And now, the government has also decided to give these companies the liberty to set their own fares. That’s not to say these players will have the leeway to charge whatever they want- you see, the nation’s low-income group is extremely dependent on the railways, and they are very price sensitive. But even then, this move will give a boost to players who are planning to foray into the sector.

A private terminal for private jets

India has a teeming population of ultra-rich individuals- it’s grown by 116% between 2013-2018 and is expected to rise by a further 37% by 2023. And for a long time, these billionaires have had a pending demand- a network of airports exclusively for their private jets. And now, they’ve got their first one. Find out more.

When Facebook first started in 2004, it was a way for Ivy League college students to socialize with each other. And now, the social network is going back to these roots by introducing a new, ad-free section of its platform to cater just to college students. You can read more here.

Last year, McDonalds fired their Chief Executive Officer Steve Easterbrook after he acknowledged having a consensual relationship with an employee. They gave him a multimillion dollar severance package. But now, they want it back. Here’s why. 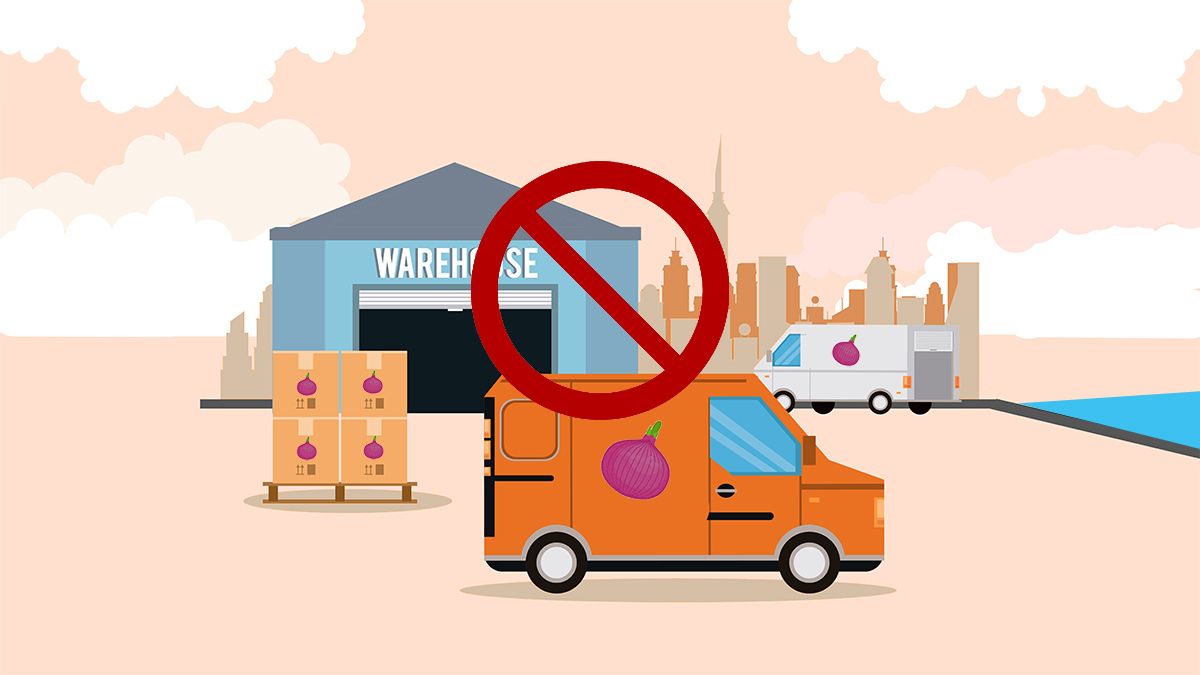 An explainer on India's latest export ban on onions. 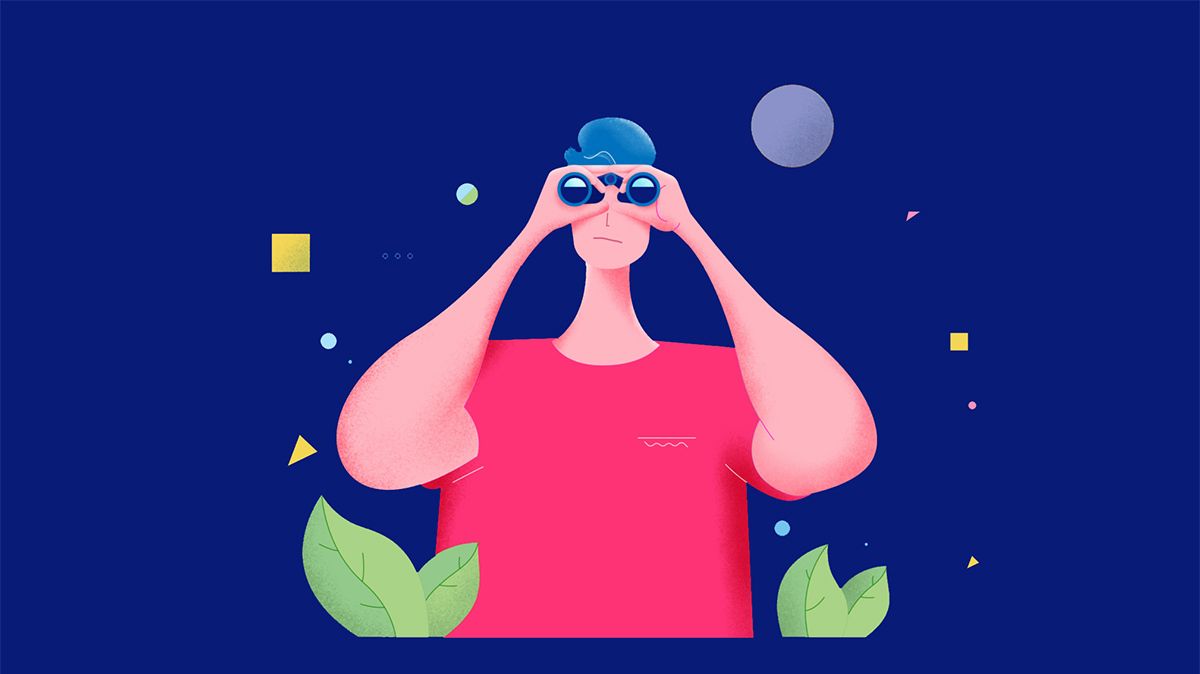 We talk about risky lending, induction stoves, the NVIDIA-ARM deal, Nikola, and why the RBI isn't able to meet its inflation target

Finshots
—
Issue 1- On Temples, WeChat and the Indian Railways
Share this