Are you a fan of spy thrillers?

You know, the kind where the protagonist is pushed into the proverbial corner and has to make the Hobson's choice — Sing like a canary and give up all the secrets or kill themselves by taking a poison pill — cyanide perhaps.

It usually ends the same way, doesn’t it? The spy takes her secrets to the grave after putting up a brave fight. The poison pill is always the more honourable option it seems.

And guess what? This narrative isn’t unique to spy thrillers. There’s a version of it in the corporate domain too. An astute lawyer (probably a fan of spy thrillers?), Martin Lipton had a brainwave in the 1980s. This was a time when large conglomerates were trying to take over their smaller counterparts by using brute force. They’d acquire these companies against the wishes of the company’s management and then try to profit off of this hostile takeover. And Lipton wanted to find a way for these companies to fight back. A strategy that could work against such attempts.

And thus the poison pill was created.

But wait, why are we talking about it now? Like it’s a cool story and all that. But, there’s a time and place for this thing no?

Well yes and that time is now because Twitter is using the poison pill to ward off a possible hostile takeover attempt from Elon Musk. And if you’re not following all of this, let us get you up to speed.

On April 4th everyone woke up to the news that Elon Musk had bought 9.1% of Twitter and had in turn become the largest shareholder of the social media network. In fact, he’d been buying Twitter shares since January apparently. So there was solid intent.

Now, if you’re asking us why he did it? Well, there’s no clear cut answer. Musk has stated that Twitter needs a transformation to become a platform for free speech according to filings with the US Securities and Exchange Commission. But not everyone is buying this narrative. Some believe that he’s just having some fun with the bird app. Ruffling a few feathers so to speak.

But it’s hard to wrap your head around the fact that it’s all harmless fun when you know he’s planning on spending billions to realise his vision. Yes, billions.

Because you see, right after news broke, Musk said that he was going to join the company’s board. Twitter’s CEO Parag Agrawal even tweeted a message welcoming Musk. But to everyone’s surprise, Musk soon followed it up by saying that he wasn’t going to join the board after all. And as is customary in such cases, Agrawal followed it up with his own tweet saying the decision was probably “for the best” and that the company would have to deal with “distractions ahead”

And oh boy was he right about the distractions!

Because once Musk realised the board seat was out of the picture, he decided to buy the company outright. He wanted to take Twitter private and keep all of it to himself. So he made a “best and final” offer to all Twitter shareholders — $54.20 per share. If you’re thinking, why not $55? Well, it’s Musk, and the number 4.20 is a reference to a plant with a distinguished heritage. But despite the price, you have to ask — “What will this actually take?”

How much will it cost him?

Well, it’s likely that it will set him back a cool $40 billion. Does Musk have that kind of money? Well, no. He is worth $250 billion, but that’s mostly tied to his stake in Tesla. So, technically he’ll have to find a way to finance this transaction. But the bigger problem isn’t the financing.

Twitter’s board isn’t taking any of this insult sitting down. They've adopted the “shareholders-rights-plan”, a more formal name for the poison pill strategy we quoted earlier. The plan here is simple. If Musk starts buying Twitter shares and his ownership breaches the 15% mark, then the company will issue more shares to existing investors at a discount. This way they keep diluting his ownership every time he makes progress.

How does this work?

Well, imagine Musk owns 15 shares out of a total 100 shares available. And suddenly Twitter issues 25 new shares at a discount. Investors buy it because it’s appetising and before you know it, Musk is down to owning 15 shares out of the 125 shares that are currently outstanding. His ownership meanwhile falls to 12%.

At this point, you’re probably going — “Won’t Musk receive the new shares? Can’t he buy these new shares at a discount to keep his shareholding at the same level?”

No, he won’t. The agreement will stipulate who can buy the new discounted shares and it most certainly won’t allow Musk to do it. He’ll have to pay the higher price if he chooses to do so. And soon enough, it can become prohibitively expensive to keep the acquisition effort alive.

Now Twitter isn’t the only famous company to try something like this. In 2012, Netflix used a Poison Pill strategy to prevent the activist investor Carl Icahn from acquiring the company. So yeah, it’s a tried and tested strategy and while it may invite short term disruptions, it has been incredibly effective in preventing hostile takeovers.

Bottom line - We will just have to wait and see how Musk reacts to this all?

Is there a “plan B” here? Or has he just been bluffing? 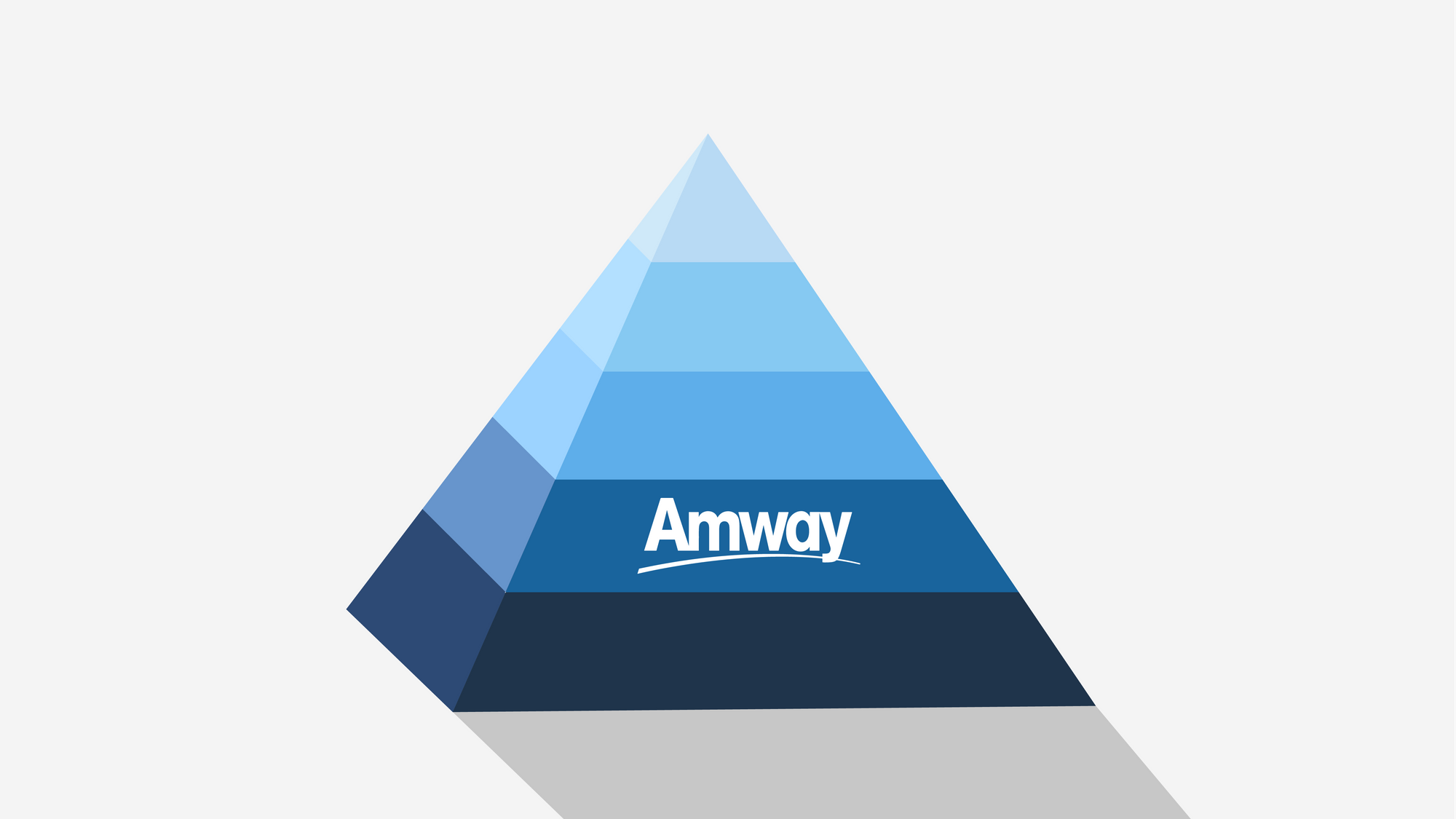 An explainer on why ED is investigating Amway 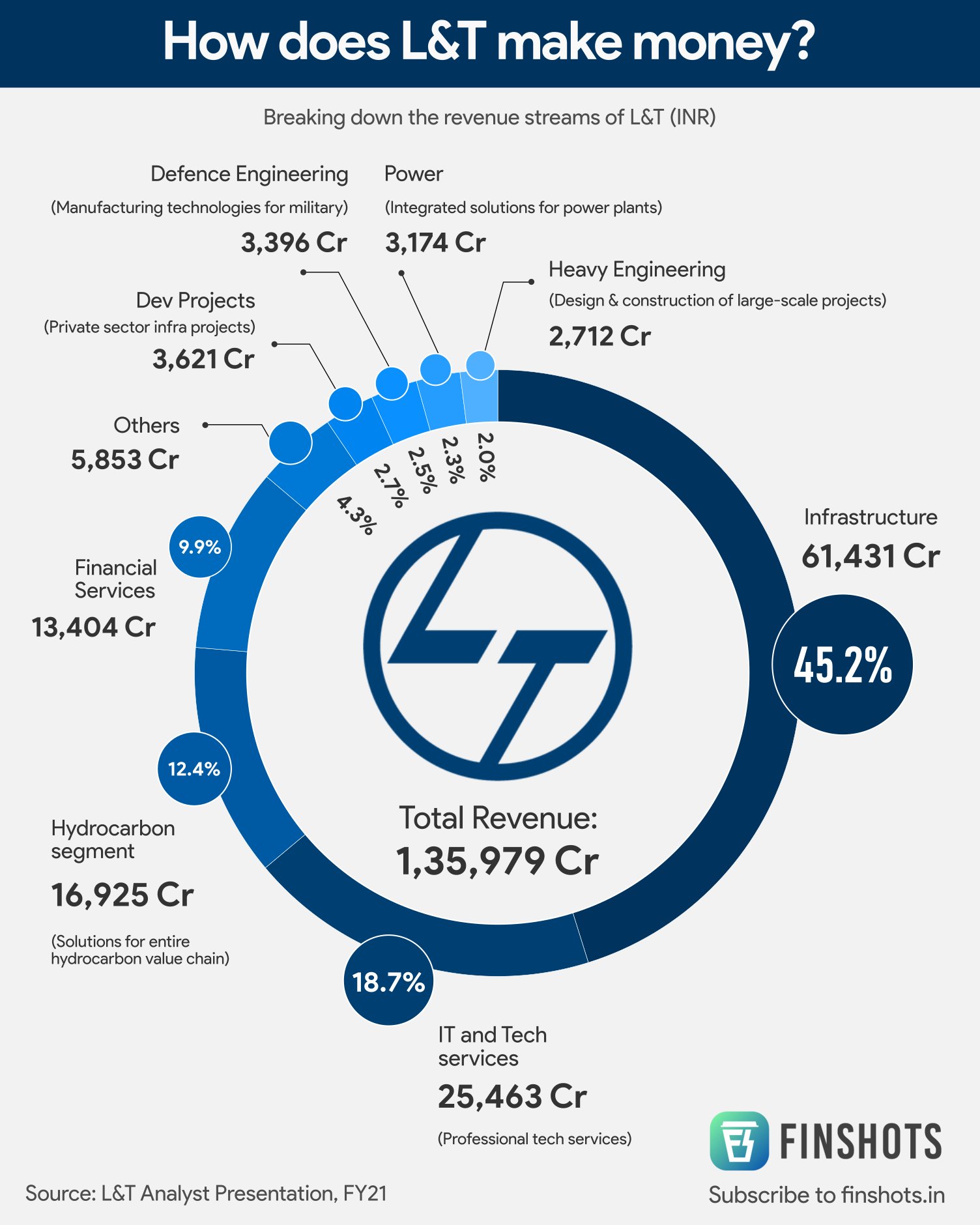 Breaking down the revenue streams of L&T for FY21.