In today’s Finshots we explain why SEBI, India’s capital markets regulator, wants to have more oversight over stock market indices

A stock market index is an objectively important figure. It offers a broad representation of what’s happening in the stock market.

Consider how a popular stock market index Nifty 50 came to be. We have about 6000 listed companies in this country. I say “about” because there are a lot of companies out there, so much so that most people can’t even keep a track of this stuff. Anyway, the point is if someone were to ask you what the stock market’s doing today, it wouldn’t be prudent for you to check each and every company listed out there. So we have a nifty little system to help you with this niggling problem.

The idea is to take the biggest, most influential companies from multiple industries and track their performance each day. And Nifty 50 happens to include 50 stocks that do this job. There’s also the Sensex 30. But no matter, which way you swing, you have to remember that they both do the same thing. They’re a benchmark — a barometer to give you the market's pulse.

But it doesn’t always have to be a representation of the entire market. It could also include sectors — Say auto industry or the financial services industry. The idea remains the same. The stocks and the weightage change depending on the index.

And you could trace its roots back to a bygone era when newspapers put together an ‘index of stocks’ for their subscribers. It was informational.

Then, as mutual funds gained prominence, indices became a benchmark. Professional fund managers picked stocks with an explicit aim to outperform this ‘economic barometer’. But soon people began to realise that this was easier said than done. So a few smart people decided to ditch “active stock picking” and adopt a more passive approach that involved simply tracking the index. Just buy the same stocks in the index with the same weights and you keep changing it only when the index changes. This caught everyone's attention. The funds charged a low fee. The appeal was already there. And passive investing took off in a big way as index funds became popular.

Today, there’s over $15 trillion in these passively managed index funds. In India, the trend is catching on. 14 years ago, there were just 8 index-based products in India. Today, there are over 200. And in just the past year and a half, the total corpus in index funds has doubled from ₹3 trillion to ₹6.25 trillion.

That means, these indices wield a lot of power too.

Well, in India, the Nifty 50 is owned and managed by NSE Indices (previously known as India Index Services & Products Limited). This company in turn is a subsidiary of the National Stock Exchange. So when NSE decides to throw one stock out of the index, all those index funds carrying the stock will also have to inevitably sell it. This could have a detrimental impact on the stock. If they decide to add a company into the mix, the stock price can soar considering several index funds will now be forced to buy the stock. This movement in stock price due to a change in the index is collectively termed the ‘index effect’.

And if you want to see how powerful indices can be, here’s a story.

In 2018, the Anglo-Dutch company Unilever decided to shift its headquarters from London and stick to just the Netherlands. It wanted to streamline its business operations. But shareholders revolted and Unilever shelved the plan.

Why were people annoyed with Unilever’s plan, you ask?

Well, if Unilever left the UK, the company’s stock would have been removed from the FTSE 100 stock market index — a popular market index in the UK. And considering this is a global index tracked by fund managers all over the world, it would have had massive repercussions. All these people would have been forced to sell the stock and it would’ve hurt Unilever shareholders. At least in the short run.

So Unilever stayed back in London just for the index.

And you can’t do much about it. Unless you ban index funds. Or you break up the concentration of power among a few select index makers. But that’s not really a plausible solution. So the only way out is to regulate them. And that’s what everyone, including SEBI, is attempting now.

For instance, in the US, index makers operated under something called the ‘Publishers Exclusion’. Remember how we said indices originated in newspapers? Well, these folks were exempt from regulations since the law protected newspapers and writers. But, last summer the US Securities and Exchange Commission (SEC) began considering whether it should classify index providers as “investment advisers”.

But why as advisers?

Well, constructing an index seems objective and mathematical at first. And usually, they outline rules on how to make up the index. There’s a monthly factsheet that shows everything too. It seems transparent. But…there’s some human interference too. And that is subjective and discretionary.

Like in the case of Tesla. Back in 2020, everyone expected the EV car maker to be added to the S&P 500 index. It ticked all the right boxes. But the committee said, “No!” The reason? One theory was that not everyone was convinced about the ‘quality’ of Tesla’s earnings. But the damage was done and the stock fell by 16% in a single day.

Essentially, an index provider can also make discretionary calls. So why not classify them as advisers? Since their decision has so much bearing on the movement of funds.

And that’s why globally, regulators are now turning their eye towards index providers.

In fact, the EU has already passed laws to regulate these entities. The US is considering it. And now, SEBI has noticed the tide changing and wants oversight over indices as well. The proposal is still in consultation, but you can see why SEBI wants to get its hands dirty.

And bear in mind, SEBI’s move could also have global implications.

You see, as per Alex Matturri, the former CEO of S&P Dow Jones Indices, SEBI wants to regulate all financial indices. The index origins won’t matter. So if Indian users have the provision to invest in a non-Indian index such as the S&P 500, it will be regulated here. Even though it’s not yet regulated in the US.

Now that could get some pushback.

Anyway, as we said, SEBI’s ideas are still in consultation mode. There could be tweaks. And it could even take a year or two before it finally comes into force. But in many ways, we can’t help but feel that this is a step in the right direction. 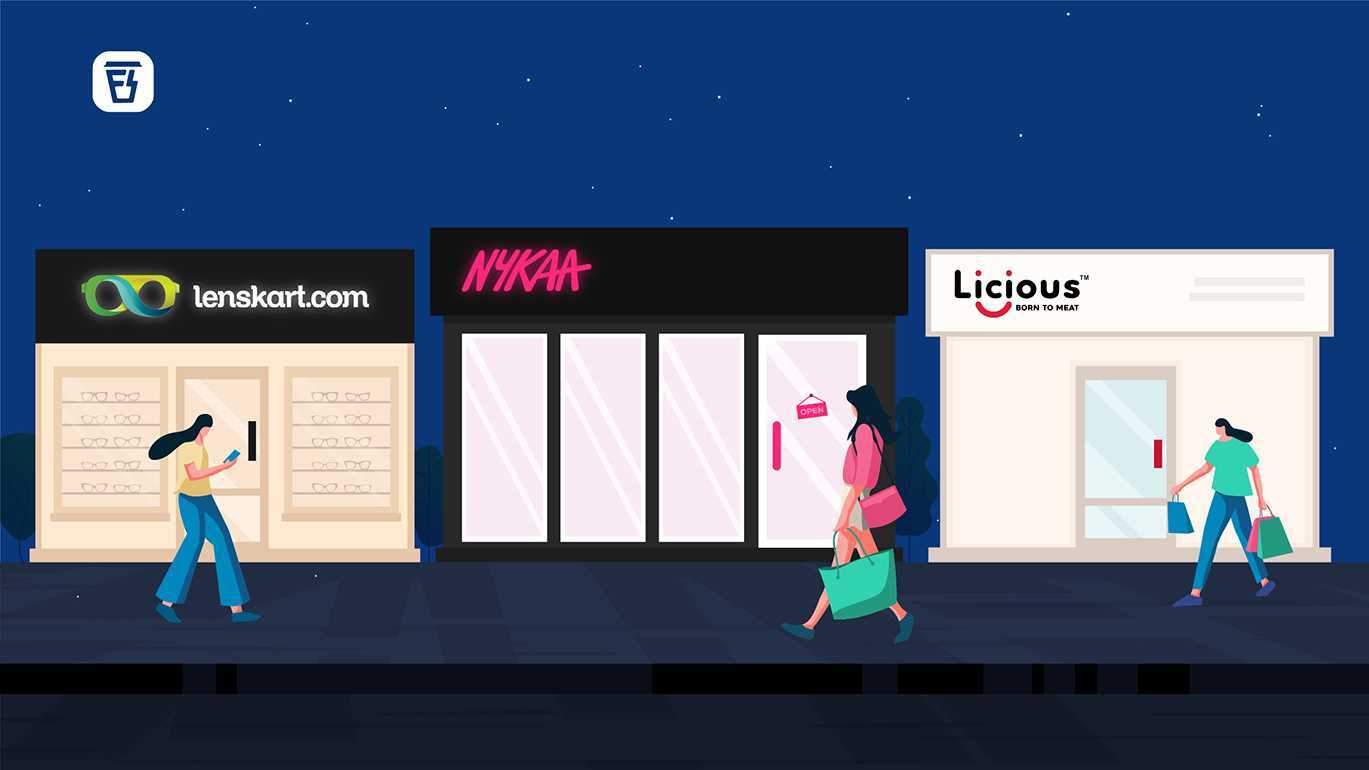 An explainer on why brick-and-mortar stores are coming back 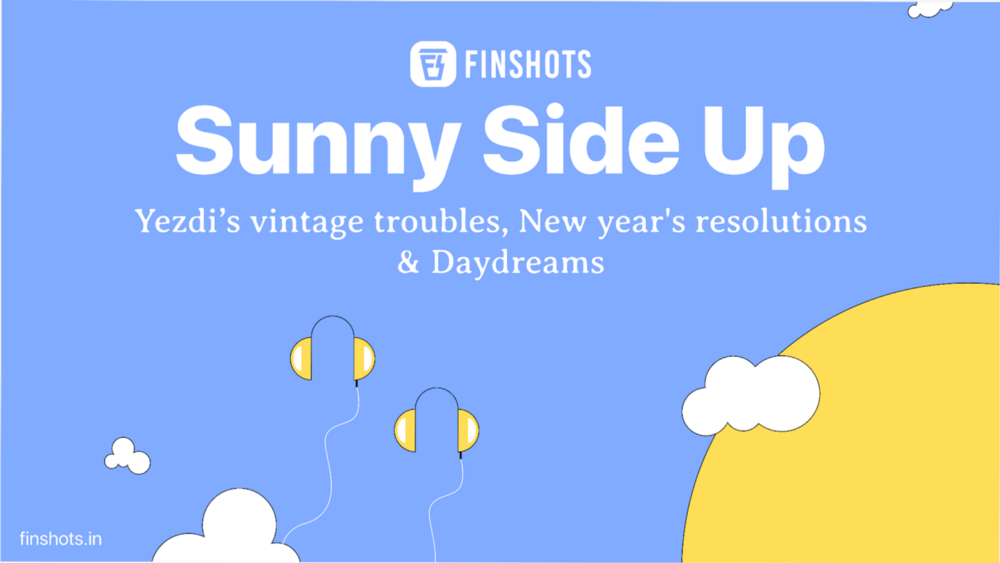 A sunny side edition where we talk about Yezdi's, new year resolutions and daydreams