Google just promised to invest $10 Billion in India and we need to talk about it.

Today, I’m excited to announce the Google for India Digitization Fund. Through this effort, we will invest ₹75,000 crore, or approximately $10 billion, into India over the next 5–7 years. We’ll do this through a mix of equity investments, partnerships, and operational, infrastructure and ecosystem investments. This is a reflection of our confidence in the future of India and its digital economy.

And truth be told, it’s a big bet. I mean, when was the last time you saw a foreign company commit such an exorbitant sum to the future of India? It’s quite an unprecedented push for India’s digital dreams. And there was a four-point agenda that Google outlined to turn these dreams into reality.

1) Enabling affordable access and information for every Indian in their own language, whether it’s Hindi, Tamil, Punjabi or any other.

Explanation: India isn’t a large homogeneous market. Instead, it’s an amalgamation of multiple micro markets with subtle differences in culture, language, income, tradition, and wealth. So tech companies aspiring to foray deep into these micro-markets will have to adapt to these differences.

Consider for instance the language divide.

Back in 2018, India had an active internet user base of 530 Million. However, close to half these users preferred digital content in their own language. And don’t scoff at this population. They come with an annual spending power of $300 billion. That’s a massive market crying out for tailor-made products. You can’t ignore them anymore.

Unfortunately, building a library rich in vernacular content will take time and money. Just look at the scale of the problem here — 90% of the country’s registered 135,000 publications don’t even have a website since they only cater to local communities. And most of them couldn’t scale their business online since they had very limited tools at their disposal.

In fact, back in 2018, Google said it was working with Indian language publishers to solve this very problem. They introduced Navlekha — a platform that was supposed to allow publishers to edit and produce content in local languages without any expert digital knowledge. And they were just scratching the surface here.

But if they really wanted to make a dent , they had to have better subtitles, better translation, better content, better accessibility, better everything. They needed to make investments to help grow the vernacular ecosystem.

And guess what? It’s happening now.

Every market has its own peculiar quirks and India is no different. When Samsung launched its ActivWash+ washing machine they added a built-in sink, given the tendency among Indians to pre-wash clothes by hand. This meant consumers no longer had to crouch on the floor and they could hand wash their clothes standing upright. I am not saying Google is trying to build washing machines here. But like most things, tech products are likely to witness a surge in adoption rates if they are built specifically for the audience they cater to.

In fact, Google is no stranger to this. Back in 2017, they wrote a rather elaborate memo on how they were building India-first products and features for the next billion Internet users.

Another India-first feature is the new “two-wheeler mode” in Google Maps. India is the largest two-wheeler market in the world, and the millions of motorcycle and scooter riders have different navigation needs than drivers of automobiles. Two-wheeler mode in Maps shows trip routes that use “shortcuts” not accessible to cars and trucks. It also provides customized traffic and arrival time estimations. And since so many Indians rely on local landmarks for navigation, two-wheeler mode will show major landmarks on the route so that riders can plan their trip before starting, and don’t have to keep checking the phone on the go.

I think it’s pretty clear what Google is trying to do here.

Think Google Pay. Currently the platform has over 3,000 online merchants and over 200,000 offline merchants. They use it to take payments, pay their suppliers, transfer money to employees and pay the odd electricity bill. And if Google can partner with other similar entities that are trying to help grow India’s fledgling digital ecosystem, it would be a win-win for everyone involved.

4) Leveraging technology and AI for social good, in areas like health, education, and agriculture

“Don’t be evil” was a part of the company’s corporate code of conduct since 2000. When Google reorganized in 2015, the parent company Alphabet assumed a slightly different version of the motto — “do the right thing.”

So, point 4 ought to be self-explanatory. It’s literally their motto.

But do bear in mind, that there is an ulterior motive here. Google wasn’t going to spend this money and push the digitization initiative if it didn’t make business sense. After all, a digital India translates to more people taking to the internet. And since Google makes most of its money offering advertising services online, you can get a sense of why they are making this bet right now.

Nonetheless, that’s it from us today. If you had a friend, family member, or relative talking about this big investment, make sure they get some context. Make sure they know what this means and why Google is venturing down this path. Ergo, share this article on WhatsApp, Twitter, and LinkedIn, will you?

Correction: We removed the infographic benchmarking GDP of different states with other countries across the world since the data in the chart was erroneous. We regret the error

An explainer on the economic impact of pushing international students out of US. 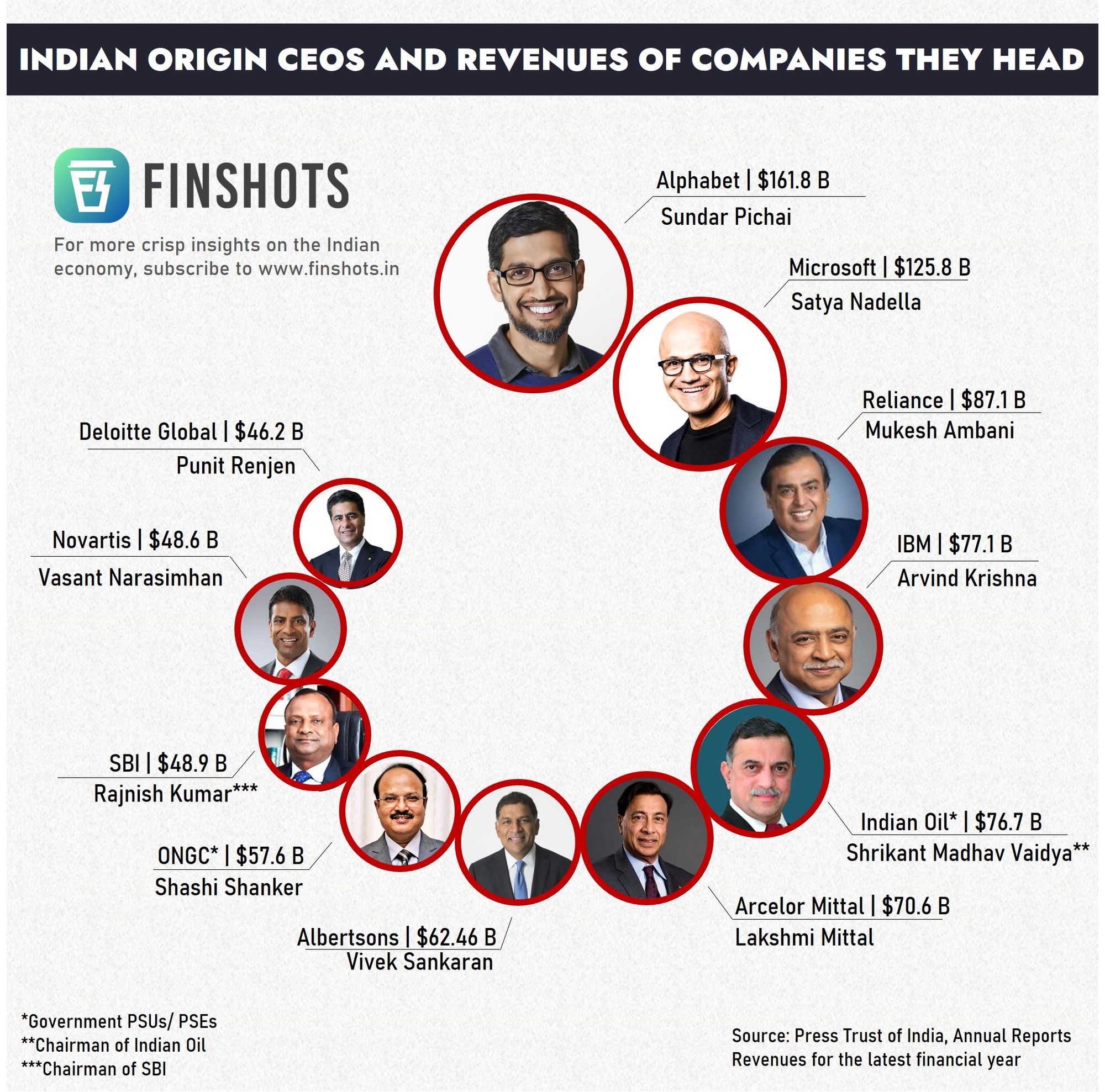