In today's newsletter we discuss the looming threat of a recession and what it would feel like if you were living in one.

Most economists think a recession is characterized by two straight quarters of declines in real economic activity. But of course, that definition is of little use if we start witnessing a significant decline in economic activity. Because then, it doesn’t matter if the textbooks tell you it's a recession, so long as it feels like one. And that's all that matters.

So what would a hypothetical recession look like in India?

Well, at first, life goes on, just as usual. You hear rumblings about a slumping economy, but you're not too worried. You are convinced this is only a temporary blip and you keep assuring everyone around you that a recovery is just around the corner. Until one day, your neighbour walks in to tell you he’s just been fired and his employers are shutting the manufacturing unit back in Manesar.

Soon enough, you start making slight adjustments to your purchase behaviour. That little vacation you had planned to the Parisian Waterfront now seems like a bit out of your budget. The backwaters at Juhu will do; you tell yourself. That Netflix subscription due next week — you don’t really need it anyway. After all, the kids have been spending too much time watching Stranger Things. It’s getting a bit out of hand now. And that financial planner who’s been asking you to set up an emergency fund, you start googling him.

What’s happening here is simple. Unbeknownst to you, your little musing is now affecting the demand curve. But it doesn’t stop at that. Oh, no ma’am. You’re also affecting the supply side in tandem.

Primarily because the demand side does not operate in a vacuum. It influences supply dynamics every step of the way. That travel agency you were talking to days earlier — They’ve just considered shutting shop. And this isn’t a one-off incident. A slump in demand is giving way to a slump in supply and this vicious cycle is sounding alarm bells for any policymaker trying to buck the trend.

But the government can’t confess now. No way!!!

If the economic engine runs out of trust, all hope is lost. It will only accentuate the crisis. They must act and act now. So despite the fact, they are already cash strapped, they still do everything in their power to prop up the economy. And since the corporate sector can’t make the investments India needs, the government takes up the mantle.

If that includes spending money above and beyond their means, they’ll do it. If it includes infusing cash into state-owned companies so that they can keep their doors open, they’ll do that too. If it means conceding to every single demand from investment partners across the world, they’ll probably consider it as well. Everything’s on the table.

There’s also clamour from the general populace to abandon all kinds of taxes — GST, Income Tax, excise, cess you name it. But the government is already borrowing too much to fund their extravagant spending programs. How do they keep this up if they can’t even make money off of taxes? They need a helping hand.

So the government turns to the lender of last resort — The Reserve Bank of India. The RBI is already in hot water. Despite a few interest rate cuts, they haven’t managed to shore up demand in the country. On the side, they are also worried about stagflation — a dangerous precedent when growth keeps slowing, despite high unemployment levels and rise in prices (bills, groceries, etc). Public anger is at an all-time high and there are calls from every corner for the RBI to do something. But anything they do could set off a chain reaction exacerbating the problem further. You can’t win here.

And the fragility in the banking system doesn’t help matters at all. People no longer trust private banks. Even public sector banks are taking the heat. Nobody knows when confidence in the financial system will start falling apart.

Meanwhile, at JP Nagar, a newly minted partner at a Venture Capital Firm is evaluating a prospective startup. On any other day, he’d have funded these guys straight off the bat. After all, they’ve been making all the right noises — exponential revenues and even higher losses. I mean, even if the startup doesn’t make a single penny in its existence, ever-increasing valuations will guarantee lucrative returns for the VC anyway. But with the economy in such terrible shape, they’re worried the “hot hand” will turn cold soon enough.

Also VC’s raise funds from investors every 2–4 years. And since funding venture capitalists is a high-risk, high reward exercise, not everybody might jump the gun to offer them money during these testing times. So thoughts of lofty valuations take a backseat and a more pragmatic evaluation begins

Oh and the hot startup we are talking about. Yeah, they have a runway of about 2 months. They don’t close this deal, they are going out of business. All the employees will definitely be in for a shock when the founder calls a team meeting the next week.

And obviously, this does not include the terrible tragedies that besiege the daily wage worker in Dharavi, the poor farmer in northern Gulbarga, the cab driver trying to make ends meet. So if you are thinking a recession is a walk in the park, it’s not. It’s going to consume each and every one of us.

So it's time we act now. Even if it means putting up with some inconvenience to halt the march of the Coronavirus. 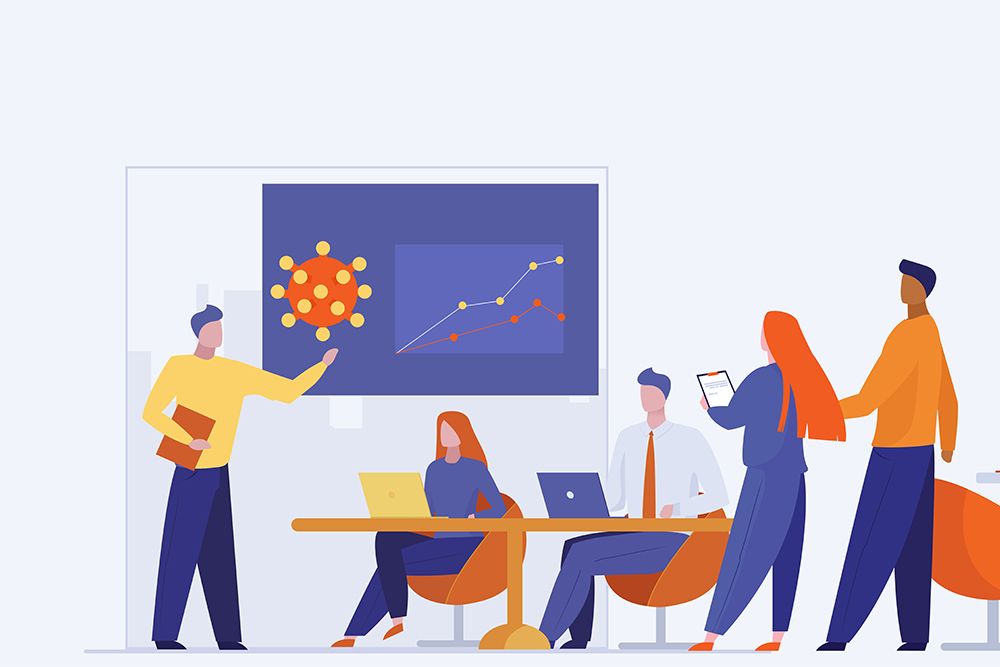 A ray of sunshine amidst of the fog of Coronavirus. 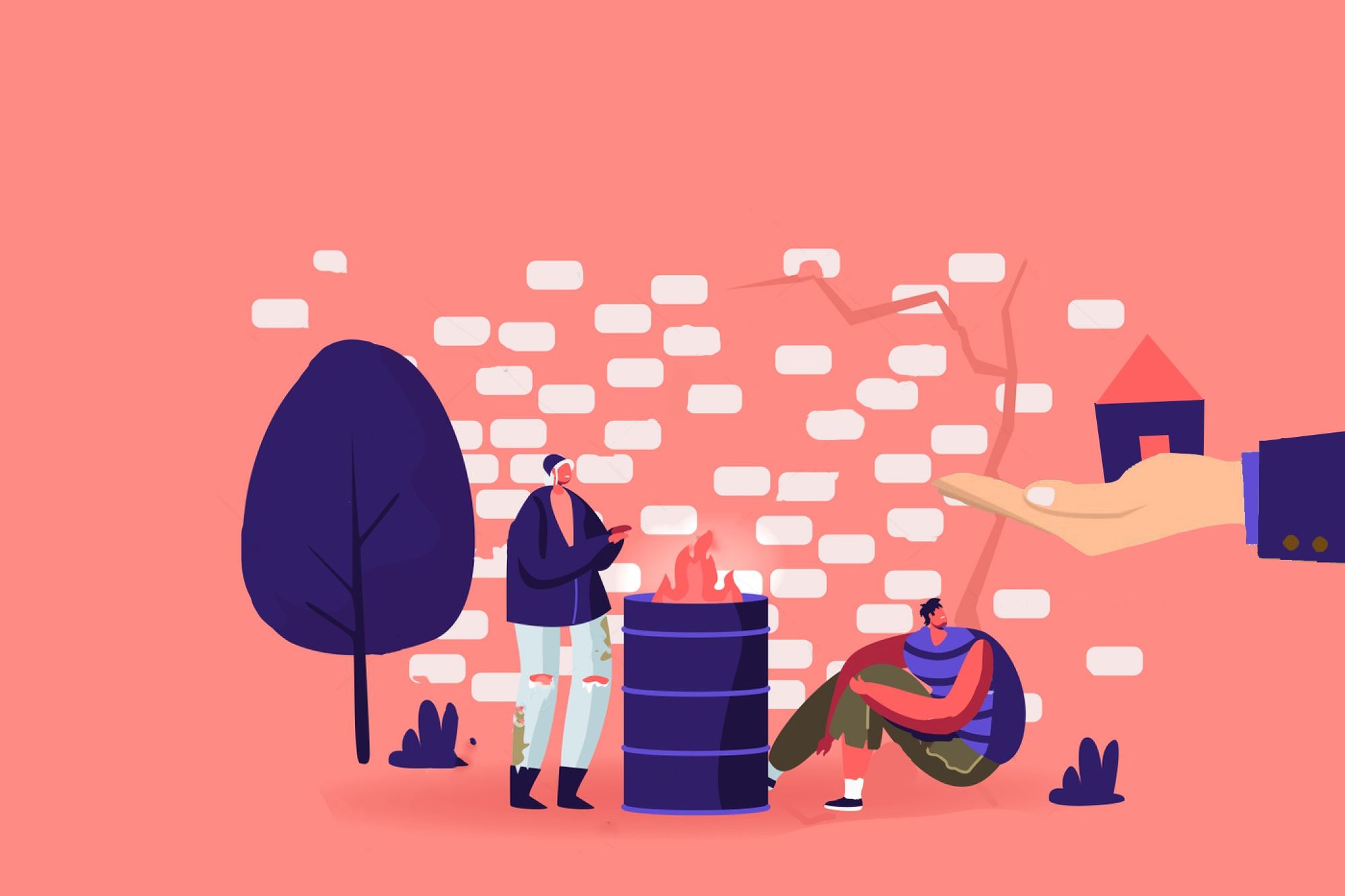 Will Universal Basic Income help people if we were to slip into a recession?