In today’s Finshots, we talk about the abolition of income tax.

Yes, we are going to talk about the abolition of income tax.

Yesterday, we noticed a rather interesting comment on our article about the new faceless assessment program. It went something like this — “Why can’t we just eliminate income tax altogether and compensate it with a higher GST? Shouldn’t this ideally expand the tax base and improve collection overall? Think about the benefit of not having to go through the whole charade of filing your IT returns”

The logic is very compelling. The argument does sound foolproof. After all, if you have an opportunity to compel people to pay taxes based on their consumption pattern, that should solve most of our problems. People who earn a king’s ransom will likely splurge and a consumption-based sales tax (like GST) will capture this information i.e. A higher GST should get them to cough up more money. On the flip side, somebody who manages to barely make ends meet won’t have to worry a lot since their consumption levels are already moderated. They will pay GST in line with what they consume. This shouldn’t be too much of a burden.

But what if it is? What if the poor end up shouldering a higher tax burden? In fact, all evidence points to this eventuality. Upon the abolition of the income tax, regular Joe’s will end up paying much more than they would have otherwise, while the rich get off much easier. That's what the data keeps telling us. This is completely antithetical to the idea of a progressive tax regime — where you impose a higher tax rate on the rich based on their income level and offer people with little to no income additional respite. With a flat consumption-based tax rate, this premise isn’t feasible anymore.

But what if we switched it up a bit? What if the government compensated those living near the poverty line and offered them extra leeway. For instance, one idea that’s gained significant traction in the US is the idea of implementing a fair tax regime. At its core, a fair tax is a consumption-based tax (like GST) — fixed at 23%. However, to make it more progressive, the fair tax act proposes to offer some people money upfront — equal to the 23% tax on the monthly cost of living at the poverty level. So if you are a family of 4 and you’re living near the poverty line making, $24,000, you’ll be offered $5520 upfront (paid on a monthly basis of course). This alleviates the burden at the bottom of the pyramid and makes the whole system more equitable.

So why not just implement a similar system and abolish income tax altogether?

Well, you could. But doing so would mean pushing GST rates higher across the board. This translates to expensive healthcare, expensive bread, expensive rotis, expensive education (if it’s not considered an investment). So the government will have to offer exemptions on some products or risk facing public wrath. However, offering exemptions would inevitably mean extracting a higher sum elsewhere. So GST rates on other taxable products and services will rise exponentially.

Also, replacing income tax with a consumption-based tax doesn’t necessarily mean tax evasion disappears overnight. With high GST rates, people will have every incentive to report their transactions as business transactions. And a business expense isn’t taxed for the obvious reason that the company doesn’t consume the product itself. In most cases, it adds value and passes it on to the end consumer who's responsible for shouldering the tax burden.

And as more people resort to these shenanigans the government will have to offset these losses by pushing GST rates higher. One could also contend that marking these transactions as a business expense is no easy task for a middle-income consumer. The only people who could get away with this stuff are probably sitting at the top of the pyramid.

So in effect, we are looking at steep GST rates on a select set of products and services paid for predominantly by the middle class. Could it work? Maybe!!! But is it worth the effort? That I do not know. What do you think?

"Yo Finshots, Recommend some good articles on the Internet no?"

We keep getting this message almost every single week. Or at least some variant of this text. While it does sound like a pretty neat idea, there is the obvious problem of sourcing good stuff on a consistent basis. Which is why we’ve never really been confident of doing this every day. However, maybe it’s time to change that attitude a bit.

Now, we are not making any promises, but I suppose we can share some good stuff as and when we do find them. Just share anything that’s a bit interesting and something that fits our mandate. Maybe that would be a good place to start.

And so we’ll kick off this little project with a fascinating account of two individuals and their contrasting ideologies. I call it an ideology and not a trading strategy (even though both Taleb and Niederhoffer happen to be traders) because their strategies define their outlook in life. One man preaches that he knows nothing. Another man pledges to tame uncertainty.

So what happens when these two ideas go to war?

In today's edition of recommended reading, “BLOWING UP” by Malcolm Gladwell .

Oh btw, the whole article is like 30 mins long and originally appeared in the 2002 issue of The New Yorker. So maybe plan to read this at your own convenience 😋 and let us know what you think about this whole initiative?

Okay… Until next time... 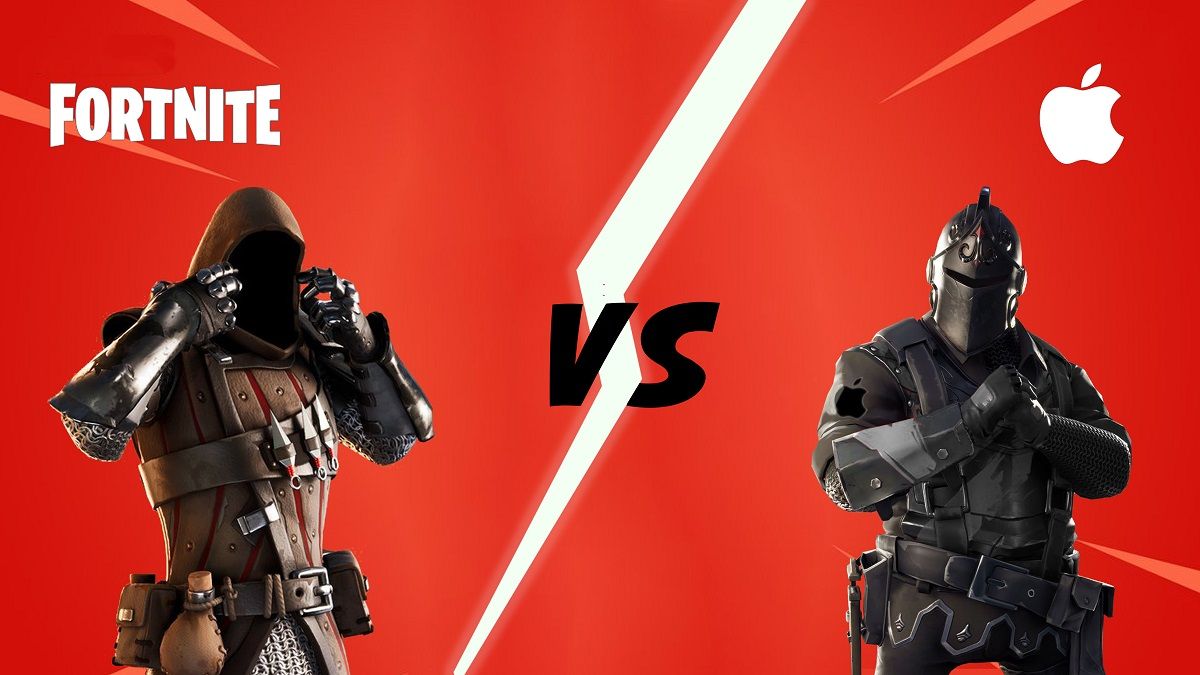 An explainer on the legal tussle between Epic Games and Apple. 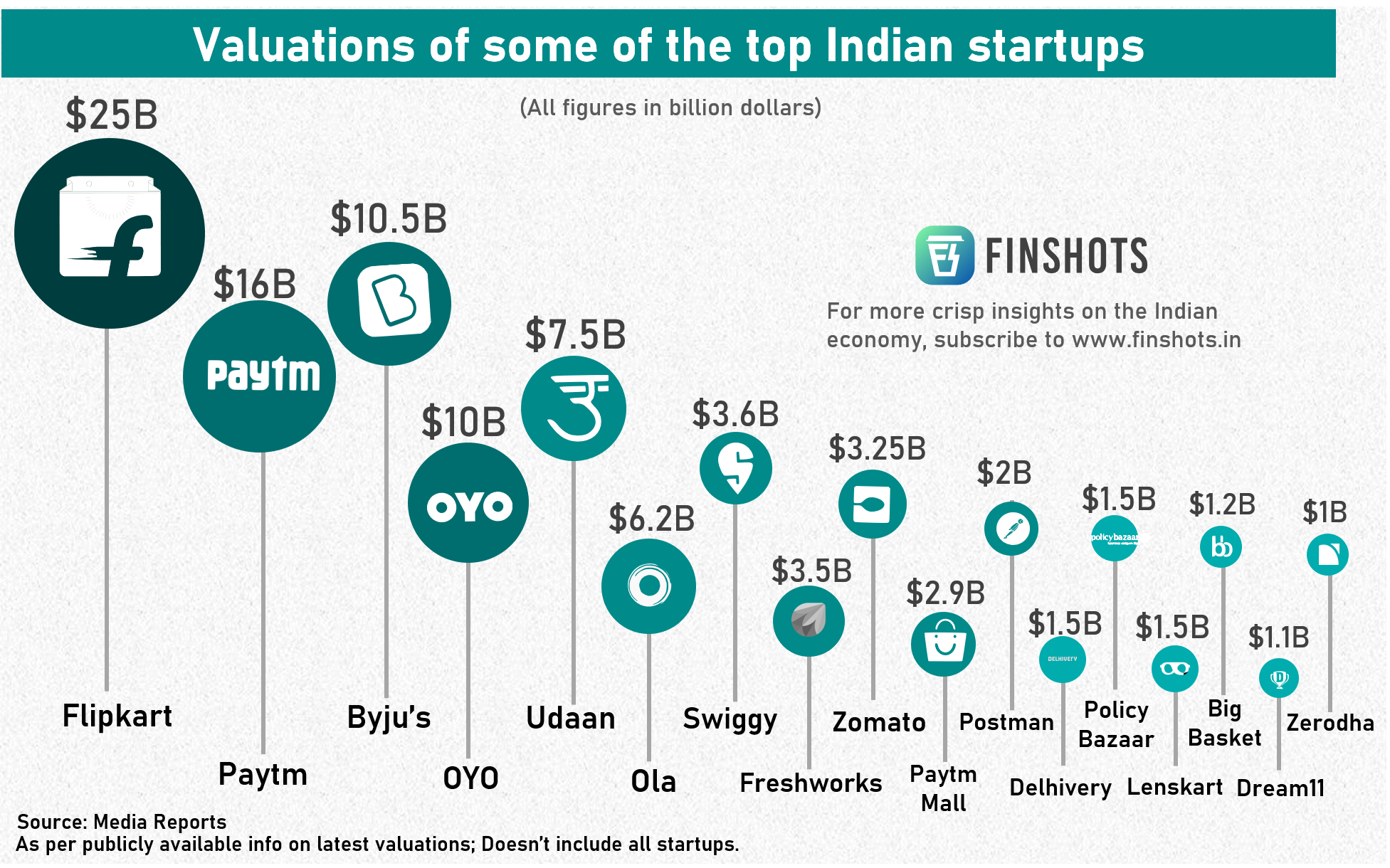 India is home to 21 unicorn (valued over $1 billion) startups. Here's an infographic on valuations of some of the top Indian startups.

Finshots
—
What if we abolished the Income Tax?
Share this