A couple of days ago, there was an interesting article on Bloomberg and it went like this —

“Investors may not be clamouring to buy offices and hotels right now, but in virtual reality, property deals are surging and attracting millions of real-life dollars."

Think of these as virtual worlds created by aspiring developers. If you want to create your own version of reality, you can do so by building it on a computer. It could have virtual trees, virtual apartments, virtual people and even virtual land. You could even invite other people to live and explore your world — perhaps even help you build it. And as more people flock into these digital realms, the value of virtual assets inside them will start appreciating in tandem.

In fact, as the Bloomberg article notes — “Republic Real Estate, a firm that’s raising money to buy distressed condos in the physical world, is launching an invite-only fund next week aimed at investors seeking to buy virtual land. The venture plans to purchase parcels across several online “metaverses” and develop them into virtual hotels, stores and other uses, with the goal of increasing their value among cryptocurrency enthusiasts.”

So in today’s Finshots, we will talk about the rise of decentralized virtual worlds and why people are paying top dollar to own assets inside them.

The most obvious question here is rather straightforward — What’s the utility of owning land in a virtual world? It seems superficial. Perhaps even dubious if you're being critical. So why do it?

Well, it might seem like a fruitless endeavour to some, but people spend millions of hours in simulated environments each day. One 19-year-old kid spent two years building a virtual world in the video game Minecraft. Does that mean everybody would devote themselves to such a cause? Unlikely, but some people enjoy the experience.

Outside of this, people are also willing to spend cold hard cash on in-game assets. The popular video-game Fortnite made roughly $300 million in 2020 by selling cosmetic skins, dances, and pre-released game modes to its users.

So asking why people spend time in virtual environments is a moot question. They just enjoy it, plain and simple. But there is one other problem. When you buy an in-game costume, for instance, it doesn’t accord you full ownership of the asset. You merely have the right to use this costume inside the game. The intellectual property meanwhile still belongs to the developers. But what if you don’t have a central authority deciding ownership. What if you have a decentralized digital universe somewhere else?

Let’s take the case of Decentraland, a virtual world that has been taking the real world by storm. Inside this shared space, users can own land, develop it and sell it if they fancy doing so. All of the content in-game is hosted in a network of content servers (computers). And if you want to host a part of this world, you can do so by submitting a request. The request is then forwarded to the DAO — where the community of players will propose and vote on policy updates. It’s a democracy, of sorts and you can decide who gets to run the content servers, what kind of costumes are allowed, how land parcels are auctioned, and other community-related matters. The game also features its own in-game cryptocurrency token — MANA and all of the transactions are recorded on a blockchain.

Think of this blockchain as a common registry held by many many people. In this case, many many computers. If you want to buy a piece of land inside Decentraland, then you’ll have to etch your transaction on this network. Once you’re through with that bit, you will have access to a non-fungible token (NFT) — an item that represents ownership. Everybody in the registry will know who owns the token. And nobody can alter these records unless you — the token holder decides to sell or gift them to somebody else. So once you buy a piece of land in Decentraland, you own it — forever. Or at least until the virtual world survives.

But how is this different from other virtual worlds?

Well, for starters, the world will survive for as long as the community survives. If the people lose interest and nobody visits Decentraland, the currency, the land and all the digital assets in-game will be worthless. But that’s not the case with Fortnite. The developers can choose to pull the plug tomorrow and you’ll have nothing to show for it. In Decentraland however, the world will go dark only if the community goes away. It’s like the real world, only virtual and you decide the rules. As one article notes —

“the fact that developers and entrepreneurs can actually own their own land and build whatever businesses they want on top of it (knowing that somebody like Google, Facebook, or Twitter can’t suddenly change the rules or tweak their algorithms) will get them comfortable making serious investments of time and energy, and eventually lead to a better experience than one company could ever build.”

More importantly, anybody can be a part of this world. You can explore Decentraland as a guest or you could be a participant by claiming your own digital identity. For 100 MANAs you can obtain a custom name and an Avatar. Why would anybody want to experience the world using this unique name, you ask?

Because they like it that way and they think it's a valuable experience. It’s the same thing with MANA or virtual land parcels. They believe it’s worth something and they are willing to pay top dollar for it. This shouldn’t come as a surprise. Think about real money for instance. As Yuval Noah Harari writes in his bestselling book Sapiens —

More than 90% of all money — more than $50 trillion appearing in our accounts — exists only on computer servers. Most business transactions are executed by moving electronic data from one computer file to another, without any exchange of physical cash. Only a criminal buys a house, for example, by handing over a suitcase full of banknotes. As long as people are willing to trade goods and services in exchange for electronic data, it’s even better than shiny coins and crisp banknotes — lighter, less bulky, and easier to keep track of.

Bottom line — So long as people think something is valuable, it will continue to be valuable. Sure, there will be some speculators trying to make money off of virtual land parcels hoping they’ll shoot up in value. But there will also be others who will simply want to access these land parcels because they like it — plain and simple. And while you can be critical about these things, you can’t keep sweeping them under the rug as if it were some fringe activity.

Virtual worlds are taking off in a big way and it's about time the real world starts taking notice.

An explainer on how mining rules will change soon enough? 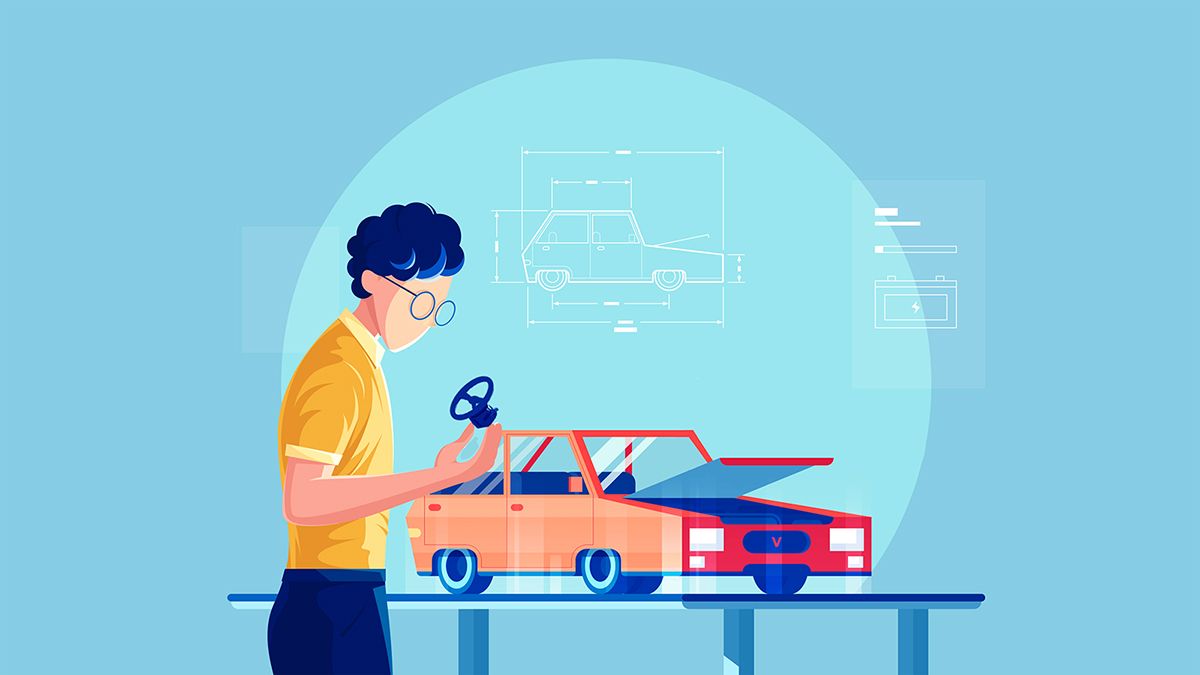 Why is it difficult to export Indian made cars overseas?