In today's Finshots we see how Udaan came up empty when they tried to procure Parle-G biscuits from Parle directly.

What’s the world’s No. 1 selling biscuit?

And no, it’s not just because people love to dip these biscuits in a hot cup of chai. It’s also because these biscuits are ubiquitous. You can find them anywhere. Even in the most remote corners of India.

And Parle-G has managed to achieve this feat thanks to its distributors — a few select entities who sell their product to wholesalers, who in turn push them to retail and Kirana stores alike.

In fact, this isn’t exactly unique to Parle. Most FMCG companies work this way. But over the past few years, some startups have tried to disrupt this model by leveraging tech and working with retailers directly i.e. they buy the product from manufacturers and they put it on your retailer's shelf.

The most famous startup of this ilk is perhaps Udaan. And they’ve found some degree of success.

But recently they hit a roadblock. When the startup tried to acquire Parle-G biscuits from Parle directly, the company refused. Instead, they asked them to procure the product from their distributors.

Parle’s arguement was this. The likes of Udaan have been posing a massive threat to the distributor network they so painstakingly built. And they believed the company would decimate their competition and drive most distributors out of business. If this happened, Parle would eventually be at the mercy of Udaan. And it’s not a position that they want to find themselves in. In fact, it’s a concern shared by many, including Amul’s MD RS Sodhi, who recently said — “Amul has 10,000 exclusive distributors, or small entrepreneurs. If platforms like Udaan do the distribution themselves, they compete with our existing exclusive distribution partners and directly hurt them.”

But instead of accepting Parle’s non-co-operation in the matter, Udaan filed a complaint with the Competition Commission of India (CCI) arguing that Parle was abusing its dominant position by refusing to sell its ''must have'' biscuit directly.

Yeah, that’s what they did.

Wondering how it went?

But then, they take it a step further. They also argue that Parle-G is abusing its position of dominance by refusing to deal with Udaan. By excluding Udaan from directly dealing with the company, they are locking them out of a “must-have” product. If this persisted, Udaan contends that it may have serious repercussions on the company.

Well, here’s what their lawyers state —

“The Informant operating in the e-commerce space, which is prone to network effects and continuously increasing null searches on its platform, will start a negative feedback loop, with an increasing number of retailers/traders leaving the platform altogether. Therefore, the foreclosure may cause Udaan to exit the market.”

In other words, they’re saying — If retailers search for Parle G products on Udaan, that would fetch them nothing. And if they kept seeing these “null searches” for multiple queries, then that could have a detrimental impact across the board. And if it did, Udaan may have to exit the market altogether.

And if that happened consumers would suffer, because according to Udaan they’ve introduced operational efficiencies that apparently benefit end consumers and retailers alike.

So if these arguments hold, then you could contend that Parle is violating anti-competitive rules by refusing to engage with Udaan.

However, Parle was in no mood to relent. Their argument was this —

For Udaan’s claim to hold any merit, they should have proved that Parle-G biscuits were indispensable to their cause, while also showing that the non-exclusion would eliminate competition and harm customers. But they did none of this.

a) It’s a laughable proposition to think that Parle-G biscuits are indispensable to Udaan’s cause. They’re a multi-billion dollar startup with multiple revenue streams. A few biscuits won’t put them out of business.

b) Udaan can still continue to buy Parle-G biscuits from the distributors. They just have to pay more.

c) Even if Udaan dealt with Parle-G directly, consumers would still have to pay the same price. It doesn’t benefit them in any way.

d) And finally, you can’t really make the argument that excluding Udaan has an adverse effect on consumers since Parle-G biscuits are ubiquitous. Every single store carries them (with or without Udaan in the mix).

So they dismissed the whole argument.

But what about the position of dominance? Is Parle a monopolist in the “glucose biscuit” market?

Unlikely. At Finshots could argue that we have a 100% market share in the “financial newsletter segment with an explicit focus on simplifying policy, economics, tech and climate change related matters.” But that would be a bit silly wouldn’t it?

Parle responded in a similar vein. They argued that you couldn’t simply classify “glucose” biscuits as a category. In fact, even if you did take the plunge and carved out a niche sub-category — say “sweet biscuits”, you’d see that Parle-G merely has a 16% share. They even went as far as saying that people could substitute biscuits for Samosas. So maybe the appropriate category to determine market dominance would have been “snacks.”

In any case, this seemed to have sealed the deal for Udaan. The Competition Commission of India sided with Parle-G ruling that Parle wasn’t violating anti-competitive rules.

Also, they noted that Parle had no obligation to treat all its distributors the same way, so long as it didn’t hurt end consumers. They wrote — “Distribution networks are built and strengthened over a period of time, with sound underlying commercial consideration, trust, adequacy and performance, and a manufacturer cannot be forced to onboard any person/entity in the chain on an asking.”

So yeah, it seems no amount of VC money can get you Parle-G biscuits and Udaan will just have to go back to the drawing board and figure out an alternative

Also, a quick sidenote. Parle, in its defence noted that the services provided by its brick-and-mortar distributors cannot be effectively provided by Udaan who accumulate massive debts while making losses. Instead, they desired distributors who were capable of surviving in the long run. And much like Parle, we follow the same ethos. At Ditto, we are very particular about the kind of insurance companies we work with. We selectively screen companies based on their product portfolio, claim settlement numbers and financial sustainability. Eventually, we whittle down this list to a few select insurers who cover most use cases. And once we’ve cherry-picked them for you, we walk through the policies very carefully so that you can make a choice that best suits you.

So yeah, if you want a hassle-free insurance buying experience, you should definitely talk to us at Ditto. 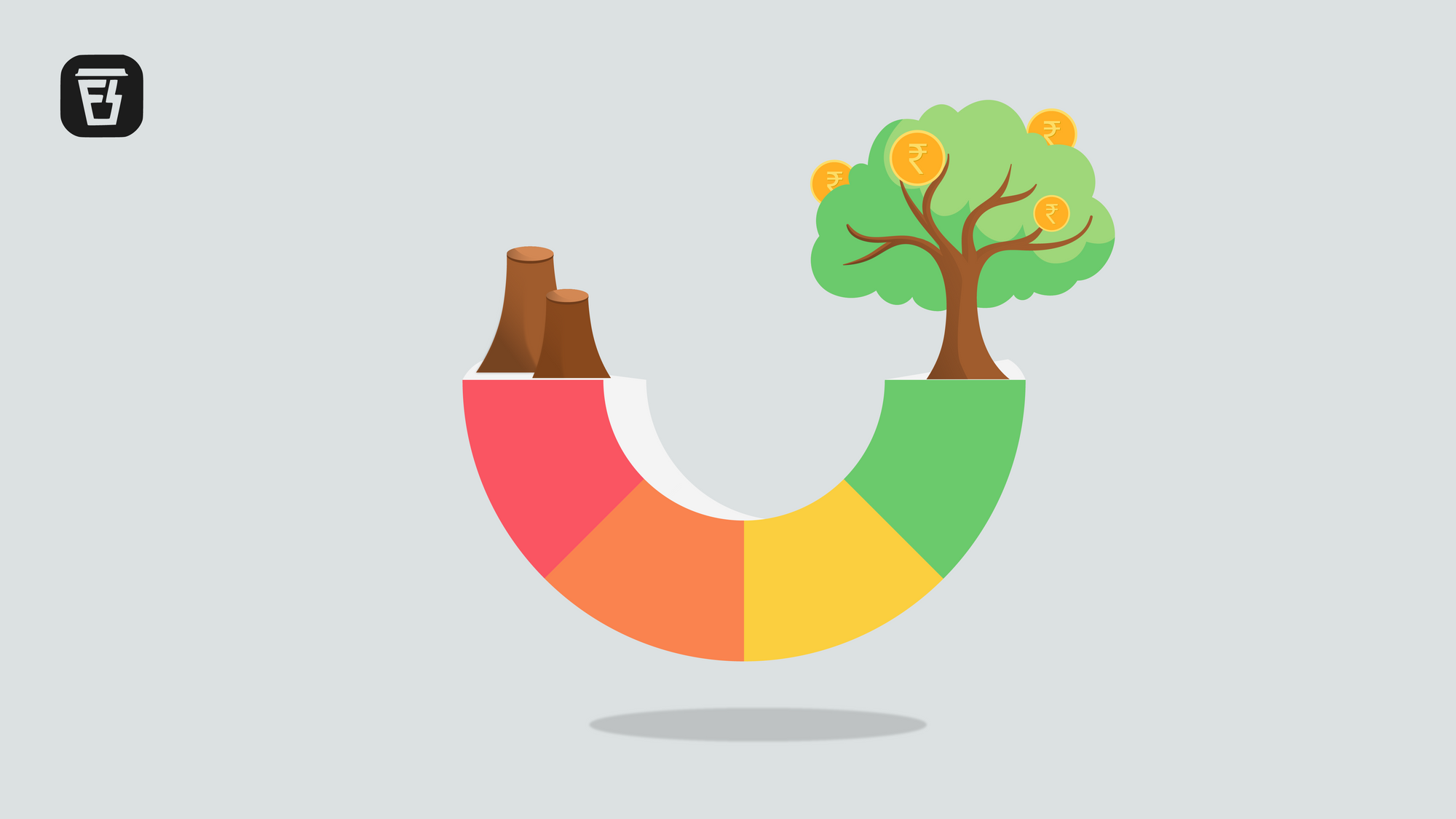 An explainer on how biodiversity can affect credit ratings 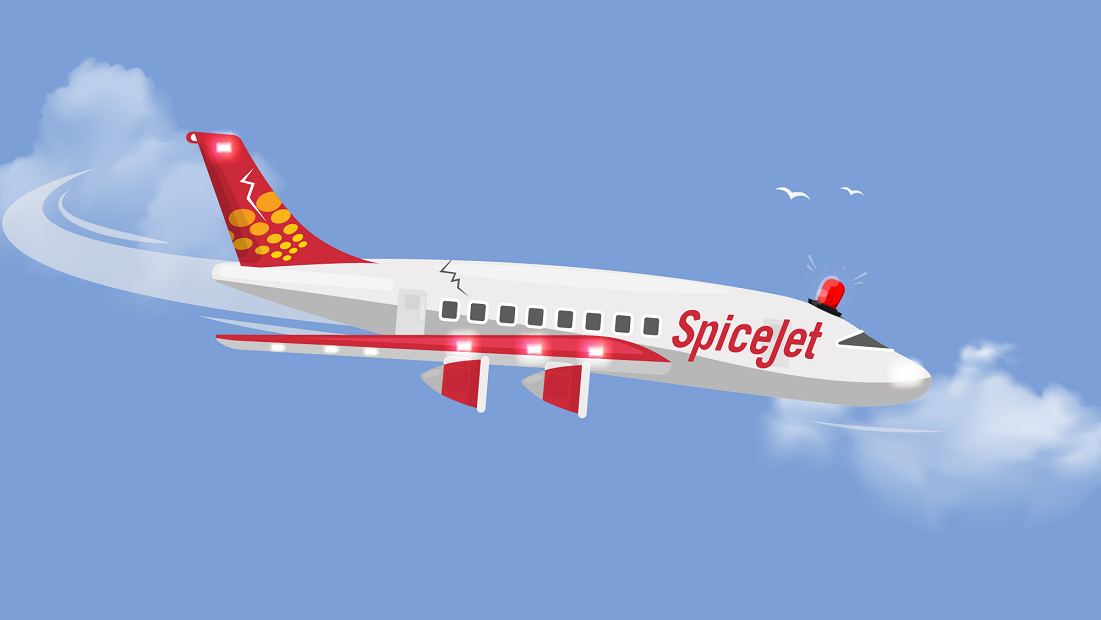 An explainer on how SpiceJet hit choppy waters