In today’s Finshots, we talk about the problem of plenty.

It’s not rocket science. When you’re trying to navigate a lockdown, you have to contend with a demand slump. For instance, when restaurants and ice cream parlours closed down, milk producers were in a fix. Their biggest customers were shutting shop and they could do very little about it. Also with the supply chain in tatters, milk-producing states had difficulty transporting their produce across state lines. And this was a problem.

Because Milk is a perishable product. It doesn’t have a long shelf life. Unless specially treated and packaged in impeccable condition it won’t last more than a couple of weeks. Which means you have two alternatives. You can either dump all the excess milk or you could process it into something that can last longer.

Dumping milk might sound like an outrageous solution. But when you don’t have anyone buying from you, there isn’t a lot of options you can consider. Your cow won’t stop producing milk. When the udders are full, they must be emptied. It’s the law of nature. You can’t get around it. So when demand craters, there is a very real risk that milk producers might be forced to throw away their produce.

Thankfully that did not happen. Instead, the robust co-operative model stood tall.

Ever wonder why milk prices don’t swing around wildly like onions?

Well, the thing is… Milk producers don’t sell their produce in Mandis (or state-designated market places). Instead, more often than not, they subscribe to a membership in a co-operative society. These members then elect their representatives and the representatives manage the district milk unions. It’s the union’s job to take care of all the milk and the processing. The farmers simply drop their milk at the co-operatives and the union processes it into packaged milk and value-added products. The products then reach end consumers via a slew of distributors and retailers.

Prominent among them include state milk federations — who, as distributors facilitate the selling of branded products that you’re all familiar with. For instance, Karnataka Cooperative Milk Producers’ Federation Ltd. (KMF), supplies products under the brand name Nandini. Gujarat Cooperative Milk Marketing Federation (GCMMF) sells its products under the celebrated Amul brand. And, for the most part, these federations do a pretty decent job.

So in effect, a co-operative system has no room for middlemen. There is a more equitable distribution of wealth and milk producers are better off than other farmers in India. And the efficacy of the co-operative model was in full display during the pandemic.

When D.C. Sateesh, managing director of Karnataka Milk Federation was asked about all the excess milk coming in, he had this to say —

“After the lockdown, private players completely stopped procuring milk from farmers. One lakh to two lakh farmers, who are also members of societies recognised by their respective milk unions, started supplying to us. We cannot say no to them as they are also members of our societies. This is the primary reason for the increased procurement.”

At one point they were taking in close to 8–10 lakh litres of excess milk each day. And since they couldn’t store all this milk in depots, they started processing it into milk powder. Meanwhile, in Gujarat, Amul and Mother Dairy were also doing something very similar.

As an article in Bloomberg Quint notes —

Amul, India’s No-1 dairy brand, and state-owned Mother Dairy are now churning excess milk into more butter, cheese and mawa. To exhaust the supply of these dairy products, they are also making cookies, bread, and rusks, gulab jamun, rasgulla and more.

So despite the crippling lockdown, the excess supply was diverted elsewhere. They were very few shortages. Farmer members continued to receive a fair price. And co-operative societies adapted rather quickly. If that isn’t a success story, I don’t know what is.

Fun fact: India is also the largest producer of milk in the world. 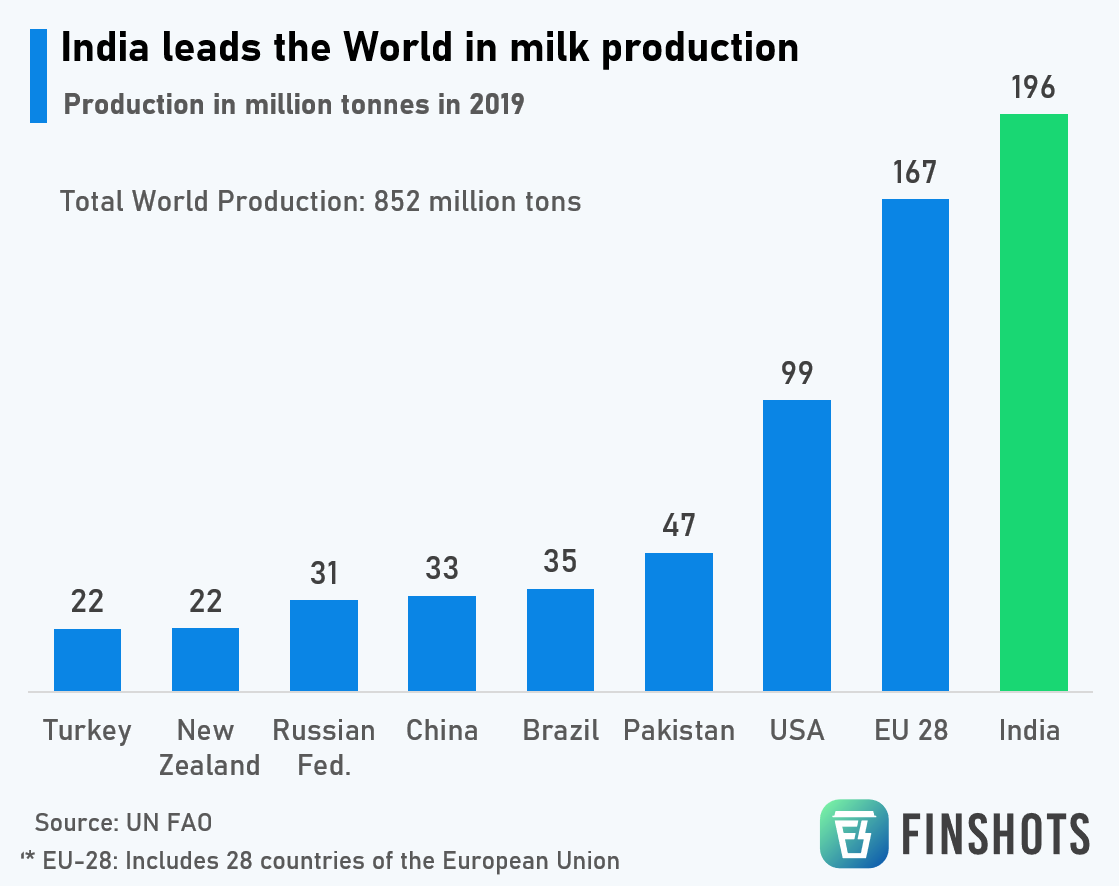 India contributes to ~23% of the World's milk production. 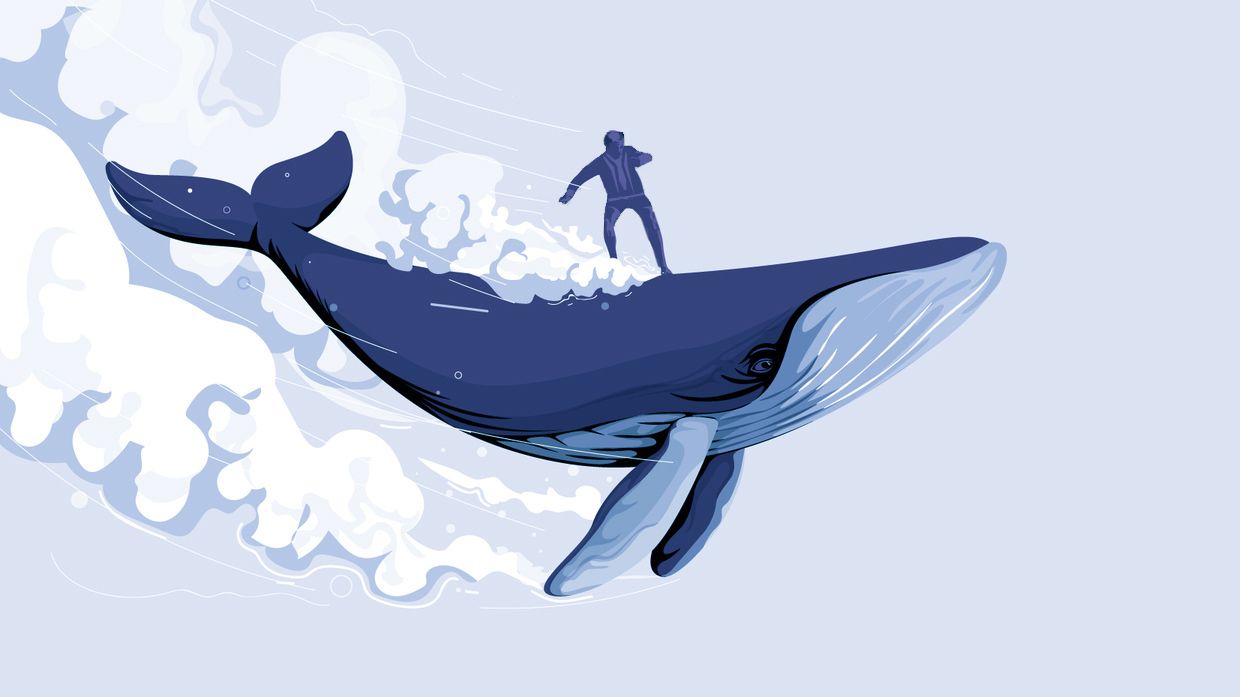 How Softbank moved the US market using Call Options.

Finshots
—
Thou shalt not dump the milk
Share this