Reports suggest that Tata Group is in talks with Big Basket and 1mg — the online pharmacy platform, to acquire a sizeable stake in both companies in a bid to scale up their plans of building a super app. So we thought maybe we could look at these deals and see why the allure of a super app still captures the imagination of Indian entrepreneurs.

Think of a digital mall — A place where you can talk to your friends, buy anything you want and maybe do some banking on top. If this digital mall were an application that runs on your phone, maybe you could call it a super app. Meaning, customers could theoretically book hotel rooms, buy groceries, shop for clothes, secure loans, get medicines, and do a bunch of other stuff, all in one place. For instance, rumour has it that Tata is buying a sizeable stake in BigBasket with the hopes of consolidating their main services into a super app. Think banking, groceries, retail — the whole lot. And if they succeed, they’ll be going up against the likes of Reliance and Amazon, who already have plans of their own.

But the big questions still remain — Why do you need a super app? And why are companies so desperate to get in on the act?

The first use case might not be obvious. In fact, some might contest that it’s a bit dubious, to begin with. But it’s a fascinating point of view, and we have to discuss this bit. See, it just so happens that Indians are running out of memory space and some people believe that this little problem might actually drive adoption of super apps with a certain group of users. As one article in the Wall Street Journal notes —

Google researchers in Silicon Valley were trying to figure out why so many smartphones were freezing up half a world away. One in three smartphone users in India run out of space on their phones daily.

The glitch, Google discovered, was an overabundance of sun-dappled flowers, adorable toddlers, birds and sunsets sent along with a cheery message…Starting before sunrise and reaching a crescendo before 8 a.m., internet newbies post millions of good-morning images to friends, family and strangers.

Meaning, those benign good morning messages you see floating around on WhatsApp and Facebook — It’s clogging up smartphones in India. So the argument goes that these people are often forced to only dabble with applications that offer them maximum value and they are trying to weed out anything that they deem replaceable. Ergo, a super app would sit nicely with this population. But then again, it’s kind of hard to imagine people flocking to a super app, just because they want to save space on their phones. Sure, they will do it if they are getting a bargain, but without a compelling value proposition, it’s unlikely many people will want to seek out the mythical super app.

Which brings us to the next point — Why has nobody been able to create a super app that offers compelling value on all fronts? For instance, there’s a popular consensus that any good super app must do three things. First, it must be a good platform to communicate with friends and family. Sort of like WhatsApp. Second, it must offer a litany of services including media, grocery, food delivery and other e-commerce facilities. Finally, it must have an integrated payment solution and even some financial services on top, perhaps. And while many companies in India offer these services, no company has been able to offer them all together — at least not in a compelling manner.

Paytm started off as a payments app and eventually dabbled with e-commerce. But they weren’t able to keep the momentum going, at least not with Paytm Mall. WhatsApp and Facebook have cracked the social media game, but progress on integrating payments has been slow. And while Reliance Jio is trying to partner with WhatsApp and stake a claim to the super-app throne by introducing Jio Mart, it’s still not quite clear how all this will play out. More importantly, nothing in India is even remotely close to replicating the success of WeChat. For the uninitiated, WeChat is the ultimate super app. You can talk to your friends, you can do banking, you can hail a cab and a whole host of mini-programs within the app lets you do most things you can imagine. It’s what many entrepreneurs in India have been trying to replicate, albeit unsuccessfully.

And if you want to know why — Maybe you should look at Hike, a messaging app that aspired to be so much more, but whose dreams were curtailed after the management decided to shut shop recently. Here’s what the founder, Kavin Bharti Mittal had to say about the matter when speaking to BloombergQuint.

“We don’t think that the super app model is the best path forward from a user experience stand point... It can work in a market like China where the market is completely cordoned off, and there is no competition.” Thereby implying that replicating the model in India could be impossible. And truth be told, it does make some sense. We’ve got highly specialized companies catering to very specific verticals. You’ve got Ola and Uber for ride-hailing. You’ve Zomato and Swiggy for food delivery. You’ve got Big Basket and Grofers for groceries. And these companies have spent many years understanding user behaviour in India and in shaping the in-app experience based on this learning. Sure, a company like Tata, Amazon, or Reliance could throw billions of dollars and try to make a dent here, but building a truly original super app for all of India’s population might be a tall order even for these giants.

Anyway, that’s it from us today. However, if you have any thoughts on the whole super app race, do tweet at us and let us know what you’re thinking. Until then… 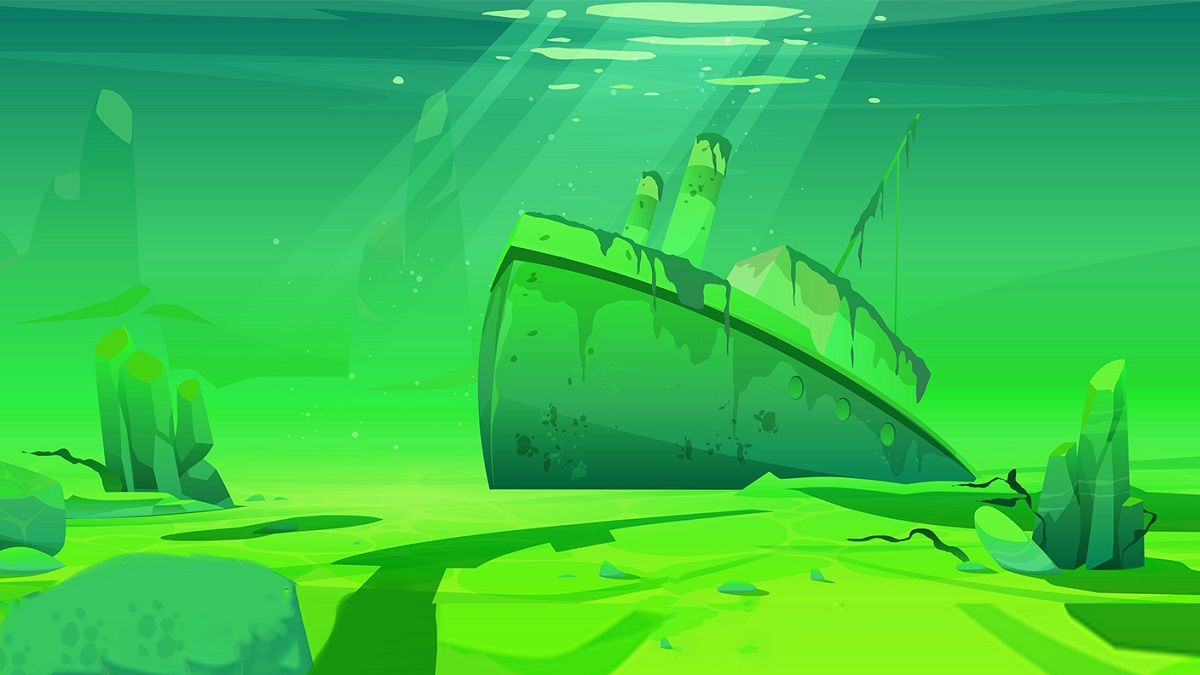 Why Indian shipbreakers might have a difficult year ahead of them? 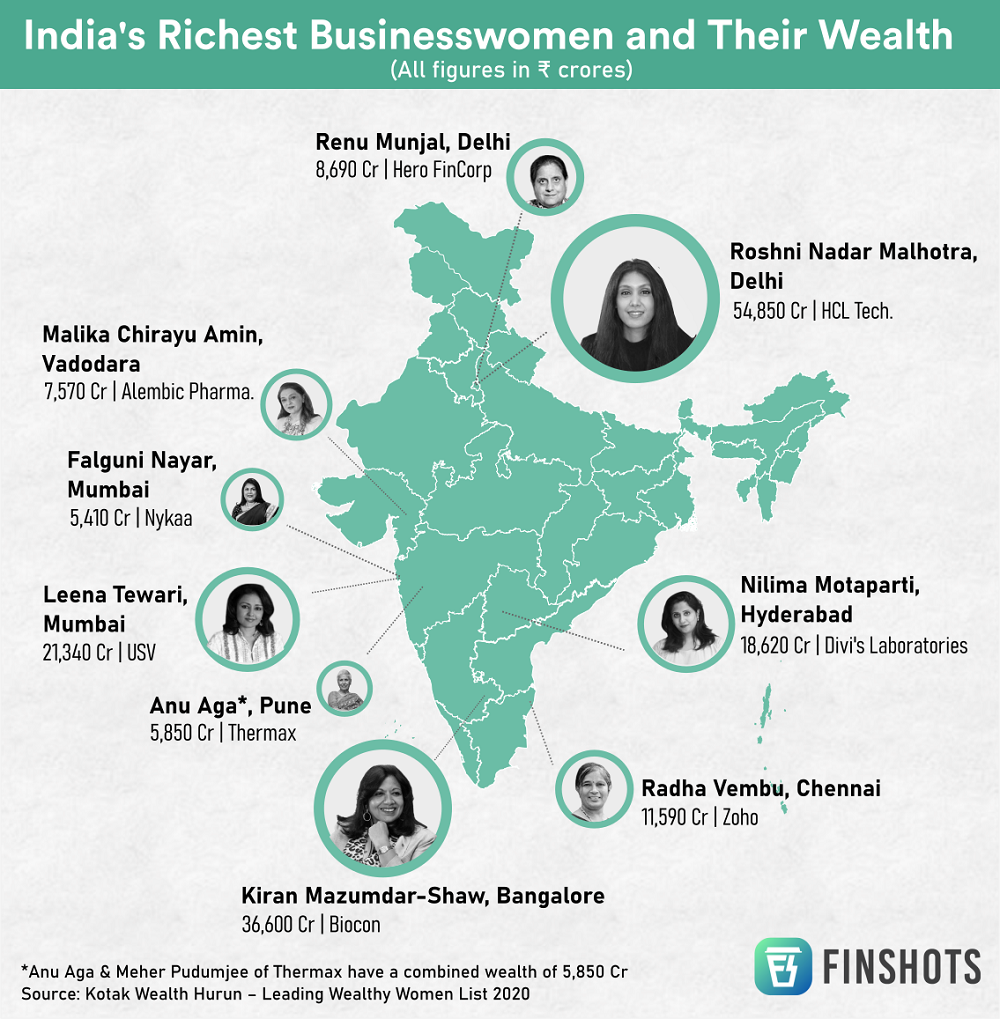 An infographic on India's richest businesswomen and their wealth.