In today’s Finshots, we explain why the Indian government is privatising opium processing

Back in 2019, farmers in Madhya Pradesh had to deal with a rather unprecedented challenge — Parrots.

Yes… Parrots. And they weren’t just any parrots. They were drug-addicted parrots — high on opium! Now if you’re wondering how a bunch of parrots came to access opium, well, here’s the twist. The farmers that complained of the parrot menace, actually grew opium on their land. And the parrots kept destroying the crop, not because they had a perchant for destruction, but they couldn’t stop getting enough of the opium.

The parrots were addicts and it was a massive problem back in the day.

But wait a minute…Isn’t opium an illicit drug?

Well, technically it is. The Narcotic Drugs and Psychotropic Substances Act of 1985 lists opium poppy and its many forms as contraband. But… it’s actually legal in select parts of Madhya Pradesh, Rajasthan and Uttar Pradesh. And while it’s strictly regulated, considering the addictive nature of the crop and all that, the Indian government does issue licenses to grow the crop. In fact, India is one of the few countries that still grows opium and the only country to legally produce opium gum. All in all, there are about 1 lakh farmers that still grow opium in the country.

But how did the government end up in the business of cultivating this narcotic, you ask?

Well, this regulatory anomaly actually dates back a few centuries. During the 16th century, the Mughal empire formalized the opium trade by strictly controlling the growth and sale of opium. They had a state monopoly on the crop. But as their power waned, private traders got in on the act. And by the time, the British came to India, they assumed control and started exporting Opium across the world — primarily to China. This gave rise to the Opium wars - a series of battles between the Qing dynasty of China and the British forces. Needless to say, the British won the two wars and furthered bolstered the Opium trade continuing to grow the product in India and shipping it to places like China.

This explains why India still had a flourishing opium business when we gained Independence in 1947. And instead of completely abandoning the crop, the Indian government simply took over and controlled production with an iron fist.

And no, they weren’t growing the crop to exploit its psychotropic features. The focus was on medicines. You see, the opium poppy plant produces something called alkaloids — a chemical compound that can help plants defend against herbivores. But the alkaloids also have a different use. It’s an important ingredient in the preparation of morphine, thebaine, and codeine. While morphine is one of the best-known pain relievers in the world —  used to treat debilitating pain from trauma and cancer, codeine is used in cough syrups.

So these licensed farmers cultivate, harvest, and sell their produce to the government at controlled prices. The government processes it at the Government Opium and Alkaloid Factories. And finally, the extracts are handed over to the pharma companies who then use the product in painkillers and syrups.

So all these years, the Indian government was largely responsible for making this happen. Pharma companies depended on the state for opium alkaloids.

But now, the Indian government wants to take a back seat. It wants to let the private sector jump in as well. And the first-ever private licence for processing opium (into alkaloids) has gone to Bajaj Healthcare.

But why the sudden change of heart?

For starters, there’s the pollution problem. You see, there are two opium processing plants, run entirely by the government. The one in Neemuch in Madhya Pradesh is over 85 years old. And the other one in Ghazipur, Uttar Pradesh is over 200 years old. Now you can imagine the state of such legacy plants, can’t you? They’re in desperate need of a tech upgrade. And they’re not exactly having the greatest impact on the environment.

Then there’s the issue with pricing. Farmers have been complaining about their compensation. They argue they are being paid a pittance for their crop while the going rate in the grey market continues to be at least 30–60 times higher. They want more parity.

Finally, there’s the matter of efficiency — specifically related to harvesting methods. In India, alkaloids are typically extracted using something called lancing. It’s a manual enterprise. Highly skilled farmers make incisions on the pods to draw out the gum. Even the Central Bureau of Narcotics (CBN) calls it a “precise art”. But it results in leakage. That is, farmers divert some of the output to smugglers in a bid to make more dough.

But other opium-growing countries like Australia have found a far better way to do this by using something called the concentrated poppy straw (CPS) extraction method. Instead of manually slicing the pods, the entire plant is sent to the processing unit for extraction. The end result is a higher alkaloid output.

And these problems haven't entirely gone unnoticed. Despite being the biggest producer of legal opium, we’ve had to import at least 30% of our Codeine needs in the past years and that’s not something we can brag about.

But let’s be clear that the entry of the private sector isn’t an overnight decision. The idea has been floating around for at least a decade now. And in the past few years, the government took it one step further and even conducted a few trial runs with private companies. They used seeds better suited for CPS methods and the results were quite promising.

So yeah, even though opium cultivation is still going to remain highly regulated, the government is hoping that the private sector will be able to replicate some of the success in the trials and improve alkaloid output.

PS: If you haven’t already, read the brilliant Sea of Poppies by Amitav Ghosh. It’s quite a captivating tale that will take you on a journey through India’s opium fields and the opium war in China.

About a couple months ago, a user came to us with a very interesting query. His uncle had been diagnosed with liver cirrhosis. And the insurance company wasn’t paying out the claim. He wanted our opinion on the matter and we had to break the bad news.

See most people believe health insurance companies will pay out claims for all health related matters. However, that is not true. There are exceptions to the rule. And one of the most prominent exception is the substance abuse clause. Almost every health insurance contract that we’ve seen so far has this clause printed in big bold letters — “The company will not be liable to pay for any medical condition arising due to substance abuse.”

So if you’ve been drinking all your life and you end up in the hospital, the insurance company can refuse to pay out the claim. However they can’t do it just because they feel like it. There are strict guidelines. In cases like cirrhosis, they’ll ask your doctor to produce a certificate stating that the disease isn’t due to alcohol abuse. If your doctor refuses to stump up this declaration, then they will likely deny the claim. In other cases the line may be a bit more blurry. Most people will tell you cirrhosis of the liver is usually a byproduct of alcoholism. But lung cancer isn’t always a byproduct of excessive smoking. You could have a thousand different reasons. In such cases, insurance companies may have a hard time proving their case.

So ultimately it depends on the situation. Unfortunately, it seemed the uncle from the example we quoted earlier was in fact an alcoholic. So things didn’t quite work out. But we have helped customers in other situations when their claim was refused based on suspect inference. This is why you need somebody like Ditto on your side. To always fight for the just cause. So if you’re buying insurance, make sure to check out Ditto yeah?

An infographic on moments that defined Satya Nadella. 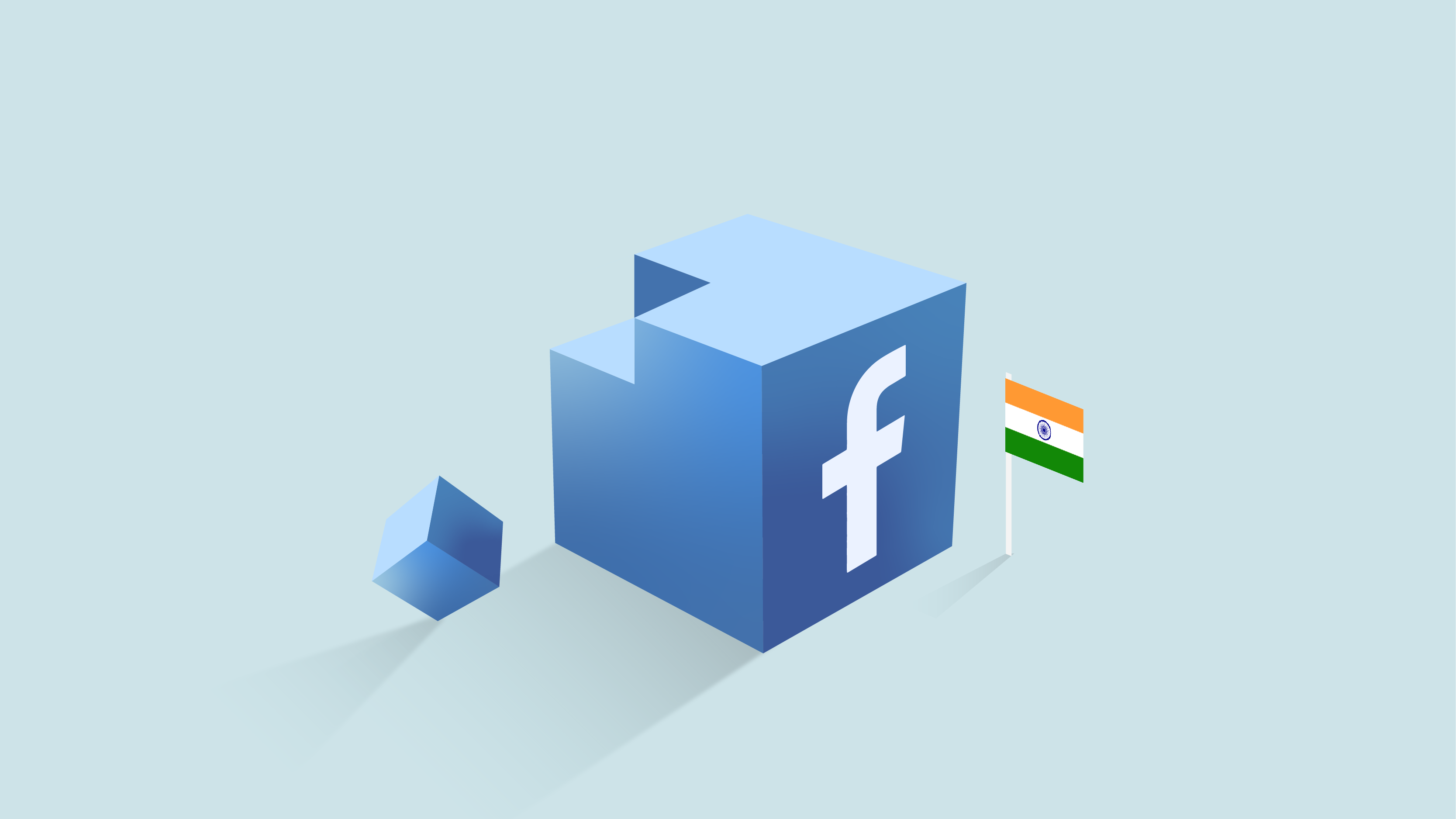 An explainer on why Facebook maybe struggling in India

Finshots
—
The opium high for India’s private sector
Share this