In today's Finshots, we will be talking about GDP. Sort of...

You wanted us to write about the contraction in GDP. But here’s the thing. We are not sure if we can add anything substantial beyond reiterating the same stuff we've been saying these past couple years- Income levels on the decline, investments sputtering, borrowing levels exploding each day and the pandemic of course.

The only thing we haven’t done yet perhaps? Zooming in and looking at sub-segments where the contraction is more pronounced i.e. which sectors were deeply affected these past few months and why were they affected so much?

So let’s start with the usual suspects — Construction.

Construction was the worst affected of course. Total value created in rupee terms (GVA- Gross Value Added) was down 50% compared to the quarter last year. This one shouldn’t be too surprising considering the sector suffered a triple whammy. First, you had the labour migration. As one report from KPMG notes —

“In the construction industry alone, migrant workers comprise a large part of the workforce and typically stay in labour colonies at construction sites. As per CREDAI, prior to the lockdown, there were around 20,000 ongoing projects across the country. The work was being undertaken in as many as 18,000 sites and more than 30 per cent of workers were staying away from sites due to the fear of coronavirus infection.

Together these projects involved a workforce of 8.5 million. The 40-day lockdown … led to reverse migration with workers leaving cities and going back to their villages. It is estimated that around 6 lakh workers walked on foot to villages, and around 10 lakh workers are in relief camps, who are employed across multiple sectors as per the Centre’s submission to petitions in the Supreme Court.”

Also, we haven’t yet considered the lockdown itself. Multiple state governments had imposed heavy restrictions on movement and outdoor activities. So clearly, there wasn’t going to be a lot of value addition.

Finally, developers also had to contend with cashflow problems. They had idle machinery, unused supplies and vacant facilities just lying around. They couldn’t use this stuff. But they had to keep paying their dues. This added financial burden meant many entities had to reevaluate entire projects even after the lockdown was lifted. Needless to say, this didn’t bode well for the industry.

The only thing offsetting the dismal performance from the construction sector was agriculture, courtesy of a bumper harvest last season. The sector clocked a growth rate of 3.4% despite GDP contraction. However, since agriculture doesn’t contribute a lot to the GDP in value terms, it’s effect was rather muted.

Meanwhile the biggest contributor to GDP, the services sector contracted by 20.7% — IT, Hotels, Restaurants, that sort of stuff. And since we have already talked about their plight rather extensively, we aren’t going to delve into that subject once again.

The only real surprise perhaps was the quantum of contraction (in GDP). Many experts believed we were going to see a decline in the range of 15–20%. But ~24% was maybe a bit too steep. Even people who had predicted higher contraction numbers (like former chief statistician Pronab Sen) believed that the NSO (National Statistic Office) might come up with a lower number (15–16 %) because corporate data would be used as a proxy for the informal sector.

Hopefully, it isn’t as bad as we are making it out to be and the economy rebounds soon.

Correction: In the previous version of this article, it was mentioned services sector contracted by 47%. When in fact, it only contracted by 20.7%. 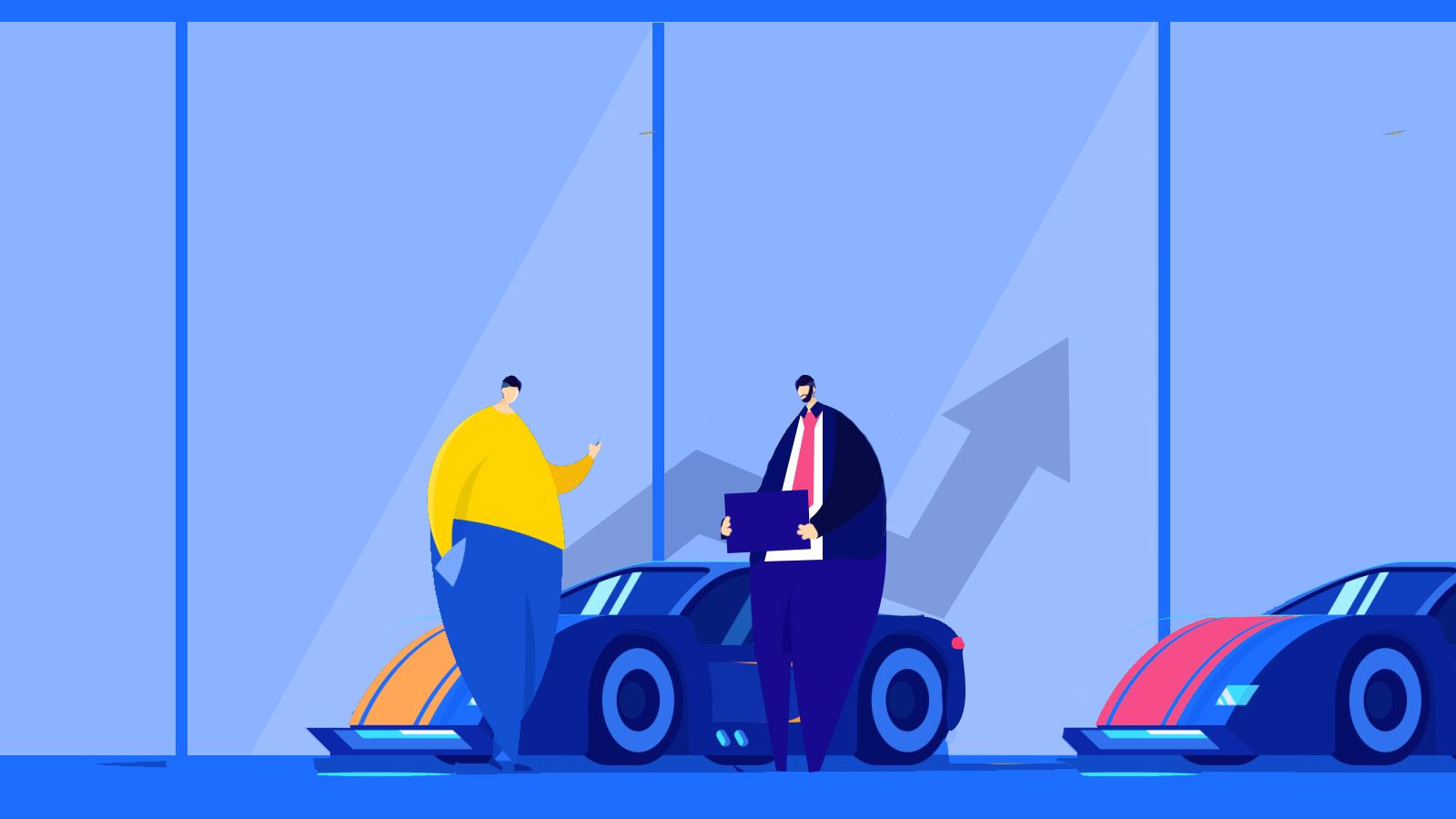 An explainer on a rebound in automobile sales and the AGR saga. 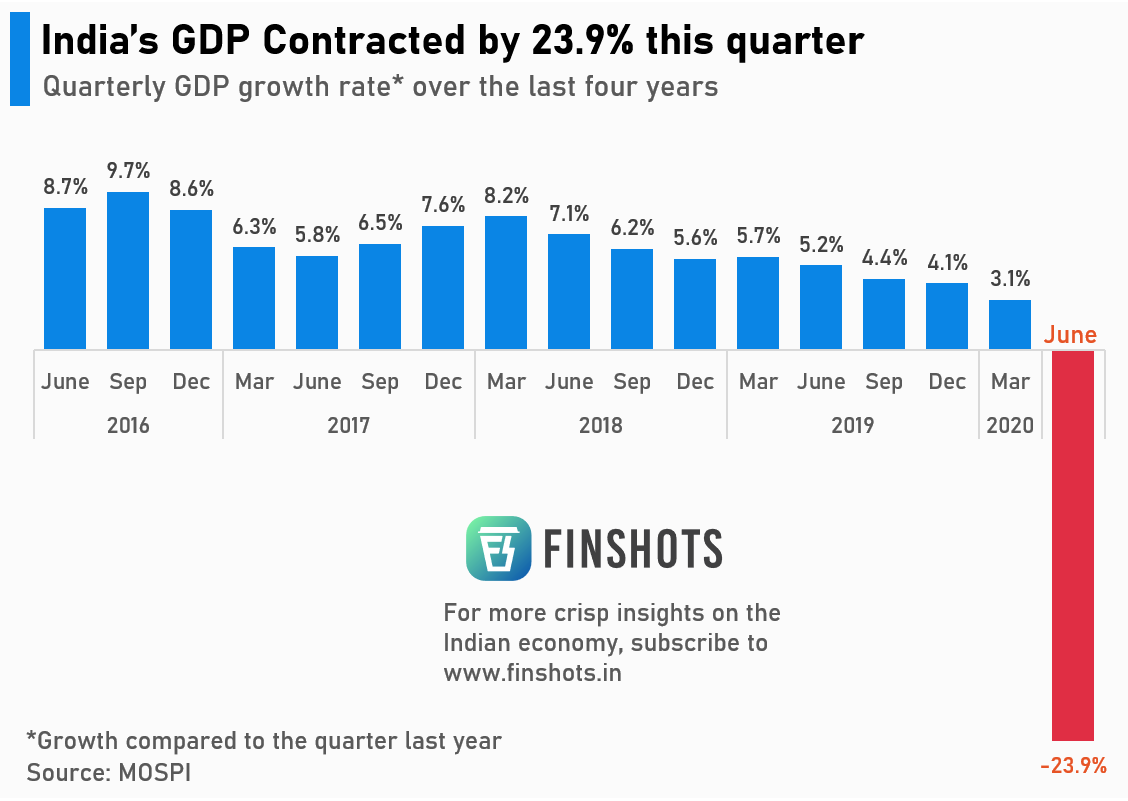