In today's newsletter, we talk about how RBI is trying to prop up the economy by resorting to some pretty unconventional methods.

The RBI has opened the floodgates. A system is now in place. It’s a 4 step program to fight the economic slump. And it’s the most beautiful thing you are likely to witness.

But first, the RBI must open the taps.

So here’s the thing. Banks are mandated to keep a small part of their deposits tucked away in order to meet withdrawal requests from depositors like you and me. And every fortnight, banks are supposed to prove to the RBI — that the average amount they set aside during this period amounts to about 4% of the total deposits they hold.

But what if they didn’t have to hold 4%. What if they could hold just 3%. That would mean, banks could use this sum to lend and create more loans. So the RBI cut the reserve requirement (called the Cash Reserve Ratio) by 1%. And all of a sudden, 1.37 lakh crore is now floating in the banking ecosystem.

That’s not all. Banks have another mandate. They are also expected to set aside 90% of the 4% cash reserve requirement on a daily basis. Not on a fortnight basis.

But what if they could get away with holding just 80% of the 4% requirement every day? That would offer banks more leeway to lend. So the RBI cuts the daily requirement from 90% to 80% and boom, the floodgates open once again.

And finally the last blow. Banks can park their money with the Reserve Bank and earn a nice little interest (of about 4.9%). So the RBI slashes the rate to 4% and suddenly banks have very little incentive to park their funds with the RBI.

And RBI is on a roll.

Now it's no secret that the RBI has been cutting interest rates in a bid to make loans more attractive to consumers and corporates alike. But nobody expected the RBI to cut interest rate by a whopping 0.75%. That is just unprecedented.

And right now, RBI’s lending rate (called the repo rate) stands at right about 4.4%. Meaning banks will have a field day borrowing at such low rates.

Commence Operation TLTRO (Targeted Long Term Repo Operation): The biggest bottleneck for the RBI right now is the broken transmission chain. Or as we like to call it — “The thing that happens when RBI cuts its interest rates, whilst banks look the other way and maintain the status quo with their own interest rates. All the while borrowing from the RBI at low-interest rates”

Now banks have a simple explanation for this mismatch. They claim that they borrow from the RBI on an overnight basis. And RBI’s interest rate is only applicable to these overnight loans. Unfortunately, most bank loans last many years (think house and car loans). And banks contest that they have to be more prudent when they cut rates alongside RBI, because who knows what could possibly transpire in 10 years, right?

So sometimes, it can so happen that no matter what RBI does with its overnight lending rates, long term bank rates remain stable. And this is a big problem. Especially when large corporates want to borrow at the cheapest rates available.

So the RBI pulls a rabbit out of its hat. It commences Long Term Repo Operation. Where it offers loans (of up to 1 lakh crores) at overnight rates (of 4.4%) with long repayment periods of up to 3 years. Ergo, long term loans at ridiculously low-interest rates.

Because once banks have access to these funds, they’ll be more likely to lend to their customers at lower rates as well. But the RBI doesn’t want to take any chances here. It wants to make sure corporates get to borrow at the cheapest rates available. So. It forces banks to use these funds to invest in corporate bonds (think of it as an indirect way of lending to big corporates).

And voila, the transmission problem has finally met its match.

Step 4: The EMIs can wait

And then, some breathing room for consumers. Yes, I am talking about the widely publicised EMI moratorium.

So when you get a home loan or an auto loan or a personal loan, you’re (most likely) expected to pay back in systematic installments every month. However, these are testing times. So, the RBI is walking in and asking banks to allow consumers to defer their EMI payments for 3 months. It’s not exactly a diktat from the RBI. It’s more like the RBI telling banks they could extend this benevolence to customers if they so wish.

However, do note that the interest on the loan will keep accruing during this time frame if you choose to defer the payments. And it is not a waiver. You will still be expected to pay in full after 3 months. So unless you are really suffering from cash flow issues, you shouldn’t be deferring the EMI.

All said and done the RBI is about to flood the financial ecosystem with so much money you can’t even imagine. But there is a dilemma here. The RBI knows for a fact that pushing all this excess money will have unintended consequences. Could it stoke inflation? It’s possible. Will this give banks and big businesses the impression that cheap loans are here to stay? It’s possible. Will it be hard to reverse the spending spree? Most likely.

In fact, in all my years of reporting on the RBI (1.2 years FYI), I’ve never seen such unanimous praise for the country’s central bank. And truth be told, I am tearing up a bit because it reminds me of a time when I called the RBI — the “Dark Knight” and got castigated from all corners.

My parents wanted to disown me. My neighbour called me a stooge. One twitter follower even asked me if I was being paid by the Reserve Bank to publish all this stuff.

But you know what. I stand by those words.

Because unlike a traditional ‘Knight in the Shining Armour’, the dark knight (aka the Batman) is no noble hero. Instead, he is a by-product of a city whose terrors and demons can only be fought by an equally ruthless adversary.

And maybe, just maybe, that’s what the Reserve Bank has been trying to do all these years. In a world rife with systemic flaws, we perhaps need institutions that can be ruthless and act in a manner that is both impartial and impervious to dark forces that may try to derail the growth story of this country. Maybe what we need is an institution that can acquiesce short-term gains, for a better future for our kids. Maybe what this country needs is a regulator that can stand up to the tall task of bailing this country at a time when an invisible virus wreaks havoc on the country’s financial ecosystem.

Maybe, just maybe, what this country needs is a Dark Knight, a silent guardian, a watchful protector.

So ladies and gentlemen, boys and girls. Let’s say it together. And let’s say it loud and clear.

All hail, the Reserve Bank of India

Point of Interest: That last bit about tearing up and my parents wanting to disown me is a slight exaggeration. So don’t quote me on that :)

If you know someone who should be reading about the RBI's war against the Global pandemic. Share this Finshot on WhatsApp, Twitter, and LinkedIn. 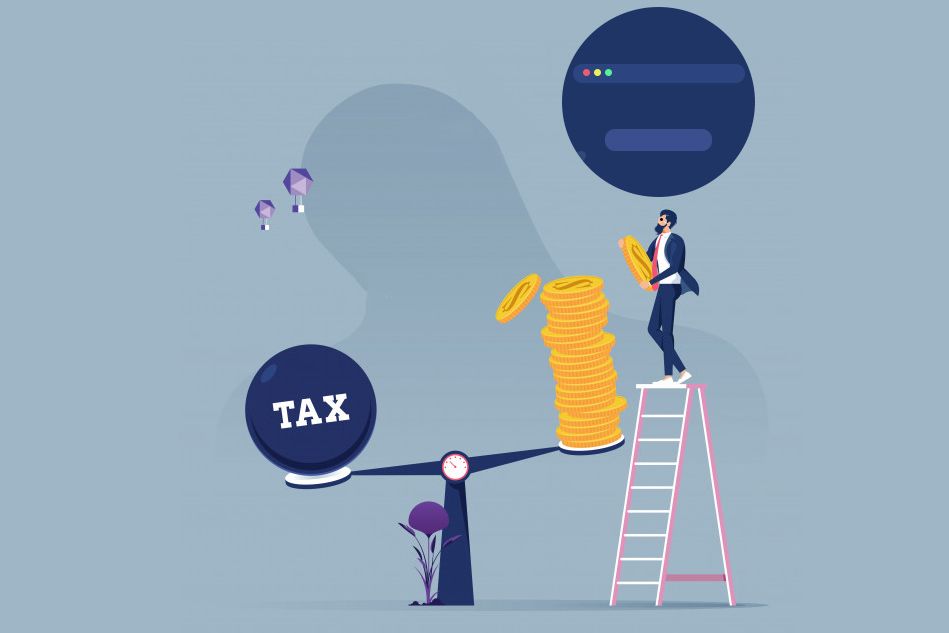 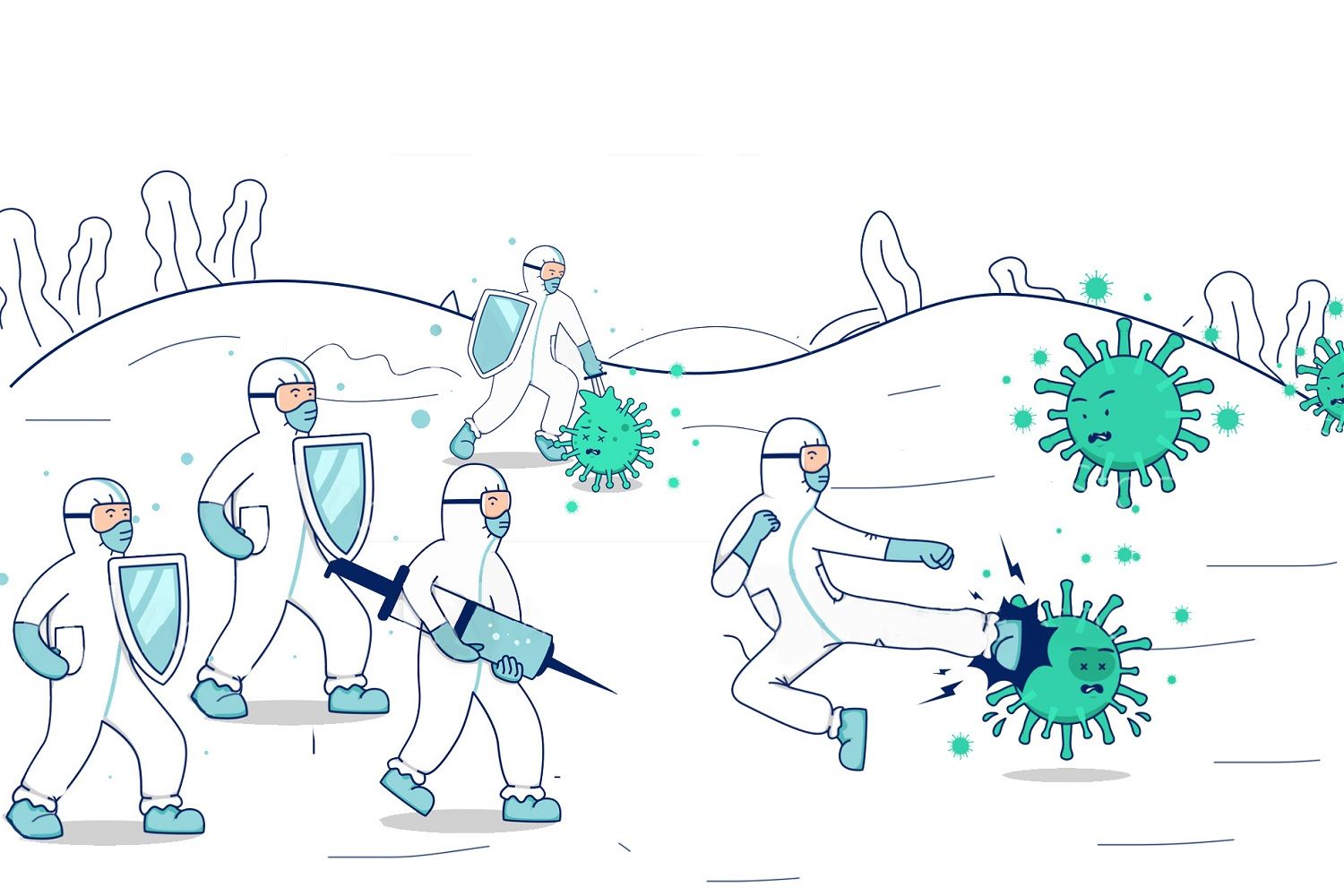 Why the economic scenario today resembles that of a wartime economy?