In today’s newsletter, we will be talking about why the RBI thinks the National Payments Corporation of India could use some competition.

Paying for stuff in India has never been easier. Need to pay your college fee? No need to rush to a bank before they close for lunch. IMPS lets you make transactions in real-time 24/7. Need to pay your electricity bill before your house plunges into darkness? Bharat BillPay takes care of that bit. No change at a toll booth? Worry not, you can simply pay electronically through FASTag. Want to get a cutting chai but forget your wallet back home? Don’t worry, the tea-stall will probably have a UPI code. Just scan and pay; you are all set to go.

And there are so many applications that facilitate these transactions. There’s PhonePe, Google Pay, Amazon Pay, Paytm, Freecharge…the list is endless. But they all use payment infrastructure built by a special someone — the National Payments Corporation of India (NPCI).

Until 2008, this was RBI’s job. They managed payment and settlement systems all over the country. But then, it became evident that the age of digital payments was upon us. The sheer volume of online transactions pushed RBI to the brink because you know, they also do other stuff — like keeping banks in line, monitoring inflation, printing money, etc.  So they went to a bunch of banks and said — hey, you guys should get together and create some sort of an umbrella organization that can manage all these transactions. You can also develop systems that make it easier for consumers to pay for stuff. Won’t that be fun?

Lo and behold, the NPCI was born. It’s a not-for-profit organization responsible for operating retail payments and settlement systems in India and is now run by a consortium of 10 banks.

And boy did they do a great job of making payments seamless across the board. They built new infrastructure, tested it, implemented it, evangelized the idea and marketed it well. And the total volume of digital transactions in India soared.

Eventually, NPCI transformed into a goliath with no competition. In a policy paper released in January, the Reserve Bank noted that India has 89 payment system operators, but NPCI is the only entity that’s building the underlying infrastructure. And obviously, this raises a few concerns. Particularly on the concentration of power and responsibility.

Think about it. Entrusting the entire country’s payment infrastructure to one entity is risky. Especially when it's not even run by the Government. What if some internal systems fail and there’s no backup? What if the banks running it have other interests? What if it gets complacent and stops focusing on innovation?

Bottom line is, monopolies are only good for the monopolists. And in a country where consumers are already sceptical of large corporates, you can’t afford to take any chances here, even if it’s a not for profit.

And so, RBI recently announced that it is now seeking applications for a new entity to compete with NPCI. This new umbrella entity will be tasked with setting up and operating new payment systems in the retail space. And they can have a profit motive. Ergo, private players are welcome to apply. But how would this new entity compete with NPCI?

One way is they start building entirely new payments systems that can then be applied to ATMs, point-of-sale devices, etc. If they do a better job than the infrastructure/systems NPCI has in place (for instance, fewer failures) merchants and payment operators will (maybe) eventually switch. Another possibility is to simply replicate what NPCI is doing. Just do it better or price it better or market it better? That should get NPCI on its toes.

Either way, no matter how you look at it. This is a step in the right direction. And hopefully, competition in the digital payments space will add more value to Indian consumers in the coming years. 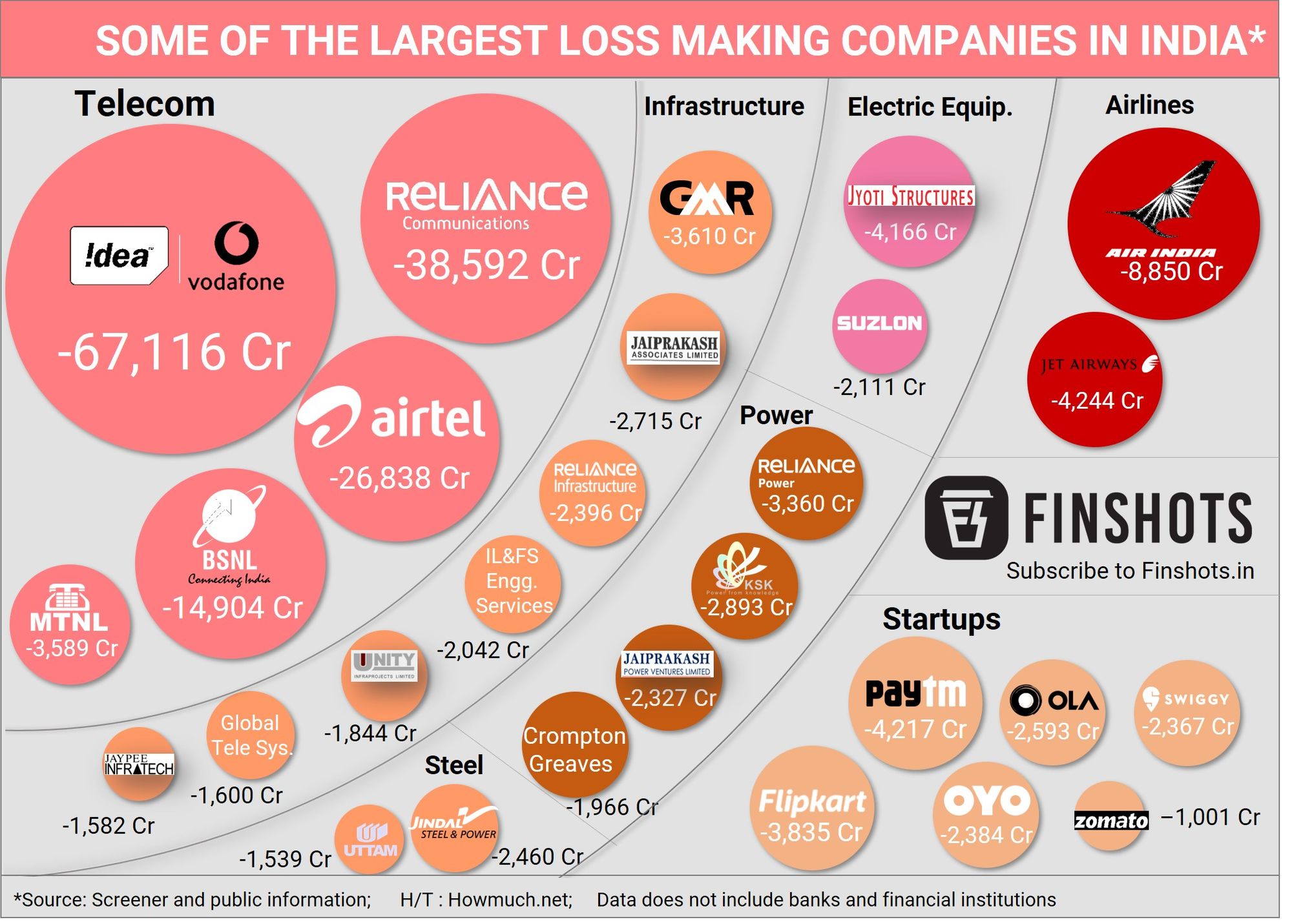 Some of the largest loss-making companies in India 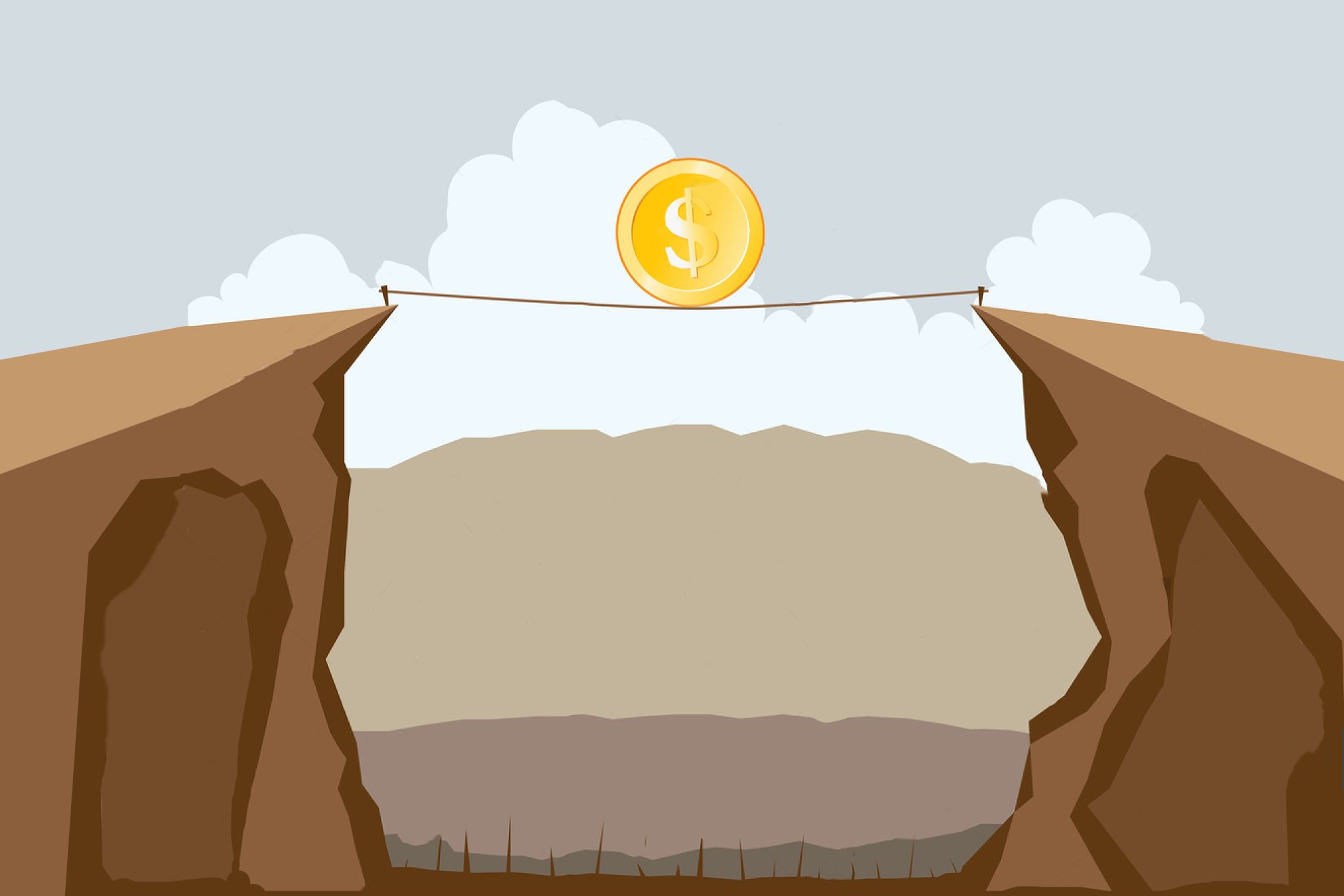 We will talk about Disney+Hotstar, taxation of ESOPs, Tata group bidding for Air India, A hedge fund that bet on an Oscar movie and the rise and fall of Videocon

Finshots
—
Things are heating up for NPCI
Share this