In today’s newsletter, we talk about Moody’s new rating outlook for India and the rationale behind putting us there.

A couple of days back, Moody’s (a reputed rating agency) changed its outlook for India’s sovereign rating (Baa2) from stable to negative, saying that the domestic economic downturn could be structural. It also added — “If nominal GDP growth does not return to high rates, Moody’s expects that the government will face very significant constraints in narrowing the general government budget deficit and preventing a rise in the debt burden,”

You see when private investments and consumer spending is mellow, the government has to step up in a massive way. We are talking about spending big money and making sizeable investments that can kickstart the growth engine of this country. But to be able to do all this the government needs a big kitty, flush with cash. Unfortunately during times of economic distress, the government’s earnings might not necessarily stack up to its spending ambitions.

Think, tax collections. Time and again GST collections have failed to live up to expectations. While this could partly be attributed to the haphazard implementation, you could also pin some of the blame on the general economic scenario. The idea is simple. Tax collections will be booming if private enterprise & consumption does well. And since the economy is in distress, tax collections have followed suit.

So how does one boost spending?

Well, you could ask the RBI to simply print more money. After all, it’s in the country’s best interests. Once this money makes its way into the hands of Indian consumers, they’ll be sure to spend it on stuff they don’t need and revive the country’s growth engine. It’s a fool proof plan.

While this sounds like an excellent proposition, it's not. Printing money without ever producing more goods and services does not do much. It only makes things more expensive i.e. it stokes inflation. And the RBI does not promote growth by risking stability. So the only other alternative for the government to boost spending is to borrow more money.

Now the government has already stated that fiscal deficit (read as total money spent by borrowing) stood at 3.4% of the country’s GDP? So why is Moody’s so worried about government debt?

Well, to answer that, we must look at NHAI.

NHAI is the National Highways Authority of India. Their job is to build and maintain roads. But building and maintaining roads is an expensive affair. Granted, the government offers budgetary support and finances NHAI's many operations but sometimes you can run out of cash. It happens to the best of us and NHAI is no exception.

And so, on occasion, they go out and borrow money from other investors. But the thing about borrowing is that you are expected to pay it back, with interest. And here’s where things take a rather interesting turn.

NHAI has no income to speak of. It is simply an executioner. The money it makes is promptly ploughed back to the government. And so, one would be inclined to think that the money it borrows is also government borrowing. Think about it. If you loan out money to NHAI and they fail to meet their interest obligations, you can’t go out there and start seizing roads and highways. Your only recourse is the government. So effectively NHAI's borrowings = Government’s borrowings. However, it isn’t classified as such. And that makes all the difference.

Because when the government says that the fiscal deficit is under control, they’re not including all this extra debt on the side. But then if you include borrowings of this kind from all other government-owned entities like NHAI, the Food Corporation of India (FCI) and many others, fiscal deficit shoots up to a whopping 5.8%.

So government debt is rising and that's a big problem. For one, it crowds out private investment There’s only so much cash in the system and if the government keeps borrowing large sums, it gets more expensive for other corporates to do the same. So investments on that end will likely suffer. The other issue is that borrowing today is much like borrowing from your future self. In the event you can’t support it with future income, you’ll run into trouble eventually. That’s what Moody’s was trying to say. Unless the country’s GDP increases disproportionately, the government will be in a spot of bother. And this is bad for everyone involved. Including you and me.

And now you know why.

Correction
In an earlier version of the article, we wrote that Moody had downgraded India's rating. However this wasn't a ratings downgrade. Instead a change in outlook. The error is regretted

How will the incumbents (the likes of Netflix, HBO Go, and Prime Video) fare? Who will succeed? Who will perish? What is the End Game? 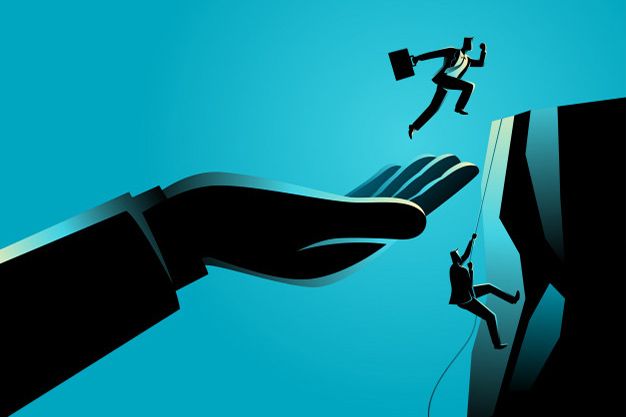 In this week's wrapup, we talk about the Saudi Aramco IPO, Yes bank, RCEP agreement, and why our real estate industry needs rescuing

Finshots
—
It just got a little Moody in here
Share this