In 2021, the town of Tiruppur in Tamil Nadu exported ₹30,000 crores worth of textile products. In 1985, it exported a mere ₹15 crores. In short, Tiruppur’s textile sector has grown by a staggering 23% annually every year for the past 37 years!

In fact, this growth story is so astounding that they now contribute over 50% of India’s textile exports.

And this got the government thinking — Could it replicate Tiruppur’s success in other parts of India?

So a year ago, the government decided to do something drastic. It announced plans to set up 7 mega textile parks across the country. Think huge factories encapsulating the entire garment value chain — from spinning yarn, weaving, dyeing, printing and manufacturing the final product.

All in one place.

The government called it the Mega Integrated Textile Region and Apparel scheme (MITRA) and promised to set aside nearly ₹4,445 crores to get this moving. It invited states to apply for the scheme. And it is now in the final stages of zeroing in on the first few beneficiaries.

But wait — Why is the government so keen on setting up mega parks for textiles, you ask?

For starters, textiles matter. It contributes about 2% to the country’s GDP. And as an industry, it is the second largest employer in the country — right after agriculture. And growing the textile industry could help solve the employment problem plaguing the country to some extent.

But there’s also the fact that India has lost its sheen when it comes to garment exports. Just a decade ago, India was the second largest exporter in the world. Now, our share of exports has fallen from 6% in FY10 to 4.2% in FY21. We’ve dropped in the rankings and we’re at the sixth spot in the list of top garment exporters.

So these mega textile parks are envisioned as a way for India to regain its former glory.

But will it help?

To understand that, we first need to understand what went wrong with India’s textile industry.

And there’s really no better way to do it than to compare ourselves with our neighbour, Bangladesh. See, over the past decade, countries like Bangladesh have raced ahead in garment manufacturing. And they’ve done this primarily due to a lower cost structure. Look at labour, for instance. A couple of years ago, a report showed that the average monthly wage for a worker in India’s garment factories stood at ₹10,000, while Bangladeshi workers only earned half that sum. This is an exploitative practice but it also means that apparel companies would much rather ship textile products from Bangladesh as opposed to India.

But it’s not just about the cost structure. We lack on the productivity front as well. Indian workers produced 10–12 pieces of garments per shift, workers in Bangladesh delivered nearly 20 pieces.

Then you add other overheads. Power tariffs in India are 30–40% higher than that in Bangladesh. This also feeds into the final cost that garment manufacturers quote. There’s also the cost of freight. For instance, this is how the typical textile value chain in India works. You have cotton that’s primarily grown in Gujarat and Maharashtra, which is then sent to Tamil Nadu. Here, the cotton is spun and shipped back to processing units in Rajasthan. And then the processed fabric makes its way to factories in NCR, Bengaluru, and Kolkata. And finally, export-ready products are packed and dispatched to the ports in Mumbai and Kandla. It’s like an India tour with cotton crisscrossing every part of the country.

All this adds to the cost.

And that’s why the government wants to set up the entire value chain in one place. Beyond this, they also want to extend benefits that could potentially reduce factory overhead. For instance, the central government wants states to commit to a power tariff with the rates locked in for 15 years. This way manufacturers can plan their operations better.

But the government also knows that this alone won’t suffice.

You see, the UN has accorded Bangladesh the status of a Least Developed Country (LDC). This means they get preferential market access.

Take the European Union as an example. They have something called the Everything But Arms (EBA) scheme. This program extends duty-free access to LDCs like Bangladesh. That means Bangladesh can export apparel to the European Union without paying any tariffs. On the other hand, Indian exporters face a tariff of nearly 10%.

And you can imagine how beneficial this is.

However, by 2026, Bangladesh is all set to graduate from its LDC status. It’ll be classified as a “developing country”. With that, it will lose its preferential access to the EU and probably even other regions. It won’t have free access anymore.

And maybe India can capitalise on that when it happens.

We’re already working hard to sign Free Trade Agreements (FTAs) with the EU, Australia, UK, Canada, and other countries to give our textile industry unfettered access to these markets. And maybe the economies of scale that these Mega Textiles Parks can bring will finally give a boost that the sector so badly needs.

We’ll just have to wait and see whether India can regain its former glory in textiles again.

Ditto Insights: Why most Indians don’t have Term Insurance

According to a survey, only 3 in 10 urban Indians buy term insurance. Here’s why -

But here’s the truth bomb — term insurance is one of the least expensive ways to insure your life. And if purchased early, you get to lock lower premiums forever.

That’s not all, there is always the tax-saving angle to premiums paid. Pretty cheap from a bird’s eye view.

7 in 10 Indians believe that the ‘return on premium’ option in term plans is the most important feature of their policy. But such plans often come with high premiums.

What’s more, if you invest the premium difference between the regular term plan & a TROP in better financial instruments, you stand to gain a lot more money than what you’ll get when the policy expires.

In another study, they found that 57% of term plan holders are not aware of the sum assured on their own policy. Shocking, no?

So the ones who buy a plan, don’t know much about their own policy, and others avoid buying one altogether due to the complexities involved.

Which is precisely why we have a dedicated term insurance explainer unravelling all the mysterious clauses & conditions in a term plan. 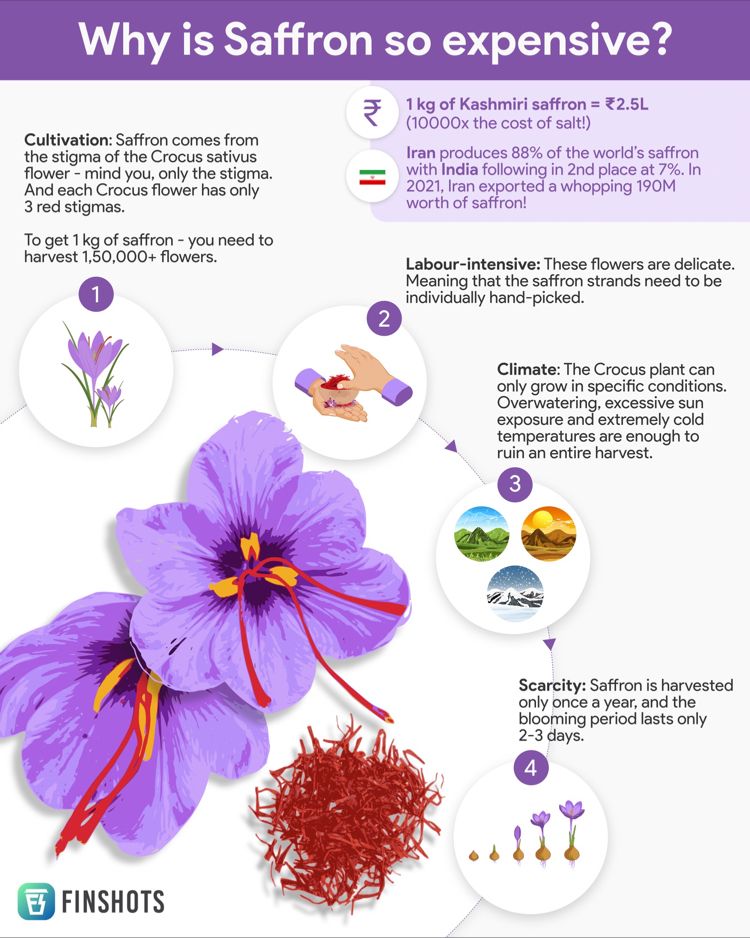 A breakdown of the whole process of Saffron production! 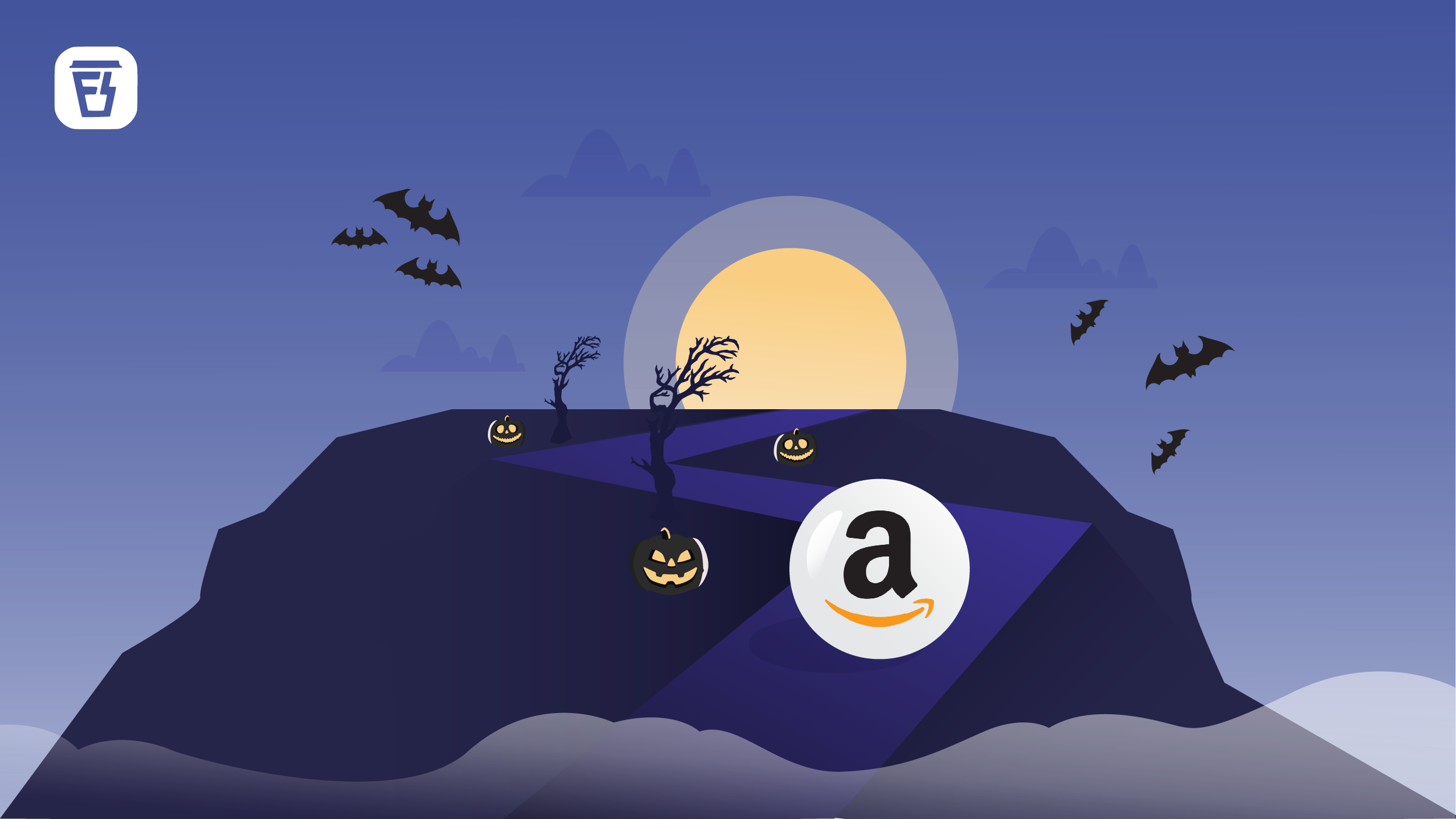 An explainer on Amazon's faltering ambitions