In today's newsletter, we talk about China and the growing consensus that the country's manufacturing prowess is now on a decline.

When Coronavirus forced China to halt industrial production, it sent shockwaves across the world. Multiple businesses went bust, supply chains were cracked open, and industries including automobiles, electronics, pharmaceuticals, and medicines were all severely impaired.

In the meantime, countries across the world who had outsourced production to the Red Dragon had to come to terms with a new harsh reality.

You can’t always count on China and perhaps its time to move your manufacturing units somewhere else.

However, do bear in mind that this isn’t exactly a new development. The exodus has been underway for a while now. Nike’s supplier moved out of China in 2016. Apple and Foxconn began churning out iPhones in India last year. Clothes, toys, and cardboard are now being increasingly manufactured in countries like Bangladesh and Myanmar. And China no longer has a monopoly on production.

Most people attribute this to rising labour costs. After all, socio-economic conditions have improved vastly since the turn of Millennium. People in China no longer want to work in sweatshops. They want to work at Alibaba. And as a result, blue-collar work is slowly losing its sheen.

In fact, between 2016 and 2020, manufacturing wages rose from $5 an hour to $6.5 per hour and countries like Vietnam are crushing China on this front.

For the past 3 decades, China has grown exponentially on the back of a manufacturing revolution buoyed by a supply of cheap loans, cheap labour, and easy access to raw materials. Toxic factories mushroomed across the country burning dirty fuel, most notably coal; turning the blue skies of northern China into a dark cesspool of carbon and sulphur dioxide. The accompanying economic boom also resulted in a surge of motorized vehicles, further deteriorating air quality. Pollution masks became a staple among Chinese citizens and by some estimates, over a million people were expected to die prematurely.

By 2015, the collective call for action was so intense, that the Chinese top brass had to sit up and take notice. Within just one year, China saw widespread closures of polluting factories and large fines were imposed on other non-compliant actors. The state also began working on getting its industries future-ready by mandating companies to adhere to strict emission standards using modern eco-friendly technology.

And all these costs add up. Meaning it’s been evident for a while now that producing in China is no longer cost-effective. So you shouldn’t be surprised to see some manufacturers shift base forever.

But China didn’t turn into the world’s manufacturing hub by playing the cost game alone. For years, they’ve been nurturing their business ecosystem and prioritising operational efficiencies above all else. We are talking about large industrial hubs with a network of suppliers, distributors, manufacturers, and regulators all tightly integrated into one seamless mega entity.

China’s Sock City is one such manufacturing cluster. Located in Datang in the city of Zhuji in Zhejiang Province, it produces 30% of the world’s socks. You will find all factories related to this industry concentrated in this cluster — from sock machines to threads. There are similar clusters for factories manufacturing injection molds in Zhejiang, Jiangsu, and Guangdong provinces

In addition, they also have an excellent export infrastructure, great transportation systems, a low taxation regime (on exported goods), and a currency that is often artificially devalued to make exports cost-competitive.

But more importantly, you have to remember that supply chains are not built overnight. Establishing a network of suppliers, creating industrial capacity and ensuring quality at low cost is no easy feat. It takes time, and it takes a lot of know-how. And it’s not like you can move manufacturing units and set up a new one somewhere else without spending a fortune.

So despite what anyone says, China isn’t going anywhere. At least, not anytime soon. 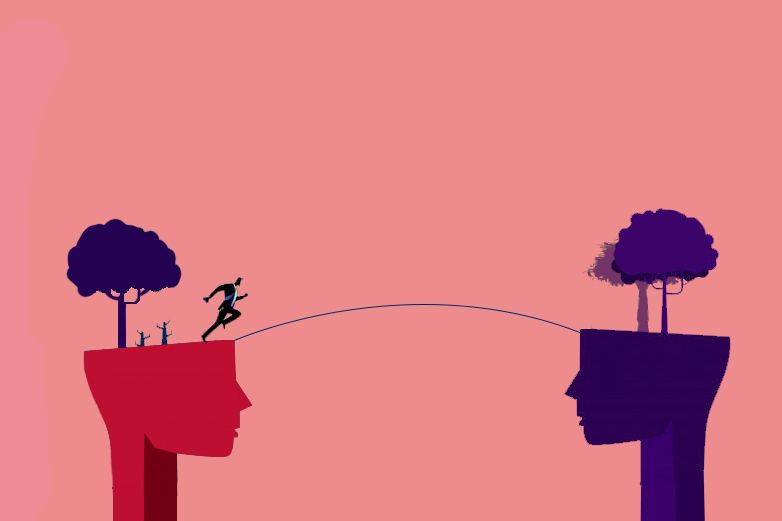 A Finshots Infographic breaking down state-wise contribution to the country's GDP.