Okay, before we dive into today’s newsletter, we have a very important update. Finshots is now on YouTube. It’s very new, it’s very raw and we will most certainly improve as we keep pushing out more content. But we are very excited to share this development with you people. Hopefully, you will offer the channel the same kind of love and support you’ve offered our newsletter. Here’s a sample video to get you started. And don’t forget to like, share, and subscribe. We will be doing a lot more things here. So stay tuned.

And on that note, back to the daily newsletter. Today we are talking about unemployment. More specifically — how different countries have approached this problem and the kind of trade-offs they’ve had to make in the process. Hopefully, we can borrow a few lessons?

It’s no secret anymore. COVID has crippled the job market and governments across the world have been scurrying to protect their people. However, it doesn’t seem as if there’s consensus on how best to tackle mass unemployment. Consider the controversial approach adopted by the United States — Policymakers in the US have chosen to let companies fire their employees at will. However, they’ve chosen to protect these out-of-work employees by supplementing traditional unemployment benefits with special grants.

Most European countries, on the other hand, have taken a very different approach. As Bloomberg writes — “Countries from Germany and France to Italy and the U.K. have generous furlough schemes, where governments are subsidizing workers for the hours they’re not employed.” Meaning these countries have chosen to bear a part of the wage bill in a bid to keep most employees on payroll.

And this more benevolent approach has drawn considerable praise. As an article in the Economist notes

The stratospheric surge of Americans seeking unemployment benefits contrasts with the situation in western Europe. Companies there are struggling just as hard but many are keeping workers on the books at reduced pay. That is a familiar story. In times of economic upheaval, European firms rely extensively on schemes in which the government picks up part of the wage bill, such as Germany’s Kurzarbeit, France’s chômage partiel and Italy’s cassa integrazione. Traditionally, America has shunned such feather-bedding. From frontier days its labour laws have given employers leave to cull jobs almost at will. Not for nothing did the country elect a president whose catchphrase was “You’re fired!”

And it does make sense. After all, if there’s a way to protect people from losing their jobs, it’s eminently desirable to keep it that way. It would prevent the catastrophic downward spiral triggered by a surge in unemployment and falling demand. And once the economy restarts, businesses won’t have to go through the long cost-intensive process of rehiring workers. It does look like a more reasonable approach.

But then there’s another consideration. What if Europeans are simply delaying the inevitable? What if this is another case of kicking the can down the road? Right now, there’s an incentive for most blue-collar workers to stay put since there’s income protection cushioning their finances. However, governments across Europe will have to scale back support soon enough. These income protection programs can’t last forever. In fact, many governments are opening up their economies in a bid to expedite recovery for precisely this reason.

Unfortunately, a swift recovery in demand isn’t a foregone conclusion. Many sectors including — transportation & storage, accommodation, food service, entertainment and construction will probably take a while to get back up to speed. However, these sectors have been particularly reliant on those job protection schemes. And once the government subsidies wither out, companies will be forced to lay off employees one way or another and that will exacerbate the unemployment crisis even further.

In effect, you could liken these jobs to zombies right now — alive but dead. Or at least soon to be dead.  And this is a problem.

As researchers from Allianz insurance note

As per our calculation, zombie employment would equate to 6% of total employment. Zombie jobs are more numerous in the UK as well as Italy and Spain — as these countries boast relatively larger shares of labor-intensive sectors such as construction, retail and accommodation & food service — and fewer in Germany. One of the issues policymakers will have to address is the risk that zombified jobs will see some workers stay in these sectors for income protection, instead of moving to “fast bloomer” sectors (such as health and IT) with better job opportunities in an asymmetric (prolonged) recovery. In this context, combining active labor market policies (up-skilling, intermediation) with wage subsidies is both urgent and important.

However, if you’ve already been laid off, you’re probably looking to upskill or switch jobs already — something that’s already happening in the US. More importantly, Europeans also have to contend with another problem — trade unions. Scaling back subsidies is no mean task. Ask Indian policymakers and they’ll tell you all about it. Right now governments are under immense pressure to keep extending the benefits program. I mean, look at what’s happening in Spain. The Spanish government’s income protection scheme was supposed to end in June. However, after intense negotiations with businesses and trade unions, the scheme was extended till Septemeber. And now it seems like the government is likely to persist with the program for the whole of 2020. As they say — “Offering subsidy is easy. Weaning people off of ’em can be extremely difficult”

Anyway, the bottom line is this — Despite what people keep saying, unemployment isn’t an easy nut to crack and now you know why.

An explainer on how the moneylender is back on the prowl once again. 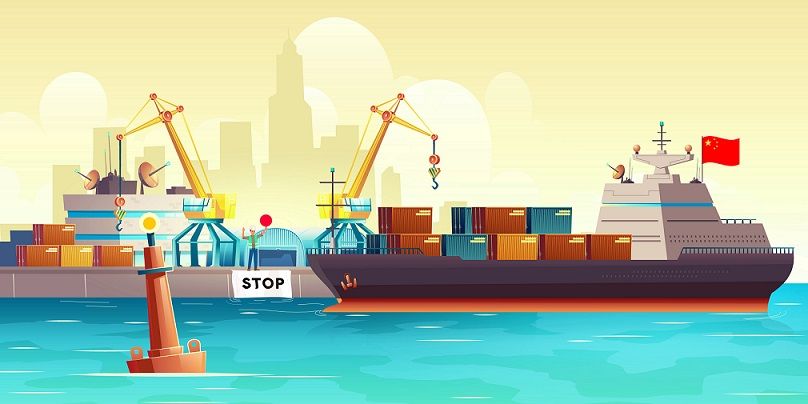 An explainer on why Chinese imports were blocked at Indian ports

Finshots
—
Unemployment Demons and how to fight them
Share this