In today's Finshots we discuss the menace of fake reviews.

Have you heard about “The Shed at Dulwich”?

Well, then let us give you a fascinating account of a story featured on Vice. In 2017, an English Author, Oobah Butler decided to try something funny. He had previously run a side hustle writing fake reviews on the popular travel company TripAdvisor and he had a brainwave. What if he could take the “fake reviews idea” and elevate it a step further? What if he could actually create a fake restaurant?

So he bought a burner phone (the disposable kind) and listed the address as an “appointment-only restaurant.” Meaning you couldn’t just walk in. You had to book the appointment. He set up a website, made a quirky menu (food items based on moods), took fake photos of dishes, and got people to write reviews that seemed genuine. He’d found a simple way around TripAdvisor’s sophisticated anti-scammer technology.

On day 1, the Shed was ranked 18,149 — the worst in London. But a couple of weeks later, The Shed went viral. Bookings poured in for this fake restaurant. And six months later, The Shed cracked the #1 spot.

A fake restaurant, with fake reviews, at #1 on one of the internet’s most popular and trusted travel websites. It was quite insane!

Anyway, TripAdvisor for its part argued that people rarely pulled a stunt such as this one, since there’s no real payoff. But fake reviews — That they didn’t take kindly to. And you can see why. This menace is everywhere— Amazon, Flipkart and even Zomato!!! According to the World Economic Forum, 4% of all online reviews could be fake and this alone gets people to spend (or waste) $152 billion every year.

Such is the menace that last week, Amazon sued admins of more than 11,000 Facebook groups that were set up for soliciting fake reviews.

Now if you’re wondering how this whole business works, here’s a quick preview. An enterprising individual has an amazing idea to make a quick buck. So he creates a group specifically to solicit people who could write fake reviews for restaurants and other similar service providers. Now imagine you’re looking to make a quick buck yourself. You try to join the group. The admin probably looks through your profile once, just to ensure that you’re not someone working in law enforcement and voila, you’re in! What you see then astounds you. Sellers are busy plying their wares and soliciting fake reviews. In return for your flowery plaudits, they promise to refund the amount you spent on buying their product and pay you a fee that could even top $100!

That’s a lot of money for just one measly review. But for the seller, these positive reviews might mean the world. If they get a critical mass, the higher visibility alone could help them break even on their investment. Fake reviews can boost sales by the millions. In one instance, Legacy Learning Systems Inc, a music learning company generated over $5 million in sales by splashing $250,000 on fake reviews across the web.

Now for platforms like Amazon (even TripAdvisor), fake reviews are a problem of gigantic proportions. You see, its business relies on network effects — if it has a significant user base that leaves genuine reviews, it helps others make the right choice. It creates trust and fosters a meaningful relationship between the third-party aggregator, the seller and the buyer. In fact, studies have pointed out that 76% of folks treat these online reviews as if they had just been made by a friend. Now imagine that they start thinking otherwise. It affects legitimate businesses too. It’s a problem that we have encountered multiple times during our existence here at Finshots.

Back in the day, Finshots was rated 4.9 on Google PlayStore. And despite racking thousands of reviews, we continued to be rated 4.9. Now people didn’t quite believe this figure. They thought we were gaming the system and we had to address this query over and over again. It was honestly disappointing.

And considering reviews influence a whopping $4 trillion worth of e-commerce spending, there’s a lot at stake here.

So, what’s Amazon doing to stop this menace?

Well, for starters, it’s suing the people involved, as we noted earlier. But they're not stopping at that. Amazon has been throwing money and people at the problem for a while now. Just in 2019, the e-commerce giant spent $500 million and hired more than 8,000 people to tackle fraud on the platform. But even then, it’s not been smooth sailing. It takes a long time before they manage to take down a fake review — an average of 100 days according to research conducted by Harvard Business Review.

Even Facebook has been doing its bit. It has systems in place to detect these fraudulent groups. But a simple workaround like masking the message with special characters — “R*fnd Aftr R*vew” (refund after review) can throw this detection system off its game.

They need to do more.

Especially considering governments are now taking notice. In April this year, the UK government proposed plans to make fake reviews illegal. And if this goes through, businesses could even be slapped with fines as heavy as 10% of their global turnover for misleading customers.

In India, the Department of Consumer Affairs (DoCA) met with various e-commerce entities in June along with consumer rights activists to figure out ways of dealing with fake reviews. If all goes to plan, we might soon have a framework that may alleviate the problem to a fair extent.

So yeah, we will just have to wait and see how things progress. But until then, let us know if you have any tips and tricks to avoid fake reviews. Tweet at us. We will retweet the most interesting comments on our handle.

Also, one last thing. Finshots isn’t the only product rated 4.9. Ditto is also rated 4.9 on Google reviews and we think that’s a darn good start, especially considering we are in the business of selling insurance — an industry that consistently gets a bad rep. So if you haven’t checked us out yet, don’t forget to click on the link here. You won’t regret it. 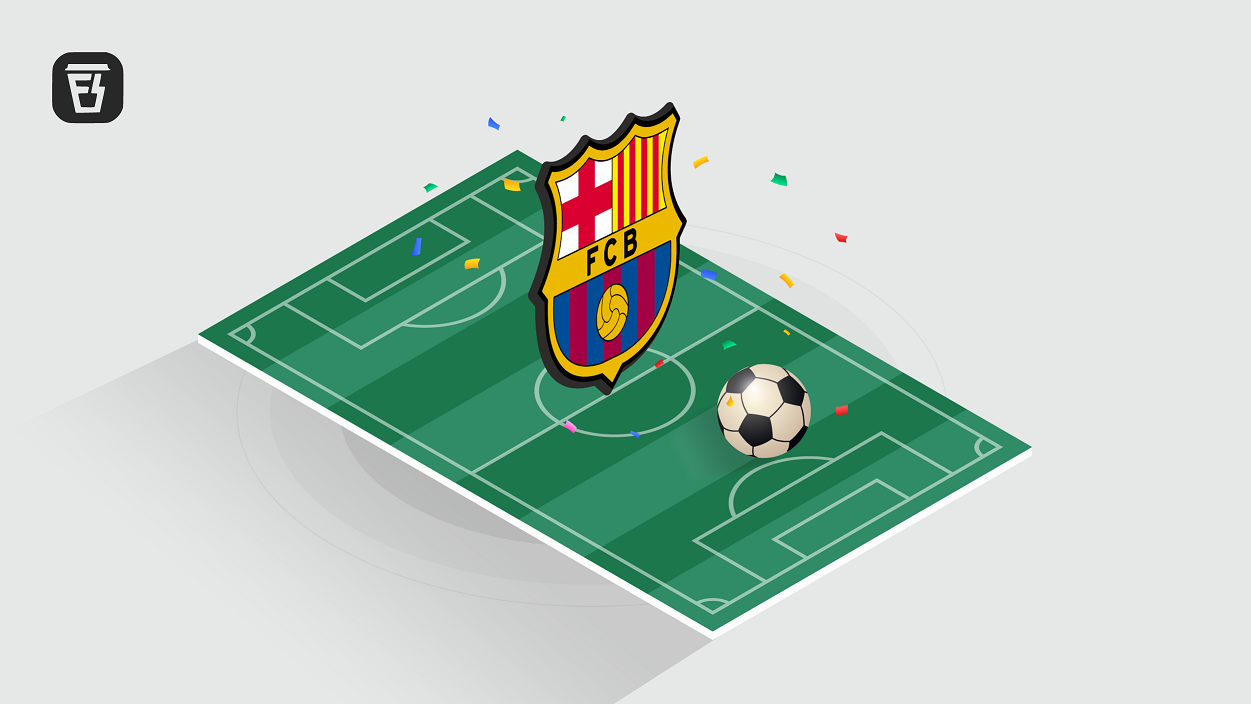 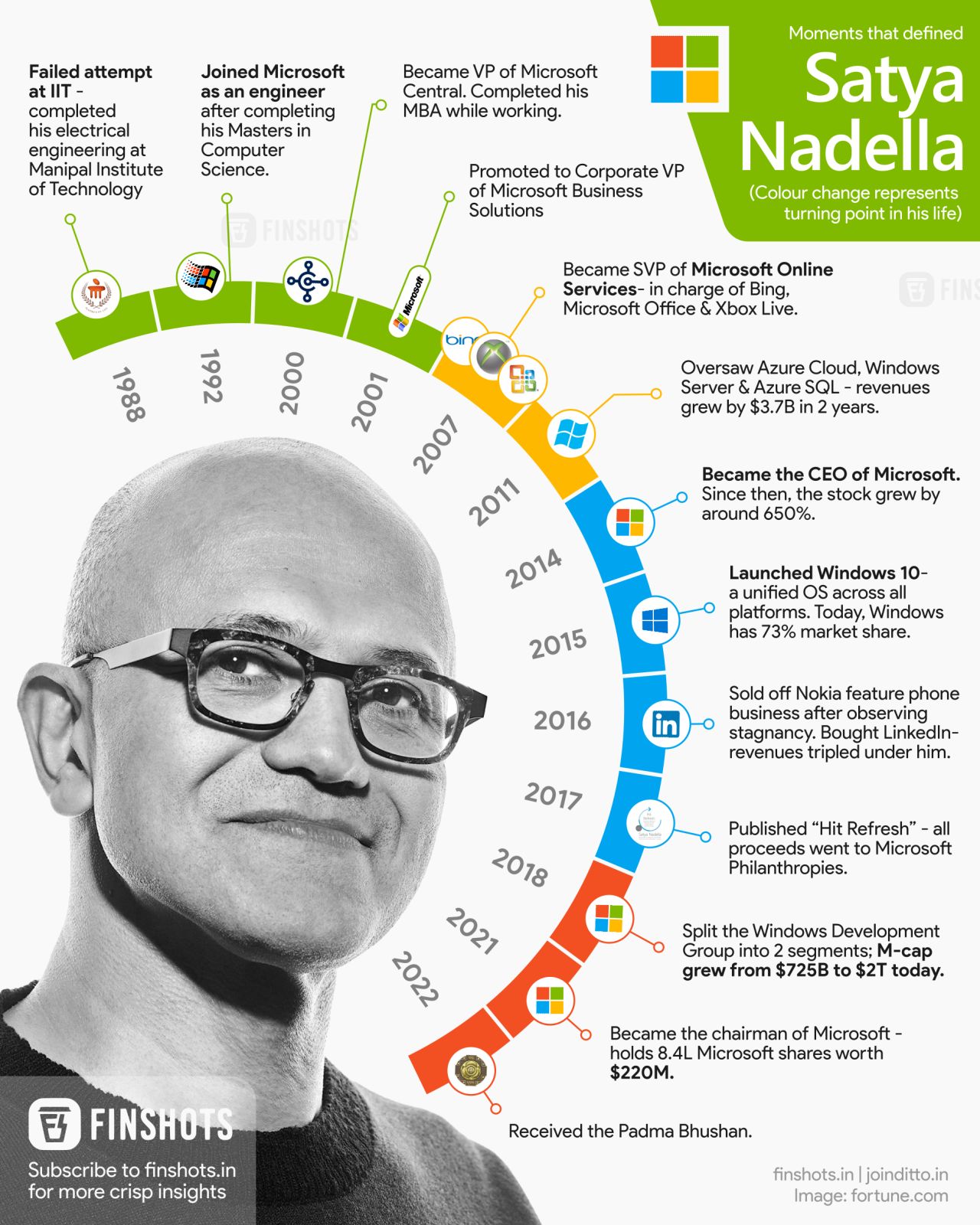 An infographic on moments that defined Satya Nadella.

Finshots
—
Fake reviews are a $152 billion problem
Share this