In today’s newsletter, we will talk about the Government’s resolve to double farmers’ wages by 2022–23, and whether they are likely to succeed.

During her Union Budget speech a few days ago, the Finance Minister allocated Rs. 1.54 lakh crores to the agriculture sector. She also reaffirmed the Government’s lofty ambition of wanting to double farmers’ incomes by 2022–23.

But here’s the thing. This promise isn’t a new one- Prime Minister Modi made it way back in 2016. The Government’s think tank Niti Aayog even prepared an action plan. So it's safe to presume that the government is hard at work here.

But how far have they really gotten?

Back when this intent was announced, farmer welfare didn’t really figure into agricultural development. All the Government wanted to do was attain food security, and all their subsidies and investments were targeted at pursuing this endeavour. But even as India became a “food surplus” country, producers remained in the throes of poverty. Agrarian distress was rampant. Farmers suicides were rising. The low and volatile nature of farm income was driving young cultivators away from farming altogether. And as farming contributes to over 18% of India’s GDP, that just wouldn’t do. So the government got to work.

Almost immediately, Niti Aayog released its estimations — for the Government to achieve its 2X income goal, farmers’ wages needed to grow 10.41% every year. And the government started looking at every possible avenue for growing income and started formulating policies around this new agenda.

And improving agricultural productivity was at the top of this wishlist. This makes sense. When farmers spend less money on producing agricultural goods, they have better sales margins. Ergo, higher income. The problem is that Indian agriculture is still hugely labour intensive, which means they waste a lot of time and money in doing work that machines could do more effectively. But farmers won’t make the investments in technology unless they can be sure of a steady income and through it a better return on investment. Clearly, some sort of guarantee would help. Maybe, if the government promises to buy their produce at a fixed price?

Enter, Minimum Support Price (MSP). This is the price at which the Government agrees to buy a farmer’s crops, in case nobody else does. The hope is that this puts the farmer’s mind at ease, enough for him to invest in farm assets that could boost productivity. By ensuring MSP on certain crops, the Government can also influence what farmers grow and possibly even get them to invest their time and money in high-value crops like sugarcane and fruits.

To this end, in the 2019–20 season, the government announced an increase in MSPs. However, the price being offered was still deemed inadequate for the farmers. So that didn’t exactly work out.

Another way to increase productivity is to make sure all this arable land is put to optimal use. India has two main harvest seasons: Kharif and Rabi. This allows you to grow two crops on the same piece of land in one year. But what if shorter duration crops could be grown on the same land between these seasons? Back in the old days, farmers couldn’t do this thanks to a lack of irrigation facilities. But the government is hellbent on fixing this.

In fact this budget, the FM announced that they are planning to implement reform measures at 100 water-stressed districts in India. And hopefully, this will go some way towards solving this problem.

The Government is also launching a program which enables farmers to set up solar plants on their barren lands and sell electricity to power grids. Not sure about the efficacy here but if things do work out, farmers will have access to an additional source of income. But again, not sure how they plan to implement this.

And most importantly, they are trying to remove inefficiencies in the supply chain to ensure farmers are entitled to a fair price. In 2016, the Government introduced the eNAM portal- an online agricultural market that facilitates trading between buyers and sellers regardless of where they are located. Unfortunately, states have been lagging behind in adopting it.

So all in all, despite all these supposed improvements, we are still far away from achieving Niti Aayog’s ambitious target of 10.41% real income growth, In fact, they have actually been growing at around 3%. That means we’d need about 15 per cent per growth in real incomes of farmers for the next three years in order to achieve the target.

And I am not sure I would like to bet on those kinds of odds.

Google just posted their results for the past financial year and here is how the behemoth makes its money. 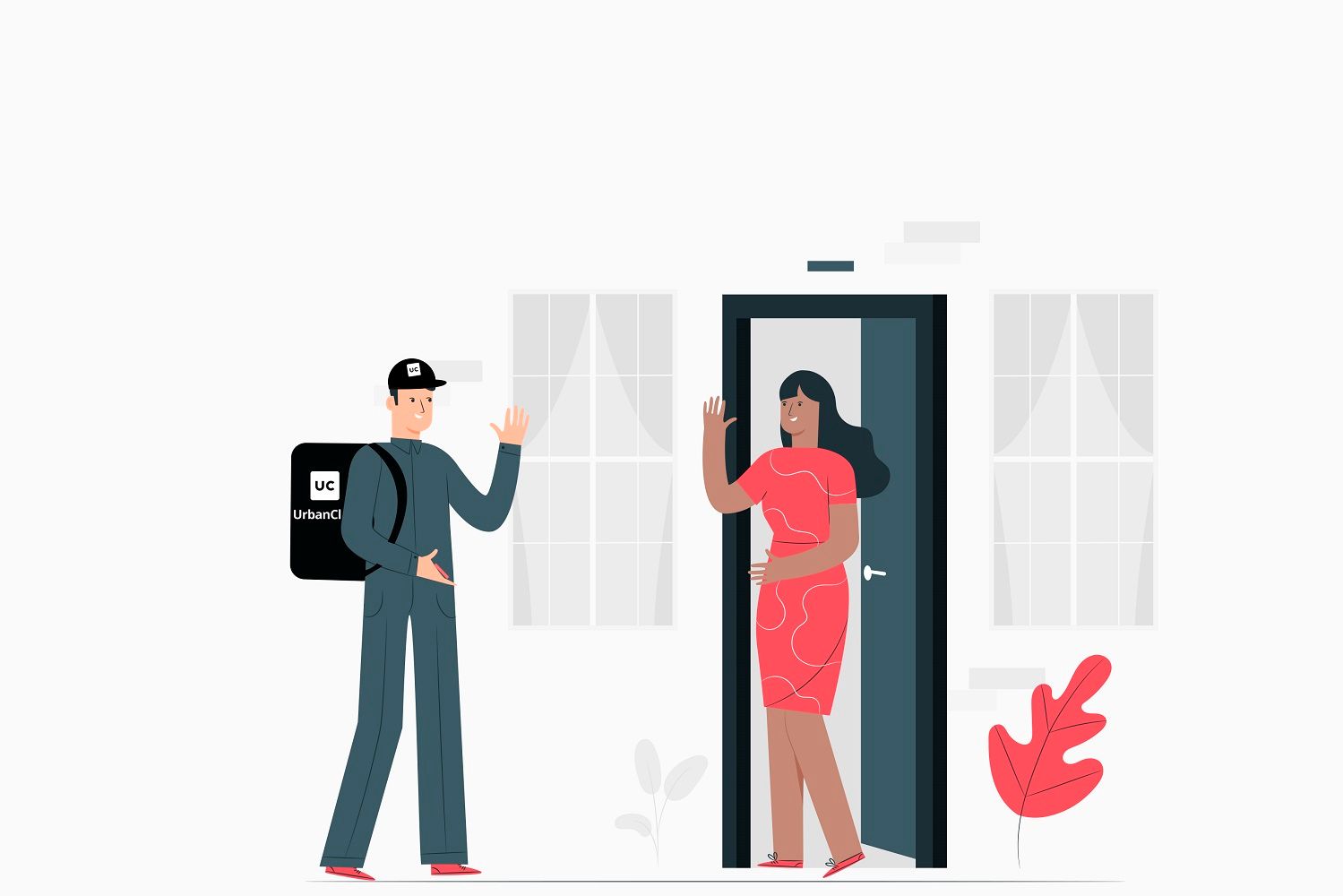 How did Urban Clap organize the gig economy? 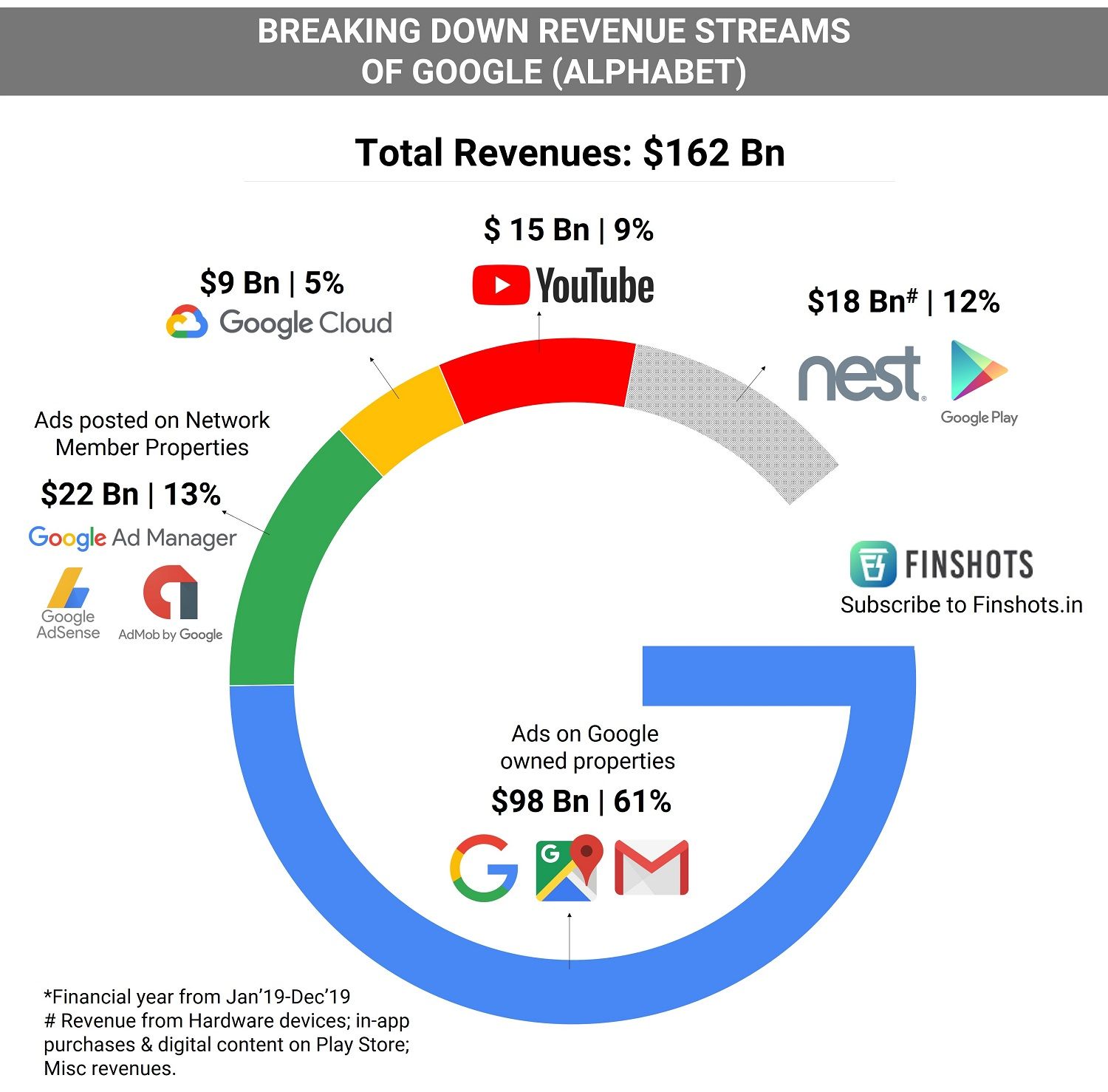