In today's Finshots we talk about Budweiser, Qatar, and non-alcoholic beer

If there is an award for the ‘Best Tweet of 2022”, it should definitely go to Budweiser!

On Friday, the alcoholic beverage manufacturer tweeted just 4 words — “Well, this is awkward…”. It quickly deleted it. But by then, the damage was done. Virality kicked in!

What on earth was going on, you ask?

Well, the good folks in Qatar, the country that’s hosting the 2022 FIFA World Cup, had woken up on the wrong side of the bed on Friday. And they made a grand announcement — “No alcohol in the football stadiums!”

Budweiser!!! The Anheuser-Busch InBev-owned company pays FIFA $75 million every 4 years just so that it’s front and centre at every Football World Cup. And its association dates back to 1986!

So yeah, awkward was definitely the right word.

Anyway, it doesn’t take a genius to guess why Qatar slapped the ban — It is an Arab country that frowns upon alcohol. But what makes it wild was that Qatar’s u-turn came just two days before the football world cup was set to kick off. Qatar had 12 long years to figure out whether it was ready for Budweiser’s alcohol, but it simply waited…and waited…before it dropped the bombshell.

Now, this could hurt 3 entities involved in the whole show.

For starters, there’s Qatar itself. You see, one of the reasons the country has spent a staggering $300 billion in the lead-up to the tournament is to tell everyone, “hey, we’re open for tourism and business. Come along and see what we have on offer.” But this about-face doesn’t send a very encouraging message to businesses who’re looking to deal with Qatar in the future, does it?

Companies might think twice about promises that the country makes. After all, 10 years ago, Qatar apparently told AB InBev that it had nothing to worry about. That alcohol would be allowed to flow freely during the world cup. Now we know that it was all just empty words.

Sure, not everyone looking to do business in Qatar is an alcohol manufacturer. But you can never predict how other businesses will react to Qatar’s decision. They may think twice about their investments.

Then there’s the headache for FIFA. Budweiser could quite easily sue FIFA for breach of contract. After all, a $75 million sponsorship is no joke.

But the bigger problem for FIFA is its portrayal as a toothless organization. That it actually doesn’t have control over an event that it conducts. How will that impact it, you ask?

Well, if FIFA can’t stand up to a host country, put its foot down and say, “Hey, this is what we agreed on, this is what should happen.”, other sponsors might rethink their association with the sport’s governing body too. Companies may not be willing to shell out those millions anymore if they’re uncertain if the contracts will be honoured. FIFA’s coffers could be looking a little empty soon.

And finally, there’s obviously Budweiser which spent millions in the hope that it can get a good portion of the 1 million expected tourists to chug its beer. Instead, they’re going to have to lug all that excess beer back to HQ again and incur the cost of freight and logistics.

The sales boost it hoped for could turn out to be as flat as a dosa!

What if we told you that the ban might actually help Budweiser?

We’re talking about Bud Zero, its non-alcoholic beer (yup, these things exist too) that it launched two years ago!

See, globally the sales of zero-proof alcohol are on the rise. People are increasingly cutting back on alcohol and exploring a booze-free lifestyle. They’re talking health and wellness seriously and night outs aren’t about how many beers one can down. Take the US for instance where sales of non-alcoholic brews jumped from $163 million in 2018 to $350 million in 2021. Yup, it more than doubled in just 3 years. Sure, you could argue that it’s still only a measly 0.5% of the total alcohol market. But no one can deny that it’s a fad that’s quickly catching on.

So for Budweiser, this ban could be a blessing in disguise for the company to future-proof its business. It could sprint to where the ball is already rolling — alcohol-free beers — and pump up its Bud Zero game. In fact, just a couple of months ago, AB InBev had already hinted that the Qatar world cup would be a great opportunity to try it out on a mass scale. Currently, non-alcoholic beer makes up 6.6% of the beer the company sells. And it wants to take that figure to 20% by 2025.

The ban does give it the perfect opportunity to cater to an entirely new audience, no?

But let’s say we ignore Bud Zero for now. And assume that such a sub-brand doesn’t exist in the Budweiser world. In such a case, will the ban really spoil Budweiser’s business ambitions?

It’s tough to say. And let’s look at some of the past records to understand why.

In 1998, France hosted and won the world cup. The French folks rushed to down their beers and celebrated hard. The end result? A 5% increase in beer sales in France that year. But the same can’t be said about Japan and South Korea which hosted the world cup in 2002. Sales of beer remained flat. And in 2014, when Brazil hosted the tournament, AB InBev’s sales picked up by 7%.

As one analyst put it, “You really have to be a beer-loving, football-loving country to benefit.”

Then, there’s the weather.

See, the World Cup generally kicks off during the summer months in the host country. But summer in Qatar means scorching temperatures! That’s not something anyone will enjoy. So they pushed the tournament to November when there’s a nip in the air.

But…here’s the thing with beer. Beer needs summer weather. That’s when it sells. Not so much in winter. So if you put these things together, maybe Budweiser won’t be hurt too badly. The free publicity might actually even help it.

Anyway, all this is speculation. And while we’ve probably never know how much potential beer sales Budweiser actually lost out on thanks to the ban, this could be a Bud Zero case study in the future — “How Qatar’s ban inadvertently future-proofed Budweiser.”

PS: For now, the ban on the sale of alcohol is only inside the stadiums. The booze will be available in areas such as the Fan Zone. So Budweiser could still see the sales roll on. But hey, it’s Qatar. If they could take a U-turn just before kick-off, who knows what they have planned for half-time!

The biggest mistake you could make in your 20s is not buying term insurance early. Here's why.

Maybe your parents are about to retire in the next few years and funding your studies didn't really allow them to grow their investments - which makes you their sole bread earner once they age.

3.) Tax saver benefit: You probably know this already - section 80C of the Income Tax Act helps you cut down your taxable income by the premiums paid. And what's better than saving taxes from early on in your career?

So maybe, it's time for you to buy yourself a term plan. And if you need any help on that front, just talk to our advisors 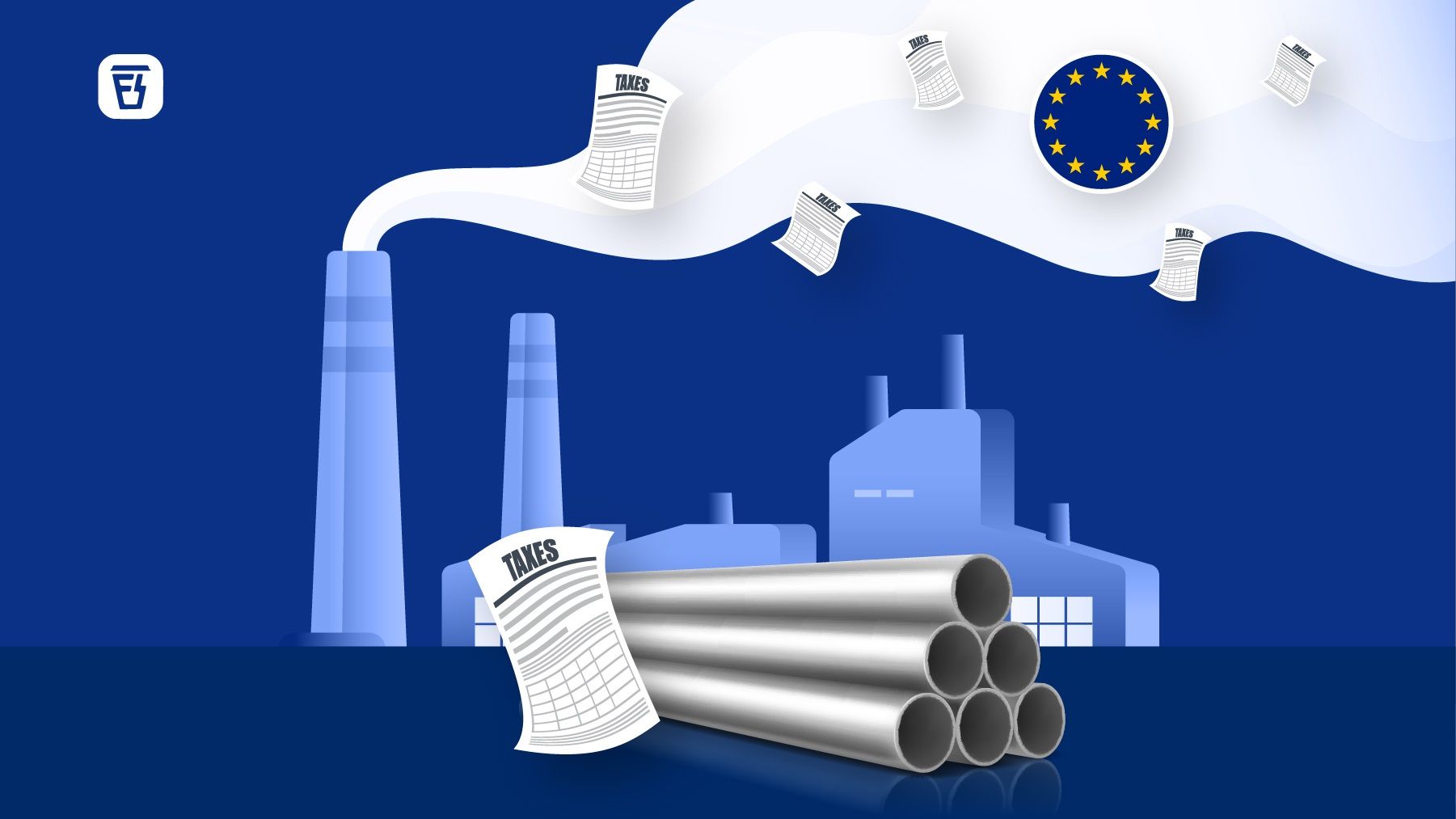 How carbon border tax may come to hurt India 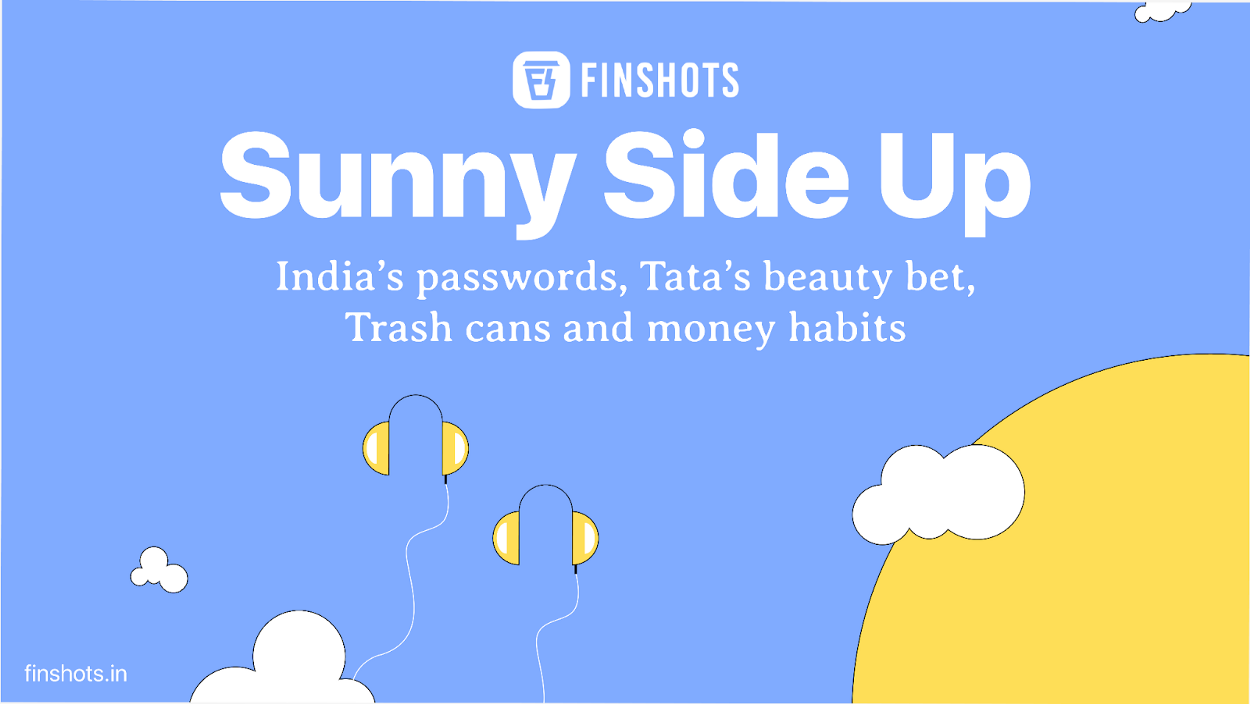 A sunny side up edition that looks at passwords, trashcans and money habits

Finshots
—
“Well, this is awkward,” said Budweiser to Qatar
Share this