That’s the big number Prime Minister Narendra Modi kept touting during a virtual event on Saturday. He noted that the government had built 3.5 crore pukka houses in the past few years. And he credited the Pradhan Mantri Awas Yojana scheme for catalysing this change.

But what is Pradhan Mantri Awas Yojana exactly?

Well, the PMAY scheme debuted in 2015. And the goal was to make affordable housing accessible to the most economically vulnerable people in rural and urban areas. “Housing for All” was the mantra. And through this, the government intended to offer every Indian family a brick and cement house with gas, water, electricity, and a toilet by the year 2022.

In many ways, this continues to be the need of the hour.

Over 2 lakh people in urban India don’t have a roof over their heads. And at least 6.5 crore people live in slums across the country. The housing problem is also the problem of congestion. According to some estimates, the per-capita floor area of congested households declined from 111 sq ft in 2012 to 83 sq ft in 2018. So you now have more people living in cramped quarters — sometimes literally on top of each other.

And it's only getting worse, thanks to urban migration.

Nearly 30 people migrate to the cities every minute. They work construction jobs. They do gigs in textile factories. And they’ll keep doing the odd jobs in the hopes of getting a more stable opportunity. Put together, this migration alone could propel India’s urban population to 60 crores by 2030.

But where will all these migrants stay?

Well, it is a problem. Buying a house in India is an expensive affair, even if you’re the upper middle class. But for somebody who’s making minimum wage, this becomes nearly impossible. Which explains why they mostly live on the streets or in makeshift slums. Sure, some people do get to stay in roofed houses on rent. But when their income dips, or when local authorities raze makeshift homes, they’re often back on the streets.

So, Pradhan Mantri Awas Yojana was a godsend in many ways. The only problem, we haven’t housed everyone just yet.

Take urban centres for instance. As of February 2022, out of the 1.14 crore houses that were sanctioned under the scheme, only 50% are now completed.

You could attribute some of this to the pandemic. You see, the PMAY scheme doesn't actually build your house for you. Instead, it subsidises some of the costs associated with building a home. And municipalities need to submit a certificate to draw funds from the government’s kitty before they can dole it out. They need to show how they’ve been utilising the funds.

But what if the beneficiary is in a bit of a rut — Their income takes a beating and they’re no longer in a position to put up their share?

What happens then? Well, in such cases, the house remains unfinished.

As one report indicates: “In Maharashtra, for example, constructing a new unit costs around INR 450,000–650,000 (land cost is separate). Central assistance up to INR 150,000 is available, but the remaining cost has to be borne by the beneficiary. With beneficiary income dropping, many projects have remained incomplete; it is not rare to find dwellings where walls have been raised, but the roof could not be laid.”

In some cases, where the projects have been completed, there have been other problems. Consider for instance, location. Everyone knows that there isn’t a lot of vacant land in urban areas. So housing projects are often moved to far-off locations. In Ahmedabad, slum dwellers near the Sabarmati River were relocated to a spot called Odhav on the edge of the city. But public transportation was hard to come by. People couldn’t commute to work every day. So they did the only thing they could. They stayed back in cities and the new homes lay unoccupied.

In the rural areas, the target was to construct 2.95 crore houses by 2022. But as of September, we’re currently short of the target by 30%.

Well, to fund the scheme, the Centre and the States put up large sums of money in a 60:40 split. But in 2020, 9 states delayed payment worth ₹2,900 crores. And that brought the scheme to a complete standstill. The centre has come down especially hard on Chattisgarh which hadn’t released over ₹560 crores last year. Nearly 7.82 lakh homes were stuck in limbo due to the shortage of funds. It had even taken the drastic measure of removing the state from the PMAY scheme.

And that’s another big issue.

But there have been other problems here as well.

For instance, consider this finding from the Standing Committee on Rural Development. While the scheme is sponsored by the central government, it’s the Gram Panchayat that has all the power in the world to authenticate who’s eligible under the scheme. But the officials’ “biased and politically motivated approach” prevents deserving people from claiming this benefit. They’re excluded based on caste and economic influence and they often have to work doubly hard to claim the benefit.

So yeah, we need more financial assistance, better accessibility, and even more coordination between the centre and the states to make this project work. With the new deadline to achieve ‘Housing for All’ by 2024, let’s hope some of these issues are ironed out.

Ditto Insights: Why should you buy term insurance early in your career?

When you’re young and healthy, a term plan probably isn’t on the priority list. Well, here’s the truth: buying term insurance early has a bunch of monetary benefits-

1) Premiums: Let’s just cut to the chase, it costs less money. Buying the same 1 Cr term cover will cost you significantly lower premiums at 25 years than at 30 years.

2) Lower cost: The premiums once set, are locked in– you pay the same amount throughout the policy term. By opting for a term plan when young, you get to pay pocket-friendly premiums. This can bring down your total cost drastically.

4.) Tax benefits: Under section 80C, you can claim tax deduction benefits on the premiums paid from early on in your career. So there’s a living benefit and a death benefit. What’s more, the sum assured received is completely tax-free.

So if buying early comes with so many perks, then why wait, right? And hey, if you need any help on that front, book a free consultation call with our advisors at Ditto.

An explainer on why CCI fined Google 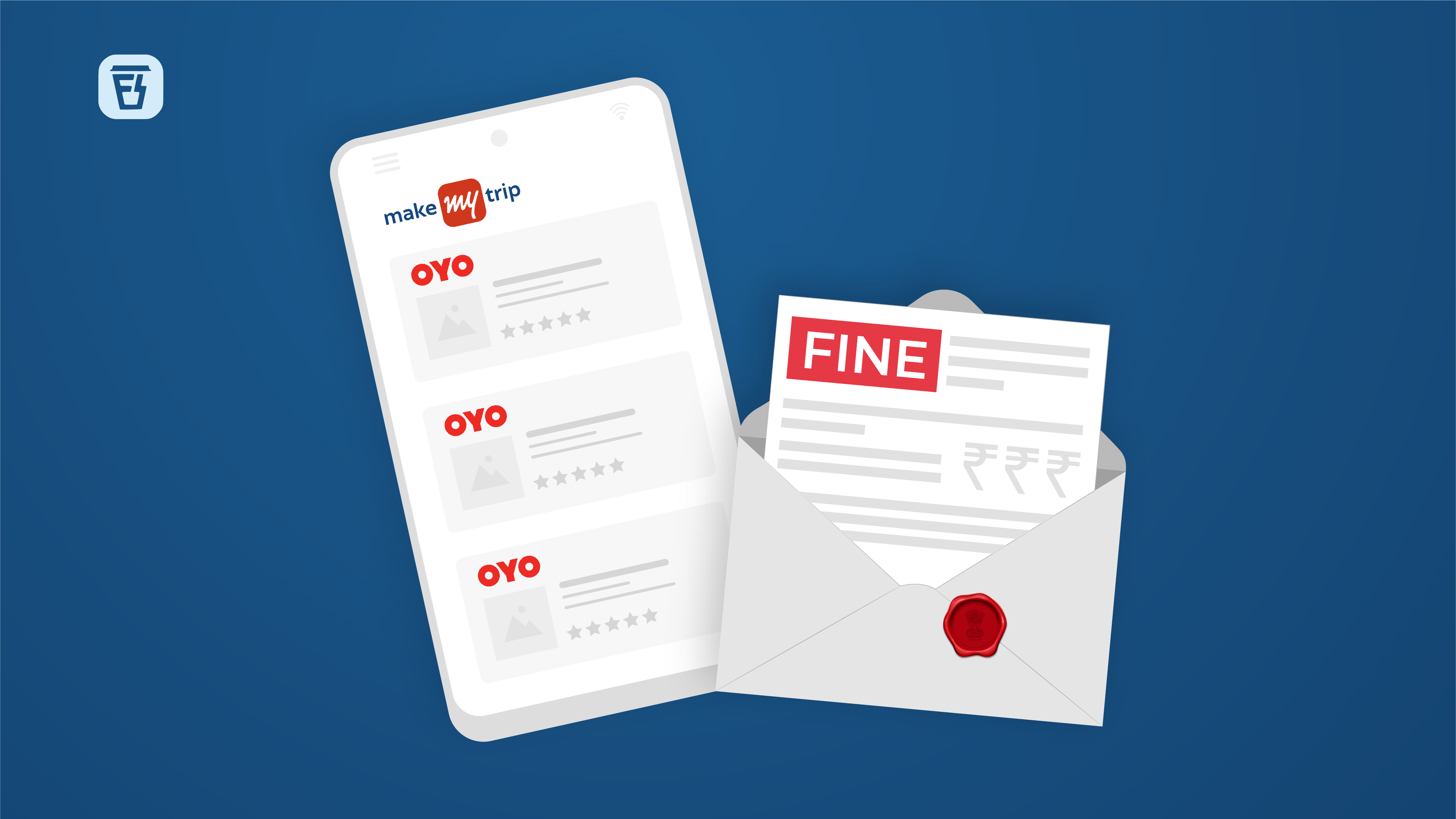 An explainer on why CCI pulled up MakeMyTrip and OYO