In today’s Finshots, we’ll tell you a story about wartime inflation and explain how all of this impacts you. It’s part fiction, part truth.

It’s Tuesday. A farmer in the heartland of Punjab wakes up at the crack of dawn and heads to the nearest market. He’s buying fertilizer today and needs potash and urea* — to grow wheat. But alas, he finds that prices have gone through the roof. Potash is up a staggering 65% in just a couple of months and he is baffled at this anomaly.

And he’s right. Russia isn’t exporting fertilizers anymore and it’s creating a massive ripple effect across countries that run on low-cost fertilizer. Including India — a country  completely dependent on Belarus and Russia for potash imports. Needless to say, the farmers are in a bit of a fix.

Over in Tamil Nadu, poultry farmers are facing a similar proposition. They need to feed their chickens. But the prices of chicken feed have jumped 20% this year.

Why? It’s Ukraine this time!

India imports something called de-oiled cake — an item used in chicken feed. But with imports at a standstill, prices are shooting up now. There’s also corn (maize) — a crop India produces in bulk. However, despite being self-sufficient on this front, we still have problems. It’s like this — Ukraine produces a lot of corn too and with the war in full swing, they aren’t exporting the stuff like they used to. So in effect, everyone is turning to India to plug the gap. And with demand for Indian corn on the up and up, prices have increased from ₹21,000 per tonne to ₹25,000 per tonne. Needless to say corn feed — another item used to feed chickens is getting pricier by the day.

You read about this in the news. It’s the topic of dinner time conversations. So you know prices are definitely heading north. You begrudgingly accept this reality and you know your wallet is going to feel light pretty soon.

But you crave a good meal and decide to whip something up at home.

You go into the store and buy atta for your chappatis. Prices are high but you’re relieved that it’s under control, for now. Then, you head down the road to get some chicken. This time, you’re shocked when you see the prices. You complain to the salesperson and ask how on earth have prices soared by nearly 70% in just the past two weeks. You know the answer of course. But you still want to vent. Anyway, you go back home and rummage through your kitchen supplies for a pouch of sunflower oil. But you find that you’ve run out of stock. You quickly call your kirana store and ask them to send over a packet. They deliver it and you’re shocked once again. It’s now ₹170!!! You recall that you paid only ₹130 last month. But you don’t even bother asking the store owner why the price has jumped by 20%. You know — 90% of sunflower oil is imported from Ukraine and Russia. And well…it’s wartime.

Anyway, it’s the weekend and you want to get your mind off of work. So you call up your friend and you decide to go and watch a movie together. You power the car, only for the fuel indicator to beep a warning. You scream in agony! You know that oil prices have skyrocketed by over 40% this year. All because Russia is such a crucial supplier of the commodity and that tap has almost turned off. But wait…you realise that fuel prices in India haven’t changed yet. Thank goodness for elections, you think! But you know it’s just a matter of time and you rush to fill up your fuel tank anyway.

But a few weeks later, India announces the official inflation figures. It’s up, but it’s not too bad.

How come? Well, you remember reading a news article online talking about the method used to capture inflation (or price rise). And it hits you. The calculation also includes prices of items like CDs and cassettes. These prices rarely matter to the Indian consumer and yet they feature in the official inflation statistics. Sure, they may not skew the figure a lot, but you’re angry that the government hasn’t updated the list since 2012.

It’s a farce, and then it finally hits you.

The second-order effects are already in play and it’s making things expensive whether the official figures state so or not.

*While Urea prices have soared by over 100% internationally this year, fertilizers price in India has been constant since 2013. How’s that? Because the government takes the burden off of people by subsidizing it. 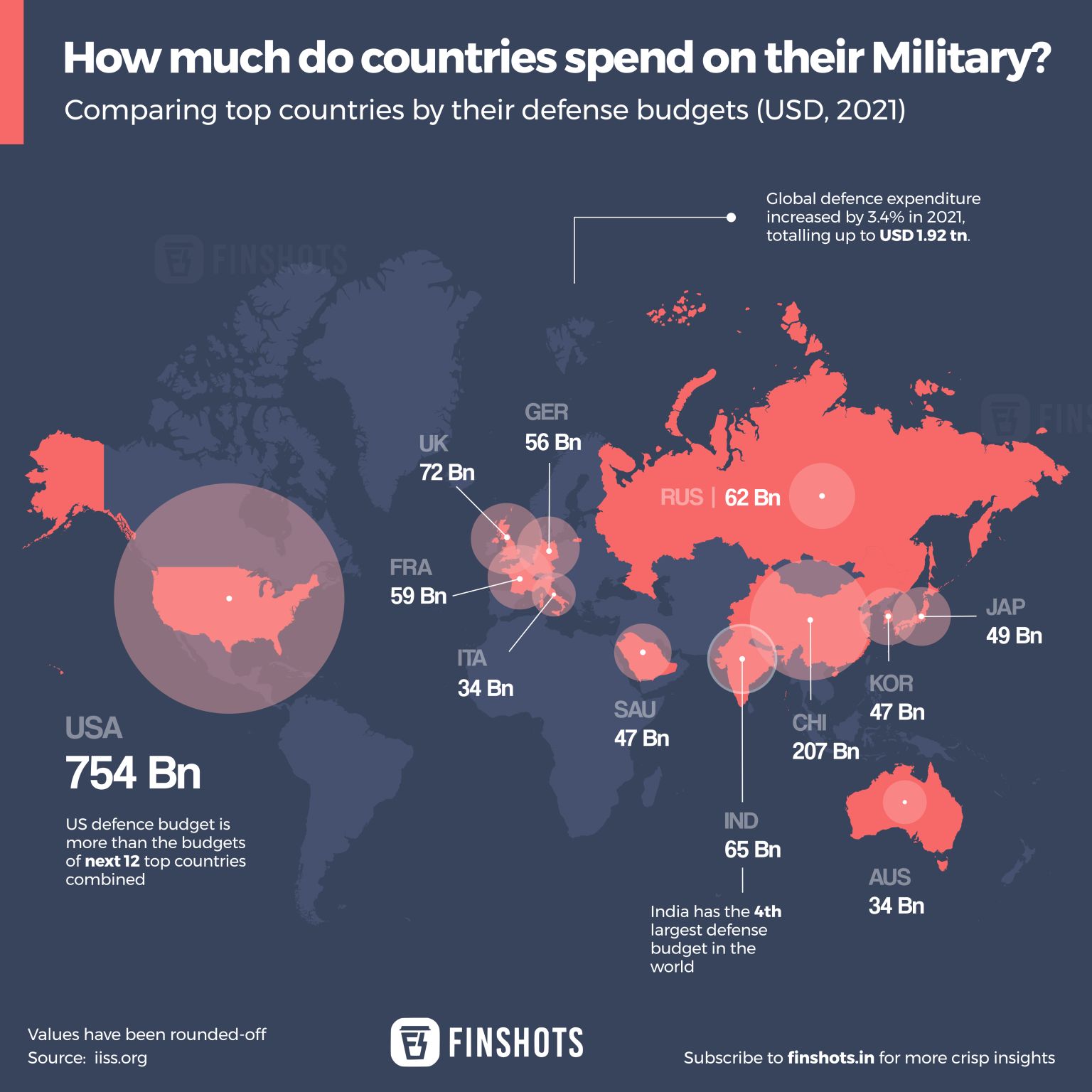 An infographic on the countries having the largest military budgets. 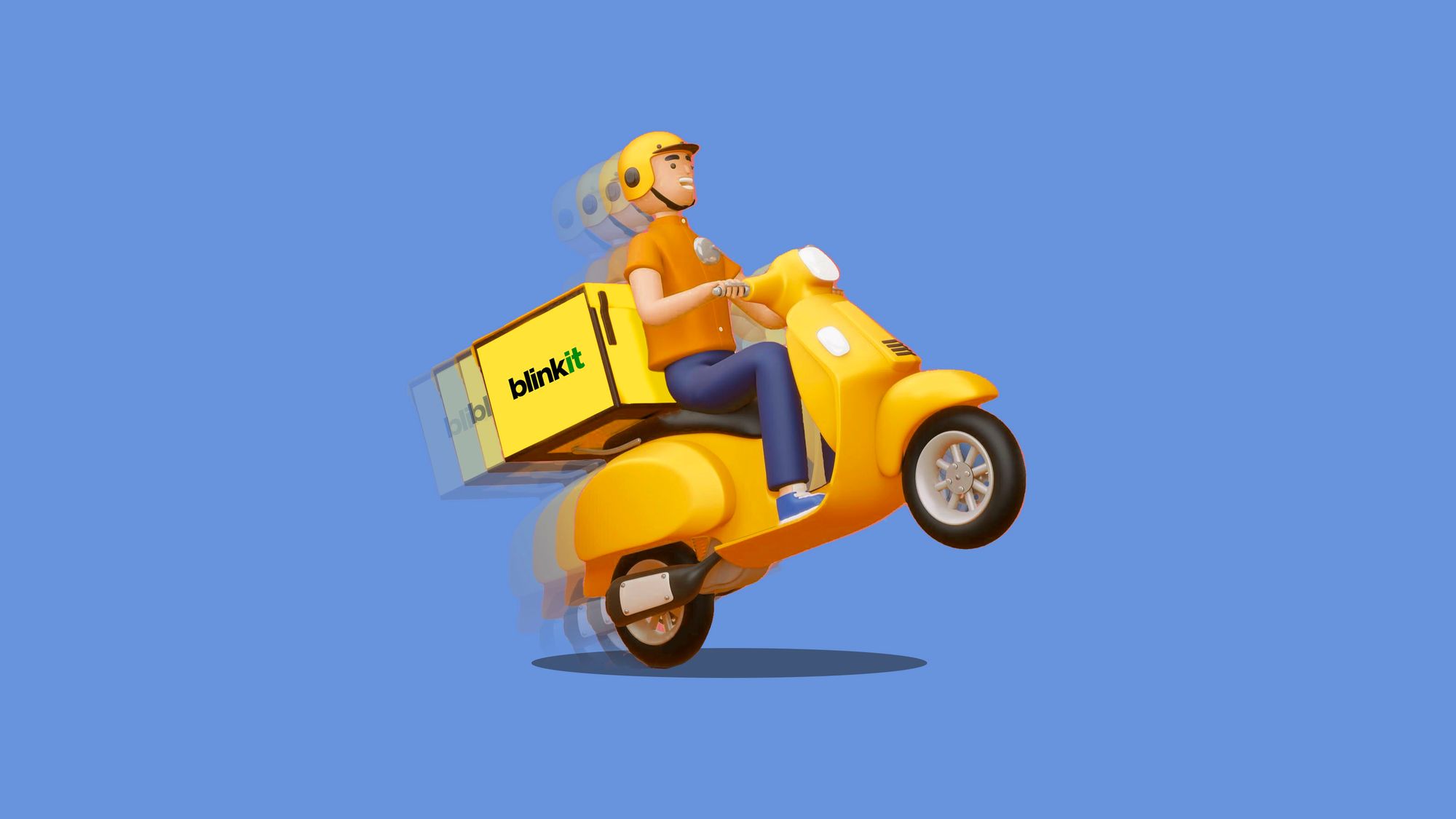 An explainer on whether BlinkIt will make it