In today's Finshots we talk about the economic reforms of 1991

On Thursday, Finance Minister Nirmala Sitharaman stirred the hornet’s nest. She was delivering a speech in Mumbai and she apparently called the 1991 economic reforms “half-baked”.

Now it’s possible something was lost in translation. The honourable minister was speaking in Hindi and she isn’t known to be particularly proficient in the language. But irrespective of whether she meant it or not, we thought it would be a good idea to trace the path to the 1991 reforms.

See if it deserves all that praise.

But before we get there, a reminder that there’s a lot written about the matter already. And offering a simplified summary isn’t very easy. So we will have to leave out many interesting details and just focus on the important bits.

And with that lengthy introduction out of the way, let’s get to it, shall we?

It’s 15th August 1947. India is finally free from the clutches of the Empire. But as we enter this new dawn we await a painful reckoning. The country is fragile and poor. We need to protect our people and help them move up the social ladder. And the government at the time didn’t think the private industry would prioritize the needs of these many people.

So they imposed restrictions — on both domestic enterprises and foreign. Most companies had to shut shop and go home. Few were allowed to operate in the country. In the meantime, the government took it upon itself to power the country’s economic engine. They entered manufacturing, the services industry, and distribution. They were even making watches at HMT.

And within a few years, the government intervention gave way to "License Raj". You needed several hundred permits to produce even the most mundane items — soaps, TVs, you name it. And it wasn’t as if these permits were doled out quickly. In fact, it took over 400 days to obtain approvals in some cases. But that wouldn’t be the end of it. They were also told what to produce and how much to produce. It was centralized planning at its finest.

Only problem? Consumers suffered in tandem. If you wanted a scooter, you’d have to wait 10 years! Corruption was rampant. And bribing was considered routine.

You can imagine that this didn’t help the economy all that much. In fact, GDP growth slowed to a crawl — around 4% annually. While other developing countries like South Korea were racing ahead, India was slow to change.

India also went on a spending spree and doled out a lot of agricultural subsidies. And after the wars with China, we were spending a lot of money on beefing up our defence. We weren’t earning all that much because we didn’t export a lot. In fact, our share of global trade fell from 2.2% in 1947 to a puny 0.45% in 1985. It was mayhem.

And we kept borrowing money from external parties. Our external debt nearly doubled from $35 billion in 1985 to $70 billion in 1990. You can imagine how much interest we had to keep shelling out.

Finally, this reached a boiling point in 1990. Iraq invaded Kuwait and oil prices went through the roof.

The sins of the past had also caught up. Foreign aid wasn’t forthcoming and India’s dependence on NRI remittances also became an issue. Our forex reserves plummeted. And soon enough, we found out that we didn’t have money to pay for imports. In fact, we had barely enough for 2 weeks.

India was on the brink of bankruptcy. And it was scary!

There was a lot of political uncertainty on the side. The government had collapsed. Rajiv Gandhi was assassinated in May 1991. India’s credit rating had been downgraded. Investors didn’t want to touch India with a barge pole.

What could we do?

Well, we had a boatload of gold stashed away. And it was our last resort. So the central bank used the gold as collateral, shipped them abroad and raised millions in a desperate bid to save the country.

But we were not out of the woods yet.

When PV Narasimha Rao was about to assume office as India’s new Prime Minster in July 1991, it would be trial by fire.

The situation was dire and everyone was scrambling to figure out how we could pull ourselves out of this mess. The cabinet secretary then handed over a note to Rao. He looked at it and asked a simple question, “Is the economic situation that bad?”. The response — a spine-chilling, “No Sir, it’s worse.”

That single response apparently changed Rao from being a staunch socialist to a champion of liberalization. Along with his finance minister Dr Manmohan Singh, they formulated a plan to revive India.

And there were 3 big items on the agenda:

They basically had to take a U-turn on India’s ideological stance.

And the clarion call?

Well, these were Dr Manmohan Singh’s final words in the Budget speech of 1991:

“I do not minimise the difficulties that lie ahead on the long and arduous journey on which we have embarked. But as Victor Hugo once said, “No power on earth can stop an idea whose time has come”. I suggest to this august House that the emergence of India as a major economic power in the world happens to be one such idea. Let the whole world hear it loud and clear. India is now wide awake. We shall prevail. We shall overcome.”

Not many realized the magnitude of these reforms. Newspaper headlines didn’t scream about it.

So it doesn’t matter what label we slap on the economic reforms of 1991. But it is undeniably a turning point in the country’s history.

The only question left is — was it all Rao and Singh?

Well, there’s no doubt that the blueprint for change already existed. Many governments and ministers had dabbled with the idea. But until India had its back against the wall, nobody really had the gumption to execute such drastic reforms in such a short period of time. And that’s precisely what Singh and Rao did when they formed an unlikely political partnership 31 years ago.

So, yeah, we’ve said our piece. But what do you think — were the reforms half-baked or did they boost India’s quest to become an economic superpower?

About a year and a half ago, we launched Ditto. At the time we had a barebone website and we felt like we needed to do something about it. We wanted it to be useful to people. Not just Google and its search algorithm. So we decided to do something drastic. We went through 150 health insurance products (all available to the retail public) and simplified them for anybody who wanted to understand their policies better.

But since then, we had another request — Comparison tools. The ability to evaluate differences between two policies. And no, we didn’t want to just plonk a table and offer you meaningless comparisons without context. Instead, we wanted to do something that was useful. Something that would help you decide.

Something with a conclusion at the end that says — “This policy is better or that other policy works best for heart patients.”

And we finally have it. I am not going to preach about the utility anymore. You can just try it yourself and let us know what you think.

Link to the comparison tool here. 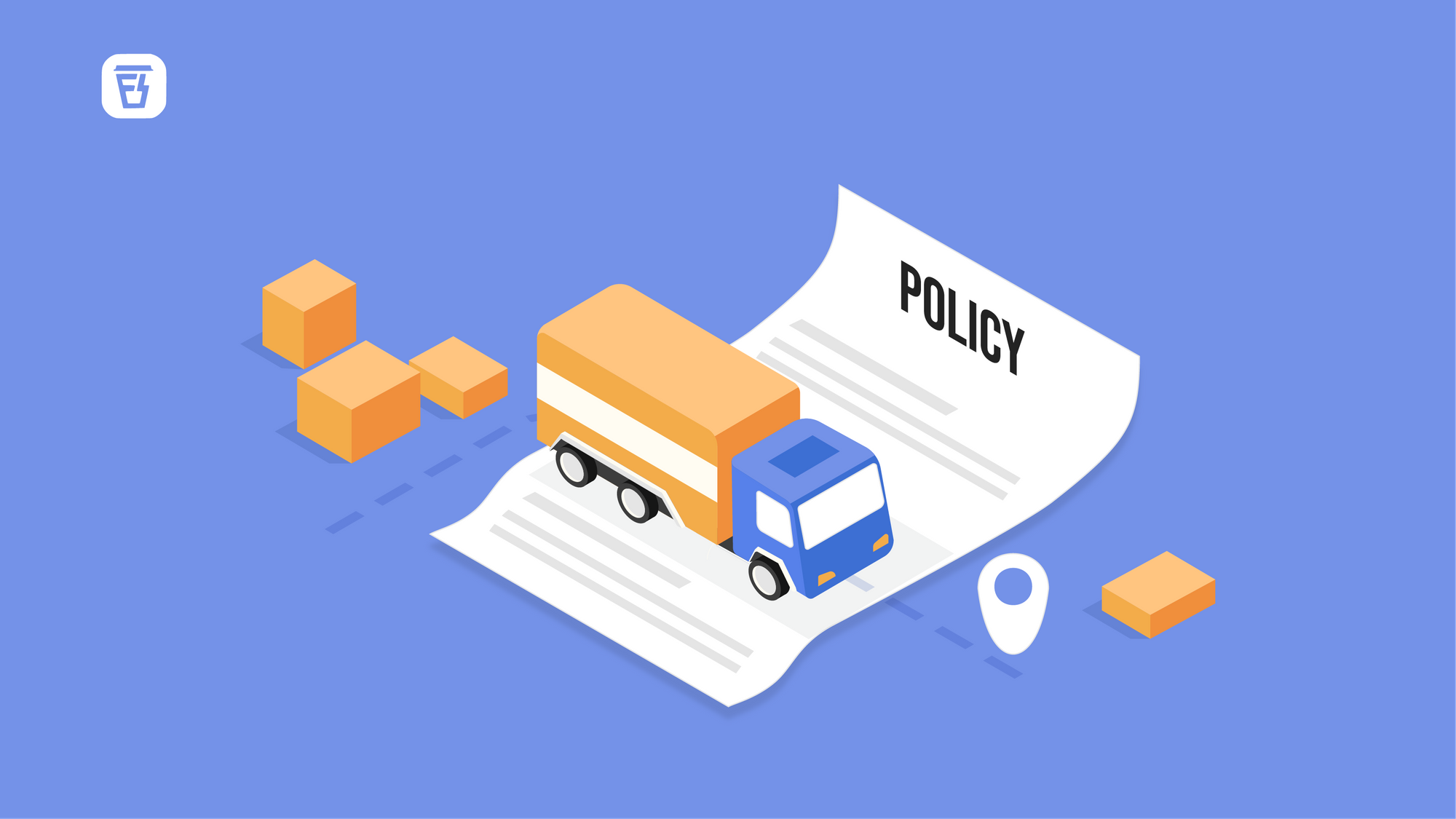 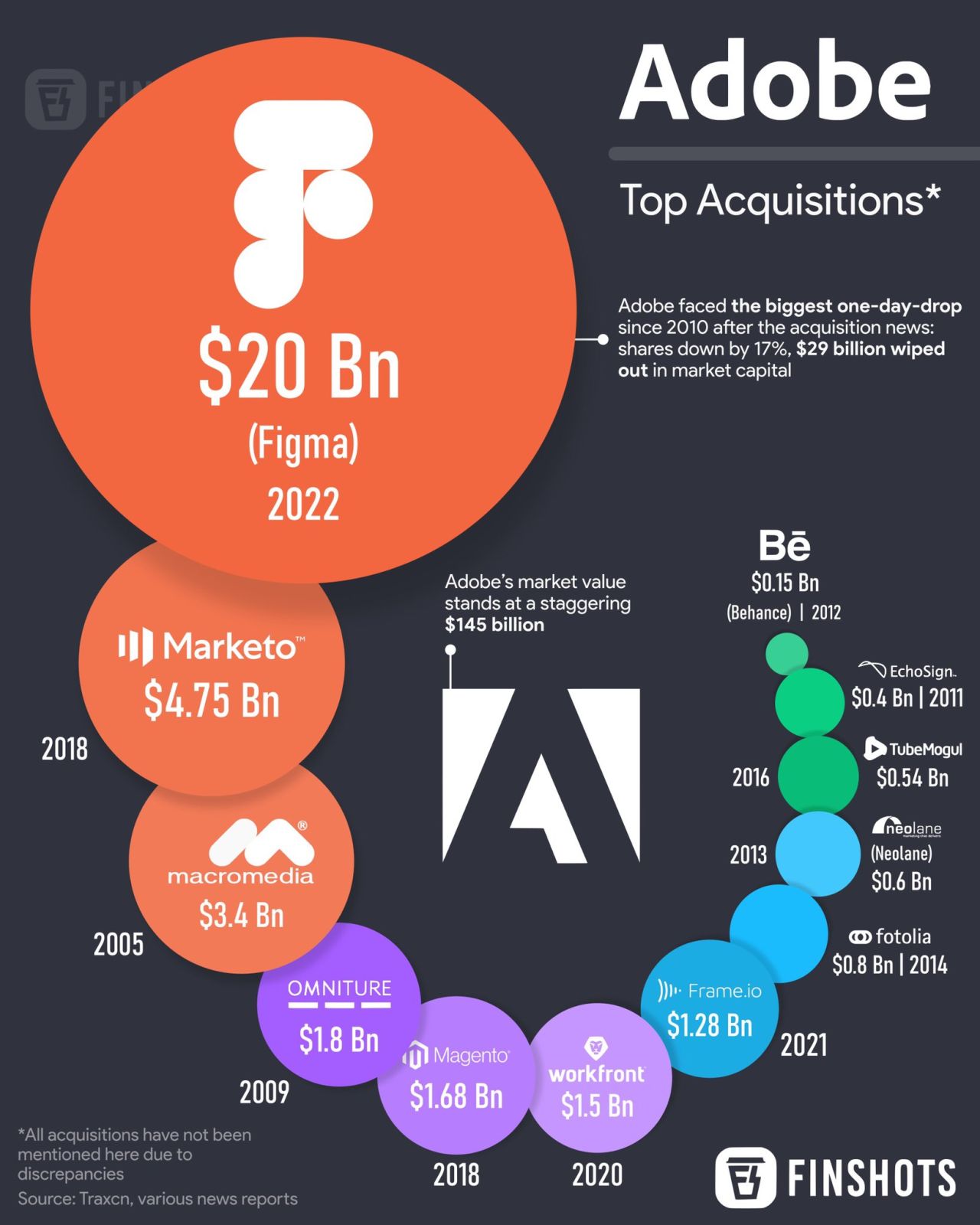 An infographic on Adobe's largest acquisitions till date!