They’re all YouTubers with millions of subscribers.

But there’s something else that ties them together.

They’re all ‘scam baiters’ —people who engage in a form of internet vigilantism. They first identify fraudulent schemes and pretend to be a gullible customer. Once the scammer starts spinning their web of lies, these people turn the tables and hack into their systems. Often even accessing webcams and gathering evidence that could potentially incriminate the scammers and shut down the operation.

They aren’t always successful but the work they do has undeniably helped thousands of people.

But if you’re wondering why on earth we are talking about scammers and scam baiters now, well…here’s the unfortunate reality. Most of the scammers come from India! According to the Federal Bureau of Investigation (FBI), Indian scammers have fleeced gullible Americans of a whopping $10 billion in 2022. Think Netflix series Jamtara but featuring American victims.

And how do these scammers go about their nefarious scheme?

Step 1: Pick a name that no one will suspect — like how one scam centre in Bengaluru was called Ethical Infotech Pvt Ltd.

Step 2: Take up space on lease in a residential or commercial neighbourhood in cities like Bengaluru, Delhi, and Kolkata. Either trick the landlord into believing that you’re a legit enterprise. Or work in cahoots with them to find property in a respectable area where no one will suspect anything. Pay the realtor a hefty commission and pay double or triple the actual monthly rent.

Step 3: Hire employees and promise them an honourable call centre job. Sometimes through newspaper ads like this — “International BPO. Zero years’ experience. 40% ENGLISH required. ONE-DAY training. Fast CAREER Growth — a LIFE is what you make.” Train them to dupe naive folks and give them a multi-page script. They’re just expected to read off the script.

Step 4: Call up unsuspecting Americans. Pretend to be officials from the tax departments. Threaten them with imprisonment for tax fraud and evasion. Issue threats like, “Do you want the IRS to publish your case on national news channels, special newspapers or on the radio notifying how you have committed this crime with IRS?”

This will freak people out. It’s the law after all!

Step 5: Ask them to drive out to a nearby store and purchase gift cards to make the payment worth hundreds of dollars — it could be an Apple or Amazon card. Ask them for the code on the card and pocket the money.

Sure, you might think that it sounds really stupid. Who in their right mind would believe that the tax department would accept payment in gift cards!!! And you are right. Most targets do hang up. But for some people, the threat of jail time can be quite overwhelming. And the scammers need only a tiny success rate. They call thousands of customers each day and if a few people budge, the company can still walk away with millions in profits every year.

But the big question is — how is India at the centre of it all?

Well, in the late 90s and the early 2000s India became a preferred outsourcing destination for Western companies. We had low wages, a massive English-speaking population and a burgeoning group of young people with sound technical knowledge. The economy was also opening up at the time and global companies jumped at the opportunity. They set up back office call centres here. All for customer and tech support roles. But over time, we lost our edge a bit. Places like the Philippines turned out cheaper and companies migrated their operations to Manila. It led to a decline in the Indian call centre business.

But the stage had been set. People in smaller towns and villages knew that ‘Spoken English’ could make them rich. The allure of the call centre job didn’t quite disappear. And unscrupulous individuals stepped in to fill the void. All they needed was a few laptops, a steady internet connection, and a database of American citizens sourced from data thieves. A scam call centre was ready.

Add to this the unavailability of secure government jobs for India’s youth. Between 2014 and 2022, the central government received 22.05 crore job applications. But a puny 0.30% or 7.2 lakh people were recommended for final appointment. And we’ve all heard the stories of engineers and MBA graduates even applying for jobs to become peons and sweepers, right?

And when there’s an employment issue the promise of a fat salary can be very enticing. In the words of one scammer, “to become a rock star we have to do something.”

So they resort to crime. But unlike other scams, there’s a reason why this scheme is particularly successful. It’s simply not easy to prosecute the scammers involved.

You see, India apparently does not have a law that criminalises this type of fraud. The financial transaction happens outside the country. And cops first need a complaint that accuses the centre of cheating. They can’t march into a centre and pre-emptively raid it.

“Our problem,” he [Murlidhar Sharma, a senior official in the Kolkata city police] said, “is that we can act only when there’s a complaint of cheating.” In 2017, he and his colleagues raided a call centre on their own initiative, without a complaint, and arrested several people. “But then the court was like, ‘Why did the police raid these places?’” Sharma said. The judge wanted statements from victims, which the police were unable to get, despite contacting authorities in the U.S. and U.K. The case fell apart.

And even if the Indian cops reach out, people from abroad simply can’t trust whether they’re being scammed again. Or if it’s the actual cops.

That’s why even when Jim Browning or Pierogi or Kitboga hands over a tip the police, there’s not much they can do. It’s because the cops know that they may not have much success in court.

But maybe, things are finally looking up. Or looking worse for the scammers. The US is deadly serious about catching these individuals.

For instance, take the case of Hitesh Patel aka Hitesh Hinglaj who was sent to jail in November 2020. He operated a scam call centre from Ahmedabad and defrauded Americans of millions of dollars between 2013 and 2016. When he realized that the authorities were on to him, he fled to Singapore. But the US was smart. In 2019, they simply requested Singapore to arrest Patel on their behalf. And then extradite him so that he could be prosecuted in an American court.

It was the first ever multi-jurisdictional prosecution that involved India’s call centre scam industry.

Now, even India’s CBI is getting in on the act. They launched Operation Chakra and joined hands with international law enforcement. The sole goal is to target the international scammers sitting in India. With 85% of scam calls originating in India, it’s high time we go all guns blazing and take them down.

Hopefully, we can soon shed the dubious tag of being the world’s scamming centre. 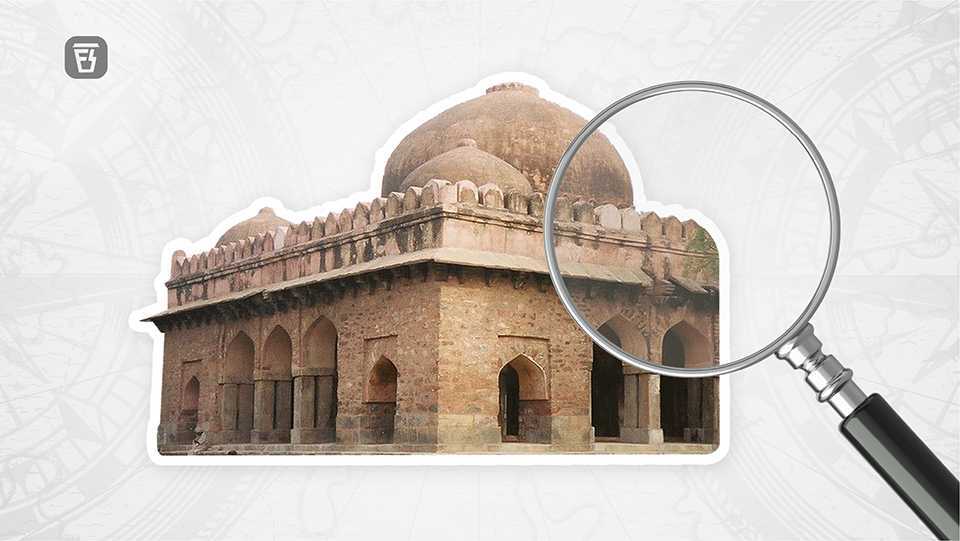 An explainer on the economics surrounding India's missing monuments 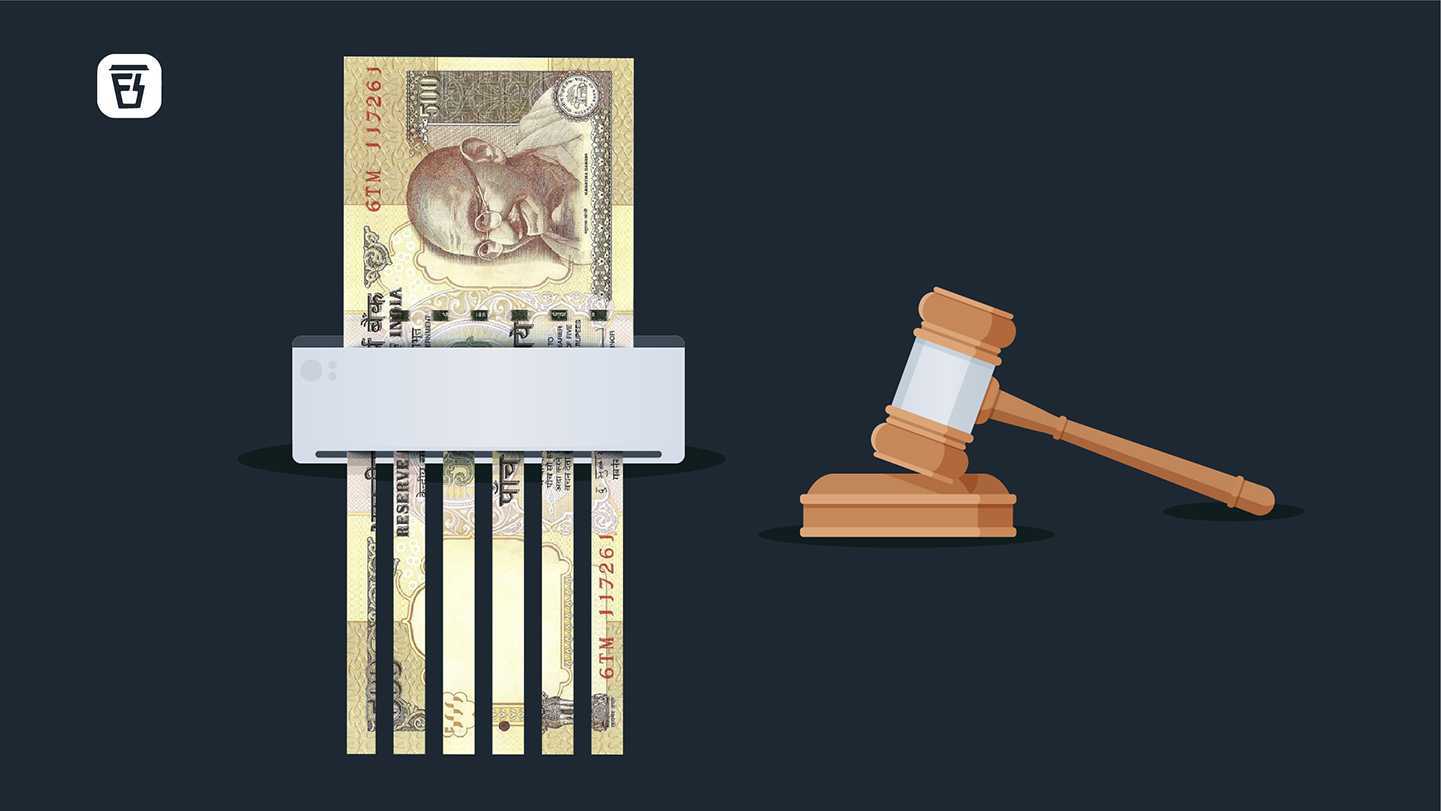